The class of wound dressings known generically as the 'superabsorbents' (or SAPs, due the content of superabsorbent polymers) has become very popular with clinicians, mainly for their exudate-handling capacity.

While many SAPs are used solely for exudate uptake, they are also widely used as secondary dressings to retain a wound-contact layer in place on an exuding wound. Just because their composition is broadly similar, not all dressings in this class are clinically or technically equivalent.

Differences in the composition of the product can and do influence performance. SAPs can vary according to the polymers used and in the structure of the whole dressing. This has been clearly demonstrated in a study that compared a number of SAPs, but not Eclypse.

Mere fluid uptake volume is not the only performance criterion whereby an SAP should be judged; exudate management is not simply a matter of achieving maximum fluid uptake. We have moved on from the principle of using highly absorbent materials simply to take up as much exudate as possible.

Effective exudate management is a question of achieving an optimum moist-wound healing environment without risk of maceration of the skin or wound bed, increased risk of infection from strike-through or discomfort to the patient from saturated, bulky dressings.

Technically, this entails fluid uptake matching exudate rate, maintenance of moisture at the wound bed and an effective bacterial barrier. Clinicians and purchasers must look carefully at dressing composition and performance characteristics - and beyond simple in vitro fluid uptake data - before deciding upon their choice of SAP.

It is very difficult, perhaps impossible, to judge exactly when full absorptive capacity is reached. There will always be a high risk that dressings will be left in place for too long. Oversaturation or leakage will increase the risks of maceration and strike-through. It is more a prudent clinical practice to change SAP dressings before saturation, as there is nothing to be gained from putting the patient at risk for the sake of an extra day of wear time.

SAPs have been shown to be particularly effective in the cleansing phase, where proteolytic activity is high leading to tissue breakdown. This is attributable to matrix metalloproteases (MMPs 2 and 9), elastase and collagenase enzymes. All are involved in tissue remodelling, but, when not modulated (appropriately inhibited), have been linked to wound chronicity and necrosis. Eclypse has been shown to completely inhibit collagenase and to bind the two most important MMPs, 2 and 9.

The secondary dressing role of SAPs has not been researched or discussed in the literature. It cannot be assumed that all SAPs are equivalent in this respect. Advancis Medical has designed Eclypse to act as a secondary dressing when used over the Activon honey products, functioning to optimise the action of honey on the wound bed and to not absorb it into the polymer matrix.

Thus, caution must be exercised when selecting an SAP. Look carefully at the performance characteristics, claims and supporting evidence.

References are available upon request. 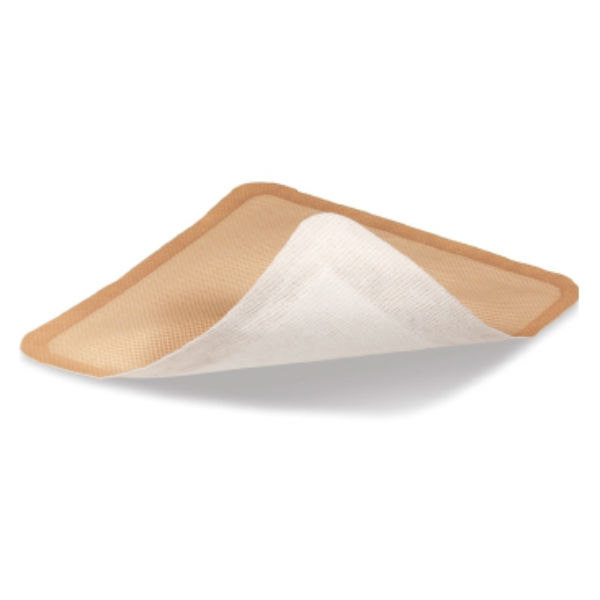 Advancis’s dressing has actions beyond exudate uptake, including completely inhibiting collagenase and binding MMPs 2 and 9.