Roche Molecular Systems - HAIs: the need for speed and reliability

Healthcare-associated infections present a problem for medical institutions, with their presence and possibility of spreading endangering patients' well-being and having sizable direct monetary costs for hospitals. As Professor Udo Reischl from University Hospital Regensburg and Dr John Osiecki of Roche Molecular Systems explain, the key to mitigating their impact lies in the speed and reliability of identifying colonised and infected patients - something molecular testing can help with.

The majority of patients entering healthcare institutions are suffering from severe or chronic life-threatening conditions that require the best care and treatment the medical community has to offer. The goal is to receive state-of-the-art care to facilitate the healing process, recover from illness and return to a normal life - or rather, a new normal for those with managed chronic conditions.

Added to the condition that led to hospitalisation, patients too often face an additional threat of healthcare-associated infections (HAIs). HAIs can have a major impact on the success of treatment, progression of healing, morale and outlook for individual patients.

In recent years, there have been dramatic reports of patients struggling with the control of renowned superbugs such as MRSA (meticillin-resistant Staphylococcus aureus) and Clostridium difficile, a frequent culprit of disease acquired in healthcare settings.

Like many of the troublesome microorganisms, S aureus has evolved genetically transmissible mechanisms of resistance to many of the currently available antibiotics. MRSA describes resistance to all ß lactams, although meticillin, a narrow-spectrum beta-lactam antibiotic, is no longer used for treating patients due to drug instability and the evolution of resistance.

Studies estimate that about 5% of people are colonised with MRSA, carrying these resistant organisms on our skin or anterior nares, which could lead to opportunistic infections when our skin is compromised or immune system weakened.

We can share these superbugs with others through direct contact with skin, or touching contaminated objects and surfaces. Long-term care facilities and hospitals have been challenged with preventing transmission of MRSA between patients, which can lead to severe disease such as sepsis, pneumonia and surgical site infections.

C difficile, a toxin-producing, spore-forming, anaerobic bacillus, is also a common cause of antibiotic-associated disease and frequently encountered in healthcare settings. Early studies of general populations around the world show that 5-15% of participants have culturable C difficile in their stool. It has been demonstrated that colonised patients, when treated with broad-spectrum antibiotics, clear the normal flora of the gut, which allows C difficile to flourish, producing toxin-associated watery diarrhoea, fever, nausea and abdominal pain. Patients with progressive infection may develop pseudomembranous colitis, toxic megacolon, colonic perforations, sepsis and, rarely, death.

Previous reports describe particularly virulent strains of C difficile, one such is ribotype 027, and although these have been observed in Europe, they do not appear to have the associated increased virulence. Most of the fulminant or even fatal C difficile infections observed in recent European clinical studies are associated with strains of the most common ribotype, 001. Infected patients are capable of shedding large numbers of C difficile spores that contaminate the patient, healthcare providers and hospital environment - skin, clothing, bedding, nearby instruments and surfaces.

Paying the price of preventable infections

Multicentre point-prevalence surveys of industrialised countries in Europe have shown 7.1% of patients on any given day in acute care hospitals have a nosocomial infection; that is more than 4.5 million potentially preventable infections occurring in 4.1 million patients. A recent report on the direct medical costs of HAIs in US hospitals showed overall direct annual costs up to $40.0 billion. Benefits of prevention could provide direct annual savings of up to $31.5 billion when 70.0% of preventable infections are thwarted. On a per-case basis, surgical site infections contribute the most to overall costs, 33.7% of the total, and weigh in at an average cost of $20,785 per case. C difficile infections make up 15.4% of HAIs and are reported to have an average cost of $11,285 per case.

Many HAI-causing pathogens can survive from days to weeks in the hospital environment. Spore-forming organisms, such as C difficile, can survive on inanimate surfaces for months. These organisms can be transmitted to other patients through transient colonisation of healthcare workers' hands.

Environmental surveillance conducted in the rooms of infected patients shows contamination rates can be high, requiring robust cleaning and infection control procedures to protect current patients and those that will be admitted to that room in the future. The unfortunate reality is that patients admitted to a room where the previous occupant was positive for MRSA or C difficile are more likely to acquire an HAI.

What is the solution for this complex problem? The answer is obvious but has been elusive for most institutions: improve hand hygiene and hand-washing compliance, maintain clean surfaces that are uncontaminated, and reduce the burden of colonised and infected patients in your institution by identifying the appropriate patients for infection control and treatment.

Many frustrated healthcare institutions have maintained a stable rate of 40% hand-washing compliance before and after seeing a patient, the recommended approach for controlling transmission. Physicians see themselves as relatively healthy, although they spend considerable time with infected patients and don't feel it's always necessary to wash up to protect themselves.

Recent work published in the Journal of Psychological Science suggests that physicians improve hand-washing compliance when they recognise clean hands are for the benefit of every vulnerable patient and not only for their own well-being. Another recent study took a close look at contamination of healthcare workers' hands when servicing patients infected with C difficile, and found that even with protective gown and gloves, 25% had culturable spores on their hands. The problem is bigger than just hand hygiene.

It is well established that common hospital-acquired pathogens are recovered from general and high-touch surfaces within rooms following routine cleaning during a patient stay, and following discharge or transfer. Daily cleaning of rooms with germicidal sodium hypochlorite wipes, rather than quarternary ammonium compounds, on wards with a high incidence of C difficile infection can reduce incidence of disease by 85%.

There are several approaches for identifying patients colonised and infected with MRSA, and the most effective approaches provide accurate results in a timely fashion for effective management. In outbreak situations, a reliable high-throughput system for rapid identification of MRSA can be a very useful tool for identifying the highest-concern patients and managing them appropriately. Reducing cost for the hospital and providing state-of-the-art care is the name of the game. Reducing isolation days for suspected patients, who are cleared by a molecular assay in one or two days, during a search-and-destroy campaign provides a considerable saving over traditional culture methods, which may require five days.

One study from the Netherlands estimated €7.3 million of hospital savings over four years when using molecular testing instead of culture methods. Another MRSA screening study, conducted in the US, compared PCR to traditional culture techniques for paediatric and surgical intensive care units to determine cost-effectiveness for the hospital and laboratory.

A fivefold reduction in HAIs was observed when PCR was used to identify carriers, which translates into $50,000 for each hospitalisation when considering extended length of stay for an MRSA HAI, compared with patients identified on admission with MRSA and managed appropriately.

Infection control for C difficile, however, is about preventing the spread of disease from symptomatic patients. The goal is identification of those with C difficile-associated disease and containment to protect vulnerable patients within the institution. When comparing traditional cell culture cytotoxin neutralisation, a dual-testing algorithm of glutamate dehydrogenase (GDH) and toxin enzyme immunoassay with a rapid molecular test for identification, almost twice as many symptomatic patients were determined positive by PCR over culture. Follow-up of patients with discrepant results showed more than 90% were clinically confirmed with C difficile infection, providing evidence that timely and accurate results provided by molecular methods correlate well with clinical diagnosis.

Are we making an impact?

Carefully designed infection control initiatives to control the spread of disease appear to be making a difference, as rates of HAIs are dropping in some countries. Fundamental practices such as hand hygiene and facility cleaning are the foundation of strong prevention programmes, but more can be done.

New tools are available to minimise environmental contamination, and will likely become an integral part of hospital design as the return on investment is realised and documented through robust studies. The future holds great promise, as infection control and prevention focuses on the tools of choice for diagnostic testing - rapid, sensitive, specific, and robust tests optimised for early and reliable identification of colonised and infected patients.

We can now identify these patients early on, and spare them extended hospital stays, isolation precautions, suffering and emotional stress, improving progression of healing and morale, making an impact one patient, and one family, at a time. 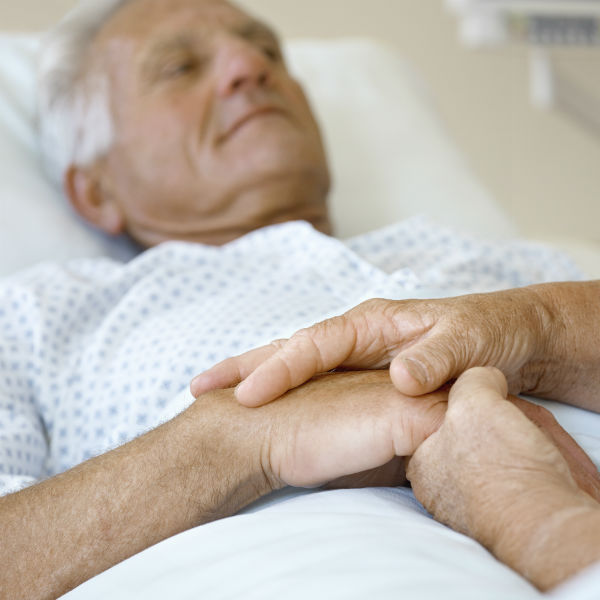 Savings hand over fist: HAIs are commonly spread via touch – increasing hand-washing is therefore an effective means of reducing spread and cutting costs.