Australia’s Centre for Population Genomics (CPG), a collaboration between the Garvan Institute of Medical Research and the Murdoch Children’s Research Institute, has launched a new initiative to engage diverse communities in genomic research. Supported by a 10 million Australian dollar (US $6.26 million) grant from the Australian Government, as well as contributions from Illumina and other organizations, the Australian Genetic Diversity Database project, called OurDNA, will gather data to improve disease prediction, diagnosis, and treatment in underserved communities. 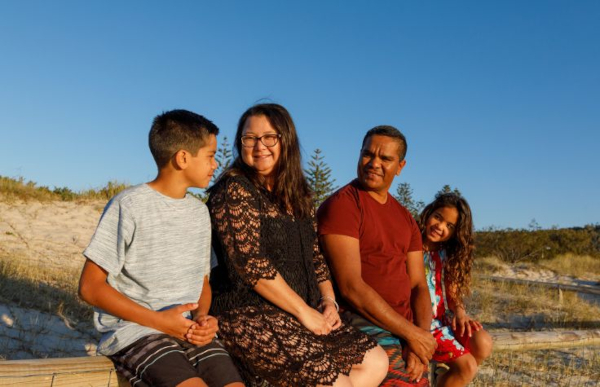 “Existing global databases are highly skewed towards people with European ancestry,” says Professor Daniel MacArthur, who directs the CPG and leads the OurDNA initiative. “This means Australians who are not of European descent may have difficulty being diagnosed for a genetic disease and may not benefit from ongoing advances in genomic medicine.”

The OurDNA team is prioritizing these groups based on their size, lack of representation in existing databases, and clinical need. The researchers will also work closely with the CONNECT Consortium, a national Indigenous-led effort that aims to empower Aboriginal and Torres Strait Islander people in genomic medicine and research.

Minority communities in Australia have been underrepresented in genomic research for several reasons. In some cases, study organizations may have catered to majority populations because they are easier to contact through conventional communication channels.

Researchers have also not developed culturally aligned and language-appropriate participant information and education resources around genomics for many of Australia's diverse communities. As a result, it can be difficult for researchers to communicate a project’s goals and benefits.

“A major focus of this initiative is consulting extensively with communities prior to recruitment,” MacArthur says. “We want to ensure that we fully understand and accommodate each community’s needs in our program design as much as possible.”

To increase participation, the project is adopting participatory approaches that have successfully diversified medical research in other countries. For instance, the team will work closely with stakeholders from each community to better understand their views and expectations, and collaborate with them to design communications. Following the co-design process, the program will reach out to potential participants through a series of community events and other channels. Individuals who consent to participate in the project will contribute to the development of genomic resources that are more representative of Australia’s diversity, including a reference database of genetic variation designed to improve the diagnosis of patients affected by rare genetic diseases.

The CPG is working with academic and industry partners, including the Federation of Ethnic Communities Councils of Australia, Australian Red Cross Lifeblood, and Australian Genomics, to engage diverse communities throughout the country using proven approaches.

Google Cloud and Microsoft are supporting secure data storage, and the Broad Institute of MIT and Harvard is collaborating with the CPG to make the data available to maximize its impact for patients worldwide. Illumina will be supporting the generation of whole-genome sequencing data, which is critical for the impact of the project on disease diagnosis rates.

“Illumina is providing discounted reagents and flow cells for the whole-genome sequencing that is so essential to this project,” MacArthur says. “Ultimately, we hope to sequence at least 7,000 genomes to gain a broader picture of the genomic diversity in Australia.”