A new spin on things 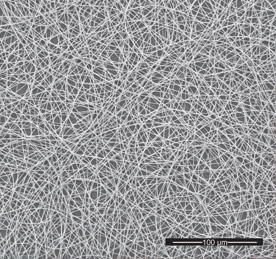 Butte-Silver Bow is one of 54 counties in Montana with a healthcare shortage. The state as a whole, the fourth-largest in the US, is made up of a total of 56. Some have it worse than others. In the open spaces towards the eastern border with the Dakotas, nine counties don’t even have doctors.

The costs and challenges of providing healthcare services in areas where people live hundreds of miles from physicians are self-evident. For many Montanans, there’s a clear need for cheap and practical instruments that can help compensate for shortfalls in medical expertise and infrastructure, but their concerns rarely drive medtech developments. The situation isn’t helped by the presupposition by original equipment manufacturers (OEMs) that their products will be used within well-funded health systems in state-of-the-art medical facilities catering for younger urban and suburban populations. Montana is about as far from this model as a state can get, possessing the sixth-oldest population in the union and the fifth most rural.

As such, it should not be surprising that Silicon Valley doesn’t regard Butte as a medical nanotechnology competitor. Why would it? When Jack Skinner returned home from Sandia National Laboratories in Livermore, California, to join the mechanical engineering department at Montana Technological University in 2012, he was leaving the institution where the modern cleanroom had been invented back in the 1960s for one that had yet to install its own.

But it’s at Montana Tech that Skinner’s work on using electrospinning for wound care is coming to fruition. The one-time state School of Mines may only now be finishing its first cleanroom, but electrospinning, which can trace its history to observations first made in the late-1500s, is nanotechnology research’s great equaliser. Skinner believes his team’s combined electrostatic and air-driven (EStAD) device will prove the same for healthcare.

“Basically out of necessity, because we are in a rural area that didn’t really have these high tech labs, we used a technique that is inherently inexpensive, where the hardware is cheap,” he explains. “And there are very few barriers to using this type of nanotechnology for treatment in an area where there aren’t even power stations, where everything has to be transported in a backpack.”

Indeed, from a cumbersome, room-filling technology with more than a passing resemblance to Professor Frankenstein’s laboratory equipment, his team has prototyped a handheld system that can safely and effectively deposit active dressings directly onto complex wounds without any physical or electrical contact.

Jessica Andriolo, a postdoctoral biomedical researcher at Montana Tech, compares those bandages with gauze dressings, albeit ones made from fibres many times thinner than human hairs – a property that makes them remarkably effective at both delivering drugs and absorbing exudate. “It increases the amount of fibres present to deliver medicine,” she explains. “There’s more contact with the wound site and more surface area for drug delivery.”

Furthermore, the EStAD device can form dressings that cohere to wound sites like a second skin from a vast range of biocompatible polymers. “By controlling which polymers we use to deliver the drugs,” Andriolo continues, “we can actually control how quickly those drugs are released into a biological system.” That means physicians can tailor bandages that need to be changed less often, a further boon in environments with limited healthcare provisions.

From the start, the promise of portable devices with those functionalities attracted the attention of the US Army’s Research Lab, which sponsors the Montana Tech team. In Andriolo’s telling, the new device will allow personnel at EMT bases to combine different polymers and drugs, which soldiers out in the field can easily spray into dressings that clot blood or prevent infection. Although they’re usually better supported, the enlisted medics that may eventually use the device face similar challenges to physicians in rural areas, who are called on to deliver life-saving care far from hospitals or supplies.

Actually making that equipment functional in lowresource environments, however, is easier said than done. Not that it’s easy to explain, either. Typically, electrospinning systems consist of a source of highvoltage electricity and a liquid polymer funnelled into a needle or spinneret, which is pointed at a grounded collector a short distance away. “There’s an electrostatic force that actually pulls those plastic polymers into the tiny fibre form we get them in,” explains Andriolo. “That requires electric isolation equipment, high-voltage power supplies and pumps for the polymer, so it’s actually a large device we have in our lab.”

When it’s turned on, that device begins to apply an electrostatic charge to the liquid polymer. As this charge increases, the exposed side of the droplet at the end of the spinneret distends from a hemisphere into a fidgeting cone. Finally, when the force of electrostatic repulsion overcomes the droplet’s surface tension, the tip of that cone erupts into an ultra-fine fluid jet. Spurting into the gap between the spinneret and the collector, the solvent evaporates from the still lengthening polymer, depriving it of its previous viscosity and drawing the charge to its surface. With even less holding the polymer together than before, that charge causes it to repel itself across tiny bends and imperfections in its trajectory, which suddenly whips out into the wide, unstable coil that gives electrospinning its name. It’s in the form of this miniscule lasso that the fibre is fully stretched and deposited on the collector.

Though hospitals in some markets are already using portable electrospinning devices, this approach has its limitations when it comes to providinghealthcare. “They keep that electric field there,” explains Andriolo, “and so a patient literally has to put their wound into the electric field to catch the fibres as they’re being electrospun, or actually be an electrode themselves, or be attached to some conductive cable to get the bandage to deposit.”

Aside from the shock hazards of a technology that feels like an uncomfortable throwback to early electrical experimentation – Skinner notes that when conductive polymers are used they act as wires, arcing and sparking with tens of thousands of volts (thankfully they aren’t applicable for wound healing) – the fact the patient has to be attached to an electrode adds a layer of complication for the operator. Exposed electrostatic fields can also be adversely affected by factors like humidity and temperature, making tools that use them less reliable outside of controlled environments.

Go with the flow

Skinner identified all of these issues and sketched out a model for solving them while working in California over a decade ago. “If you look at this fibre, it’s like a spider web, and if you blow on it, it wants to move with the airflow,” he says, recalling his thought process. “What we wanted to do was initiate a fibre, start spinning a little spider web, and make it shoot out before it contacted that electrode.”

What made that possible, however, wasn’t Californian investment, but Montanan ingenuity. When Montana Tech engineering postgraduates Emily Kooistra- Manning and Lane Huston joined Skinner’s team, the device had airflow, but wasn’t enclosed, which meant the fibres were liable to fly off in all directions. After experiments with gas flow and pressurised containers failed, the two reached for the air mattress pump one particularly committed student seemed to have left in the lab. Once that was combined with a bit of what Kooistra-Manning calls “basic fluid dynamics”, the team started hitting its targets.

“That actually worked pretty well,” says a still slightly disbelieving Huston, “so we started using a type of air pump to provide airflow to the device.” “We’ve adapted it a couple of times, with a couple of different nozzle sizes,” adds Kooistra-Manning, “but our original design is probably the simplest, and it’s the one we ended up going with for a lot of our testing.”

The acclaim belongs to the two students, but Skinner’s teaching clearly gave them the confidence to use what they had to hand. “In terms of airflow,” he says, “you can do some finite element analysis, computational fluid dynamics, all of it, and ultimately design some system that costs $100,000 to make. Or you can look around and try the cheapest thing to prove out the concept.

“I’m actually incredibly proud when we use simple things. We’ll go to the hardware store, we’ll come back, and we’ll publish a really nice research paper.

I think that’s part of us being from a rural environment in Montana. A lot of us came from mining, farming, those kinds of backgrounds, and that kind of creativity goes a long way in product development. We actually teach that at the university. A lot of times students think, ‘Wait, don’t you have to source this, doesn’t it have to be flashy and pretty?’ But no, physics is physics and science is science.”

The upshot of that commitment to engineering fundamentals is that the Montana Tech team has been able to entirely enclose the electric field within the device’s barrel, thus exposing patients to nothing more dangerous or disconcerting than a breeze. “Our system allows you to spray paint,” beams Skinner. Whereas electrostatic-driven approaches encourage fibres to deposit at whichever point marks the shortest distance between the two electrodes, airflow is notably surface agnostic. Combined with the ease of adjusting the position of a handheld device, that means users can easily and uniformly deposit fibres over compound, non-planar surfaces like skin.

That success has spun Montana Tech into a rarefied world of nanotech research and development. In particular, Skinner recalls his engineering group’s presentation alongside some of Europe, Asia and the US’s most prestigious research institutions at the 2019 Electron, Ion and Photon Beam Technology and Nanofabrication (or ‘Three Beams’) Conference.

“If you look at this fibre, it’s like a spider web, and if you blow on it, it wants to move with the airflow. What we wanted to do was initiate a fibre, start spinning a little spider web, and make it shoot out before it contacted that electrode.”

“It’s a little bit disruptive in the sense that we can use a technique that has a few thousand dollars of hardware where other techniques and tools like extreme ultraviolet lithography can cost billions,” he says. “There’s not a lot of money for rural treatment. If you go to developing nations, there’s not a lot of people lining up to hand out cheques and solve problems for people who don’t have a lot of resources.”

Yet while investment at the highest levels focuses on making marginal improvements to treatments for those who can already afford the best, there’s a great deal more to be achieved from simply making highlevel healthcare available to those who can’t.