Resistance to antibiotics is a worsening problem that the medical world is struggling to solve. A variety of causes are known to produce resistance, such as prescribing failures and overuse of antibiotic medicines, but efforts to find solutions have largely floundered. Dave Callaghan speaks to Professor Raymond Turner and Joe Lemire, from the University of Calgary, about the latest developments in this area.

While new breakthroughs have been made, there still remain many ways in which infection control is hampered by those parts of the natural world that we have not yet deciphered. The stronger strains of bacteria that are not destroyed by drugs become more prevalent once the weaker varieties have been wiped out. Bacteria are also capable of mutation, which increases their resistance to drug therapy. Those strains that become resistant to many different treatments are known as ‘superbugs’ or MDR (multidrug resistant).

Practitioners are still giving prescriptions for antibiotics to deal with viruses such as the common cold, even though they are useless in dealing with viral infections. Patients are often failing to finish the course prescribed, and that allows the bacteria to replenish and develop resistance. In poorer countries, antibiotic drugs are available to buy without prescription, and that can lead to misuse. There is also a real shortage of effective new antibiotics coming onto the market that can supplement existing drugs.

A recent WHO report warned that resistance to antibiotic drugs is a danger to public health: “This serious threat is no longer a prediction for the future, it is happening right now in every region of the world, and has the potential to affect anyone, of any age, in any country.” Antimicrobial resistance (AMR) threatens the ability of health organisations to effectively treat infections using antibiotics. Imagine a world where common infections and minor injuries can kill. As the WHO report states, this “post-antibiotic era is far from being an apocalyptic fantasy; it is a very real possibility for the 21st century.”

Already in some settings, very few of the available treatment options remain effective for common infections.

Researchers are trying to find innovative ways of dealing with superbugs, but, in a case that is attracting much attention, a very old remedy may offer the answer.

Silver has been known for centuries to have infection-prevention qualities, going back as far as the ancient Greeks and Romans, who used it to make containers for water and wine.

Now, researchers at the University of Calgary in Canada have been looking at how different forms of silver can be used to deal with wounds in modern medicine. They have found that the potential uses of silver in the war against infections are not being fully exploited. They believe silver, and in particular silver oxynitrate, can help to poison the pathogenic microbes that lead to infection, and also to attack the biofilm that often comes with chronic wounds.

Silver oxynitrate, a form of oxysalt, is stable at room temperature and is able, at low concentrations, to prevent biofilms forming and eradicate those already established, even in hospital-acquired infections such as MRSA and fluoroquinolone-resistant pseudomonas (FQRP).

A more complete understanding of silver’s qualities and its ability to deal with pathogens is one of the researchers’ main aims. They have also been able to test the qualities of copper formulations in tackling microbes.

The Canadian team are using Crispr- Cas9 technology to edit genomes, which enables them to delete genes that confer antiobiotic resistance, and, crucially, to do so without leaving ‘scars’ or biochemical markers.

The potential of silver to function as an antimicrobial treatment is a key factor in the work of Joe Lemire, a postdoctoral fellow at the University of Calgary and a member of Professor Raymond Turner’s research team.

Another driver of this research is the lack of coordination in the surveillance of antibacterial resistance. “There are many gaps in information on the bacteria of major public health importance,” states the WHO report. “Strengthening global AMR surveillance is critical as it is the basis for informing global strategies, monitoring the effectiveness of public health interventions, and detecting new trends and threats.”

The most common forms of bacteria, such as Escherichia coli, Klebsiella pneumonia and Staphylococcus aureus, all have high levels of resistance to drugs, and the prevalence of MDR is under-reported, according to the report.

Understanding the levels of ABR (antibacterial resistance) in animals that produce food for human consumption, is also limited. Each year in the US, two million people become affected by drug-resistant infections – 23,000 of which die.

“Antibiotics and similar drugs, together called antimicrobial agents, have been used for the past 70 years to treat patients who have infectious diseases,” explains the US-based Centers for Disease Control and Prevention. “Since the 1940s, these drugs have greatly reduced illness and death from infectious diseases. However, these drugs have been used so widely, and for so long, that the infectious organisms the antibiotics are designed to kill have adapted to them, making the drugs less effective.”

The situation is a grave one. “Antibiotic resistance is threatening our capacity to treat infectious disease,” Lemire says. “Our research group is tackling the issue of antimicrobial resistance by developing novel metal-based antimicrobial agents. To date, we’ve demonstrated that various metals, including silver, can be used to combat and control infectious pathogens, as well as AMR.

“Our armamentarium for combatting infectious pathogens is compromised by a marked rise in antibiotic-resistant bacteria. Many of the strategies we previously deployed to combat and control infections are no longer effective. Though silver resistance has been seen in the clinic, silver and other metals have multiple targets within the bacterial cell, unlike most antibiotics.”

Despite there being many silver-based products, the forms of which include creams, ointments and dressings, few can be used to deal with the development of biofilm complications.

According to Lemire, there have been three recent breakthroughs with the use of silver in treating antimicrobial resistance. “One, silver with unique chemistries – silver oxysalts – have superior activity over conventionally deployed silver compounds at preventing the formation of, and eradicating planktonic (free-swimming) and biofilm (bacterial slimes) populations of bacteria,” he says.

“Two, the way in which silver exerts its antibacterial effects is through many previously unknown mechanisms, meaning that silver may have more utility as an antimicrobial than we previously anticipated. Along these lines, we’ve also discovered new ways that bacteria may come to resist silver. This is important because we may be able to thwart resistance and protect the utility of silver as an antimicrobial agent.

Turner adds that this complements other work and has led them to realise that the formulation of the silver can change its active properties. “We know that not all silver bullets are equal.”

Lemire agrees, “Our research advances our understanding of silver’s antimicrobial qualities by demonstrating that silver attacks multiple bacterial-survival mechanisms as opposed to a select few. Many of these pathways were previously unknown. Furthermore, this may enhance our capacity to tackle infection by looking for compounds, such as other metals, that may tackle similar survival pathways.”

Adding to the arsenal

The team was able to prove that silver oxynitrate was more effective than silver nitrate and copper sulphate in preventing and eradicating biofilm bacteria.

Silver can also bring another major advantage to the table with its ability to rejuvenate antibiotic drugs that had become ineffective against infection. It has been shown to bring “life back to existing antibiotics through synergistic activities,” Turner says.

Lemire adds that silver has demonstrated its “capacity to resensitise antibiotic-resistant bacteria to the antibiotics they’ve come to resist. Essentially, silver and other metal-based antimicrobials are extremely efficacious compounds that are not meant to replace antibiotics, but add to the arsenal of antimicrobial treatments.”

In the future, silver could be a powerful weapon in the fight against pathogens that cause disease when our supply of new antibiotics falters.

“Currently, silver is deployed in wound-care products (bandages), catheters and endotracheal tubes, mostly as surface coatings to prevent the growth of bacteria,” Lemire says. “This is where we envision the greatest utility of silver and metal-based antimicrobials – for external use.

“We also see a place for silver and other metals as surface cleaners or embedded in clinical surfaces as a means to prevent the growth of bacteria.”

However, there are limitations to the use of oxidised silver, especially where oral intake is concerned. It is unclear what effects it can have on the human body if ingested. “We just don’t know enough about the toxicity of silver to humans,” Lemire explains.

Turner also warns about pitfalls in the use of metal-based therapies, highlighting that some are merely ‘marketing gimmicks’ that will lead to increased resistance, such as silver in clothing for body odour.

Despite this, however, silver’s potential to combat antibiotic resistance cannot be ignored. And with a post-antibiotic era looming on the horizon, its good to have this silver weapon in the arsenal.

Joe Lemire - Joe Lemire is a postdoctoral fellow at the University of Calgary. A member of Professor Raymond Turner’s research team, his work focuses on exploring the capacity of metal ions to function as antimicrobial and antibiofi lm agents. He was one of fi ve scholars to receive the 2014 Banting Postdoctoral fellowship, and was awarded a 2013 Alberta Innovates Health Solutions fellowship. 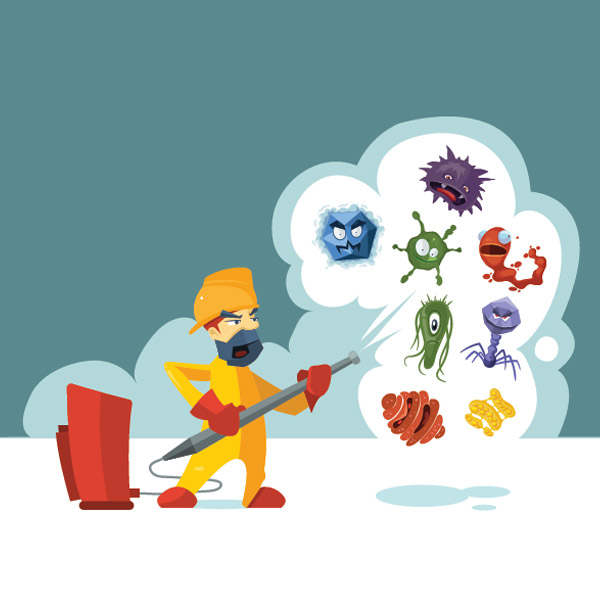 Metal-based antimicrobial agents could be the answer to tackling antibiotic resistance.