The positives of a negative margin

Surgical resection of cancerous tissue tends to include a “safety margin” of healthy tissue as a precaution against recurrence. This is due to the possibility for small cancer cells to break away from the primary cancer site and replicate among nearby healthy tissue. But surgeons must balance the need to resect healthy tissue against the potential harm of removing too much, which means a method to differentiate tissue during resection is a necessity. Monica Karpinski speaks to Dr Anees Chagpar, professor of Oncological Surgery at Yale School of Medicine and Dr Sarah Blair, surgical oncologist and professor of Surgery at the University of California San Diego, to learn how methods to identify cancerous tissue and cut away the optimal amount of healthy tissue have developed.

Fifty years ago, the standard treatment for breast cancer was to remove the entire breast, plus the chest wall muscles underneath it – and the lymph nodes under the arm. This procedure, called a radical mastectomy, is still carried out today in extreme circumstances; but thanks to advances in the field over the past few decades, surgeons are able to better preserve the natural look of the body as they remove cancerous tissue safely. To do so, a surgeon must grapple with a key question: how much tissue around the cancer should I take out?

Enough of the surrounding tissue, which is known as the surgical margin, must be taken out to prevent cancer cells from breaking away and spreading – but take out more than necessary and it could affect the body’s look and shape. An amount of excised tissue is considered “enough” if no cancer cells are present at its outer edge, which is called a negative margin. A positive margin, on the other hand, means that there are cancer cells at the edge of the tissue and therefore that cancer is likely still in the body – and that the patient will have to come back for another operation. But how much tissue to remove to achieve a negative margin, and the best method to determine that margin, are questions the field is still trying to find answers to.

“There’s no perfect methodology,” says Dr Anees Chagpar, professor of Oncological Surgery at Yale School of Medicine. “Ideally, you want something that is fast, that is cheap, that is efficacious, and that drops your positive margin rate.” That’s a tall order in the medical world, where efficacy and cost are often strongly correlated. So just how close are we to achieving it?

For all tumours that need to be surgically removed, the aim is to take out all of the cancer cells. But the best way to go about this can be a different conversation depending on the location of the tumour. With rectal cancer, for example, the area around the rectum is quite large and trickier to assess than other areas of the body, so some methods might not be useful, says Dr Sarah Blair, surgical oncologist and professor of Surgery at the University of California San Diego.

There’s also the fact that margin assessment might not be as much of a priority if removing healthy tissue won’t affect the look of the body, nor the patient’s quality of life – as with colon cancer, she adds. For breast cancer, though, margins are crucial for breast-conserving surgery (lumpectomy), which aims to protect the shape and look of the breast as much as possible. This has been the focus of much research and development within the field.

“Breast has really been ahead of the curve in de-escalating surgery,” says Dr Blair, who specialises in cancers localised to this area. “And one of the bigger issues for breast conservation is getting a negative margin.”

We’re not totally there when it comes to accurately identifying cancer using imaging techniques, says Dr Chagpar, whose primary research focus is also breast cancer. “Images have a false positive and false negative rate, and they certainly do not have the level of detection that gets down to the cellular level. So call me a sceptic, I don’t think we’re ever going to get there until somebody invents glasses that help you see cells at a microscopic level.”

It’s not perfect, but many operating rooms are still using x-ray to analyse tissue when it comes to breast cancer. “Roughly 20% to as high as 40% of patients would still have a positive margin when that specimen was finally evaluated by pathology,” says Dr Chagpar. Plus, according to Dr Blair, an x-ray might not pick up cancer in every case, and it can be tricky to figure out where the cancer actually is from a two-dimensional image.

There are a few three-dimensional imaging methods available, but the jury is still out on how well these work. One is micro-computed tomography (micro-CT), a 3D-scanning device. Studies on micro-CT for breast cancer have mostly been small, and the general consensus is that it isn’t necessarily better than a regular x-ray.

“Ideally, you want something that is fast, that is cheap, that is efficacious, and that drops your positive margin rate.”

Up to this number of patients still have a positive margin when their tissue specimen is evaluated by pathology.

CT-scanning is also commonly used for pancreatic cancer, but evidence on how well it works is limited. One small 2022 study in the Korean Journal of Radiology found that CT scanning was good at identifying healthy tissue, but not great at spotting cancer cells.

“It does actually have some randomised control data,” says Dr Chagpar. “Not all of it has been consistent. Some have found a difference of reducing positive margins by up to a third. Other trials have not found a difference with MarginProbe.”

In a similar vein, the MasSpec Pen, which uses mass spectrometry (hence the name) to detect cancer cells by their molecular properties, has shown promise in early clinical research. One study published in the journal Science Translational Medicine found an overall accuracy of 96.3%. The device makers believe it could potentially be used to detect cells in thyroid, lung, pancreatic, ovarian, breast, and brain cancer. The company behind the device, Genio Technologies, are still collecting data to validate it, and as of now it is not authorised for clinical use by the FDA.

“Breast has really been ahead of the curve in de-escalating surgery. And one of the bigger issues for breast conservation is getting a negative margin.”

The accuracy of the MasSpec Pen, which uses mass spectrometry to detect cancer cells by their molecular properties.

In lieu of fancy new technology, a common way to assess the negative margin is to take out a portion of tissue, freeze it, and then send it off to be analysed in the lab by a pathologist. This is known as frozen section analysis, and it’s routinely used for a range of cancers, including breast, skin, head and neck, pancreatic, ovarian, and vulvar. While it’s generally considered effective, it’s not terribly efficient.

“It requires multiple people cutting and freezing and cutting and staining tissues all at once. That’s very labour intensive, so many hospitals don’t do it,” says Dr Blair.

The turnaround time can be an issue for surgeons, too, as they have to wait for pathology results while the patient is under anaesthesia.

For breast cancer, there’s just one technique that’s been shown to improve recurrence rates in randomised controlled trials – cavity shaving. This trial was conducted by Dr Chagpar and her colleagues, and it found that cavity shaving – taking out extra tissue around the tumour – reduced the positive margin rate by half compared to surgeons who only used x-ray to guide them.

“The downside of it is that you’re removing more tissue, and so it can affect the cosmetic outcome,” says Dr Blair. However, she notes, the field is getting better at preserving the look of the breasts in general. Cavity shaving and frozen section analysis are currently considered the gold standard for breast cancer, she adds.

For hospitals with a cytopathologist handy, imprint cytology is a good option. This takes “touch” imprints of the tissue sample on a glass slide, and then uses a stain that indicates the presence of cancer cells. It can be used for breast cancer, but also for others, including lung, head and neck cancers.

Could we soon be able to see cancer on a cellular level? What about being able to analyse tissue on the spot, without needing to wait for the lab report? Maybe. Of what’s currently on the horizon, Dr Blair is most excited about fluorescent imaging – a technique that allows surgeons to identify cancerous tissue instantly while operating. Patients are injected with a fluorescent dye that binds to a target on the surface of the cancer cell, and surgeons can shine a hand-held camera device on the tissue to check if it’s illuminated.

“There’s three or four companies that I know of that are going through phase one and phase two studies,” says Dr Blair. “I think [fluorescent imaging] could be a game changer, because you could do it while you’re doing the surgery, and then you could potentially take less tissue.”

For Dr Chagpar, though, a more burning question is whether margins are even going to matter that much in the future.

“We know that even if you do get a clear margin, if you take cavity shaves, 12-14% of the time in those shaves you will find cancer,” she says. If we’re leaving disease behind some of the time anyway, could we just use other, non-surgical therapies for certain cancers instead?

Next year, Dr Chagpar hopes that phase II of her cavity shaving trial will help to answer that question, by comparing breast cancer recurrence rates of those who underwent cavity shaving versus those who didn’t. In the meantime, though, there’s plenty in the pipeline to look forward to. “Hopefully,” says Dr Blair, “in three to five years… we’ll all be wearing fluorescent glasses.” 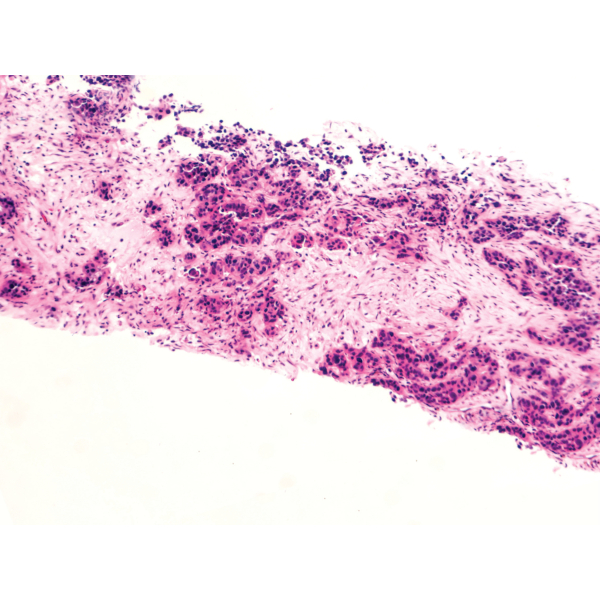 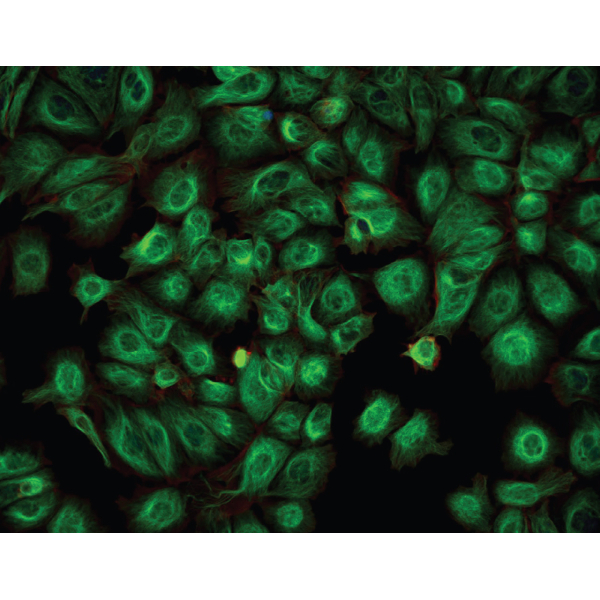 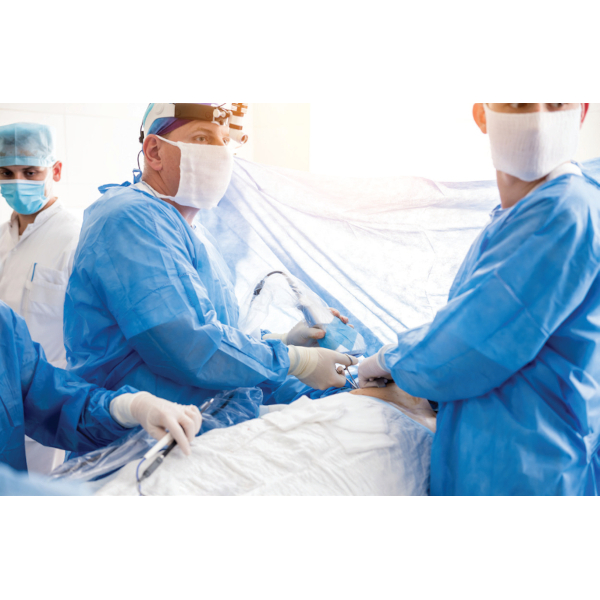 The pinnacle of cancer surgery would be the ability to view the negative margin in real-time while operating.
Post to: