AI in medicine: the end of human error?

Artificial intelligence researchers at Houston Methodist hospital have developed computer software that can read mammogram results more quickly and accurately than a human. Reportedly, it is 30 times faster than doctors and has a 99% accuracy rate. Andrew Putwain speaks to co-senior investigator Dr Stephen Wong, chief of medical physics, about what the study means for patients.

Over the past few years, mammography has come under fire as many healthcare professionals believe it may not be beneficial to patients. The fault, however, lies not with the technology itself, but in the way that we use it.

The push to catch breast cancer in its early stages dominated women’s health in the 1990s and early 2000s. Many middle-aged women were told to go for mammograms, with every blemish, lump, legion and other non-malignant cell cluster being analysed. Many such lumps would not have metastasised or become a cancer large enough to be life threatening, yet biopsies were still performed and operations conducted, leading to millions of women living with the anxiety of being diagnosed with cancer.

Since then, attitudes have modernised, and the – dare we say it – hysteria surrounding breast cancer has receded. Yet many women are still going under the knife unnecessarily.

So, how do we address this? One potential answer is to improve the accuracy of mammography readings. Being able to ascertain exactly which abnormalities should be biopsied would save much patient pain and distress. Artificial intelligence (AI) is one method that could help to achieve this – as researchers at one of the top hospitals in the US, Houston Methodist, have proved. Their new software can check mammography results quicker and more accurately than a human.

Dr Stephen Wong is a busy man. When we first try to organise an interview, he’s in San Francisco at a conference and unable to talk. We’re able to schedule an interview for a few weeks later, where the doctor calmly describes the importance of his research as he drives to work in Houston.

Wong is the chief research information officer and chief of medical physics at Houston Methodist in Texas. He’s had a lengthy career, working in sectors as varied as engineering and banking in China, Japan, Europe and across the US. His passion for improving patient care as well as the technology and standards in hospitals is evident; Wong truly wants to improve the lives of all in healthcare. Unfortunately, the bureaucratic nightmare that is the US healthcare system directs where procedures are undertaken and money is earned.

“US healthcare is chaotic at the moment,” Wong says bluntly. The country’s privatised healthcare model could be held largely responsible for the overuse of certain surgical procedures because insurers pay hospitals for every one that is completed. This means that they are not as opposed to putting patients under the knife as their counterparts in other countries.

So, why has this become a problem in the first place? Like many cancer diagnoses, the patients who are receive mammograms are rated on a score out of six, regarding the likelihood of cancer developing from a lump. A zero means that there is little chance of developing the disease, whereas a six means it is almost guaranteed.

“Medical systems are outdated and so is the mammogram BI-RADs score. People who score four (classed as a suspicious or indeterminate abnormality) from six are given a 5–85% chance of developing [cancer], so [they] obviously want a biopsy,” explains Wong.

However, scoring a four may actually mean that the procedure is not necessary. “There’s a big gap between those numbers. Most biopsies are unnecessary. Doctors think a biopsy is no big deal, but they cause anxiety, are humiliating for the patient and they charge by procedure, so everyone wins except the patient,” adds Wong.

He believes that AI could solve this issue, as it can read mammogram results more clearly. “Imaging won’t solve the real problems,” he affirms. “And I tell my students that. Look at the data and use AI as a decision-maker – that’s where the answer lies.”

AI to the rescue?

With the deluge of new electronic information that is now accessible, doctors have better resources to understand the results of their procedures.

Most biopsies are unnecessary. Doctors think a biopsy is no big deal, but they cause anxiety, are humiliating for the patient and they charge by procedure.

Wong’s team used AI software to evaluate the mammograms and pathology reports of 500 breast cancer patients in a recent study. The software scanned patient charts, collected diagnostic features and correlated mammogram findings with a breast cancer subtype. Clinicians then used the results – such as the expression of tumour proteins – to accurately predict each patient’s probability of receiving a breast cancer diagnosis. By using this method, researchers had a much higher accuracy rate compared with educated guesses made by doctors after reviewing mammograms.

“With the forced implementation of an electronic record, we now have raw data and can do more. Without data, you can’t do anything,” states Wong, who is referring to the increase in data access that has created more information to help the team compile the programme. This meant, however, that they had to spend more time sifting through data. Now, the team has embraced an AI program that is much quicker and more accurate. “This software intelligently reviews millions of records in a short amount of time, enabling us to determine breast cancer risk more efficiently using a patient’s mammogram,” Wong explains.

While this is already a great endeavour, Wong’s not finished yet. He plans to eventually build another level on the raw data, creating a layer of intelligence over it.

This software intelligently reviews millions of records in a short amount of time, enabling us to determine breast cancer risk more efficiently using a patient’s mammogram.

“The trend is to really make the patient healthy, and to keep them out of hospital and coordinate care outside,” he says. “Everything is driven by cost.” It’s a lot cheaper to have a patient out of hospital than it is for them to remain due to long-term chronic illnesses. However, with the West’s ageing population, most illnesses are like this today. Patients can, therefore, be treated effectively by exploring the factors that they have given through their data.

This was always on offer, but AI enables doctors to use systems that better compile and analyse data. They can use this technology to ensure that patients aren’t receiving unnecessary biopsies or being kept in hospital when it would be better for them to be discharged.

Raw data sets have also expanded to include HR and social media information, as well as “all this other data we haven’t got to yet”. Wong adds that all of this information could make the results more accurate and work out algorithms for completely separate areas of interest for medical research.

On top of its accuracy, AI’s other bonus is the speed at which it is able to undertake the process. Wong states that AI increases productivity, and says, “We can automate a lot in healthcare. What’s even more exciting is the AI-augmented system that changes practices and makes them better.”

Although Wong is excited by what the research can unveil, regarding new data sets and ways of operating more efficiently, he is also pleased by what AI can do to reduce the human cost of mammograms and the spectre of cancer. Wong wants to see the number of people who are put through the anxiety of being told that they might have cancer lowered, and using AI is part of that dream.

“We use ‘electronic language processing’ and pathology reports to verify radiology extractions, which have 99.5% accuracy rate,” he explains. But AI can be used for better things; in fact, it can fuse imaging processes with the data, meaning that Wong is able to do more. “Our aim is to give patients a better score, a more accurate score. The reality is a risk calculator with much more accuracy and AI ‘engines’ behind us.”

On the other hand, this technology still has drawbacks. Put bluntly, AI is fundamentally stupid, says Wong; it has to be taught and learn on its own. “Setting up AI takes a long time,” he adds. Inputting data can take a couple of months alone, but he is hopeful that once the initial barriers are taken down the process can be sped up.

Wong is passionate about his research and truly believes that healthcare, especially in the US, has reached a crossroads. It needs to take stock and learn from its mistakes to really hone in on what it needs to deliver the best care to patients. “Companies have the resources but not the clinical knowledge or data,” he explains, talking about the compartmentalisation and privatisation of US healthcare, and how this fuels overdiagnosis. “Rates for hip surgery have doubled in five years in the US, but why?” Wong asks. He has serious concerns about independent imaging centres, particularly as they aren’t as rigorously monitored as those that are in-house or run by hospitals.

Wong’s next project will focus on lung cancer and will have a similar set up, using AI to give more accurate biopsy readings that could reduce overdiagnosis.

So despite its drawbacks, AI is leading to real improvements in breast cancer detection. With its help, we are one step closer to defeating the disease, and with experts like Wong, things can only get better. 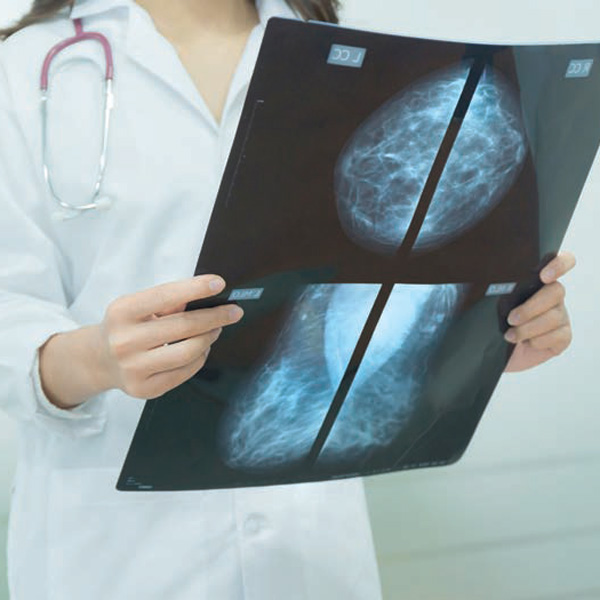 AI software can interpret mammogram results more quickly and accurately than a human. 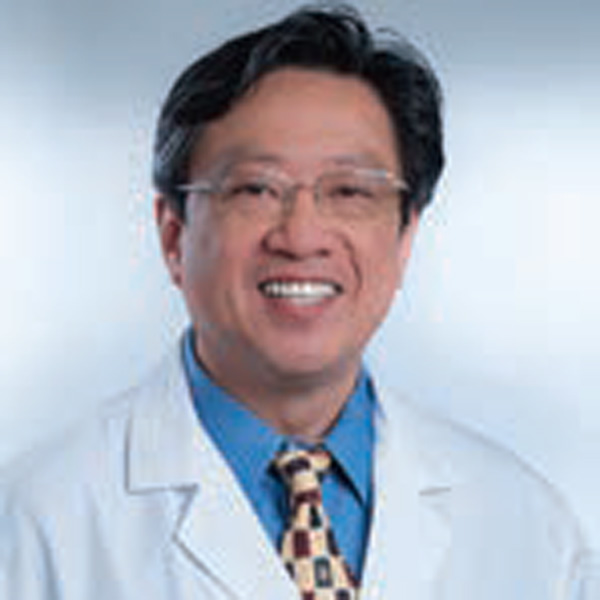 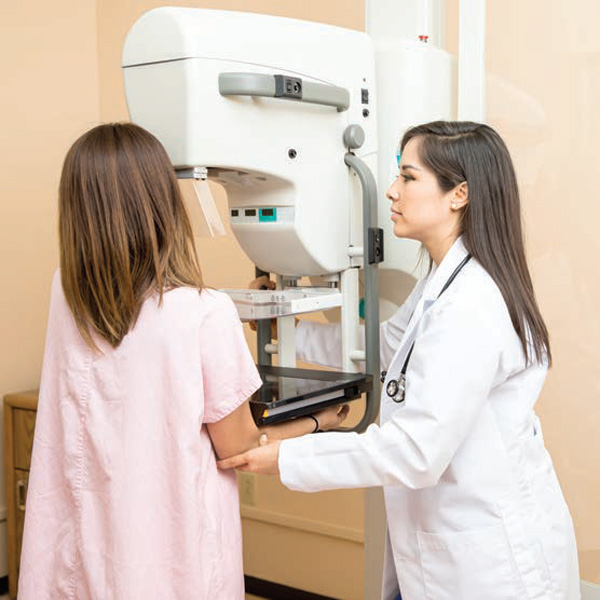 Wong says that mammogram BI-RADs scoring is outdated and imprecise. 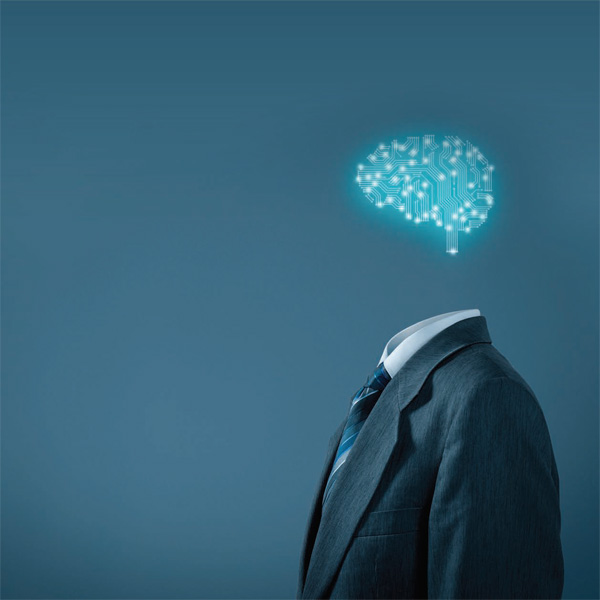