Taking the wheel on medication dosage

A system called right-dose medication could save healthcare systems across the world millions and improve patient care, experts say. Now, 21 of the world’s leading pharmacologists have joined forces to urge drugs companies and governments to help change medication dosing by signing up to a ‘roadmap for change’. Professor Amin Rostami from the University of Manchester, who led the move, and Certara’s Ellen Leinfuss discuss these developments.

“Why do drugs work on some people and not on others?” This is the opening question posed by Professor Amin Rostami. It is one that he has continually asked throughout his career, and is an important facet of his work.

Rostami is a professor of systems pharmacology at the University of Manchester, and has a background in fertility management.

Now, he has joined some of his most esteemed peers to call for better practices for the use of medicine and dose management for patients, in the hope that it could curtail some of the problems currently facing health systems globally.

Rostami and others believe a process called right-dose medication could save services likes the NHS millions and improve patient care. They have urged drugs companies and governments to help change the way medication is dosed by signing up to a ‘roadmap for change’.

The right-dose medication system is based on the belief that advances in science mean a one-size-fits-all approach is outdated. Each patient requires individual dosing, according to their genotype, phenotype, body chemistry, weight, social circumstances, diet and other personalised factors.

This, he believes, should be part of an NHS plan (the previously mentioned ‘roadmap for change’) to modernise and improve standards – and finances.

Not one size fits all

The research surrounding this belief is thorough; studies show that patient groups prone to polypharmacy and special subpopulations are also susceptible to suboptimal treatment, and that refined dosing in special populations is imperative for improving therapeutic response and lowering the risk of toxicity.

The solution to this issue of poor dose managhement is called modelinformed precision dosing (MIPD), and the goal of it is to improve drugtreatment outcomes in patients by achieving the optimal balance between efficacy and toxicity for the individual patient. MIPD may improve treatment outcomes by achieving the optimal dose for an individual patient but, because drugs are dispensed in standardised units, this is done hardly anywhere in the NHS, explains Rostami. “The approach is based on the available information about the patient and the disease that they are being treated for; co-morbid diseases afflicting the patient; and the medication(s) that they are receiving,” says Rostami in a paper co-published in the Clinical Pharmacology & Therapeutics journal earlier this year.

Specific examples of this may be remarkably simple; for example, altering a dose of chemotherapy for a patient of smaller stature to suit their physique.

The one-size-fits-all approach has become widespread, but with this new modelling technology, and the increasing strain on healthcare system, it cannot be overlooked.

“Drugs are not updated,” Rostami says, meaning that the reasons why all people do not respond to a drug in a uniform manner is an unknown. Moreover, a drug cultivated in the 1970s, 80s or 90s may work on 75% of patients, but if it is never updated, it cannot effect the remaining 25%. This can lead to an increase in expenses and problems for the patient.

While stratified medicines are now used to develop new models for drugs, the matter still needs greater attention, Rostami says. “We have the models for changing these drugs, so why aren’t they being used in hospitals?”

One of the key problems that Rostami and co discovered regarding the reticence to change was the lack of evidence to support that the roadmaps would actually work, or more specifically, that they would help patients and save money.

But this isn’t for lack of testing. Currently, there is not enough academic evidence to convince senior medical figures of the financial benefits of using these systems in hospitals. So the system works, but it would be too expensive to undertake.

“Lack of evidence,” Rostami says, “is not evidence of a lack of impact.”

Dose management is often thought to be a fairly straight forward practice, but it has many elements. Understanding why this area is of such importance, and what is currently going wrong in this area to have exacerbated it’s development, is something that may require painful introspection if MIPD is to take off.

“[Right-dose medication] requires a huge change to the pharma industry,” Rostami says. “Currently, it is one-sizefits- all, and they’ll have to change this model completely. It needs to offer a greater variety of tablet sizes and strengths, and a legion of other options, such as 3D printing or mini-tablets. And no one does this, unless there are consequences – either positive or negative.”

The proposed ‘roadmap for change’ idea that Rostami believes in, he says, would be an important step towards working with the pharma industry and healthcare professionals to tackle the staid idea of batch and size. It would drag them, albeit somewhat reluctantly, into the 21st century so that all may enjoy the benefits.

According to the results published by Rostami’s peers, the NHS is slipping behind other healthcare systems in terms of dosing medicines according to individual needs.

So what would the tangible benefits be? Research is needed for numbers, Rostami says. It would definitely be of advantage to the NHS, and though not directly to the patients, there would still be trickle-down benefits.

“Drugs are recommended on a patient’s weight,” Rostami says. “But factors like obesity are not taken into account,” he explains. Patients are overweight, underweight, tall, thin, old, young, with fast/slow metabolisms and a million other variations of the human physique that mean they process medications differently. What might work for one person may be too much for another, or too little for someone else.

“Reducing dose amounts is not having an effect on patient response,” says Rostami, “but it would save the NHS money.”

The tangible benefits to patients, however, especially on an individual basis, mostly occur through the sideeffects of this change, rather than by direct results.

A hospital filled with adverse-drugreaction patients is one example where patient care would be improved, explains Rostami. With so many patients suffering from poor medication monitoring, infections and secondary problems relating to their conditions, the creation of an environment where these could be reduced – thus freeing up more bed space, resources and staff – would benefit all.

One US study describes the use of this research and modelling style as the ‘Goldilocks’ method: not too little, and not too much. It’s a good analogy, but one that glosses over the seriousness of the situation. MIPD may improve treatment outcomes by achieving the optimal dose for an individual patient through simple tweaks, but it is being fought.

According to the article in the Clinical Pharmacology & Therapeutics journal, “The concept of precision dosing has been reinvigorated recently with the emergence of more affordable technology for genetic testing, the increasing availability of ‘big data’ and awareness that special populations often require optimisation to attain the desirable treatment effect.”

It appears the healthcare industry is at a tipping point. Certara‘s chief commercial officer, Ellen Leinfuss, agrees with Rostami. She’s joined him in an effort to bring this model to the US where insurance companies – with their unique way of healthcare management – mean that there is more openness to the possibilities MIPD offers.

Leinfuss believes that it comes down to more individualisation for the patient. “There are other ways of making different dose sizes,” she says, and that “anything that can reduce costs” would be at least investigated, not glossing over the commercial realities it could have to the privatised US healthcare system. The impetus on her side is not investigating new drugs versus existing drugs, but looking at the side effects, such as length of stay for a patient in a hospital, rather than the actual cost of the drugs themselves.

But where this may lead for the patient is anyone’s guess. In the short term, Rostami and Leinfuss believe that there is a great possibility for more innovation. “Science is not the problem,” Rostami says, “It is the implementation side of it. But how do you measure impact?

“Top down doesn’t work,” he concludes, but when it comes to health economics “it looks like bottom up might.”

Leinfuss, and Rostami and his peers aren’t trying to bankrupt healthcare systems, nor endanger patient’s lives. They want to improve clinical care for patients, and save their healthcare systems money through a high-tech modelling system. But whether anyone will listen is another problem all together. 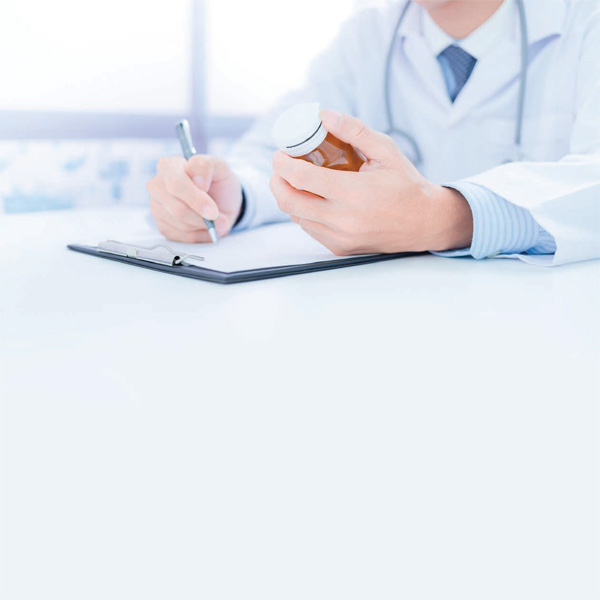 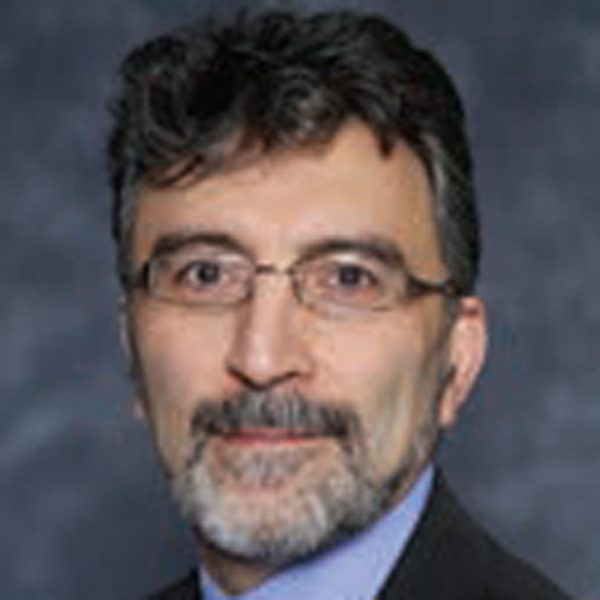 Professor Amin Rostami is a professor of systems pharmacology at the University of Manchester. He is the senior vice-president of research & development and chief scientific officer at Certara. His mission is to ensure that the latest scientific advances in biosimulation are incorporated into all drug development efforts. 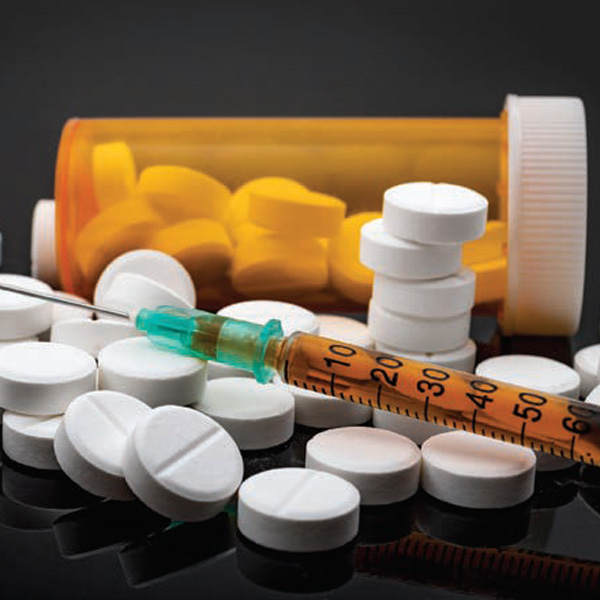 Reducing dose amounts could potentially save the overstrained NHS millions in costs. 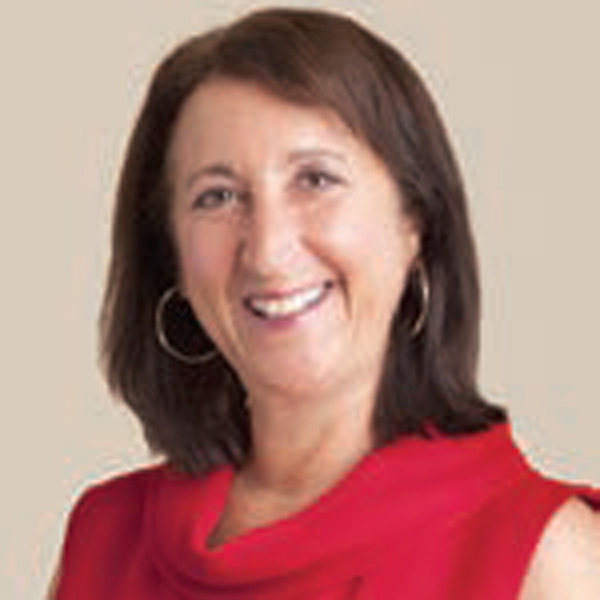 Ellen Leinfuss is the chief commercial officer at Certara, a position she has held since 2014. Previous to this, she worked in sales and marketing in life sciences for many years. She holds a BA in chemistry from SUNY Purchase, and an MBA in marketing from the City University of New York. 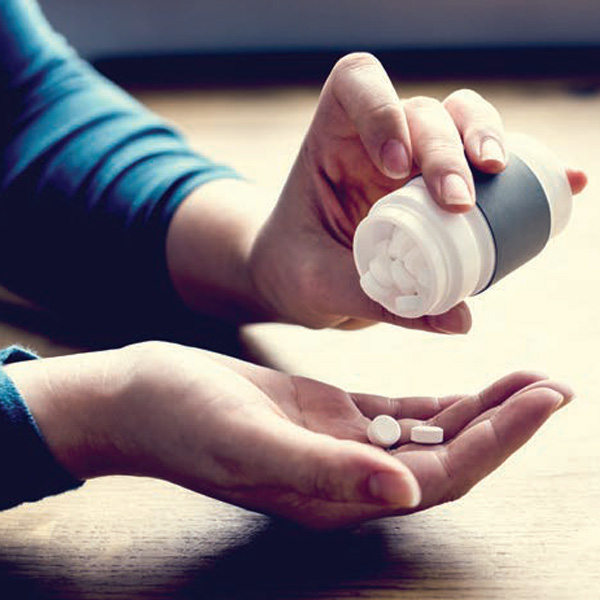 Currently, drugs are dispensed in standardised units across the NHS. This would change with the implementation of MIPD, which should allow precision dosing that could be tailored to each patient.
Post to: