While Covid-19 testing and vaccine monitoring is important in reducing disease transmission and for clinical management, antibody tests have limitations, particularly with new variants like Omicron. Here, Dr Anthony Allen of Oxford Immunotec describes how T cell tests help provide a fuller picture of an individual’s immune response and could be a significant addition to the Covid-19 test panel, less affected by the changing landscape of variants of concern.

Omicron, a SARS-CoV-2 variant that spread rapidly around the world in November 2021, caused widespread concern due to its high transmissibility and ability to infect those previously exposed or immunised. The rapid spread led to reported Covid- 19 cases in the UK increasing from just over 305,000 in the week the first case of Omicron was described (24 November), to over 1.1 million cases by the beginning of January. Concerns immediately arose about our body’s immune response to the new variant and whether neutralising antibodies elicited by vaccines, or acquired by previous infection, could protect us from Omicron.

Increased immunity in individuals, from natural infection or vaccination, could serve to drive selection pressure on the virus, either to increase transmissibility or to allow evasion of the antibody response. The Omicron variant has significantly more mutations than the previous variants with 34 mutations in the S protein alone, and research has shown that immune evasion is an integral driver in its development, with affinity-enhancing changes being sacrificed in favour of immune-evading alterations. Omicron therefore, appears to be both more transmissible and able to, at least partially, evade the immune response.

T cells come to the rescue

Previous research on SARS-CoV-2 virus polymorphisms revealed an antibody evasion mechanism that led to infection; however, this mechanism does not seem to evade the T cell response. This being the case, the understanding is that new variants, like Omicron and those that come after, may have high susceptibility to T cell responses.

According to a study performed at Karolinska Institutet, the Omicron variant can partially bypass the antibody response elicited to prior SARS-CoV-2 variants via vaccination or infection. However, T cells still recognise Omicron. Both those with previous infection and those with vaccination had memory T cells that could recognise the Omicron S protein with the vaccinated group responding the best.

There is reason to believe that overall protection from SARS-CoV-2 vaccines might be jeopardised when paired with the predicted loss of neutralisation from antibodies. However, vaccination effectiveness against symptomatic illness has typically been sustained and is possibly associated with the T cell response rather than neutralising antibodies.

Studies using T cells have shown that patients with B cell depletion did not produce antibodies against SARS-CoV-2 vaccination, but did generate SARS-CoV-2 specific T cells. A similar phenomenon was noticed in individuals with multiple sclerosis post-vaccination. T cell testing has also highlighted the significantly impaired T cell and antibody responses to Covid-19 vaccines in haematopoietic stem cell transplant recipients, prompting clinicians to provide extra care for these patients throughout the pandemic.

During the beginning of the Covid-19 pandemic, the focus on antibodies led to the rapid development of serology tests. However, as scientists begin to deal with the unfortunate generation of new variants of concern, relying on this method alone may be less effective. Use of approved T cell testing in vaccination and long-term surveillance programmes may help to fully understand immunological correlates of SARS-CoV-2 protection. 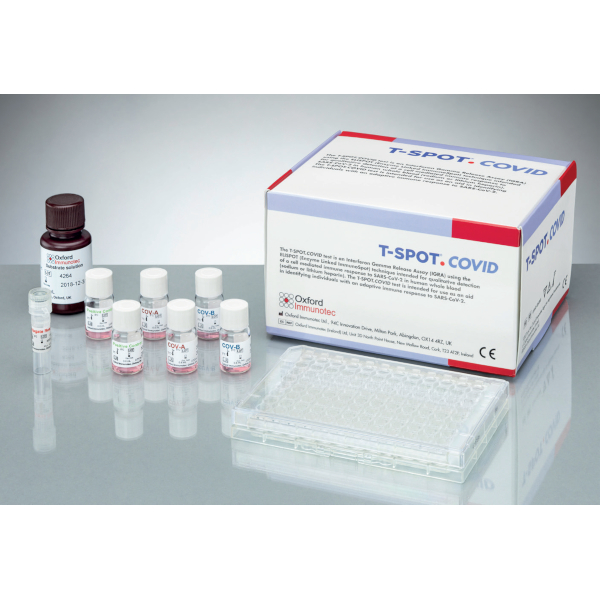