Artificial intelligence using machine-learning-guided virtual reality simulators can help surgeons develop the skills they need before they step in the operating room, according to new research. The algorithms can rapidly and accurately assess the capabilities of neurosurgeons during virtual surgery. Emma Green speaks to Rolando Del Maestro, researcher at McGill University and study lead author, about the potential of the tool for optimising surgeon training.

When thinking about virtual reality (VR), healthcare usually isn’t the first idea that comes to mind, but that’s increasingly becoming a credible possibility. Over the past several years, there have been exciting developments, particularly in operating room technology, offering a very different experience for professionals and patients alike.

Rolando Del Maestro, a neurosurgeon, researcher and director of the Neurosurgical Simulation and Artificial Intelligence Learning Centre at the Montreal Neurological Institute and Hospital, McGill University, Canada, began to explore new models of learning from his observation of the wide variation in performance among healthcare professionals worldwide.

“I had the opportunity to visit many countries and also operate in these countries,” explains Del Maestro. “When I went back a year later, six months later, whatever it happened to be, I wasn’t convinced that very much had changed. My teaching had not necessarily improved the overall patient care in that particular area.”

Del Maestro started to look outside healthcare for new approaches to training and education that might be applicable for neurosurgery. “I started to think about what systems can deal with all countries throughout the world and teach technical expertise at a very high level,” says Del Maestro. “The one that seemed to make the most sense was the aviation industry.”

Within Aviation, the use of VR is commonplace because it is widely accepted as being the most safe and effective way to train pilots. “When they’re trained in simulators, they can learn the particular techniques of piloting that particular plane,” says Del Maestro. “And in these simulators, instructors can make around 500 different things go wrong and see how individuals respond, and train them for that particular situation.”

There were also similarities between the industries that stood out. “When I looked at what happened to the aviation industry, in the ’60s and ’70s that they began to implement simulation,” explains Del Maestro. “In that time, they also put in what they called the ‘early-warning systems’, how high you are, the oxygen needs and all kinds of other warning devices. If you look at a modern neurosurgical operating room, we have multiple early-warning systems; we measure your blood pressure, your heart rate, your temperature, we can operate on you awake and make sure that you don’t lose any ability during that operation. We have multiple earlywarning systems, so that was sort of compatible.”

It was not just the implementation of VR within the aviation industry that was notable, it was how it is used. “The second thing in the ’60s and ’70s or later that they did was bringing pilots into the simulator twice a year,” says Del Maestro. “If you did well, that was fine. If you didn’t, they retrained you for a while. But if you did not do well repeatedly on numbers of simulations, basically you didn’t pilot the plane anymore. We have not implemented these continuing assessment systems in surgery.”

A more holistic approach to training is adopted, which is another unique element. “Another thing the aviation industry did is they put in multiple systems where they look at how individuals work together,” explains Del Maestro. “If you had a particular problem in an aeroplane, how did the pilot work with the co-pilot, with other people, with the flight attendants, and with all the people on the ground, that would be needed to deal with the problem. And again, we have not widely implemented these systems. So, it became clear to me that aviation was a model that we could use, a very effective model that would work for neurosurgery too.”

One of the issues that plagues the aviation industry’s otherwise remarkable record is the Boeing problem. If the VR training model is so effective then why did these aircraft crash on multiple occasions?

“What happened was when Boeing modified their plane, pilots could be trained in the simulator to deal with new situations, but it wasn’t compulsory,” says Del Maestro. “What happened was that the major aeroplane operators with substantial resources had their pilots trained. Smaller aeroplane operators without these types of resources didn’t have their pilots trained in the simulator.”

Such incidents highlight the importance not only of integrating VR into training but of ensuring that it is mandatory. Giving people the choice will always result in considerable opt-outs, putting people at risk.

Once Del Maestro was sold on the potential of VR for training neurosurgeons, the next key questions were of a more philosophical nature: what does surgical expertise look like? And if this can be established, is it possible to teach it?

These are novel questions to be posing in a field, like many others outside healthcare, which has traditionally adopted an apprentice model. Becoming a qualified surgeon has been the result of passing examinations and certified healthcare professionals ticking a box that asserts competency.

To address these issues, Del Maestro turned to VR simulation. “I felt that if you were operating on the brain, it made sense to develop a simulator that was as close as possible to that of real life,” says Del Maestro.

Extensive efforts were made to ensure that the simulator mimicked a genuine operative experience as much as possible. “When you do a complex neurosurgical procedure with a variety of instruments, how the tissue feels is important,” explains Del Maestro. “And that’s what’s called ‘haptics’. Haptic feedback means that when you’re doing the VR procedure with instruments, you feel the tissue exactly the way you feel it in real life.”

“In these simulators, instructors can make around 500 different things go wrong and see how individuals respond, and train them for that particular situation.”

This is not a task for the squeamish. “The second thing is that we wanted the tissue to bleed like it does in real life,” says Del Maestro. “VR was able to do that. To get the correct feeling and colour, we took human tumours, measured their density and how they felt, assessed their colour and then we put this information into the simulator. So now we have the colour, we have the bleeding, we have the feeling the same as or as good as we could get it at the time. So that became the simulator.”

Once built, the next phase was to determine if the simulator could differentiate expertise. In other words, could it determine whether the person using it was a junior learner (novice), a senior learner (more experienced) or an expert?

Del Maestro and his team experimented with changing the conditions in the simulator to see how users would respond. “For example, we looked at colour; if you changed the colour of the tumour, the junior residents and senior residents changed their operation based on colour,” explains Del Maestro. “Expert neurosurgeons did not. Then we change the feeling of the tumour, and what we found was that experts change their operation substantially based on the difference in feeling.”

It was then a case of determining which of these variations was most important, which involved the use of artificial intelligence, or more specifically, machine learning. This was for two main reasons. “Firstly, it is not influenced by what the surgeon thinks, it’s only in what the data shows,” says Del Maestro. “Secondly, you could look at 5,000 or 6,000 different components in one operation. For example, your instrument speed, which instrument you chose, how much tremor you have, how much movement you have with the different instruments, there’s no way the human mind can deal with this amount of data.”

Once a shortlist of attributes of expertise was established, researchers needed to narrow this down further to ensure that all neurosurgeons in training were taught those skills. To do this, Del Maestro and his team use another type of artificial intelligence: artificial neural networks. These are systems that work similarly to the brain, with billions of cells interacting with each other. To give an idea of scale, there are more connections in one human brain than there are stars in the Milky Way.

Using these artificial neural networks to assess a disc removal operation on the spine revealed important differences between users. “The most important thing that differentiated an expert from a non-expert was the number of times that their instrument came dangerously close to the spinal cord,” explains Del Maestro. “If you don’t touch or don’t go near the spinal cord with your instruments, you’re most likely an expert, because experts know that it’s important to avoid these structures.” Discrepancies were also found in the amount of force used. “Junior residents use too much force, senior residents decrease the force, and consultants or experts use much less force,” says Del Maestro.

Although these results are hugely promising for the training of neurosurgery, integrating this into standard practice will not be straightforward. “We’ll have to prove to surgeons that if you’ve trained on the simulator, your patients are going to have better outcomes,” says Del Maestro. “We’re not at that level yet, but that’s what we’re focusing on.”

There is reason for optimism about the future, however. “In the future all individuals who are doing surgery will be trained on simulators, even before they ever get to work in an operating room,” says Del Maestro. “In future operating rooms, the surgeon is going to be assisted by intelligent machines. They’re going to talk to you as your VR operative assistants talk to you in the simulator labs helping to focus all aspects of the operation on patient safety.”

To make this a reality, three key steps need to be taken. “If you want to get ahead of this curve that is developing, companies need to be involved in developing simulators,” Del Maestro says. “The next thing is that researchers need to prove those simulators provide operative simulations that look and feel real, and that practice on them helps patients in the operating room by improving outcomes. Then you need to have companies who now make operating room instruments develop intelligent instruments and machines that will generate and use data to hopefully continue to improve neurosurgeon performance over time.” 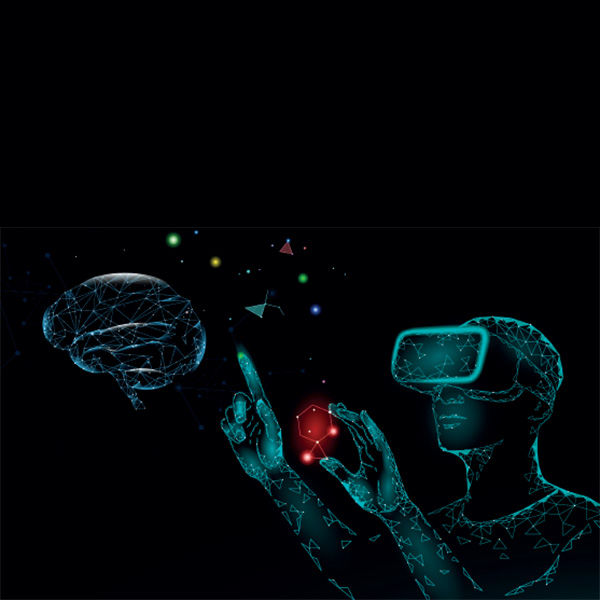