Striking a blow against diabetes

Diabetes is a huge issue in the Middle East and new ideas are constantly required to combat its effects. Dave Callaghan looks at a proposed new register for patients in Dubai that aims to deal with the issue.

Understanding the scale of a problem is always the first step towards finding a solution, and that is the approach to diabetes care planned in the UAE. The country has one of the highest diabetes rates in the world, but to ensure health services meet the needs of diabetes patients, their details will now be recorded in a proposed register.

The case for a comprehensive database of patients is compelling. Sufferers can experience severe complications from the disease, such as foot ulcers and, in extreme cases, amputation, as well as an impact on life expectancy. Doctors have previously described the impact of diabetes in the UAE as a ‘national health emergency’ for the country. The new register is still awaiting government approval, but if it gets the go-ahead, it could be a breakthrough in the fight against diabetes rates in the Middle East, which are at an all-time high. The register would track patients with type 1 and 2 diabetes, creating a map of patients in the UAE, and allowing health services to work out how best to provide help and support.

A budget for the initiative requires a government decision, a move that’s currently keeping it in the ‘pending’ file. The project is jointly organised by the UAE’s Ministry of Health, healthcare giant AstraZeneca Middle East and the Emirates Diabetes Society.

Dr Abdulrazzaq al-Madani, the chair of the Emirates Diabetes Society, says the register needs approval from the Ministry of Health and then from the cabinet because of the cost involved. He is excited about the scheme despite the delay in getting the green light. “We can reach an exact number of patients and know the extent of the problem in our country. The government can then determine its budget based on this information. It will help doctors to better manage patients,” he says.

Foot and wound care is a crucial part of the drive towards better diabetes treatment. The risk of ulcers, and even amputation, is always present for diabetes sufferers. Screening diabetes patients for the risk of these outcomes is an important element in any effective service, and screening rates are higher in the Middle East than in other regions.

The register plan is also linked to a national awareness campaign on the dangers of diabetes that targets residents with Arab and South Asian heritage, who are considered especially prone to the onset of diabetes. From a genetic viewpoint, statistics show that people with African and Caucasian heritage are less likely to become diabetic. Increased attention is paid to people with a family history of diabetes, smokers, the obese and women with gestational issues.

“The register will help us to know whether the campaign is working with new cases,” Madani says. “We are trying hard to reduce the number of patients, but we don’t know how many new cases there are.”

The UAE is looking at how other countries such as Sweden, Germany and Italy record diabetes patients to see if there are issues it can learn from.

“There is no register for diabetes in the Middle East, and maybe this will encourage other countries to follow the UAE,” Madani says.

A national diabetes screening programme aimed at 10,000 high-risk people was also announced in October 2016. The target of the programme is to reduce the incidence of diabetes from 19.30 to 16.28% by 2021. As part of the programme, a joint initiative of the Ministry of Health and pharmaceutical company Johnson & Johnson, 90 nurses and 25 doctors will receive specialist training in diabetes.

The International Diabetes Federation has forecast that the MENA region will almost double its numbers of diabetes patients by 2040 to 72 million sufferers.

Patients will be educated in how diet and lifestyle choices can help them avoid the onset of diabetes, and limit its effects on their health. It is hoped that early detection and diagnosis rates will be improved, as well as selfmanagement performance. While the UAE has obesity rates that are similar to those in the US, the number of diabetics is proportionately much higher, so there is a pressing need for better information and understanding of the condition’s prevalence in the country.

The American Diabetes Association revealed in 2015 that the MENA region of 19 countries, which includes western Asia, has the second-highest prevalence of diabetes in the world. The International Diabetes Federation has forecast that the region will almost double its numbers of diabetes patients by 2040 to 72 million sufferers, up from the current level of 37 million. Rates of early death caused by diabetes have risen in the Middle East by 61% between 1990 and 2013, and the number of lost years has increased by 50%. A growing number of children are also developing the disease. In response, the UAE’s Ministry of Education has banned fast food and other packaged foods that contain high levels of sugar and carbohydrates.

Around 40% of diabetes sufferers in the MENA region have not been diagnosed and could easily develop severe complications if not treated. In 2015, 342,000 people died from a diabetic condition. More than half of them were aged under 60. Nearly 10% of people in the region have diabetes, according to the International Diabetes Federation.

Cultural changes in the region are contributing to the exploding rate of diabetes, especially type 2. These include the development of a modern Western style of living, with sugary drinks, processed meat, and lots of food filled with salt and sugar, combined with much more sedentary habits and lack of exercise.

The UAE is not alone in suffering very high rates of diabetes in the population. Other countries in the Middle East are also experiencing the problem, including Egypt, Bahrain, Kuwait, Oman and Saudi Arabia, which has the highest rate in the region at nearly 24%. These countries need to find ways to tackle the disease and prevent it affecting the health of so many of their residents.

So what is being done across the Middle East to deal with this problem? It is being taken seriously in some quarters, as shown by the organisation of the third Gulf Diabetic Foot Conference, which was held in Doha, Qatar, in March 2017. More than 800 delegates attended the conference, among them wound care specialists, physicians, surgeons and podiatrists. Experts from around the world shared their knowledge and techniques of screening, diagnosis and treatment. They also gave hands-on training to medical professionals, who are tasked with leading the fight against the spreading threat of diabetes.

Only $17 billion was spent on tackling diabetes in the MENA region in 2014, representing a mere 3% of the total worldwide investment.

However, health spending in the region falls well short of what is needed. Only $17 billion was spent on tackling diabetes in the MENA region in 2014, representing a mere 3% of the total worldwide investment in treatment. This lack of spending leads to more costly health care for sufferers who develop complex and acute conditions as they grow older. A short-sighted approach not only leads to big, expensive problems further down the line but also damages the health of people who suffer from diabetes or are at risk of the condition.

A new register of diabetics in the UAE clearly points the way ahead for other countries in the Middle East that need to come to terms with the scale of the problem. It cannot be a solution on its own but can form an important part of the answer. Effective screening and treatment services depend on good-quality information about which patients have diabetes and where they live.

Policies need to be developed to address risk factors and promote more comprehensive treatment services. The package of care needed to support someone with diabetes can only be provided if it has adequate investment and resources supporting it. Middle Eastern countries such as the UAE have a health emergency on their hands and must face up to the challenge quickly, or the crisis will only worsen in the coming years.

In Kuwait, a drug has been developed from the slime of catfish to treat diabetic foot ulcers as well as some forms of cancer. Professor Jassim al-Hassan of Kuwait University has led research into the effects of catfish skin on foot ulcers after accidentally experiencing its healing qualities when he cut his hand while fishing. The search for an alternative to antibiotics has inspired Hassan to look at marine life for some clues to other treatments. He later tried the catfish slime treatment on his father’s foot ulcer, with which he had been suffering for a year, and it cleared up within a week.

After 40 years of research, Hassan, who is dean of the university’s faculty of science and director of its Marine Science Centre, says the drug that has been developed from the catfish can be used safely and is patented. He spent a long time testing the effects of the blood, skin and venom from the catfish to understand its components. He says it stops bleeding, saves about 60% of the healing process and can be used on otherwise stubborn foot ulcers.

The MD Anderson Cancer Center in Houston, Texas, is funding research into the healing qualities of the ‘Kuwait Drug’, as it has been named, on foot ulcers, as well as other infections and wounds. The centre is also examining the drug’s effectiveness in fighting lung cancer. 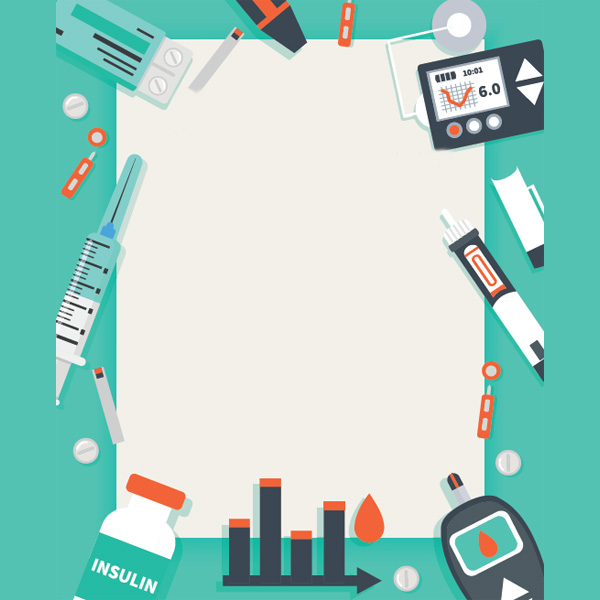 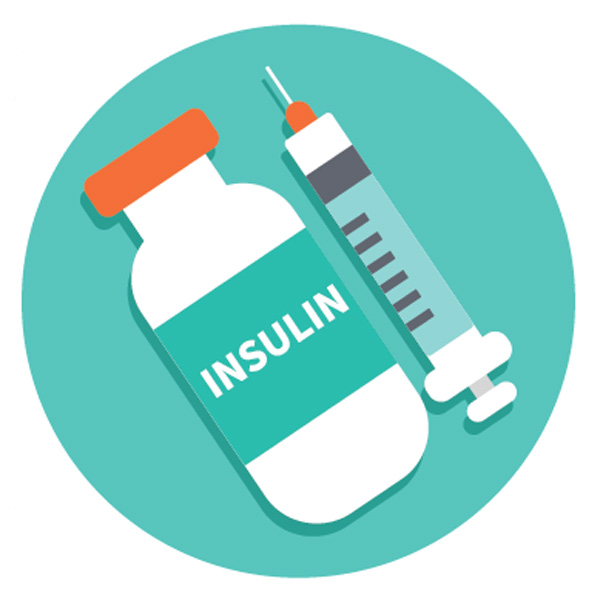 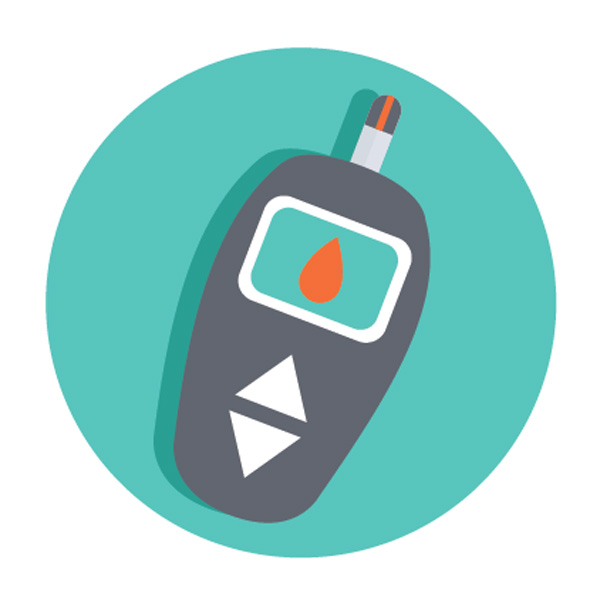 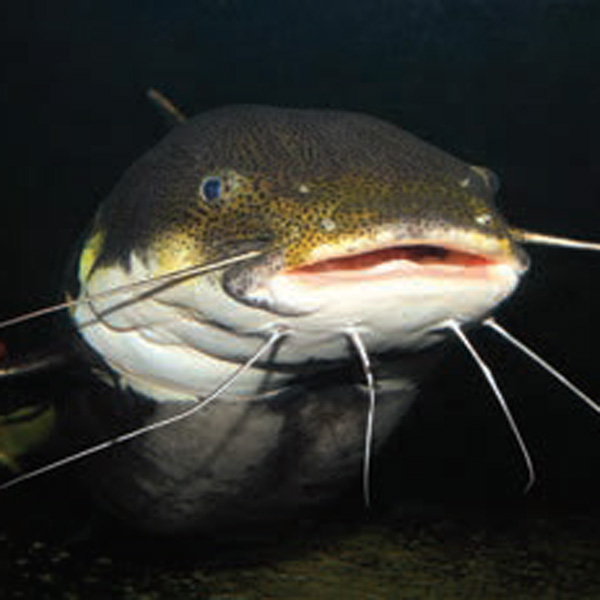 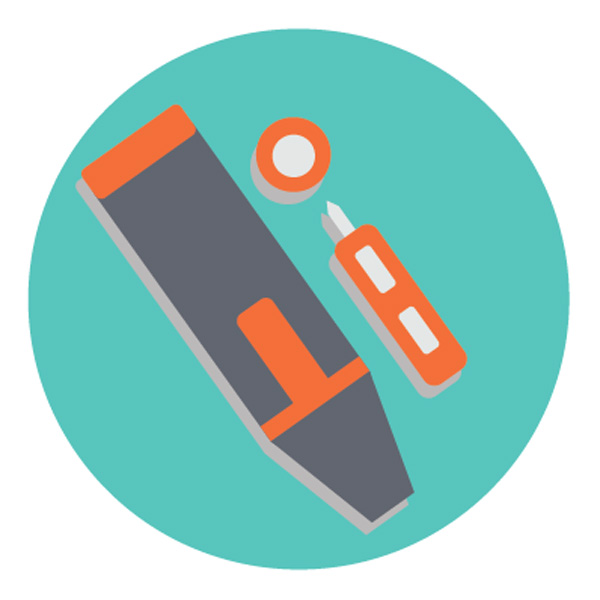