Needlestick accidents are a common cause of injury and can lead to psychological distress for healthcare workers. Natalie Healey explores the measures some hospitals are taking to bring down the rate of sharps mishaps, from emphasising the importance of PPE to taking trainees into virtual reality.

It’s common sense to exhibit caution when working with sharp objects. But sometimes, despite everyone’s best intentions, accidents do happen, particularly when staff are under pressure. Needlestick or sharps injuries arise when a needle or other pointed instrument accidentally penetrates the skin. They account for 17% of accidents to NHS workers and are second only to injuries related to the moving and handling of patients.

Needlestick injuries are worrying events not just because of the damage caused when the skin is pricked, but also of the potential transmission of infection if the sharp is contaminated with blood or another body fluid. The main diseases associated with needlestick injury are hepatitis B, hepatitis C and HIV. But other agents, such as Epstein Barr, malarial parasites and prion diseases can also be transmitted this way. And it’s not only physical health that’s at stake – the psychological impact of the weeks of uncertainty before finding out if you’ve contracted a blood-borne disease can be extremely challenging for doctors and nurses.

“It’s completely unacceptable for staff to be put in danger when they are simply trying to do their job,” Sara Gorton, head of health at trade union Unison, told the Telegraph in 2018. “Such injuries cause unnecessary stress and can have a huge impact on someone’s health. This means time off and ultimately has an impact on patients’ treatment.”

100,000 needlestick injuries happen in the NHS annually, and experts believe many more go unreported. As well as being dangerous for staff, they can also be expensive for hospitals. The estimated cost to each healthcare trust is an eyewatering £500,000 every year in legal fees. More than 1,200 NHS staff won compensation after being injured by needles potentially infected with HIV or hepatitis between 2011 and 2017, according to NHS Resolution, the body that handles negligence claims against trusts.

The organisation says the causes of needlestick injuries include non-compliance with standard infection control procedures; inadequate disposal of clinical waste; over-filling sharps bins; and neglecting personal protective equipment (PPE). But other experts believe there may be some factors that have been overlooked.

Milko Zanini, assistant professor of nursing at the University of Genoa in Italy, believes solving the problem must start with better education for trainee healthcare workers. “Every year, about three million healthcare workers are exposed to blood-borne pathogens [through the skin] – that’s a huge amount of people,” he says. “At Genoa, we have around 2,000 nursing students and many of them are already in contact with blood. This is a really important issue because they are in training and need to be safe during practical activities.”

To determine the most effective way of teaching best sharps practice, Zanini wanted to identify certain behaviours in his nursing students that might make them more likely to experience a needlestick injury. “We tried to develop a scale that is focused on behaviour and the frequency of that behaviour,” he says.

The researchers were informed by both the students’ behaviour during training and their reports of what they’d seen from other staff during hospital shifts. To develop the tool, Zanini surveyed students on their knowledge of correct procedures and the problems they faced putting these into practice.

PPE is an issue that’s been given much attention during the coronavirus crisis, and perhaps unsurprisingly Zanini found that it’s important in preventing needlestick injuries too. Research in the Journal of Infectious Disease found wearing gloves will remove up to 86% of the blood on the outside of a needle, drastically reducing the chance of transmission through a sharps injury. But Zanini found some nurses were neglecting to don protective clothing – ironically because they thought it would make patients feel safer.

“All the research was done before Covid and now it’s very familiar to wear glasses or a bioshield and gloves,” he points out. “But before coronavirus, nurses weren’t confident patients would understand why they were dressed in that way.”

Zanini hopes his findings will improve understanding of the contributors to needlestick injuries and help professionals develop better training materials. But one problem that can’t be easily solved is the shortage of healthcare staff. The more patients nurses have to look after, the easier it is for good hospital practice to slip, leading to an increased risk of injury. In October 2019, the UK’s Royal College of Nursing warned that far too many nurses were experiencing burnout. And that was before the coronavirus pandemic.

“In our part of Italy, we have to take care of an average of 9.3 patients for each nurse,” Zanini says. It’s a long way from the recommended six patients per nurse. “We are now facing a real shortage of nurses worldwide. It’s the same problem everywhere.”

Is legislation the answer?

At Cork University Hospital in Ireland, Grainne O’Sullivan, a specialist registrar in occupational medicine, is taking a different approach to needlestick injury prevention. She’s interested in whether legislative interventions can reduce the risk. In 2014, the EU’s Prevention of Sharps Injuries in the Healthcare Sector Regulations were implemented. The legislation states that where there’s a risk of sharps injury, the medical devices used should incorporate safety-engineered protection mechanisms wherever possible.

“If there was a device that would self-cover after use or had a passive shield to cover the sharp, it should be used,” O’Sullivan simplifies. “The challenge was it was available for some items immediately, such as IV and butterfly needles. But it’s only in very recent years that some other procedures and instruments are getting safetyengineered protection mechanisms.” She points out that her hospital has recently introduced safer insulin device pens where the needle is always covered when not in use.

To determine whether these regulations had made a difference, O’Sullivan conducted a literature review to explore relevant studies on needlestick injuries. Dishearteningly, she didn’t find a reduction in sharps injuries after the legislation came into play. “The incidence seems to be quite stable even though there have been advances in engineering and legislation to try and protect healthcare workers,” she sums up.

So what more can be done to protect healthcare staff? O’Sullivan believes a holistic approach is needed. A one-pronged solution will not be sufficient. Instead, she explains, think of the risk as a hierarchy. Start with elimination. Does the procedure need sharps at all? If it does, look for safer substitutions such as newly developed devices that cover the needles when not in use. If those aren’t available, think about other ways to mitigate the risks.

“You should also consider training to make sure staff are aware of how to safely use and dispose of sharps,” she says. “And PPE. Make sure everyone’s wearing gloves if they’re using sharps. It will take an ongoing effort to reduce the incidence of needlestick injuries.”

Some hospitals are trialling high-tech solutions to raise awareness of the problem. Researchers at Taipei Veterans General Hospital in Taiwan felt there was considerable room for improvement when it came to training tools for healthcare workers. They pondered whether an immersive learning experience using virtual reality (VR) technology could lead to more engaged trainees and greater knowledge retention than conventional training programmes. So, the team introduced a self-developed VR game to the syllabus to educate healthcare workers on the risks of needlestick injuries.

Medical students don VR headsets and enter a virtual world. Here, they face a series of random scenarios where they can see the consequences of unsafe practices when dealing with sharps. The study, published in the Journal of Educational Evaluation for Healthcare Professionals, found the VR training significantly decreased trainees’ anxiety about needlestick injury prevention. And two months after its introduction, needlestick injury rates were down.

“If anything can be gained from this pandemic, it’s that nurses are learning how to protect themselves. And patients are now more confident when they see nurses protected.”
Milko Zanini, University of Genoa

Meanwhile, a team of scientists at Rutgers University has created a robot that can take blood samples from patients so there’s no need for doctors and nurses to handle a sharp. As inserting a needle into a vein is the world’s most common clinical procedure, they hope the device could significantly reduce needlestick injuries in healthcare settings in the future.

Zanini welcomes innovative approaches like these but agrees with O’Sullivan that a combination of solutions will likely be needed to reduce the rates of needlestick injuries. He’d like to see safer medical equipment being developed and believes advocating for PPE will remain as vital as it has been through the the coronavirus crisis.

“If anything can be gained from this pandemic, it’s that nurses are learning how to protect themselves,” he says. “And patients are now more confident when they see nurses protected.”

HCWs experience percutaneous exposures to bloodborne pathogens each year, out of the 35 million worldwide.
Nursing Op

Students in Germany and the US reported NSIs by the end of their studies.
American Journal of Infection Control and British Journal of Nursing

Notified injuries among HCWs, including staff in training and student nurses, are caused by occupational exposure to biological risks, of which two-thirds are the result of needlestick injuries and one-third of sharps injuries.
Italian Study on HIV Occupational Risk (SIROH)

Zanini’s most recent work on needlestick and sharps injuries was a study in Nursing Open that aimed to develop and validate a new instrument for investigating the predictive factors for such injuries in nursing students during clinical placements. The Student Nurse Needlestick Injury Prediction (SNNIP) scale, as the tool is called, evaluates:

More than one-third of the second and third-year students that responded to the survey (39%) reported that they had been injured at least once with a sharp or a needlestick, and nearly half of those (48.9%) experienced more than one injury. Predictably, most injuries occurred during the second year (67.3%), primarily in general medicine (48.6%) and general surgery (42.1%) wards. A huge majority took place during “drug administration” (68%), followed by those sustained while “handling sharps and needlesticks” (18.4%). The devices that mainly caused injury were vials (68.5%) and infusion syringes (15.8%). Of the 147 injuries reported by the students, 8.8% occurred with a contaminated device: 15.4% of these participants did not access the emergency department because it was “not deemed necessary” (55.6%) or because “I considered the risk was low or none” (44.4%).

The authors concluded that the SNNIP scale could be used to better understand the extent of the issue of needlestick and sharps injuries among student nurses, and aid in the implementation of specific courses to improve their, and other healthcare students’, health and safety. The study was the first step in a project to scale up the use of the SNNIP scale across Italy.
Source: Nursing Open 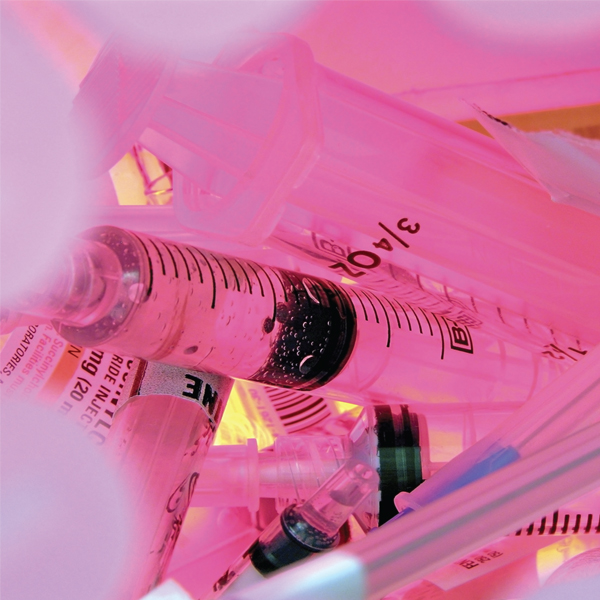 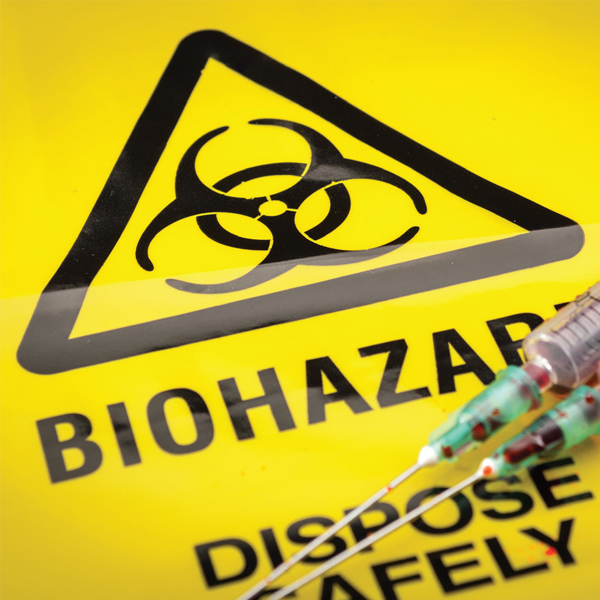 Needlestick injuries can lead not only to dangerous infections but also costly lawsuits.
Post to: