Paper cuts - the evolution of the digital hospital

The evolution of the digital hospital is a frequently debated topic in healthcare. The Cleveland Clinic, the first completely paperless hospital in Abu Dhabi, has just opened, but can we expect other hospitals in the region to follow suit, and what will be the impact on patients and healthcare professionals? Rod James speaks to John Daniels of HIMSS Analytics and Joe Hawayek at PA Consulting to find out.

From a technological standpoint, hospitals in the Middle East have some major advantages over their counterparts in Europe and North America. High healthcare budgets – at least in the oil and gas-rich states – mean there is plenty of money to go towards implementing innovative ideas and systems. On top of that, a lack of existing infrastructure means that hospitals can start from scratch, without having to work around the remains of what came before.

This goes some way to explain the rapid progress some of the region’s hospitals have made in adopting digital systems, or ‘going paperless’. Healthcare IT-consultancy firm HIMSS Analytics, which rates hospitals based on their level of digitisation according to its Electronic Medical Record Adoption Model (with Stage 7 being completely paperless), has awarded Stage 6 certification to 13 hospitals in the UAE and three in Saudi Arabia. The first to reach Stage 6, the King Faisal Specialist Hospital and Research Centre in Saudi Arabia, did so only in January 2012, showing just how rapid progress has been.

The decision to go paperless is increasingly being seen as an obvious one. Extensive studies, such as that carried out by Johns Hopkins University in 2009 that looked at 41 hospitals and 160,000 patients in the state of Texas, found that patients in hospitals whose technology ranked in the top third were 15% less likely to die during their stay. Those hospitals with the most sophisticated electronic ordering systems (used to procure supplies) saw the odds of their patients dying from a heart attack decrease by 9% and the chance of them dying during a coronary bypass procedure decrease by 55%.

“If these results were to hold for all hospitals in the US, computerising notes and records might have the potential to save 100,000 lives annually,” said Neil Powe, managing director of the Department of Medicine at Johns Hopkins University School of Medicine, at the time. The fact that digitisation is good for the bottom line, at least after the high initial cost, doesn’t hurt either.

In the UAE, the Cleveland Clinic Abu Dhabi is a favourite to be the first Middle Eastern Hospital to reach Stage 7. The 2.2-million-square-foot hospital, which was completed in May 2015, was designed from the ground up to be completely paperless, and builds electronic surgical and imaging technology, telemedicine and digital patient records into a single integrated system. Many of the technologies it employs – such as the use of unit-dose barcodes on medication and blood products – replicate those used on the Cleveland Clinic’s main campus in Ohio.

This technological integration mirrors the healthcare model that Cleveland and its Abu Dhabi subsidiary employ. Their doctors are paid a fixed salary and so have no financial incentive to provide unnecessary treatments, and teams are organised around body system or disease rather than job function. Hence medical, surgical and support staff work together and share information daily.

“Their strategic initiative was to ensure that they could open the hospital fully electronic so that they could be validated and paperless as much as they possibly could,” says John Daniels, global vice-president of the healthcare advisory services group at HIMSS Analytics. “They did a great job implementing those technologies – it was easy to validate them at Stage 6 and right now they are working hard to be validated Stage 7. Perhaps they will be the first Stage 7 hospital to be validated in the region, but only time will tell.”

Even if hospital management loves the idea of going paperless, in practice, implementing such a system is never easy. Among the IT crowd, hospital workers – particularly clinicians – are considered to be a particularly difficult bunch. While institutions such as banks and oil companies have been quick to adopt new technologies – their employees comfortable mastering the basics of new systems and software – hospital workers, it seems, tend to be stubbornly resistant.

This is understandable. The teething problems associated with new IT systems might cause frustration to a banker, at worst resulting in the loss of a few million essentially metaphysical dollars, but such glitches are potentially life-threatening in the hospital environment. For all the inefficiencies and flaws of the existing system, for many it’s a case of better the devil you know.

“From my experience, whenever digital systems are introduced to staff for the first time, there is always a dip in performance,” says Joe Hawayek, digital expert at PA Consulting, which advised Cleveland Clinic Abu Dhabi. “This is because of human error, where the training wasn’t as effective, they weren’t paying attention, or the system wasn’t entirely ready for them to use… This is more amplified in hospitals – staff in hospitals are less tech savvy and used to digital systems than their counterparts in, let’s say, a bank.”

There are ways that hospitals can mitigate these problems, however. For example, Hawayek’s team always runs the old system in parallel with the new for at least the first few months to ensure that no major errors are made.

Most important is getting the input of all staff at the earliest stage in order to create the perfect system first time and engender a sense of investment in the project. This isn’t always easy – many see helping design an IT system as irrelevant to their job and a drain on their time and energy. But gaining buy-in is vital.

“[The project heads] should be going to the physicians and saying, ‘hey, we are going to be implementing a system in which you can enter all your medication and non-medication orders, so let’s talk about the best way to do that’,” says Daniels. “And then you should be able to go to the nurses who deal with a lot of patient documentation and bring them in on the design and buildout of the system – ‘This is what this screen should look like; this is our process when we collect the vitals from the patient’. Give them a chance to buy in.”

Based on the outcome of these consultations, software designed for use in hospitals is increasingly taking cues from programmes and websites with which staff are familiar, with Facebook proving particularly influential. In the Cleveland Clinic Abu Dhabi, for example, staff can post patient updates on a newsfeed, allowing interaction between multiple interested parties and ensuring that important information doesn’t get lost in an individual’s inbox.

“The expectation of the user is set by other systems and we want to build on that,” says Hawayek. “The point is very much less training. Bringing people into a room and explaining how a system works is not ideal. Taking people off their day jobs is not the most efficient use of their time, and then often they forget what they’ve learned. It has to be intuitive like Facebook – nobody trains anyone on the use of Facebook.”

While some hospitals in the Middle East are making great gains in the move towards paperlessness, there is a long way to go before high-tech hospitals become anything like the norm. The 28 hospitals in Dubai, traditionally one of the more technologically progressive parts of the region, average just 2.5 on HIMSS’s seven-stage model.

Are we there yet?

There are still many barriers to overcome, particularly among patients, many of whom are yet to be convinced of the security and reliability of electronic patient records. This is a big enough concern for patients in the UK and US, never mind in countries with perhaps less tech-savvy populations. There is also the problem of human resources – or the lack thereof – which exists across many sectors and countries in the region. The right workers often have to be brought in from abroad, and convincing them is not easy or cheap.

This has only been made more difficult by nationalisation policies designed to gradually reduce reliance on expat labour. In Saudi Arabia, for example, expats are now restricted to an eight-year stay and are actively discouraged from bringing their families. In Kuwait, the government is aiming to reduce the expat population by 100,000 a year between 2014 and 2024.

“The knowledge of what’s available – who the vendors are that can provide the systems, finance and planning for funding and justifying your business case; project management skills to determine what’s required and push it through the organisation; sourcing and procuring the right systems; and arranging for the right degree of training and hiring – all of that is lacking when it comes to this paperless environment [in the Middle East],” says Hawayek.

“A healthcare provider might be willing to invest in new ways of working, but then can’t get the right people who would make it happen. It’s a real source of frustration.” 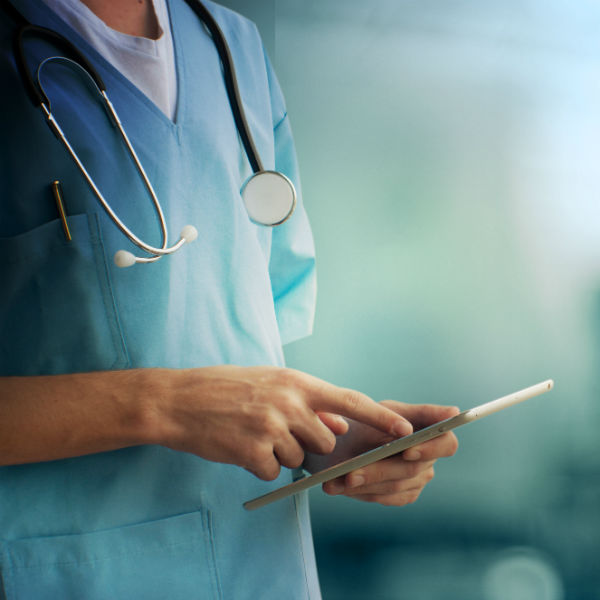 Paperless hospital systems have been shown to reduce clerical errors, improve staff efficiency, streamline processes and even decrease the number of patient deaths.
Post to: