Women in Saudi Arabia might not be big smokers or drinkers but they have huge levels of obesity, hypertension and diabetes. Mashael K Alshaikh, from Imperial College, London, is co-author of a study on the problems of measuring and diagnosing illnesses among Saudi women, particularly those with cardiovascular problems. She talks to Andrew Putwain about the health barriers facing these women and discusses solutions.

Practical Patient Care Middle East: Can you tell us about your background and your current role?

Mashael K. Alshaikh: I am a PhD candidate in the Department of Primary Care and Public Health, School of Public Health at Imperial College London. I am interested in women’s health, in particular disease prevention, health behaviours and public health issues.

The study you worked on is based on the health of women in Saudi Arabia and how certain lifestyle and cultural factors affect their health. Can you expand on this idea and tell us about the goal of the study, and what was the impetus for it?

Prior to my research, we viewed multiple reports and research studies that were published in regard to the almost epidemic level of certain cardiovascular disease (CVD) risk factors in the Saudi population. These risk factors include obesity, diabetes and hypertension. Such diseases are considered lifestyle-related diseases that can be prevented.

Our main goal was to establish an in-depth perspective that focuses on women in Saudi Arabia. We aimed to conduct a systematic review that observed most of the variable risk factors such as diabetes, hypertension, physical activity, and more, and measuring the changes that can occur once a healthy lifestyle in women, from different regions and populations, is adopted.

The study also includes university students, those attending primary care clinics and national studies that have been conducted in Saudi Arabia.

Can you talk about the prevalence of CVD risk among women in Saudi Arabia; what are the causes and how it is affecting society? What are the effects it’s having on the healthcare sector and how has the disease been caused, prevented and treated?

Smoking rates have been recorded at up to 9.1%, but on the other hand, smoking shisha or hookah is growing and has become more popular. A 2011 study, ‘The prevalence of waterpipe tobacco smoking among the general and specific populations: a systematic review’, looked at Saudi women employees and found the prevalence was 11%. Also, we need to keep in mind the conservative nature of Saudi culture that looks down on women who smoke, therefore underreporting should be considered.

Hypertension prevalence average was 21.8%. A 2014 study reported on the prevalence of hypertension from a large national health survey of more than 10,000 households throughout Saudi Arabia. The overall prevalence of hypertension was 15.2%, while 40.6% of Saudis were borderline and over 57.0% of those with hypertension were found to be undiagnosed. Underreporting should not be ruled out, as many of the studies included collected self-reported data, such as in the Journal of Environmental and Public Health, to which I contributed.

All these lifestyle-related diseases cost governments billions. In 2013, the secretaries of ministries of health in the GCC calculated the total cost of non-communicable diseases and that number is shocking at $36.2 billion.

Diabetes rates are as high as 27.6%, and we know that lifestyle influences the risk of diabetes, in addition to genetic factors. Several studies show that Arabs have a greater genetic predisposition to diabetes than Caucasians. In Saudi Arabia, as in other Gulf Cooperation Council (GCC) countries, the prevalence of consanguinity is as high as 60%. This is considered the highest rate of consanguineous marriages in the world and has contributed to the high prevalence of diabetes within the GCC countries. 27.0% of women were overweight, obesity was at 40.23%, and physical inactivity rates could be as high as 98.1%. Hypercholesterolemia prevalence in Saudi women, on average, was 24.5%, while metabolic syndrome ranged from 13.6 to 40.3%.

As we see, the highest risk factors were physical inactivity and obesity. When we look at Saudi society, sociocultural reasons may explain why women are not active.

All these lifestyle-related diseases cost governments billions. In 2013, the secretaries of ministries of health in the GCC calculated the total cost of non-communicable diseases, and that number is shocking at $36.2 billion. The cost of CVD and diabetes reached over $11.0 billion. This cost estimate is expected to increase to $67.9 billion by 2022, which is equivalent to one and a half times the healthcare budgets of the six governments, according to a report from consultants PwC.

The study mentions the cultural landscape of Saudi Arabia particularly in regards to physical activity. Is it cultural barriers that prevent women from pursuing more sports and physical pursuits? If so, how did the study show these barriers manifested?

Saudi Arabia can be generally considered a conservative society with respect to women’s participation in public activities. There are very limited activities that a woman can practice due to the cultural norms established in the kingdom across many generations. Moreover, since April 2014, there has been no physical activity for girls in the curriculum at Saudi public schools, which eventually resulted in overall negative social norms.

Some other activities are prohibited as well, such as driving. Women can commute and travel to desired places, such as a health club or gym, but only with a guardian or a male, which increases the obstacles to performing physical activities.

One study reported that tradition, such as approval from a male guardian, was the leading problem for women, followed by a lack of, or limited, facilities that were the highest reported barriers to Saudi women, limiting their ability to be active. Another Saudi study reported that a lack of social support was the main problem, followed by a lack of resources as the second-leading obstacle.

We will soon publish an article titled ‘Perceived barriers to physical activity among women in Saudi Arabia: a cross-sectional study’. In this article, we will shed more light on the reported barriers that limit women from being physically active and propose multiple approaches to overcome them.

What programmes or educational practices are being introduced to counteract this problem? And do you think they will be effective – if so, why or why not?

In the past two years, there has been significant attention towards raising women’s rate of participation in multiple national platforms. Those initiatives are being designed and led by several government and private entities in different arenas, such as the labour force, community institutions, sport, education and healthcare.

The Saudi Arabian Olympic Committee plans to increase its investment in women’s sports across the entire country, by opening women-only gyms in every Saudi neighbourhood. Starting from February 2017, the government began granting licences for women-only gyms. Previously, women’s gyms had operated unofficially under salon and spa licences. Princess Reema bint Bandar, vice-president for women’s affairs at the General Authority of Sports, announced this initiative earlier in 2017.

Enabling and empowering women in Saudi Arabia is becoming a major initiative, day by day, across several programmes and entities. The aim is to increase the participation of women and establish positive cultural awareness around women’s rights in practicing and playing the same roles in the country that are currently filled solely or heavily by men. In the Shura Council, or Saudi parliament, almost 30% of assembly members are female.

The study says ‘public health authorities must implement solutions from a gender specific aspect to reverse the trend and decrease the prevalence of CVDs among Saudi women’. What would you like to see done to achieve this? What recommendations would you make to authorities?

What was very evident from the research is that the obstacles within Saudi Arabia exist in multiple levels. Some are infrastructure-based, such as the availability of gym facilities, and some are related to existing policies and regulations. However, the most dominant factor among those barriers is the behavioural one. The current behaviour of individuals, especially females aged 35–65, needs to include more healthy measures.

I believe the availability of dedicated centres that work effectively to increase the self-image of women and introduce more education in regard to healthy food and physical inactivity for patients with chronic diseases, would have a positive impact in the overall health of society and decrease the prevalence of such CVD diseases. What we need is a significant collaborative investment from government and private sectors that aim to establish more health-oriented awareness, more physical activity and sports participation, and more attention to all the causes of CVDs that can be prevented.

Did the study take in any other Gulf or GCC nations? Do they suffer from this same problem?

Our main focus was to examine the Saudi environment considering its unique set of characteristics and cultural context. However, the need to expand this scope of study to other regional environments is necessary and of great value. Thus, we plan to publish an article that reviews the CVD risk factors among women in the GCC countries in order to measure the similarities and differences.

A previous report has examined the legislation and policies of the GCC regarding the behavioural risk of non-communicable diseases, where most of them were related to tobacco control. But when it comes to the prevention of NCDs, only six policies have been addressed by the GCC’s ministries of health.

I believe the need to issue clear, comprehensive policy is extremely vital. Moreover, several entities should be involved, such as communities and religious officials, in order to guarantee that such efforts and change in the society will be pushed from multiple drivers.

The cost of CVD treatment is an indicator that changing society to be more active and healthy will have a significant impact on the economy, and eventually decrease the burden of health investment, especially with the drop in the oil price and current economic challenges. 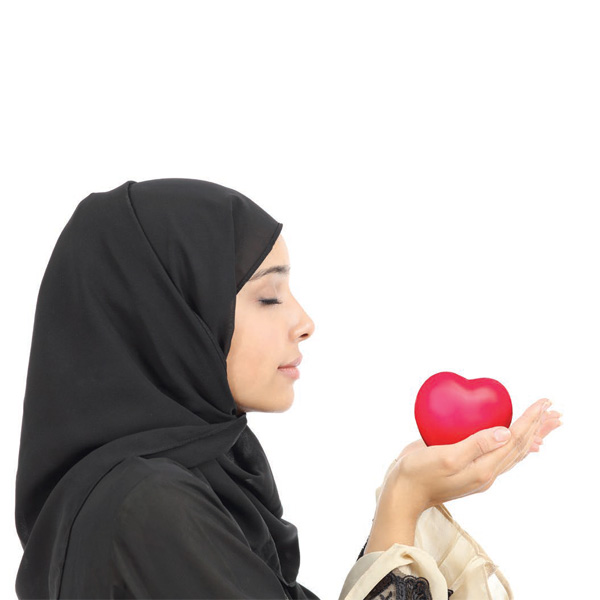 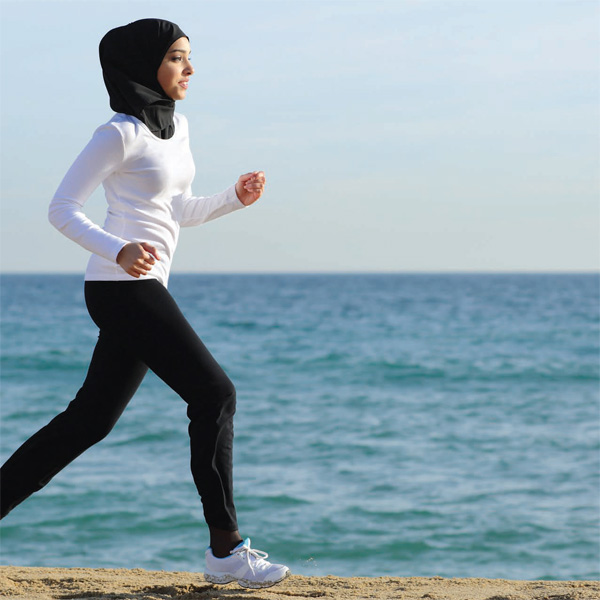 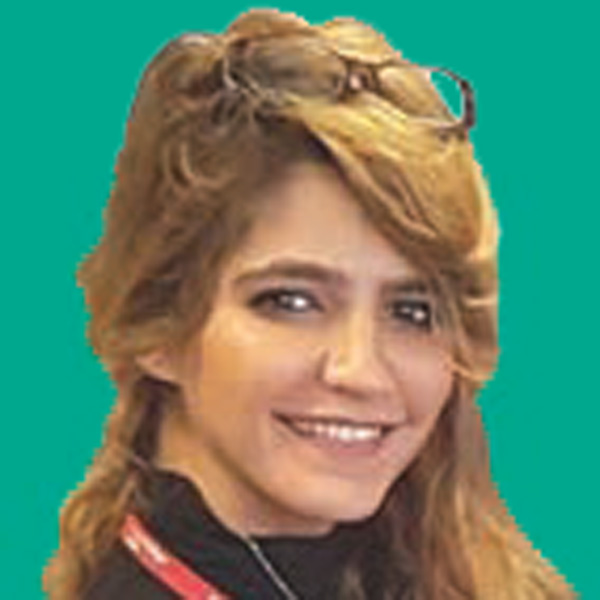 Mashael K Alshaikh: Mashael K Alshaikh is a PhD student in primary care and public health at Imperial College, London. She has a Masters degree from the University of Salford. She is a licensed clinical pharmacist and was previously a supervisor at the Medication Safety and Drug Information Centre at King Khalid University Hospital, in Riyadh.
Post to: