The administering of injectable biologic therapies and wearables is rising. These treatments present several challenges for healthcare professionals and patients: the large size of the molecules means that administration is not as straightforward, an effective dose may be highly viscous and patient compliance is not ensured. Patrick Kingsland asks Dr Olivia Merkel, professor of drug delivery at the Ludwig Maximilian University of Munich, how these problems can be addressed.

Injectable biologics and wearables are used to treat a vast array of conditions, ranging from arthritis to colitis and cancer. These therapies have become the go-to option in many cases because of their ability to meet a plethora of needs.

Take Humira, AbbVie’s antiinflammatory drug, which was the top-selling pharmaceutical in the world prior to the expiration of its patent in 2016. This drug is administered by subcutaneous injection, and has been approved for several indications. Other widely administered products in this category include Enbrel for rheumatoid arthritis, Lucentis for macular degeneration and Lantus for diabetes. Each of these medications surpasses $1 billion in annual sales.

The main advantage of these drugs is their precision focus. Rather than affecting the entire immune system, biologics work by interacting with very specific targets.

“Often, the target is a protein-protein interaction, which can be hard to interrupt with a traditional drug,” says Dr Olivia Merkel, professor of drug delivery at Ludwig Maximilian University of Munich (LMU Munich). “For example, with inflammatory diseases, such as colitis, there are antibodies that are supposed to either capture cytokines and neutralise them, or block a receptor where the cytokine would bind, causing a strong inflammatory cascade. Biologics have been hugely advantageous in cancer. For example, Herceptin is now the standard therapy for patients with HER2-positive breast cancer and has greatly improved survival rates.”

While these success stories speak for themselves, injectable biologics present a number of challenges. Injections are far less convenient for the patient than taking a pill and this causes problems with adherence. Non-compliance has been estimated at around 10%.

“I would say 90% of biologics have to use a parenteral vial,” says Merkel. “Lots of them are injected, either systemically or subcutaneously, and some can be inhaled, but really you need a parenteral route.”

This delivery route is forced by the size of the molecules involved. Unlike traditional small-molecule drugs, biologics cannot easily cross cell membranes, making them harder to administer.

“Most biologics are proteins, so they are very large, and they really have to be delivered to wherever the site of action is,” adds Merkel. “Because they are so large, they can be easily degraded, and if this happens they lose their activity. So you can’t give them orally because they could be degraded in the acidic environment of the stomach.”

In fact, when proteins and peptides are delivered orally, their bioavailability generally lags at under 2%. Although it is not for want of trying, the industry has largely failed to deliver biologics in a pill.

Inhalable biologics have seen limited success, with the best-known example being MannKind’s inhalable insulin, Afrezza. Despite its quick-acting formulation and radical promise, the drug has faced reimbursement issues and has not sold particularly well.

Even though we’ve now managed to deliver proteins quite efficiently, we’re still struggling with nucleic acids. Maybe over the next ten years, we’ll really translate things into clinical practice.

While the quest for other delivery methods is not over yet, it seems likely that the biologics market will be dominated by injections in the years to come. As the market for global injectable drug delivery devices and wearables continues to grow, the question remains: how can the industry maximise patient convenience as much as possible, while ensuring that they receive the correct dose?

As Merkel explains, the delivery method that patients use depends on the disease. “Compliance really is a problem if IV injections or infusions are necessary, and I think that this is the biggest challenge for translating biologics that are used in a non-cancer field,” she says. “If you look at a patient with asthma, they’re not exactly willing to go to hospital for infusions or even an injection. Patients with Crohn’s disease are maybe a bit more willing to do this, but they still find it very invasive. And if you have cancer, you’ll do anything to get better and survive.”

This means that biologic drugs for cancer are typically delivered via infusion. It is unlikely that any issues with non-compliance will arise.

Other drugs, specifically those that need to be taken systemically, might be given by a nurse or doctor at regular intervals. These drugs take the form of intravenous or intramuscular injections and would be hard for the patient to administer themselves.

For other conditions, selfmanagement may be more appropriate. Such injections are easy to administer, do not require specialist training and reduce pain.

The obvious example here is insulin, which has been used with great success for nearly a century. Unfortunately, other biologics are not so easy due to their large-molecular size and high viscosity. “If you have a high molecular weight, a low concentration of such a macromolecule can cause viscosity increases, meaning the it can be painful,” explains Merkel.

“You can dilute it, but then you may have solubility issues and need to do an infusion. Someone with asthma is probably not going to be thrilled if you tell them that they have to come in for a two-hour infusion for their asthma every one or two months.”

It has fallen to manufacturers to develop auto-injector devices that overcome these viscosity challenges. Recent years have seen great strides being made in this field, with a new wave of products designed to deliver the drug safely, comfortably and with suitable force.

“Most of these biologics are sold as pre-filled syringes and auto-injectors that are similar to insulin pens,” says Merkel. “They can be easily handled, and you have a very defined dose.”

Humira, for instance, is a highly complex protein with a molecular weight that is around 25 times higher than insulin. Andy Fry of Team Consulting has described the delivery challenge as comparable to injecting golden syrup.

Compliance really is a problem if IV injections or infusions are necessary, and I think that this is the biggest challenge for translating biologics that are used in a non-cancer field.

The next big thing

Patients have two choices for autoinjection: a pre-filled syringe or a pen that hides the syringe from view. The latter makes the injection as straightforward as possible, producing a click once the injection begins and a visual indicator to show that it is complete.

Enbrel is administered via a SureClick auto-injector that follows a similar principle, while the arthritis drug Orencia has three delivery options: intravenous infusion, a syringe and a ClickJet auto-injector pen.

Other than auto-injectors, another promising route of delivery is microneedle patches. These involve shrinking the needle to micrometre dimensions.

At this size, it is possible to deliver proteins through the skin, but not large enough to cause any pain. Hundreds of them can be placed on a single patch and can be applied as easily as a plaster. Merkel feels that these have potential to become the “big thing” over the next few years.

“Lately, there have been a lot of interesting approaches to microneedles, especially for vaccines,” she states. “For a lot of vaccines, you don’t really want them to go to the systemic circulation – you want them to be subcutaneous, where a lot of the immune cells are.

With microneedle patches, you can deliver it to exactly where it’s needed to get the immune response you want.” While microneedle technologies are still in the early stages of development, they are showing promising results so far. For example, a team from Georgia Tech and Emory University is working on a dissolving microneedle patch for flu vaccinations. Their phase-I clinical trial results – described as ‘gratifying and exciting’ – were published in The Lancet in June 2017.

Beyond microneedles, Merkel feels that the next few years are likely to spell interesting changes across the board.

“We will see new vaccines, especially for cancer. And then, obviously with all the inflammatory autoimmune diseases, there’s still a lot of room for improvement. Even though we currently have biologics that can treat those diseases, I think there’s a need for better administration routes, better devices and better patient compliance,” she adds.

Merkel points out that new gene-editing methods, including the CRISPR-Cas9 tool, involve biologics, and that they raise similar questions about delivery.

“Gene therapy has been a big wish for many years, and it has a lot of promise, but the delivery is the biggest problem,” she explains. “Even though we’ve now managed to deliver proteins quite efficiently, we’re still struggling with nucleic acids. Maybe over the next ten years we’ll really translate things into clinical practice.”

Ultimately, improved patient compliance means reduced healthcare costs, particularly in situations where patients feel empowered to manage their own conditions. Because biologics are predominantly used for chronic diseases, which require long-term treatment rather than a one-off cure, the potential savings are significant.

The industry will continue to invest in new delivery mechanisms and wearables, asking how biologics delivery might one day become as simple as taking a pill. While there are no simple answers for now, many patients will be relieved to know that the question is being asked. 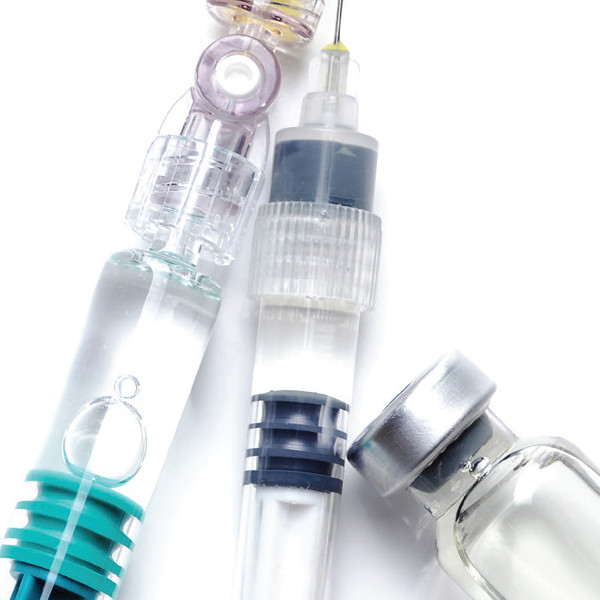 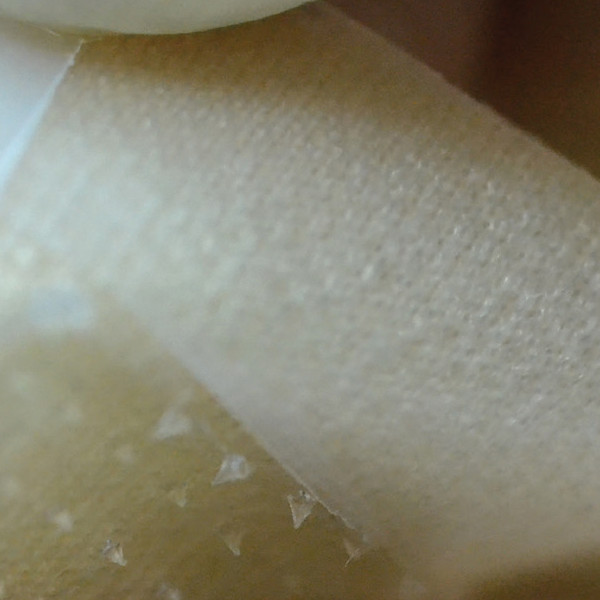 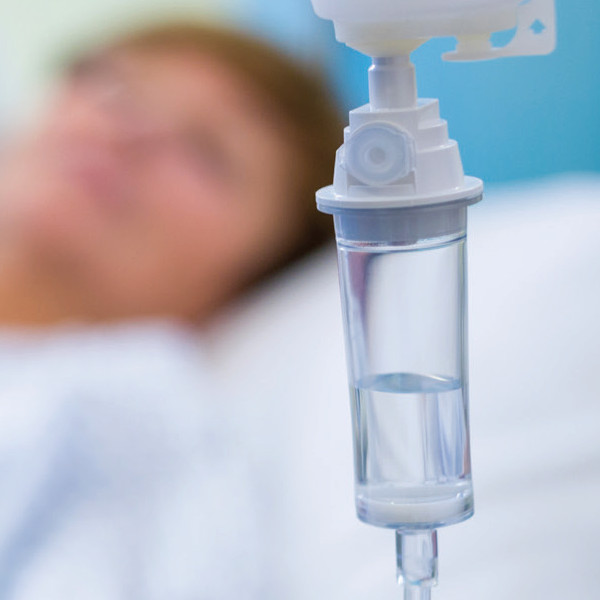 For certain conditions, traditional administration of injections may be on the way out, as self-management becomes the norm.
Post to: