New research has found that one in four non-antibiotic drugs affect the growth of bacteria in the gut, which could promote antibiotic resistance and greatly impact the way in which healthcare professionals diagnose and treat disease. Lucy Evans speaks to Nassos Typas of the European Molecular Biology Laboratory about the capacity to harm as well as heal.

In recent years, the human microbiome has become an exciting field of study. Spurred by advances in sequencing technology, along with disciplines like epigenomics and metabolomics, we know more than ever before about the 100 trillion or so bacteria in the gut.

While much remains to be explored, it seems clear that each person’s microbial make-up can profoundly affect their physiology. In a healthy person, the gut plays host to a diverse bacterial community with an important range of functions. When the gut bacteria fall out of balance, various chronic conditions can result.

This in turn has implications for the way we think about antibiotics. While antibiotics have saved millions of lives, they are something of a blunt instrument in that they kill ‘good’ bacteria as well as ‘bad’ ones. To put it more scientifically, they disrupt the delicate intestinal ecosystem, wiping out useful species of bacteria while allowing other, opportunistic species to thrive.

A question that has not been asked so widely is whether other types of drug might also affect the microbiome. Could certain non-antibiotic classes of drug – especially those with gastrointestinal side effects – inadvertently damage the gut bacteria, in much the same way as antibiotics? And if they work like antibiotics, might they contribute to antibiotic resistance too?

A team of researchers at the European Molecular Biology Laboratory (EMBL) have been attempting to find out. In their latest study, published in Nature earlier this year, they screened more than 1,000 marketed drugs against 40 strains of gut bacteria. A surprisingly high proportion (24%) affected the growth of at least one bacterial species.

“How much damage drugs do to the microbiome is undecided, even for antibiotics, but more so for nonantibiotics,” says Nassos Typas, a group leader at EMBL and one of the study authors. “People expect that because these drugs are developed to target human proteins, they wouldn’t affect bacteria. But we found that the effect of non-antibiotic drugs on the gut microbiome is much more extensive than expected.”

Typas and his colleagues are not the first to explore this topic. Over the past few years, a number of different drugs – anti-diabetics, proton pump inhibitors, NSAIDs and antipsychotics, to name a few – have been associated with changes in microbiome composition. One recent paper, for instance, pointed out that atypical antipsychotics are often associated with metabolic disease, and suggested that ‘gut dysbiosis’ – imbalances in the gut ecology – might be why.

However, the literature to date has left several questions hanging. It has not explained, for instance, whether the drugs impact the microbiome directly, or whether there are additional factors at play. Nor has it determined whether this is a widespread phenomenon, or confined to just a few classes of drug.

Typas’s team decided to systematically profile the interactions between drugs and individual gut bacteria, with a view to generating a comprehensive resource of drug actions on the microbiome. This resource would add an extra dimension to clinical studies and ultimately improve drug design. Their findings were striking – 203 of the drugs in their sample were active against certain bacteria (including 14 not previously reported to have antibacterial activity), with 40 of them affecting ten strains of bacteria or more. What is more, for reasons explored in the paper, the 24% figure is very likely an underestimate.

Keen to pursue this line of thinking, the team conducted a few preliminary experiments. They found there was indeed an overlap between the resistance mechanisms against antibiotics and against humantargeted drugs.

This raises a galling possibility – in principle, you might be able to acquire antibiotic resistance even without taking antibiotics.

While this finding may seem troubling, he points out that we do not currently know enough to assess the degree of risk. On top of that, where crossresistance exists, we might also see a related phenomenon – ‘collateral sensitivity’. In other words, when bacteria become resistant to one drug, they might simultaneously become more responsive to another.

“The general trend is that the resistance mechanism might be common for non-antibiotics and antibiotics, but for every pair of drugs you might also have the opposite situation,” says Typas. “In this case, developing resistance to non-antibiotic drugs – let’s say to a proton pump inhibitor – might make you sensitive to an antibiotic. This would give us room to exploit collateral sensitivity to drive off antibiotic resistance. So in a way it’s not only bad news – it also gives us a window of opportunity.”

It might enable us to optimise drug choice for individuals depending on what microbes they have. It might also help us reduce side effects, or maybe even optimise the drug function.

At present, the EMBL team is pursuing a number of different directions. Firstly, they are further exploring the risk that non-antibiotics might foster antibiotic resistance. Secondly, they want to look beyond individual microbial species, and see how drugs affect the complex communities actually found in the gut. Finally, they want to assess whether drug-microbe interactions might inform more than just the side effects.

“Antipsychotics, for instance, have an extensive effect on our gut microbes – we want to explore whether this effect on the gut microbiome extends only to side effects like weight gain, or whether it might also translate to the mode of action of the drug,” says Typas.

He feels that, sooner or later, both drug developers and front-line clinicians will need to pay more attention to these kinds of interactions. This would give them more control over the treatment’s side effects and even its primary mode of action, as well as better understanding the appropriate dosage.

“There’s a second aspect, which is how microbes might be changing the concentration of the drugs in the human body. So it’s not only drugs affecting microbes – it’s microbes affecting drugs,” he says.

Further down the line, he thinks this work might help researchers design optimal drug combinations, as well as leading to new possibilities within personalised medicine. Although the microbiomes of healthy individuals have a lot of similarities, in that they all carry a common set of species, they often carry very different strains.

“It might enable us to optimise drug choice for individuals depending on what microbes they have. It might also help us reduce side effects, or maybe even optimise the drug function,” Typas concludes.

Microbiome as a biomarker

Gut microbiome has emerged as a particularly useful biomarker for disease phenotype, prognosis and treatment response, according to Purna Kashyap, gastroenterologist at the Mayo Clinic and co-author of 'Microbiome at the Frontier of Personalized Medicine', who states:

“The early advances using this have been realised primarily by optimising preventive and therapeutic approaches in cancer using human genome sequencing. The ability to characterise the microbiome, which includes all the microbes that reside within and upon us and all their genetic elements, using next-generation sequencing allows us to now incorporate this important contributor to human disease into developing new preventive and therapeutic strategies.

“In 'Microbiome at the Frontier of Personalized Medicine', we highlight the importance of the microbiome in all aspects of human disease, including pathogenesis, phenotype, prognosis and response to treatment, as well as their role as diagnostic and therapeutic biomarkers. We provide a role for next-generation sequencing in precise microbial identification of infectious diseases, and characterisation of microbial communities and their function.

“Taken together, the microbiome is emerging as an integral part of precision medicine approach as it not only contributes to inter-individual variability in all aspects of a disease but also represents a potentially modifiable factor that is amenable to targeting by therapeutics.” 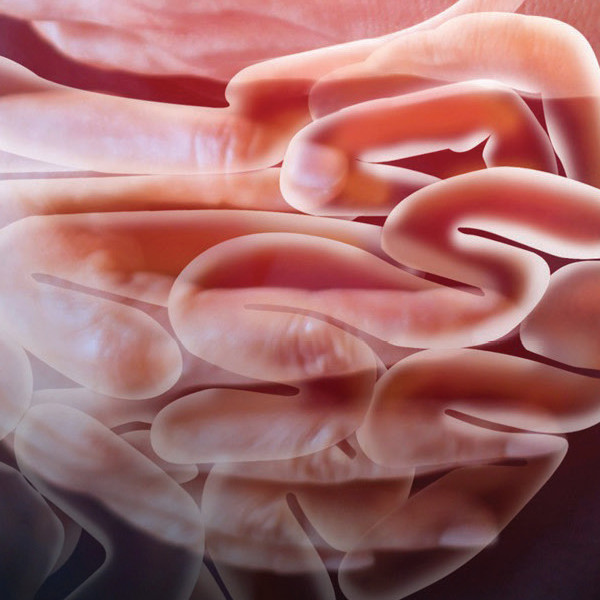 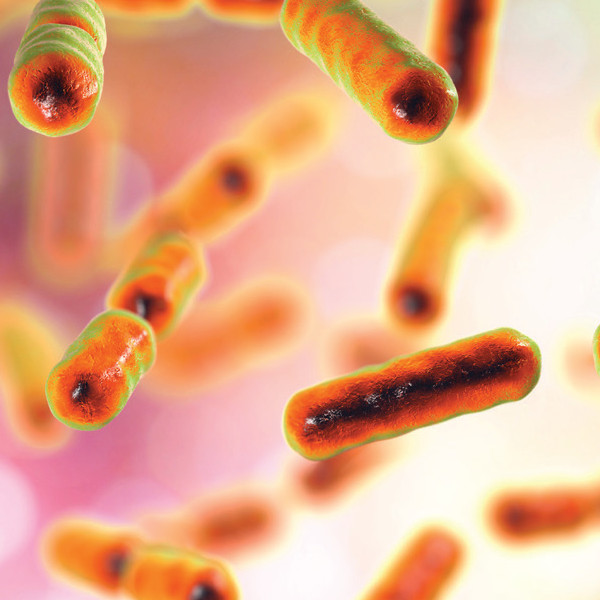 Despite huge advances in the study of the human microbiome in recent years, new studies have shown the effect of non-antibiotic drugs on gut bacteria to be far greater than expected. 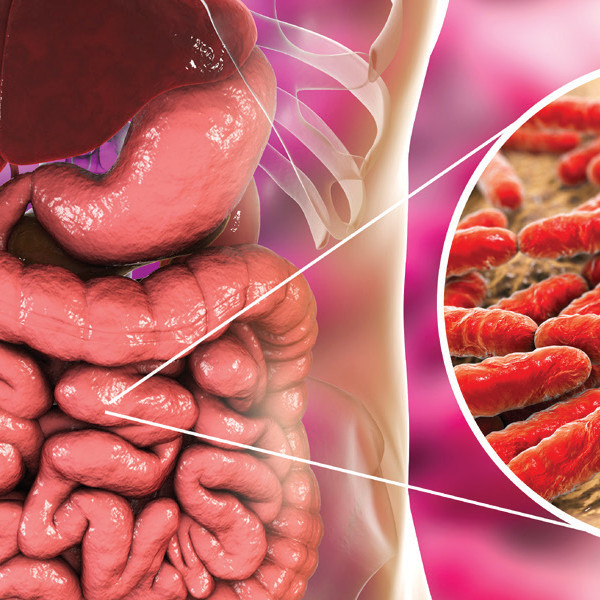 Microbes that are resistant to non-antibiotics also tend to be resistant to antibiotics, raising the possibility that resistance to the latter might be gained without taking them.
Post to: