Diabetic foot injuries remain one of the most acute conditions of diabetic patients, typically caused by pressure ulcers. Amid a global diabetes pandemic, more needs to be done to ensure patients receive preventative and timely treatment. Practical Patient Care presents an edited extract from a joint paper in which the European Pressure Ulcer Advocacy Panel (EPUAP) and the European Wound Management Association (EWMA) outline how healthcare professionals can fight fatal complications and improve patient quality of life.

Diabetes is an important battlefield for better health for EU citizens. According to the latest WHO statistics, about 422 million people worldwide have diabetes, a number almost as high as all the EU population put together, and a figure likely to more than double in the next 20 years.

Looking closely at the EU population, in 2010 approximately 9% of the adult population (20–79 years old) was diabetic, with around 33 million in 2010, which will rise to 38 million by 2030. With the growing diabetes incidence, healthcare professionals and planners are encouraged to pay further attention to the major complications of this disorder.

Diabetes can lead to debilitating and acute complications with a serious impact on people health, including cardiovascular diseases and stroke, kidney failure, amputations and blindness. The complexity of this chronic illness requires continuous medical care with multifactorial riskreduction strategies beyond glycaemic control. Patient self-management education and continuous training for health workers are critical to preventing fatal complications.

Practices have to be developed, as certain harm may occur in the delivery of care to diabetic patients.

Adverse events and errors in diabetes care can cause significant morbidity and, too often, disability and even death. In order to avoid adverse events and their dramatic outcomes, healthcare workers need to identify key and common complications.

Poor circulation and infection are among the most common complications that effect diabetic patients. These conditions demand treatments for providing a holistic medical approach while ensuring patient safety.

Evidence shows that more than half of all foot ulcers will become infected, requiring hospitalisation, and 20% of lower extremity infections will result in amputation.

Pressure ulcers are the origin of diabetic foot injuries. Diabetic complications eventually affect every part of the body, but they frequently involve the feet, as diabetes can impair blood circulation.

It can prevent injuries from healing by narrowing the arteries that carry blood to the legs.

This leads to peripheral neuropathy, a major cause of mechanical stress. A non-healing wound or pressure ulcers on the foot can develop into a deep sore that quickly becomes profoundly infected. This makes diabetic foot injuries one of the most serious and costly complications of diabetes.

Throughout their study recommendations and practice-oriented guidance, EWMA and EPUAP have constantly stressed that prevention and prompt treatment of foot injuries are vital for the safety of diabetic patients and for avoiding possible subsequent limb amputation. Evidence shows that more than half of all foot ulcers will become infected, requiring hospitalisation, and 20% of lower extremity infections will result in amputation.

As the diabetes pandemic progresses globally, so too does the problem of foot ulcers. Achieving control of diabetes relies not only on blood glucose levels and proper nutrition, but on proper footwear, adequate blood supply to extremities and pressure ulcer prevention. To avoid amputation becoming an inevitable outcome for many patients, a paradigm shift is urgently needed. Adequate training for healthcare workers, patient education, early assessment, and aggressive treatment by a multidisciplinary team represent the best approach to reduce complications and to ensure limb preservation.

Due to the high morbidity and mortality rates associated with diabetic wounds and infections, wounds and pressure ulcers must be treated holistically in order to identify underlying issues and reduce risk factors that are causing wounds in the first place.

A holistic approach means, in practice:

Unfortunately, treatment and patient safety measures are often not so methodical and quite varied across hospital settings. In Europe, diabetic foot care has been described as fragmented and unsystematic, and largely depends on which practitioner the patient happens to be seeing and which resources are available locally.

A call to action

To tackle the challenge of jeopardisation, many stakeholders have called on the European Commission to present an EU strategy on diabetes in order to gather further evidence on the prevention and management of its complications on which to base treatment strategies, and to promote the development of common clinical guidance.

In this frame, through a written declaration voted in during May 2016, the European Parliament called upon the Commission and Council to prioritise diabetes as a major European health, social and economic concern.

And also for the EU to develop strategy for diabetes prevention,

The declaration, signed by over 400 MEPs, aimed to encourage member states to establish national diabetes plans and to develop uniform diabetes management programmes based on best practices and evidence-based treatment guidelines.

In order to ensure better wound and pressure ulcer prevention and care across Europe, programmes should pay particular attention to diabetic foot injuries as one of the most dangerous and common complications in diabetic patients. Any EU strategy should include recommendations on national guidance on the understanding of prevention.

This is likewise with comprehensive management and treatment of the diabetic foot, currently lacking among healthcare providers.

In Europe, in 2015, there were over 266,000 deaths due to diabetes. It is time for the EU and its member states to prioritise diabetes and its complications in the health strategy, and treat it as a major disease representing a significant burden across the EU.

Below are key recommendations to keep in mind while developing national guidelines on diabetes management:

Kept on their toes

In Europe, in 2015, there were over 266,000 deaths due to diabetes. It is time for the EU and its member states to prioritise diabetes and its complications in the health strategy and treat it as a major disease representing a significant burden across the EU.

With the lifetime incidence of foot ulcers occurring in up to 25% of patients, we need to pay far more attention to the diabetic foot and its consequences. Keeping diabetic patients on their feet, walking and mobile, is fundamental in preventing the regression of health condition and in guaranteeing a longterm quality of life.

Researchers at the Manchester Metropolitan University tested a commercially available early warning system on clinical trial participants with diabetes who have a high risk of developing foot ulcers, and found it reduced the incidence of foot ulcers emerging or recurring by more than 70%.

One of the complications of diabetes is nerve damage, known as diabetic peripheral neuropathy, with the resulting loss of sensation making it more difficult for individuals to feel when their foot is at risk of skin breakdown, often caused by friction or foreign objects in their footwear.

Led by Neil Reeves, professor of musculoskeletal biomechanics, the research team equipped trial participants with shoe inserts that use ultra-thin sensors to monitor the pressure on the underside of the foot and provide feedback via a smartwatch worn on the wrist.

Whenever the pressure-sensing inserts detect clinically dangerous foot pressure, a vibratory and audio alert is transmitted wirelessly to the smartwatch prompting the device user to offload the pressure from a particular region of their foot.

These warnings allowed trial participants to learn which activities or times of day were most problematic for them – such as while driving – and which areas of their feet were the most prone to harm. The trial volunteers could then use the information to change their behaviour and immediately relieve the pressure, thereby avoiding harmful damage to their feet. 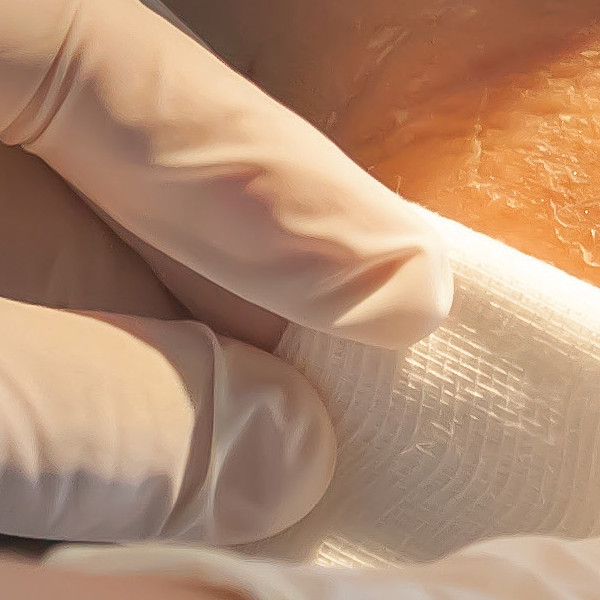 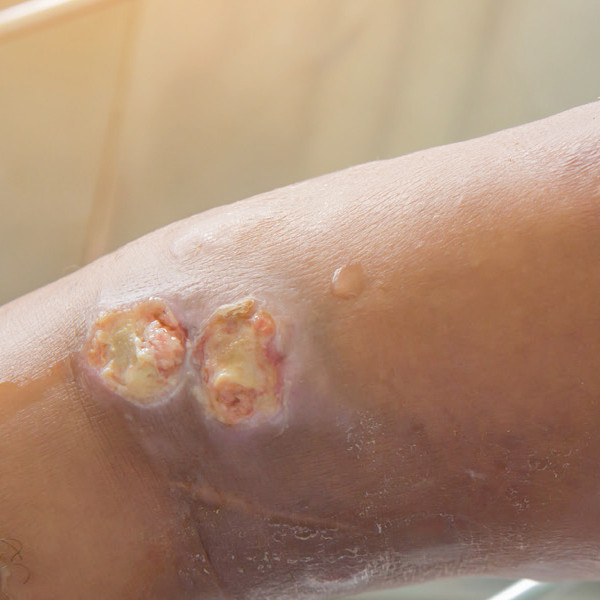 Pressure ulcers are the most common origin of diabetic foot issues.
Post to: