Efficacy and the path to a cure: treating cystic fibrosis

Proving the effectiveness of treatments for cystic fibrosis has traditionally been limited to basic lung function tests; however, a new MRI technique that was trialled at the University of Missouri has shown that new drugs may offer fresh hope to patients. Ross Davies speaks to Dr Talissa Altes, chair of the study, about her findings.

Cystic fibrosis (CF) is a condition with no cure that impacts more than 70,000 people globally. In the UK, one in every 2,500 babies is born with the condition, which causes a build-up of mucus that damages the lungs, leaving them prone to infection.

Although irremediable, breakthrough treatments have been developed over the past few decades and cannot be underestimated. According to the CF Foundation, the median predicted survival age is now around 40; 50 years ago, a child with CF was lucky to live long enough to finish school.

In 2012, the US FDA approved a drug called ivacaftor, which trades under the name Kalydeco. Boston-based company Vertex Pharmaceuticals developed the treatment with the CF Foundation. At the time of its release, it was hailed by some as a ‘wonder drug’.

Ivafactor, however, was not a single bullet. Despite some sufferers reporting an increased breathing capacity – which is a life-changing consideration – others stopped taking the drug, alleging that they had suffered unendurable side effects, including a tight chest and difficult or laboured breathing.

The drug was also designed for a small subset of individuals with a specific mutation of CF that effects around 2,000 people, according to reports. The drug’s $300,000-a-year price tag was deemed unjustifiable by critics and saw it become one of the most expensive treatments in history.

Vertex went on to launch the combination drug lumacaftor – which trades as Orkambi – in 2015 and was, nonetheless, greeted with a chorus of hope from the CF community.

Lumacaftor’s reportedly increased lung function and trials suggested that it was also safer to use. Industry analysts speculate that Vertex will soon begin research for a triplet medicine.

Despite these new drugs, the only thing that has remained in the field of CF therapy is uncertainty. This is heightened by not knowing how effective ivacaftor is on each individual with the disease.

“People with CF have an imbalance of salt in their bodies that is caused by a defective protein,” explains Dr Talissa Altes, chairman and professor of clinical radiology at the University of Missouri School of Medicine.

“Ivacaftor targets this defective protein, but the extent to which it is successful is not well understood.”

However, Altes, along with her team of researchers, has developed an imaging technique that could improve certainty when it comes to CF treatments. By using a form of helium, known as helium-3, alongside magnetic resonance imaging, Altes and her team have come up with a technique that visualises lung function in CF patients. The study was conducted at Vertex’s request, as a means of finding an alternative to spirometry, the most common lung function test, where patients are required to blow through a tube. This requires concentration, cooperation and controlled breathing, and the method is not well suited to infants and toddlers.

“Spirometry is neither very sensitive to early disease, nor to small changes in early disease scenarios,” states Altes.

“The question we were looking to answer was how we can use this hyperpolarised helium MRI as an outcome measure in children who are too young to do spirometry.

“They may be benefitting from ivacaftor and other treatments, but without a useful outcome measure, it’s hard to prove for certain that your treatment is modifying the disease.” Impressed by Altes’ previous work with hyperpolarised gas in CF, Vertex agreed to sponsor the two-part trial.

The Missouri-based trials are also notable for being the first to report on successfully imaging non-sedated infants with CF.

The study and its potential

In the first stage, eight patients were handed ivacaftor or a placebo over the course of a month to check for any shortterm effects. During the second leg of the stufy, nine patients were given ivacaftor for 48 hours to measure its long-term effectiveness. After each stage, patients were then asked to perform a spirometry test, in conjunction with undergoing hyperpolarised helium MRI.

“Although only a small study in terms of size, statistically there was a big lung improvement with those on ivacaftor,” says Altes. “The lungs were visibly better. With an MRI, a healthy lung is completely white when helium-3 is used as a contrast agent, while lungs that aren’t white suggest poor ventilation.

“So, it’s clear what drug is having the best effect.”

The Missouri-based trials are also notable for being the first to report on successfully imaging non-sedated infants with CF. In order to achieve this, the team used a freeze-motion technique that is often used in cardiac imaging, in which a single slice of the lung can be acquired within a tenth of a second.

“We produced images so fast, as you can’t ask a baby to hold their breath,” adds Altes. “We are freezing the motion in the lung, rather than freezing motion in the baby.”

Altes affirms that MRI could improve future therapies for CF and other chronic lung conditions – especially when it comes to new-born screening.

“We have a technique that you can use on young babies without sedation, which is relatively risk-free and tremendously exciting,” she says. “There’s no ionising radiation, it’s not like a CT scan and you can prove that the therapy is effective.”

Drugs developers might be expected to look favourably upon MRI, and its ability to make better-informed and cost-effective decisions, regarding the treatments and trials that companies choose to pursue.

“If you are seeing improvements in treatment – even in a small number of subjects – it gives you a great deal of confidence as a developer,” explains Altes. “This allows companies to make more confident go or no-go decisions.”

However, more than 1,500 mutations are known to cause CF and some of these are so rare that they can only be attributed to a handful of children. On the other hand, the most salient benefit of MRI is the opportunity to create truly personalised treatments.

“In theory, one or another of these new drugs that are designed to go right to the molecular underpinning of CF might be effective, but how do you know, in this particular child with a mutation that’s so rare, that you can’t do a clinical trial?” ponders Altes.

“The only way that you can justify conducting a trial and putting them on treatment – not forgetting that no medication comes without side effects – is if you can see a genuine benefit as early as possible.”

Altes is effusive over the level of research that is being conducted into hyperpolarised MRI in CF and drug effectiveness. She then lists the university and scientific institutes that are currently focusing on the technique, which include the University of Sheffield, UK, and the University of Pennsylvania and University of Wisconsin in the US.

Back in Missouri, a new study is being carried out into bronchopulmonary dysplasia (BPD), a chronic lung disease that occurs in babies who are born prematurely, with lungs that are not fully formed or able to develop normally. Most infants recover and experience few long-term health problems once they reach adulthood, but BPD can require intensive medical care. As with CF, it remains difficult to develop a treatment that could prevent or ameliorate the condition during the neo-natal period – unless medical experts wait until the child is a few years older.

“We’re talking about waiting times of five or six years just for a spirometry,” says Altes. “Our goal is to use this imaging technique earlier, so patients can benefit from effective treatment.”

Without a useful outcome measure, it’s hard to prove for certain that your treatment is modifying the disease.

For CF, patients can be positive about the latest treatments and research, which includes a study into a signal that suppresses the production of biofilm – a secretion that is produced by lung bacteria to protect cells from attack, and is nigh impossible to remove in sufferers. These advances provide a better alternative to the limited mucolytic and antibiotics that were on offer to CF patients years ago.

It is vital that studies produce accurate proof about drug efficacy, in order to ensure that drug developers and researchers remain on the right path. Hyperpolarised MRI could be the key to achieving this and the ultimate goal: a cure. 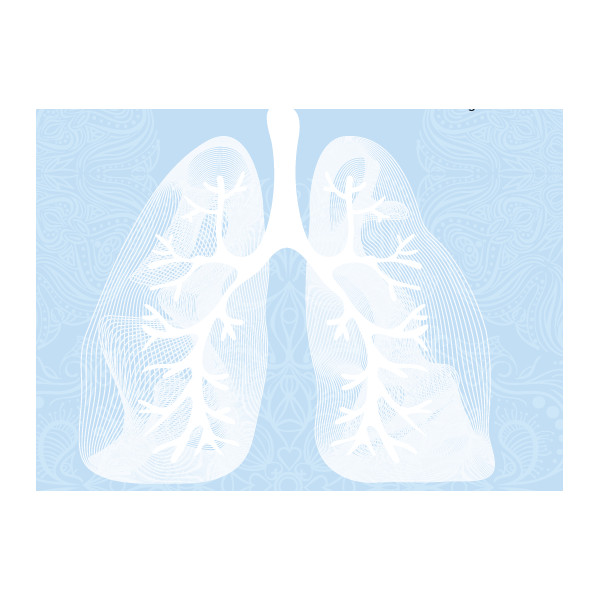 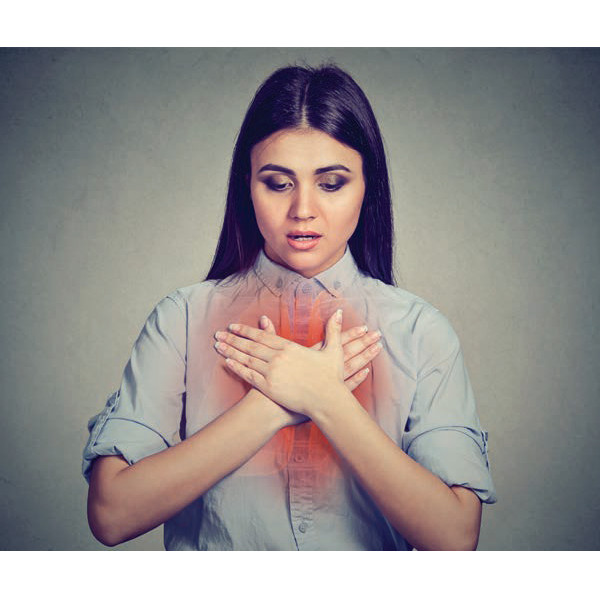 Cystic fibrosis is a genetic condition that causes a build-up of mucus in the lungs, digestive system and other organs. This leaves patients exposed to all kinds of chronic infections. 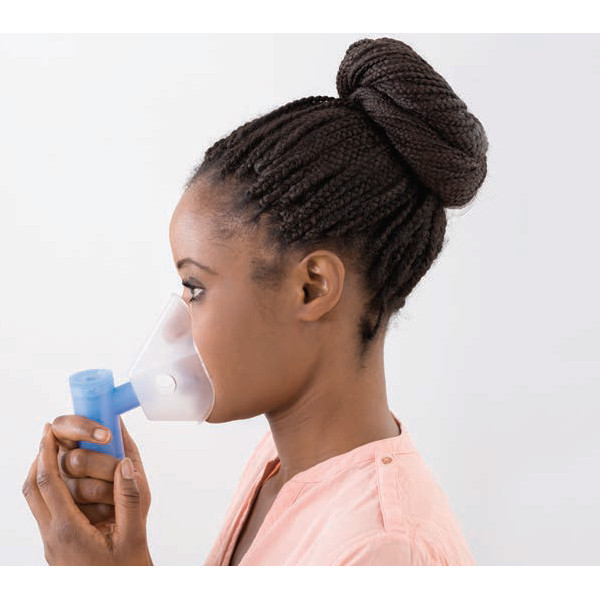 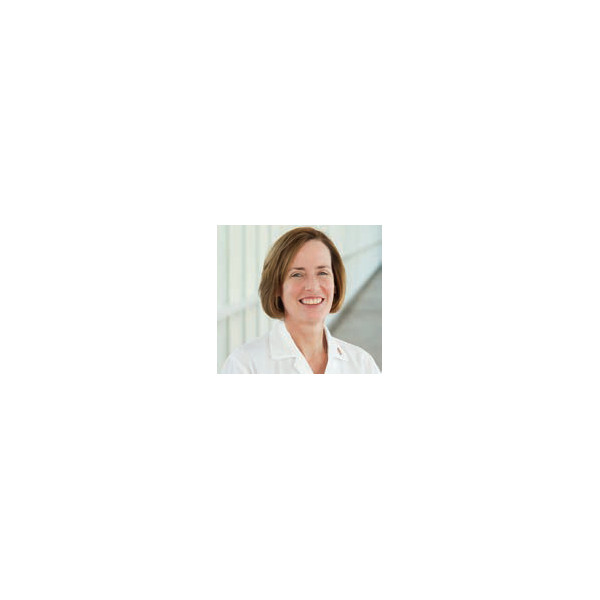