Deep clean: healthcare in the sultanate of Oman

A damning report from Oman’s Ministry of Health has highlighted problems at some private clinics and hospitals, with evidence of poor practice among dozens of medical staff. Dr Mazin al-Khabouri, head of the country’s directorate-general of private health establishments, speaks to Bradford Keen about putting the private sector under the microscope and discusses the future of the sultanate’s healthcare.

As recently as 50 years ago, the average Omani citizen could expect to live only 49.3 years. One in five would likely die in childhood and one in three would die from malaria. However, things have changed under the reign of Sultan Qaboos bin Said. Life expectancy has increased to 76, fewer than one in 100 succumb to childhood mortality and only 11 malaria cases were reported in 2013. Polio vaccinations have also now rendered the country free of the disease for the past 16 years.

A major part of this development came from the sultanate’s concerted efforts to provide free basic healthcare to all of the country’s population, which in 2016 numbered 4.5 million people, comprising 2.5 million Omani citizens and 2 million foreigners. The population has grown quickly, increasing by 300,000 in 2016, according to Oman’s National Centre for Statistics and Information. More people means more hospitals, clinics and medical practitioners are needed to treat them.

According to a government website, the Ministry of Health owns and operates 83.1% of the country’s hospitals, accounting for over 90.0% of Oman’s hospital beds – 6,400 beds across 70 facilities. However, the number of beds may need to rise. Alpen Capital’s medical industry report from 2016 estimates the country will require more than 7,600 beds by 2020. Despite this pressing demand to accommodate the future medical needs of its citizens, current statistics show that 95% of Omanis live no further than five miles from a medical centre.

Usually before we close a facility, the reports of our technical and inspection teams have been ignored. We are left with no option but to issue closure notices.

It has become a priority for Oman to grow its private healthcare sector, which aims to focus on specialised services in the hope of lightening the burden on the government. As with nearly every bold endeavour to promote rapid development, the path has not been without obstacles. The country recorded 6,700 cases of communicable and infectious diseases in 2015, with an alarming number attributable to poor standards at private health establishments. This prompted a bleak report from Dr Mazin al-Khabouri, the head of the directorate-general of private health establishments.

Khabouri leads the team responsible for licensing healthcare premises and professionals, and monitoring standards of practice in private health institutions. He shut down ten clinics and suspended a further 88. Ten medical staff had their licences revoked, 26 staff had their licences reassessed, 53 were fined and 29 received warnings. The primary reason for this action was the need to control infections, and boost hygiene standards and practices across the country.

“The control of infections has been one of the major areas of development in healthcare over the past 20 years; and not all premises and professionals have kept themselves up to date on the research that shows how to keep patients safe,” Khabouri says.

The Times of Oman reported a number of reasons for the directorate’s decisive action, such as one doctor giving patients injections of expired drugs. The doctor’s licence was revoked. Another doctor gave patients injections in their knee joints, leading to an outbreak of infections. Generally, a number of private doctors failed to practice safe techniques; for instance, using unsterilised or uncertified equipment. Reusing equipment designed for single use was another factor behind the spread of infections. One doctor opened a private clinic and staffed it with foreign doctors working illegally while on visitors’ visas.

Khabouri says the desire to save money is often to blame for these physicians taking short cuts or not adhering to the rules but says the problem also stems from a lack of education. Staff might not be properly trained, foreign staff might be used to doing things differently in their country of origin, and they require renewed education about what is acceptable practice in Oman.

Most of the issues in private establishments revolve around patient safety, particularly infection control, Khabouri says. To safeguard against this, the directorate works with providers to improve standards in the private health sector, so patients are able to access safe healthcare from professionals who continually update their competencies. “Usually, before we close a facility, the reports of our technical and inspection teams have been ignored,” Khabouri says. “We are left with no option but to issue closure notices until the issues identified have been addressed. This ensures no patient is put at risk.”

Private clinics need a licence before they begin operating. The procedure is relatively easy to follow, with the clinic submitting a request form to the directorate-general of private health establishments, which in turn grants or denies the request after performing a background check. The next step is for the clinic to register with the Ministry of Commerce and Industry, followed by finding suitable premises that will need to be inspected by Khabouri’s team. The directorate then gives the establishment legal letters required for its staff to take the required examinations and obtain work visas. Finally, the directorate visits the hospital or clinic again to check all is in order before issuing a licence.

While there is a robust system in place, it is not without limitations. Some owners or sponsors of clinics and hospitals may not be trained medical professionals. Instead, they employ staff and management that may not be as capable of running a medical facility as the owners had originally thought.

This lack of knowledge of medical standards means they are ill equipped to provide technical guidance, leading to poor practice sustained over years. In a show of positive initiative, the Apollo Hospital in Muscat opted to be certified according to a German standard, known as the Infection Control Accreditation Programme. It is the first private facility in Oman to choose this accreditation.

While Khabouri’s team is eager to see clinics and hospitals improve standards of their own volition, he is confident the Oman Government’s standards already provide clear policies and procedures to control infections. Oman – and the rest of the Gulf Cooperation Council (GCC) states – relies on the GCC Infection Prevention and Control Manual, which its Ministry of Health formally adopted in 2010. “Regulations are only as effective as the mechanisms that ensure compliance,” Khabouri says. “We also feel we are helping managers and owners by reviewing practices and making suggestions for improvement.”

The directorate’s central technical team, based in Muscat, travels throughout the nation, carrying out regular inspections at multiple institutions. It is supported by local teams that are based in each governorate. “[Recently] the central team made more than 400 visits,” Khabouri says. “Infection control is always a central theme in our inspections.”

The organisation sponsors infection control training days for medical staff and mandates compulsory attendance at government-certified courses, which need to be completed annually.

While the directorate’s “dossier of shame”, as the Times of Oman called it, was the catalyst for a necessary shakeup of the private health sector, it is not the only reason infection control standards have shown improvement. It’s about sustained action, says Khabouri, where audits and training are combined to shift greater focus on important issues.

It should be expected that private healthcare facilities guarantee good hygiene and high-quality treatment to patients while the government’s health department implements robust rules to regulate them. However, patients can help too. “They have a more important role in infection control than they often realise,” Khabouri says. Patients and visitors should be aware of and adhere to the rules in the health establishment they are visiting, as well as checking that doctors and nurses maintain obvious hygiene standards, such as washing their hands before touching a patient.

They should also ask when last the facility was inspected. Khabouri says patients absolutely should not seek treatment at a clinic or hospital that does not display a current medical licence issued by the directorate. The same goes for healthcare practitioners, as it is illegal to operate without the necessary licence. If these standards are not upheld, the facility or medical practitioner should be reported to the directorate.

The healthcare sector is set for huge growth in the sultanate between 2016 and 2020. This includes the $1.5-billion Sultan Qaboos Medical City in Muscat, comprising five hospitals and other medical facilities; and the $1-billion International Medical City, an integrated medical tourism project in Salalah city with a 530-bed tertiary speciality care hospital, an R&D complex, organ transplant centres and a healthcare resort.

This development has Oman set to achieve its Health Vision 2050, which began in 2014, to create a world-class and responsive healthcare system for a healthy population. The ideal situation in Oman is for an effective interdependent healthcare system where public and private healthcare sectors work together to provide quality treatment to all citizens. “We want to see the private sector grow in Oman,” Khabouri says. “We want to see greater partnership between government and private hospitals. We want to see a higher level of specialisation in new hospitals and new services being offered. However, we want to see all this happen within clinical environments where patients are safe and well cared for.”

Oman’s medical treatment has improved dramatically in the past few decades, and continues to show signs of growth and commitment to safe practice. Private healthcare is integral to the sultanate’s overall health vision but the government will continue to monitor the sector to ensure patients get the best treatment far from any threat of serious infections. Through training programmes and guidance, Khabouri and his team have committed to building a robust health system for all the people of Oman. 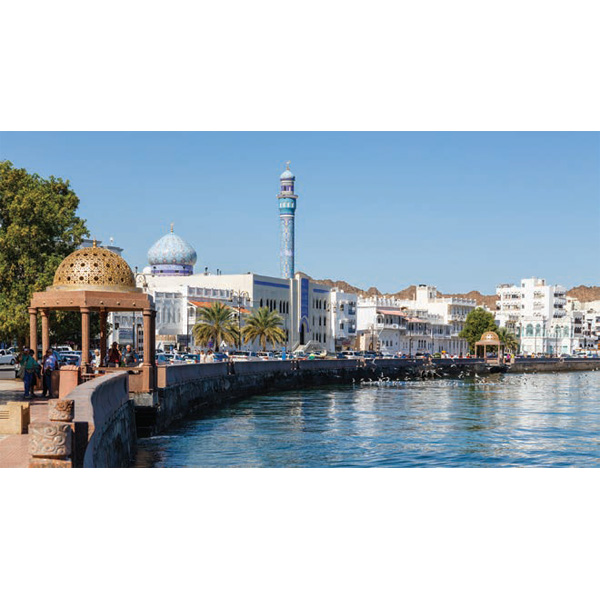 Some healthcare clinics in Oman are failing to adhere to government standards. 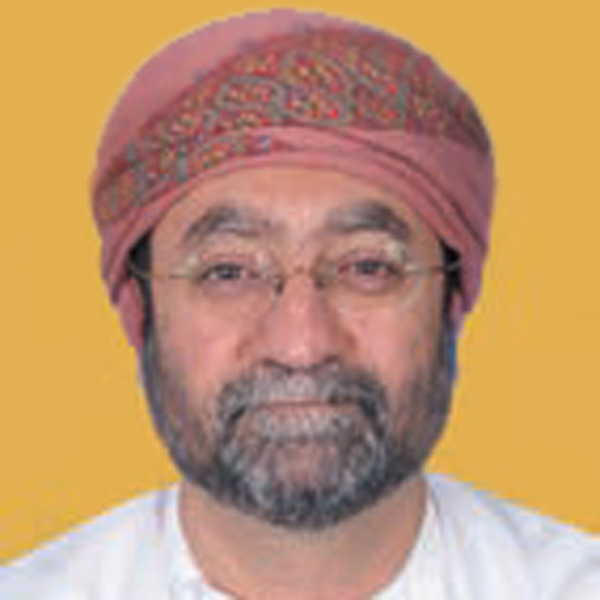 Dr Mazin al-Khabouri is the head of the Directorate-General of Private Health Establishments in Oman. He qualified as an ENT surgeon and is a lecturer, a senior ENT consultant at Al-Nahdha Hospital in Muscat, president of ENT for the Arab Board and adviser for clinical services to the Minister of Health in Oman. 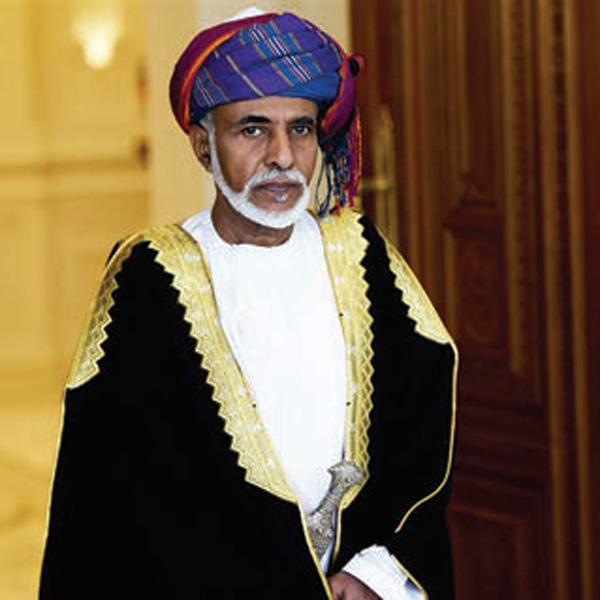 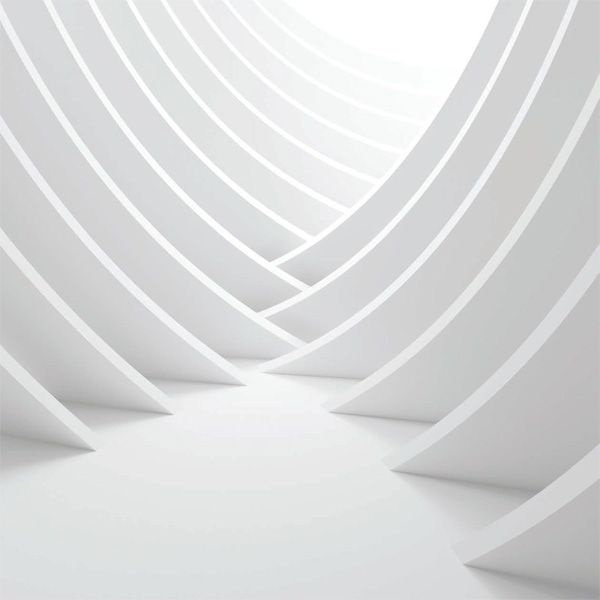