Artificial intelligence has been the primary technological pathway to de-risk medical processes and alleviate the dependency on human labour. But when a wrong decision involves morbidity and mortality, the idea of outsourcing to lines of code can be off-putting. That said, research has led to the belief that future diagnosis could involve a combined approach. Mae Losasso speaks with Kimmo Kartasalo, Aydogan Ozcan and Ali Guermazi – all of whom have been involved in studies on using AI in diagnostics.

In 2022, it is hard to hear the word ‘tech’ and not think of start-ups, Silicon Valley and smart software developments. But lest we forget, tech is short for technology, and technology derives from the Greek word techne, meaning “art, skill, cunning of hand”. Broadly speaking, technology is simply the sum of the techniques, methods and processes used in production – or in the accomplishment of scientific investigation. Technology, in other words, is human knowledge – and sometimes we embed that knowledge in machines.

These days, the term technology – or, rather, tech – is becoming synonymous with AI. Many of the most important technological strides made in recent years have revolved around algorithms and smart systems. What sets AI apart from earlier technological advancements is its capacity to learn, and it is this that renders it both a revolutionising force, capable of transforming whatever field it is applied to, but also a potential threat. We are a long way from the autonomous robots of science fiction, but if machines keep learning, what is the end result? What happens when a machine surpasses human expertise?

Medicine remains one of the most contentious fields where AI is concerned, because it occupies this knife edge more overtly than any other. When used properly, AI has the potential to save lives in great swathes; but when a wrong decision can result in harm and even fatality, what happens to accountability? And who gets the last word, human or machine?

Kimmo Kartasalo, a researcher at the department of medical epidemiology and biostatistics at Karolinska Institutet, has been working on a study that looks at the use of AI to accurately diagnose prostate cancer.

“Our study features a collection of AI algorithms contributed by more than 1,000 developers across the world,” Kartasalo explains. “These methods are based on deep neural networks, a widely used family of AI algorithms. During the training phase, the deep neural networks are fed very high-resolution images of prostate tissue obtained during a prostate biopsy, digitised with a digital pathology scanner. The algorithms are also provided with the diagnoses performed by expert pathologists, and during the training process the deep neural network is optimised to replicate the pathologists’ diagnosis as accurately as possible. Once trained, these algorithms can be used to process new prostate biopsies and predict whether the biopsy contains cancer tissue, and to estimate the severity of the disease on the Gleason grading scale.”

The promise of such a technology cannot be understated. As Kartasalo explains, these algorithms “could complement the expertise of human experts by providing decision support to reduce the variation in prostate cancer grading, to save time and to improve patient safety and diagnostic quality.” Anything that aids in a faster and more accurate diagnosis of cancer must be a good thing – and yet, there is something jarring about the use of terms like ‘learning’ and ‘training’ to describe a piece of software, as if these technologies were quietly sentient.

A pathway into less-invasive processes

Such semantics pervade studies on artificially intelligent developments in the medical field. Aydogan Ozcan, chancellor’s professor and volgenau chair for engineering innovation of the electrical and computer engineering department at UCLA Samueli, is the senior author on a study that looks at the use of imaging technology to reduce need for skin biopsies. “The process that we developed in this paper,” Ozcan explains, "bypasses several standard steps typically used for diagnosis, including skin biopsy, tissue fixation, processing, sectioning and histochemical staining.”

To achieve this, Ozcan and his team “created a deep learning framework to transform images of intact skin acquired by an emerging non-invasive optical technology, reflectance confocal microscopy (RCM), into a format that is user-friendly for dermatologists and pathologists.” Through the application of this technology, Ozcan hopes to bypass the “special training” that is currently required to analyse RCM images. “Our approach,” Ozcan says, “will be a major step forward for clinical practice within dermatology.”

Though not at clinical use stage yet, Ozcan predicts this technology will likely have widespread application. “There are several steps remaining in translating this technology for clinical use,” he says, “and our goal is to provide virtual histology technology that can be built into any device – large, small or combined with other optical imaging systems. Once the neural network is trained with many tissue samples and the use of powerful graphics processing units (GPUs), it will be able to run on a computer or network, enabling rapid transformation from a standard image to a virtual histology image.” There is no doubt about it, such a technology would be significantly transformative – but one wonders how these “trained” networks will impact on the future of trained dermatologists.

Ali Guermazi, MD, PhD, chief of radiology at VA Boston healthcare system and professor of radiology and medicine at Boston University School of Medicine, has been working on BoneView, an algorithm developed by medtech start-up GLEAMER to detect fractures on X-rays. Like Kartasalo’s and Ozcan’s studies, BoneView has also been “trained”, this time on accurately annotated X-ray images of the limbs, pelvis, rib cage and thoracolumbar spine. “These X-rays,” Guermazi explains, “were collected from multiple institutions and acquired on a large variety of systems. As an output, BoneView provides a summary table and replicated images with bounding boxes around regions of interest.”

What is it that this algorithm can pick up that an ordinary X-ray cannot? “Missed fractures on conventional radiographs are one of the most common causes of medical errors in the emergency department,” Guermazi explains, “and can lead to potentially serious complications, delays in diagnostic and therapeutic management, and the risk of legal claims by patients. As we showed in the study, AI can detect fractures with a much higher sensitivity than human readers alone, as well as improve their specificity, for example, by reducing their false positive rate.”

For all the talk of learning and training, both Guermazi and Kartasalo are adamant that these technologies remain assistive – at least for now. “Currently,” Kartasalo says, “we see the relationship between the human expert and the machine as comparable to the situation with modern cars and aircraft, for example. That is, the AI systems provide assistance to improve safety and efficiency, but do not take over from the pilot or human expert completely.”

That is not to say, however, that this could not change in the future. Like Kartasalo, Guermazi talks about these technologies in the here and now – “today they should remain assistive” – but he is aware that tomorrow might tell a different story: “as the field progresses,” he says, “it is obvious that for some specific tasks, AI will outperform humans. However, there is a liability issue that needs to be solved if AI becomes autonomous.”

Just how we solve the liability issue remains to be seen. As Kartasalo notes, “this question needs to be ultimately addressed in line with the local jurisdiction and regulatory legislation, such as the in vitro diagnostic regulation (IVDR) in the EU. The questions of responsibility and patient safety are naturally key ones that need to be answered in view of widespread clinical adoption of AI-based diagnostics.”

For now, there are still challenges facing the adoption of these technologies at a more basic level, such as: standardising them globally, across different geographies; the requirement for integrated digitised systems; the cost of equipment; and the question of return on investment. “In the current healthcare cost pressure environment,” Guermazi says, “there probably needs to be further evaluation on health economic benefits.”

At this moment in time, AI still remains an art, a skill, the cunning of the human hand, to recall that etymological root term techne. As long as these sophisticated tools remain assistive – shouldering the burden of more monotonous tasks, helping clinicians to achieve more accurate diagnoses and spotting signs that might otherwise go unnoticed – then there is no question these technologies have the potential to transform medical diagnosis for the better. But, as scientists focus on the details, and as hospitals ask legitimate questions around cost and efficacy, we should be careful not to lose sight of the learning of which these machines are capable. As Kartasalo notes, “AI algorithms are very efficient in capturing whichever patterns are present in their training data. If the data is biased, in the sense that it enforces social biases or prejudice, there is a very high chance that an AI algorithm naively trained on such data will capture these biases and replicate them in its decision-making.”

The future of medicine undoubtedly contains AI, but care has to be taken at every stage, from data collection, to the rigorous validation of algorithms, to best practice in the hospital setting. This means calibrating the relationship between human and machine. Technology has long been a friend to modern medicine, and AI is just one more solution to the problem of human error. But strip out all margin of human error, and we risk removing human judgement, care and accountability too. 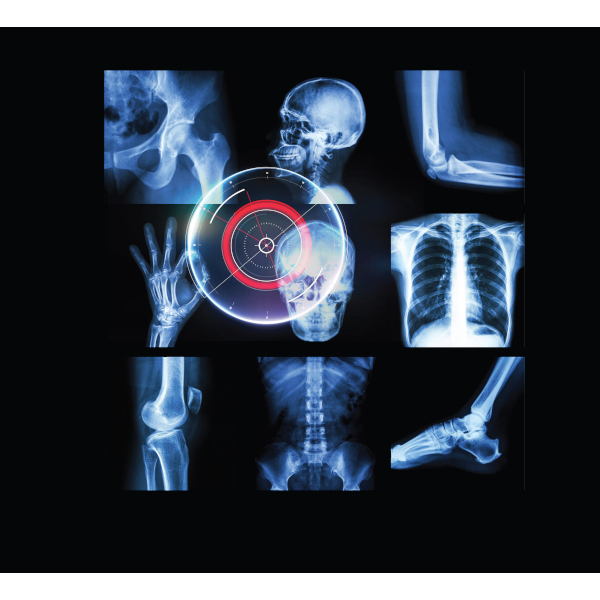 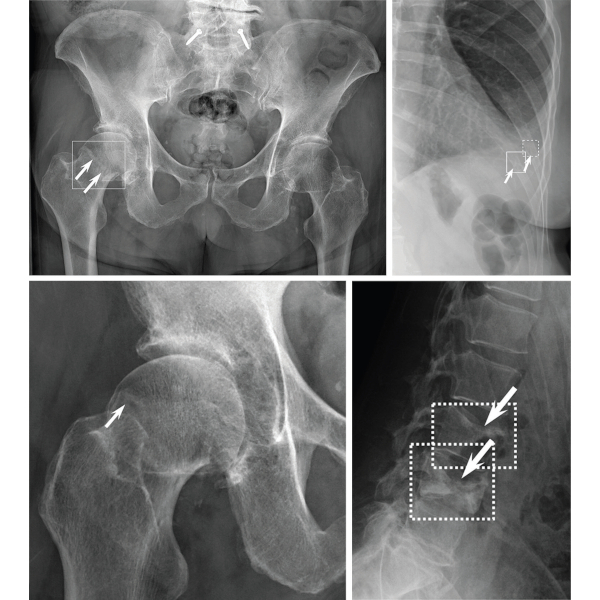 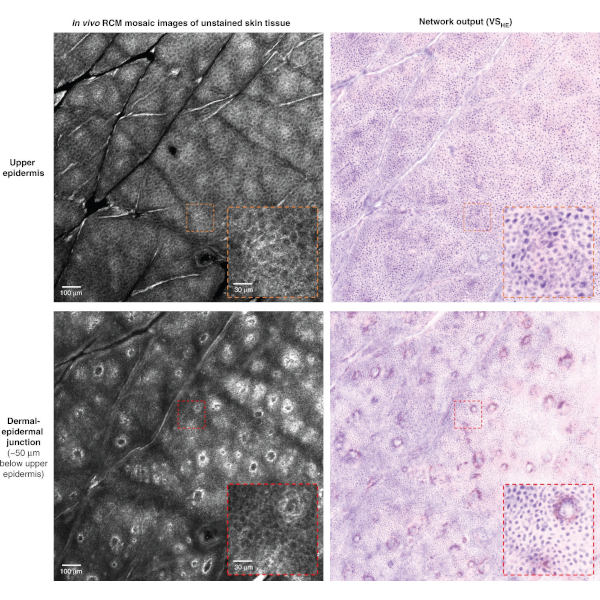