Since SARS-CoV-2 emerged, a number of different drugs have been developed to prevent the worst excesses of its pathophysiology. One issue that complicates treatment plans, however, is that with every mutation, therapeutics can become limited or even ineffectual, as new strains build an immunity to treatment. Kim Thomas speaks to Professor Jason Gallagher and Dr Zania Stamataki to learn how mutations to the virus can necessitate a different approach to treating it.

Since Covid-19’s first appearance in December 2019, scientists all over the world have been remarkably successful in developing effective treatments and vaccines at a rapid pace. However, they have also been frustrated by the need to tackle a constantly transforming virus.

Covid-19 is mutating as it spreads, and while most of the multitude of variants are fairly inconsequential, some have genetic changes that enable the virus to escape immunity and cause severe illness those who contract it. This means a treatment that works with the current variant may not work with the next iteration. At the time of writing, the UK has named five variants of concern: Alpha, Beta, Gamma, Delta and Omicron.

Covid-19 is a “two-phase disease”, points out Jason Gallagher, clinical professor and specialist in infectious diseases at Temple University. “First is a viral phase where the virus is replicating the highest and the symptoms come from that. And then people who are unfortunate enough to not fight that off progress to an inflammatory phase,” he adds.

Patients who progress to an inflammatory phase are usually hospitalised, and doctors treat the inflammation by reducing the body’s immune response. By a process of trial and error, doctors were able to identify a number of repurposed drugs, such as dexamethasone, that had been successfully used with other inflammatory diseases and were effective in treating this phase of Covid-19. These drugs continue to work.

Treating the first phase of Covid-19 has involved two types of drugs: monoclonal antibodies, which are given intravenously, and antivirals. The vast majority of patients recover from Covid-19 without medication, so the antiviral and monoclonal antibody drugs are used only with vulnerable patients at high risk of moving to the second phase. These include, among others, patients with down’s syndrome, sickle cell disease, HIV or AIDS, chronic kidney disease and certain types of cancer.

The sole monoclonal antibody to have been approved for use in the UK is sotrovimab. A clinical trial conducted when the Delta variant was dominant showed it reduced hospitalisation and death by 79%.

The antiviral drugs have continued to be effective against all variants. Zania Stamataki, associate professor in viral immunology at the University of Birmingham, says that this is to be expected: “They are working against proteases and polymerases, which are essential enzymes for the virus to replicate inside the cell.” Those enzymes don’t change substantially when a new variant emerges. The monoclonals, in contrast, “are directed against proteins that go on the outer area of the virus, like the spike protein, for example, and because they are accessible to antibodies, any little mutation that the virus makes is going to be selecting for escape variants.” Once the spikes have changed, then the monoclonal antibodies are no longer able to bind to them.

A problem that will recur

The Omicron variant has proved challenging. In the US, three formulations of monoclonal antibodies have been approved for use, but two have proved ineffective against Omicron, and the Food and Drug Administration (FDA) withdrew recommendations for their use. Of the remaining one, sotrovimab, there was “not nearly enough to go round”, says Gallagher. “Unless they’re developed in such a way to bind to a part of the virus that changes less, then it’s a problem that’s going to recur for those types of drugs.”

There are good reasons why some patients need monoclonals rather than antivirals. “What’s becoming a practical reality is that there are several choices of outpatient therapies, and they are being chosen for different patients based upon logistics and the characteristics of the patient,” says Gallagher. “For example, Paxlovid has a lot of drug interactions and there are some patients on medications that you can’t give it with, or that it’s very difficult to give it with, meaning, in my practice, that it shifts us to using one of the intravenous medications for them. So it’s become an interesting boots-on-the-ground decision-making [process].”

For researchers developing new monoclonal antibodies, the unusual way the Covid-19 virus has mutated is making it hard to stay ahead of the game. Stamataki points out that in most cases, when a virus evolves naturally within a population, each new variant is slightly adapted from the previous strain. “You can begin to predict mutations that might be affecting your antiviral treatments,” she says. Because Covid-19 is a virus that has affected the population worldwide, it has not worked like that. “The variants that are happening are springing up from nowhere, so for example, Omicron has not emerged from Delta,” she says. It is something that is “foxing” scientists, she adds: “We don’t know where the new variants are going to come from, and they could be very different from the viruses we were dealing with as a population before.” It has meant that monoclonal antibodies that worked with Delta did not work with Omicron, and a monoclonal antibody that works with Omicron might not work with the next variant.

A spanner in the works

The biggest challenge is in treating immunosuppressed patients, such as those receiving cancer treatment, or who have underactive immune responses for other reasons. Antivirals such as protease inhibitors need to undergo safety trials, and after that need to be administered to groups of immunosuppressed patients to monitor how they react. All of this takes time. In contrast, Stamataki points out, once trials have shown monoclonals to be effective, then we know that they can be used relatively safely with these groups. A new, more-resistant variant, however, “can throw a spanner in the works for all the trials that are ongoing, to make sure that these monoclonals are appropriate for very special interest groups and at correct doses for the new variants”, says Stamataki.

“We don’t know where the new variants are going to come from, and they could be very different from the viruses we were dealing with as a population before.”

Monoclonal antibodies are not difficult to develop, says Stamataki. The problem, however, is that “you have to go through the regulatory authorities again, and until you get approval you have got patients now who could have accessed that treatment, but they’re not allowed to have it.”

She notes that, while sotrovimab was shown to be effective against Omicron, it appears to be less effective against the new Omicron variant, BA.2: “We know that one approved monoclonal works but because there’s a risk now of a new variant, regulators such as the FDA can limit its use to certain geographic regions where there is low incidence of BA.2, so it is logistically causing a lot of problems.”

Stamataki is concerned that the ability of new mutations to evade monoclonal antibodies is a disincentive to pharmaceutical companies to keep on developing them. The process of running safety trials, followed by efficacy trials, and then mass producing a drug, is expensive and time consuming. The risk, she says, is that “by the time a pharmaceutical company mass produces a monoclonal, then it may become obsolete because of the new variant.” An added difficulty, she notes, is that the patients most in need of monoclonal antibodies – those who are immunocompromised – are an “inherently difficult” cohort on which to conduct a randomised controlled trial. In less pressured situations than a pandemic, scientists will usually test virus mutations in a lab in order to test the efficacy of a particular drug in each mutation. This offers a potential way forward for developing effective monoclonal antibody treatments for Covid-19 in the future.

Broadly speaking, the future prospects for tackling Covid-19 are positive. The vaccines have proved successful and can be adapted to provide immune protection against different variants. “The beauty of the vaccine is that it’s a polyclonal response,” says Stamataki. “You don’t rely on a single epitope. You can bear to have a few mutations because you have other antibodies that are not incapacitated.”

Scientists now hope, she says, that Covid-19 will turn into a “more predictable evolving virus”. So far, there is no sign of that, demonstrated in how the variant to take over after Delta was not an updated version of Delta, but one that “came from left field”. The “silver lining”, she adds, is that Covid-19 has a proofreading mechanism, which is unusual among RNA viruses. This means it mutates less frequently than the flu, for example. “So we can catch up with this one,” she says.

Gallagher is also optimistic that we will ultimately get the better of the virus: “I think the future of treatment of Covid-19, going a year or two down the road is going to be that you get tested, you’re positive, and you’re prescribed an antiviral, the way we deal with the flu now.”

BA.2 avoids sotrovimab in the lab

After proving to be one of the few antibody treatments still effective against the Omicron variant, recent research data now suggests sotrovimab is less effective against the newest subvariant, Omicron BA.2. The scientific journal Nature published a news article in February that presented several pre-print studies yet to undergo peer review that revealed a steep drop in sotrovimab’s ability to neutralise BA.2. The teams, which included sotrovimab producer Vir Biotechnology, emphasised that in-vitro study results could not be extrapolated to the clinic.

But acting on the information, the FDA has since limited the drug’s authorisation to patients in the US likely to have been infected with or have been exposed to a susceptible SARS-CoV-2 variant, meaning those in areas without a high prevalence of BA.2. On top of this, the regulator also authorised the use of bebtelovimab, another monoclonal antibody produced by Eli Lilly and Co and shown to work against both Omicron and its subvariant BA.2. This authorisation only extends to mild-to-moderate cases of the disease, however, and cannot be administered to patients hospitalised with it, meaning patients in the US are still likely to be treated with other monoclonal antibodies if their symptoms become more severe. 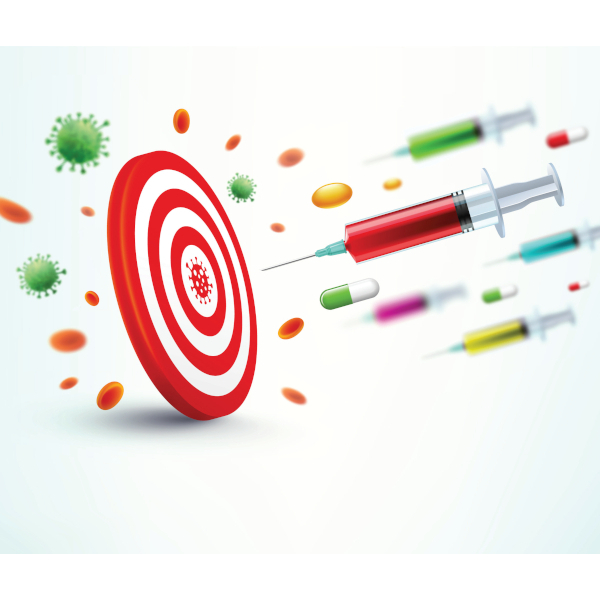 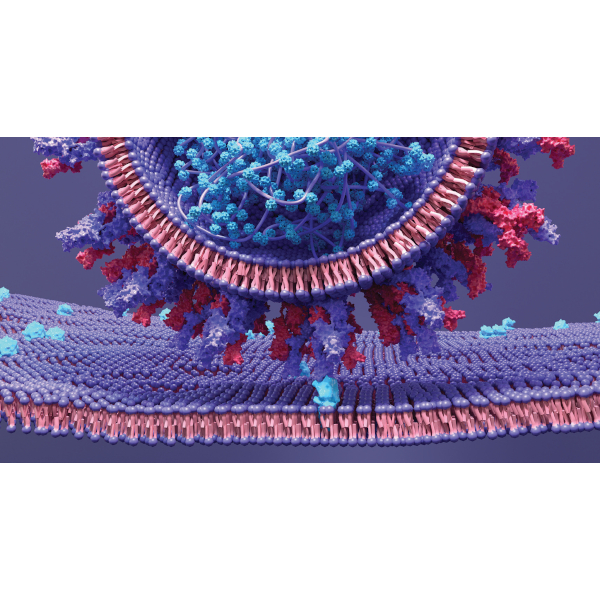 Mutations in the spike protein make it more difficult for monoclonal antibodies to bind to it, and prevent it from binding itself to target cells and reproducing.
Post to: