Experts around the world warn of a ‘postantibiotic apocalypse’ and ‘the end of modern medicine’. Public Health England launched a major new campaign to help ‘Keep Antibiotics Working’, which is especially targeted at nurses, we discuss what this will mean with Dr Susan Hopkins, a Public Health England consultant.

Parliament recently held a press conference attended by Practical Patient Care, where tempers flared and fierce debates were held. No, not about the endless Brexit stratagems (which continued in the building as we had our presser), but about the global superbug crisis and antimicrobial resistance (AMR) that many in the healthcare sector understand as being far more disastrous to the world’s economy than a free trade agreement.

Speakers came from a panel of distinguished professionals, including Dr Clare Chandler, associate professor in medical anthropology at the London School of Hygiene and Tropical Medicine, and co-director of the institute’s Antimicrobial Resistance Centre, and Lord Jim O’Neill, the former head of the UK’s Review on Antimicrobial Resistance. He explained that experts had put together the ‘ten commandments’ for battling AMR, and seven had encouraging signs. “There are lots of new researchers in [the] area, especially in the UK,” O’Neill said. But there were three areas – vaccines, new drug discovery and diagnostics – that were lagging behind significantly.

Chandler agreed. “AMR is making us think differently,” she said, noting that new strategies were needed, as well as a new way of thinking holistically.

AMR is making health authorities think so differently that Public Health England (PHE) is launching a new campaign featuring heavy-hitting names from the medical world to try and make sure the message is getting through. The new campaign, ‘Keep Antibiotics Working’, focuses on how taking antibiotics unnecessarily reduces their effectiveness and builds up resistance. The campaign warns that, by doing so, people put themselves at risk of having a more severe or longer infection. It urges the public to take their doctors' advice on antibiotics.

There are lots of new researchers in [the] area, especially in the UK.
– Lord Jim O'Neill

It follows the PHE’s 'English Surveillance Programme for Antimicrobial Utilisation and Resistance' report's revelation that, as antibiotic resistance grows, treatment options decrease. Now four in ten patients with an E.coli bloodstream infection in England can't be treated with the most commonly used antibiotic in hospitals.

So the plan is to educate the public and give more resources to front-line health workers. ‘Keep Antibiotics Working’ is working hard to get the public to take heed of advice given by doctors, nurses or pharmacists as to when antibiotics are needed and, if they are prescribed, to take them as directed. Patients are also advised never to save the drugs for later use or share them with others. The campaign also provides effective selfcare advice to help individuals and their families feel better if they are not prescribed antibiotics.

PHE is doing it best to combat AMR, but there are huge swathes of work that are making little progress. Despite the UK's best efforts, the developing world is where some of the worst problems lie. In some countries, the infrastructure just isn’t there to improve the education people receive, as well as the enforcement of regulations.

One audience member gave an emotive statement about farming practices in rural Cambodia, where pigs are fed a large amount of human antibiotics. All this means that the drugs enter the food supply, and then the people of Cambodia travel all over the world. This is evidence that what happens globally touches us all.

As Lord O’Neill said about the ‘ten commandments’ of fighting AMR, there are still huge areas where no progress is being made to combat it. One of the most pressing problems is diagnostics: there is still no foolproof way of diagnosing the issue in patients. This is one reason why it can’t be put on death certificates as the cause of death, which means no statistics can be collected, and there is therefore no data to sway people to make an effort to prevent it.

There are ways to stop AMR from becoming worse, but it will require a lot more money and hard work before it can be effectively carried out. The PHE campaign is just the tip of the iceberg, but it’s as good a place to start as any.

Practical Patient Care spoke to Dr Susan Hopkins from PHE about the campaign, the wider problem of AMR, what is being done about the problem and future steps.

While there are a lot of news articles about antimicrobial resistance and some of it is quite alarmist, we wanted to know what the view of UK health authorities is about where the country stands in terms of AMR?

Antibiotic resistance is a real threat to us all and continues to grow. It is currently estimated that at least 5,000 deaths are caused every year from it. This figure is set to rise with experts predicting that in just over 30 years, antibiotic resistance will kill more people worldwide than cancer and diabetes combined. Common conditions like kidney infections and pneumonia have already started to become untreatable.

Antibiotics help ward off infections during chemotherapy, caesarean sections and other surgery. They also treat serious bacterial infections, such as pneumonia, meningitis and sepsis. Taking antibiotics encourages dangerous bacteria that live inside you to become resistant. That means that antibiotics may not work when patients need them next time, and this puts them and their family at risk of becoming severely ill.

Hopkins explained that the government committed to tackling the growing problem of antibiotic resistance, and the public awareness campaign it ran last year is one part of a coordinated national effort to tackle antibiotic resistance. She reiterated that people should follow their healthcare professional’s advice and not to save antibiotics for later use, or give them to friends and family.

There are a number of steps that the PHE, as well as other public health bodies, plan to take to overcome this issue. According to Hopkins, the medical establishment is building the evidence base to improve understanding about when antibiotics are needed or unnecessary, which antibiotic to use in different situations, and educating the public and professionals about antibiotic use and preventing infections.

Can you tell us about PHE’s efforts, such as with the ‘Keep Antibiotics Working’ campaign. Why was it launched and what is it hoping to achieve?

Dr Susan Hopkins: A campaign from PHE was launched to help educate people that taking antibiotics when they don’t need to puts them at risk. The campaign encourages people to take their healthcare professional’s advice on when antibiotics are needed.

It's aimed at all adults, but where possible we target those most likely to use antibiotics, more specifically, women aged 20–45, who tend to have primary responsibility for family health, as well as older men and women aged 50+, who have recurrent conditions and high levels of contact with GPs.

There are many warnings about taking antibiotics when they are not needed, including putting patients at risk of having a more severe infection, and urging people to take their GP’s advice. Are these precautions getting through?

This message is starting to get through; however, it is important that we continue to educate the public about the potential risks associated with overusing antibiotics and the importance of only taking them when they are needed.

Aside from the campaigns like this, what else can be offered in terms of information and advice?

PHE’s Antibiotic Guardian programme has more than 58,000 pledges to help stop the spread of AMR. A number of activities are carried out that help to educate children about the threat of resistance, providing simple steps that they can take, such as thorough handwashing, to make a difference. We have developed a number of resources for health professionals, including the TARGET toolkit. PHE collects data to monitor the rates of infections across the country, including those that have become resistant, as well as prescribing rates. We work closely with the NHS on reducing, controlling and preventing infections, contributing to the drive to minimise antibiotic prescriptions.

Where would you like to see less or more focus on antimicrobial resistance?

It is important that our efforts are focused across the system, from preventing infection in the first place in healthcare settings, right through to encouraging the public not to take antibiotics when they don’t need them. It is also important that where there is evidence for vaccinations, we should use them.

What practical advice would you give to health professionals to ease patients’ fears, while keeping themselves safe?

Firstly, all healthcare workers should get their flu vaccination annually; there is good evidence it protects them, their patients and their families from this infection. In addition, everyone should be as educated as possible. For primary care, we have produced a number of resources, called TARGET, that are available on the Royal College of General Practitioners website. These information leaflets and decision aids can be used by GPs, and other doctors and nurses to improve their antibiotic prescribing, and can also be given to patients so that they understand the duration of medical symptoms for common conditions. 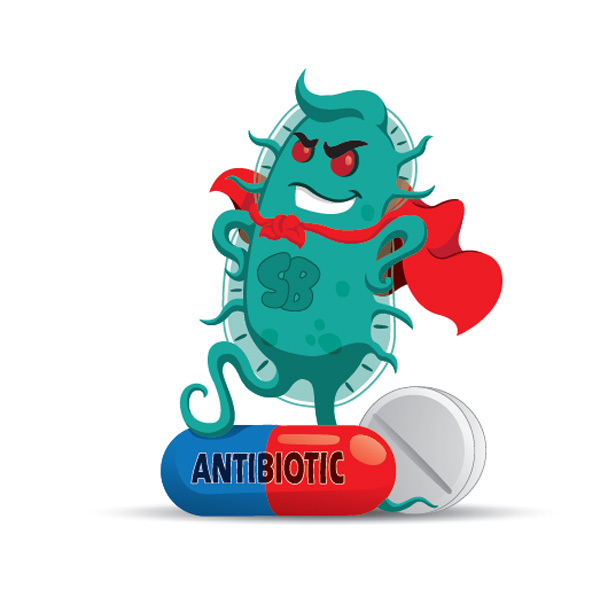 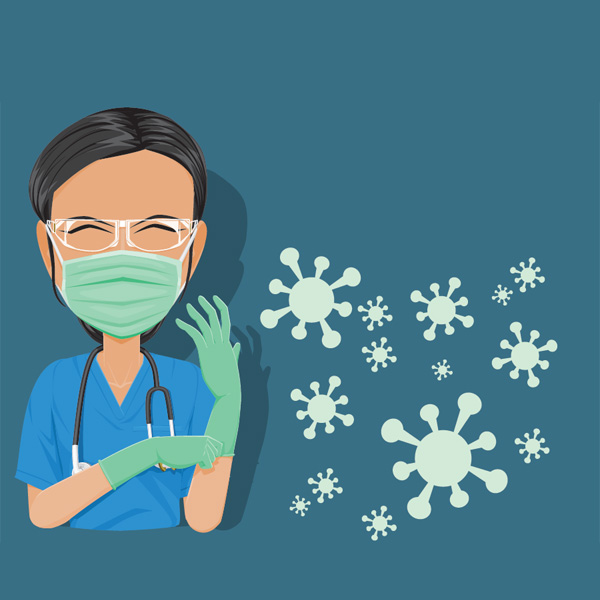 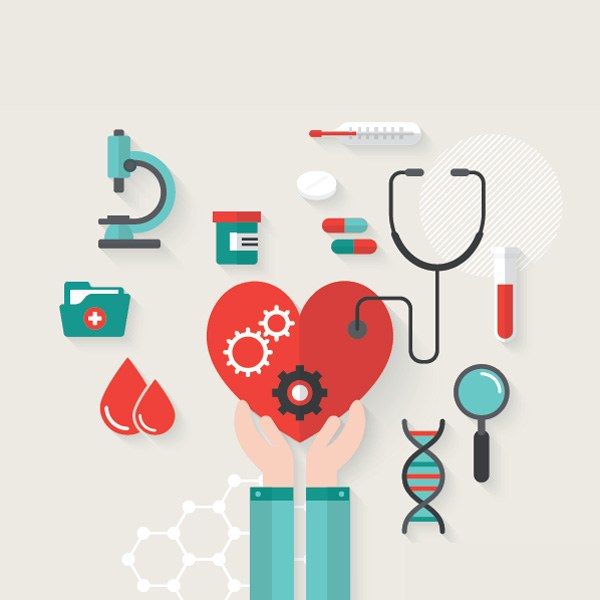 The PHE campaign urges the public to follow antibiotic-related advice given by GPs. 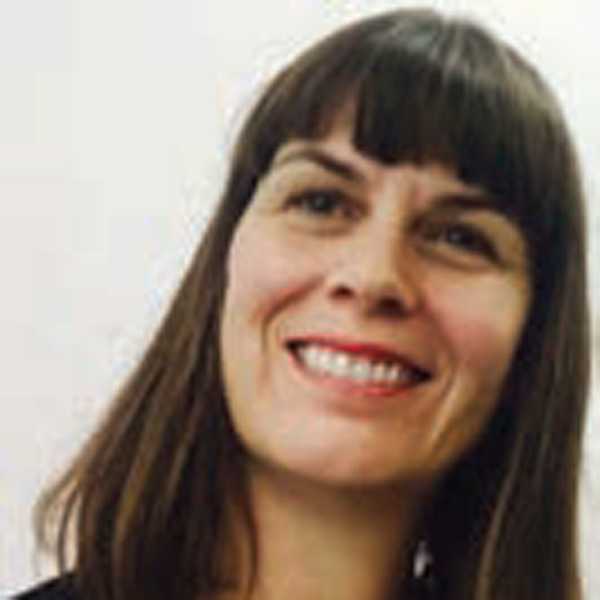 Dr Susan Hopkins is a healthcare epidemiologist for PHE, and is also a consultant in infectious diseases and microbiology for the Royal Free London NHS Foundation Trust. She leads the development of surveillance and interventions related to the AMR strategy.
Post to: