MRI scanners are a vital tool in pinpointing the pathology of a patient's condition, but traditional machines can be limited in terms of accessing the whole picture. A U-shaped design, as used by Paramed's MROpen, allows patients to be scanned in weight-bearing, upright positions such as sitting and standing. A recent study found that MRI scans in multiple positions can show a correlation between hip anatomy and hip pathology.

A recent study, carried out by the Centre for Hip Health and Mobility at the University of British Columbia (UBC), Vancouver, Canada, demonstrates that upright magnetic resonance imaging (MRI) of the hip can show significant correlation between hip impingement and anatomical parameters such as the shape and geometry of the joint and its bones.

The UBC group found that the position chosen for MRI scans had a large effect on the diagnosis of hip impingement. The upright scanner used was the Paramed MROpen, made by Italian company Paramed, based in Genoa.

The MROpen is a general-purpose MRI system based on an open U-shaped superconducting magnet, which allows patients to be scanned in a variety of positions, including upright, such as sitting and standing in multiple directions within the scanner.

By scanning patients in both supine and upright positions, the team of researchers was able to show a strong correlation between anatomical geometry and numerical parameters indicating the likelihood of hip impingement to occur.

In addition to the benefit of greater imaging possibilities, the open design of the Paramed MROpen also makes it much more suitable for claustrophobic patients, than the traditional C-shaped MRI scanners. 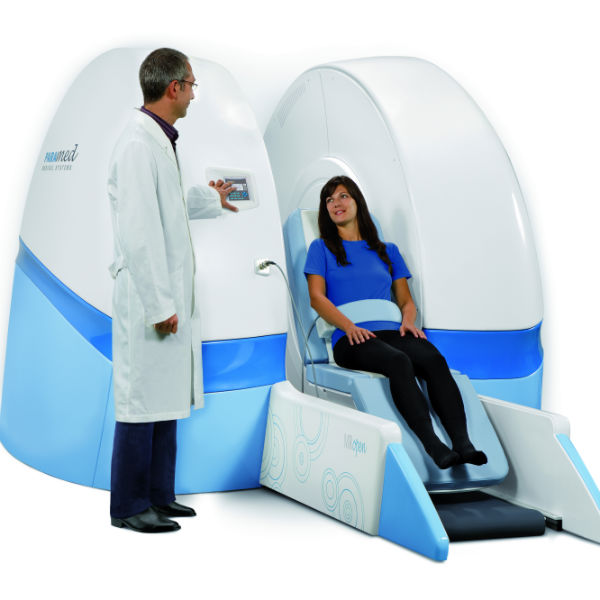