The clinical and financial need to reduce the spread of influenza led the Doncaster and Bassetlaw Hospitals (DBH) infection prevention and control team to adopt a new approach to influenza A and B testing, and diagnosis - the Alere i system. Since 2015, when the Alere i was first funded by the local NHS trust, staff and patients have greatly benefitted from the clinical improvements and cost-efficiencies. There have been a number of real-world benefits from using the Alere i.

Before the test became available, the window of time spent waiting for virology result (two to three days) meant that many patients who did not have influenza were isolated unnecessarily as a precaution, placing pressure on hospital resources and potentially having a knock-on effect on the level of care of other hospital patients.

With the Alere i Influenza A and B Test, diagnosis is ruled in or out at the time the patient first presents, meaning that those who test positive for influenza are readily isolated and treated, preventing other at-risk patients from contracting the virus. Patients who test negative are either discharged or tested for another condition and treated accordingly.

Side rooms are often in short supply during winter due to outbreaks of other highly contagious viruses, such as norovirus and MRSA. Having a rapid diagnosis of influenza means that staff can assign the rooms based on a confirmed case rather than a suspected case.

"We have seen the benefits of using the test in allowing prompt isolation of patients, managing outbreaks and preventing unnecessary ward closures," says Dr Ken Agwuh, consultant microbiologist, and director of infection prevention and control.

"So on balance, you could find that, in the long term, using Alere i may save costs by significantly reducing the risk of ward closures later."

I do believe there is a role for Alere i within almost all care groups in the trust. It is a very important pointof- care test, which I think will be valuable if we can expand it across the trust in subsequent years.
- Dr Ken Agwuh, DBH

Carol Scholey, lead nurse for infection prevention and control at DBH, says that there are a number of ways to improve patient experience. "We do advise masking while treating any patient with respiratory symptoms," she says. "When you are masking to deliver care, it can be quite frightening for the patient. We aim to de-isolate the patient as soon as possible, freeing up rooms for other patients who require them. Due to this, access to early diagnosis is essential.

"The procedure for the Alere i Influenza A and B Test is really simple. You take a nasal swab from the patient, then input the data required into the Alere i instrument to process the test. The system is easy to use and Alere is very supportive, providing training to aid staff competency. It really is a useful piece of kit to have."

What does the future hold for the Alere i Influenza A and B Test at the DBH?

There are plans to expand the use of the Alere i to additional units, Agwuh says. "I do believe there is a role for Alere i within almost all care groups in the trust," he explains. "It is a very important point-of-care test, which I think will be valuable if we can expand it across the trust in subsequent years."

Richard Parker, chief executive at DBH, agrees. "My assessment would be that the primary function of the Alere i is for screening support during the winter period in the emergency department and assessment centres," he says. "Then, throughout the year, it can be used for early diagnosis of hospital patients." 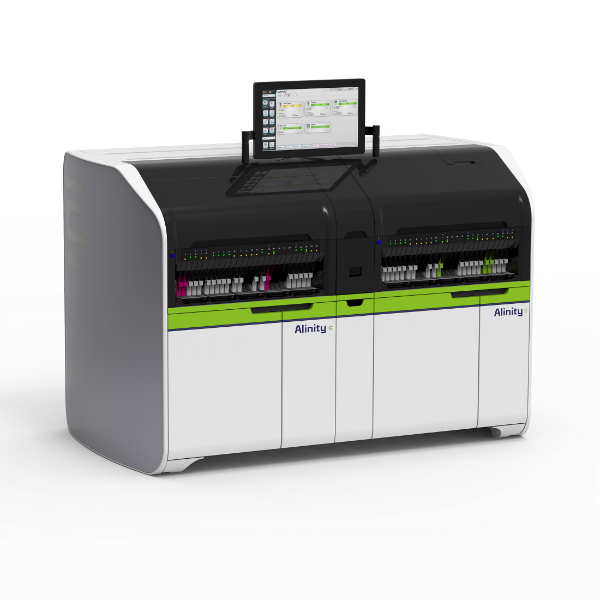