TB remains a public health issue in developing nations, partly due to the lack of adequate diagnostic testing facilities. Is molecular detection – faster and simpler than conventional tests – the answer? Kim Thomas speaks to health economist Hassan Haghparast-Bidgoli about the benefits and challenges.

An infectious disease caused by Mycobacterium tuberculosis (MTB), TB still claims the lives of 1.6 million people every year worldwide, while approximately 10 million people in total become ill with the disease. Symptoms include coughing with sputum and blood, chest pains, weight loss and fever.

Most infections occur in developing countries in Asia and Africa: in 2017, 87% of new TB cases occurred in the 30 high-burden TB countries, while eight countries (India, China, Indonesia, the Philippines, Pakistan, Nigeria, Bangladesh and South Africa) accounted for two thirds of new cases. India alone is home to 27% of all TB cases worldwide. It’s a disease that poses a particular risk to people infected with HIV; about 300,000 of TB deaths are in people who are HIVpositive. Most of these HIV-positive deaths take place in sub-Saharan Africa.

Hassan Haghparast-Bidgoli is a principal research fellow at the Institute for Global Health, University College London. His main area of work involves analysing inequalities in health and healthcare, and in the economic evaluation of healthcare interventions. One of the areas he has looked at is the question of the most costeffective approaches to diagnosing and treating TB.

There are three strains of TB, says Haghparast- Bidgoli – TB that is not resistant to any drugs, multiple-drug-resistant (MDR) TB (which is resistant to both rifampin and isoniazid, the two first-line antibiotic drugs) and extensively drugresistant (XDR) TB, which is resistant, not only to the first-line drugs, but to Fluoroquinolone antibiotics and at least one of the injectable second-line drugs. While the XDR strain is still quite rare, the emergence of the MDR strain has hampered progress in treating the disease. In 2017, there were 558,000 new TB cases resistant to rifampin, the most effective first-line drug.

Drug resistance is a major cause for concern, according to Haghparast-Bidgoli. “The drugresistant strain is increasing in a lot of countries,” he says. “Because of this it’s very important to develop new technologies for faster and more accurate diagnosis, and also better treatment.”

Worldwide, only 55% of MDR-TB patients are treated successfully. One of the causes of drugresistant varieties of TB is patients with drugresponsive TB failing to complete the course – a problem that arises because treatment for TB is usually lengthy and involves more than one drug. The problem of drug resistance is greater in highburden countries.

There have long been efforts to stamp out the disease. The 1970s saw the development of the directly observed treatment, short-course (DOTS) strategy, which aimed to standardise treatment, and record and measure outcomes. A major step forward came in 2014 with the publication by the World Health Organisation (WHO) of its End TB Strategy, which set a target of reducing deaths from TB by 95%, and incidence of TB by 90%, between 2015 and 2035. A third target stated that no TB-affected households should experience catastrophic costs due to the disease by 2020.

These are ambitious goals, and so the strategy takes a three-pronged approach to meeting them: integrated patient-centred care and prevention; bold policies and supportive systems; and intensified research and innovation. Currently the incidence of TB is falling at about 2% a year, but that needs to accelerate if the targets are to be met. That will involve improving patients’ access to diagnosis, and the quality of diagnosis, as well as scaling up interventions to reduce some of the risk factors for TB (such as smoking, alcohol consumption and diabetes), and integrating control programmes for TB and HIV.

When it comes to making a diagnosis, as with any disease, there are two important factors. One is the sensitivity of the test – how good it is at accurately diagnosing who has the disease. The other is the specificity – the ability of the test to identify those without the disease. If a patient is diagnosed by a test with low sensitivity, they might be wrongly identified as having the disease. “You give them incorrect treatment and it is not effective for them,” Haghparast- Bidgoli says. “That can change the outcome and there can be side effects for the patients.”

1.6 million
The number of people who die of tuberculosis each year globally.
WHO

Traditionally, TB has been diagnosed by two separate methods, both far from perfect. One involves culturing the bacteria from sputum samples – this is highly accurate, but involves waiting several weeks before a diagnosis is reached. The other, more widely used method, smear microscopy, is to take sputum samples and look at them under a microscope to see if TB bacteria are present. Although this is a relatively speedy method of diagnosis, it is effective at detecting only half the number of cases, and it cannot identify whether the sample is from a drug-resistant strain. (Sometimes chest X-rays are used to confirm the diagnosis.)

More recently, however, molecular detection methods have been developed. These include the nucleic acid amplification test (NAAT) and wholegenome sequencing (WGS). An NAAT works by looking for the TB bacterium’s DNA markers in a sputum sample, while WGS involves sequencing the whole genome of the TB bacterium. In both cases, diagnosis is rapid, and both tests can diagnose rifampin resistance. WGS is too expensive for use in most high-burden countries, however.

Lengthy treatment affects a patient’s livelihood; typically, treatment for TB that is receptive to drugs involves a six-month course of medication (usually a combination of four antimicrobial drugs), and the patient doesn’t need to be in hospital. Treatment for MDR-TB, however, is expensive and usually involves hospitalisation – in some countries, for up to 24 months. Because of the loss of income from work, the economic impact for the patient and their family can be substantial.

Governments are working all the time to improve treatment modalities. “Some countries are very good – they have substantially improved their treatment and the control of TB,” explains Haghparast-Bidgoli.

The advantage of using NAAT and WGS detection is that faster diagnosis means faster treatment, Haghparast-Bidgoli explains. “If the patient is infectious they transmit the disease to other people,” he says. “A rapid diagnosis test means you can put them in isolation, and reduce the risk of others becoming infected.” It also makes it easier to achieve successful contact tracing. The test’s ability to identify the MDR strain means that patients can be given appropriate treatment immediately, reducing the likelihood of transmission and also reducing the amount of treatment needed. “All this can be translated into cost saving,” he says.

$2,621
The average cost of installing Xpert in Nigeria.

Haghparast-Bidgoli has examined the research into whether using Xpert (also known as GeneXpert), a cartridge-based NAAT, for diagnosis is cost-effective. Xpert, which has been endorsed by WHO for use in TB-endemic countries, is an automated system – the chemicals needed to interact with the sputum sample are contained in a cartridge, which is then inserted into a machine that provides an accurate result within two hours. Xpert also identifies whether the strain of TB is resistant to rifampin. A study of 29 high-burden countries by the Stop TB partnership in 2017, however, found that only 15 had adopted a policy of ‘Xpert for all’ and of them only seven had widely implemented the test.

Is the gain worth the cost?

Evidence on cost, cost-effectiveness and affordability are important for decision-makers, says Haghparast- Bidgoli. It is not simply a question of whether a particular method of diagnosis achieves better results but whether the health gain is worth the additional cost – or, alternatively, whether a cost saving is worth the additional health loss. In the case of Xpert, the question was whether incorporating it as a diagnostic method would be cost-effective compared with the traditional methods of sputum microscopy and culture.

The cost-effectiveness of a treatment is highly affected by context, Haghparast-Bidgoli points out. That context includes deployment capacity, the performance of current diagnostic algorithms, the cost of treatment regimens for TB and MDR-TB, the mode of implementation and the modelling approach used to assess cost-effectiveness. For example, in some countries the poor healthcare infrastructure means that the quality of the sputum sample is low. “You have to have high-quality sampling to use it for molecular testing,” Haghparast-Bidgoli says. In order to improve diagnosis and treatment, it’s important to regularly adapt diagnostic algorithms according to context.

Faster diagnosis is not always cost-effective

The major downside of using Xpert is that it is highly expensive. The machine to hold the cartridges costs thousands of dollars, and the individual cartridges, which are discarded after a single use, cost $10. It also requires a constant power supply and a cool environment – something that can be a problem in some rural clinics in developing countries.

In 2013, research was carried out into the use of the system in TB clinics in South Africa, Zimbabwe, Zambia and Tanzania, with patients randomly assigned to either Xpert or conventional testing. Surprisingly, the difference in outcomes for the two groups was negligible. This seems to have been because, rather than wait for the results in the group who were tested by conventional means, the clinic started treatment quite soon after admission. So the conclusion from the research was that Xpert was not a cost-effective solution – at least in those particular settings. In other settings, Haghparast- Bidgoli notes, the conclusion might be different.

In Nigeria, a high-burden country, research published in The Pan African Medical Journal in 2014 into the cost of installing Xpert found that the basic cost for installation was $2,621.98 per machine, rising to nearly $7,000 for sites that required additional space. The research concluded that space and power requirements have a “significant effect on installation costs” and that countries should carefully consider the placement of Xpert machines based on the quality and size of the available infrastructure.

Further research in Nigeria by Public Health Action in 2018 looked at the reliability of Xpert machines. It analysed 52,219 test results and found that 4.7% of the total number of results were invalid, 4.2% had error results and 2.1% had no result outcomes. The most frequent errors were technical, often as a result of poor adherence to standard operating procedures. There were also temperaturerelated errors in some parts of the country.

Therefore, it’s important, he points out, that future investments in diagnostics by healthcare systems should reflect the uncertainty and additional costs of implementation constraints. Counter-intuitively, it’s not necessarily the case that the speedier, more accurate method of diagnosis is the most appropriate choice in a particular setting. 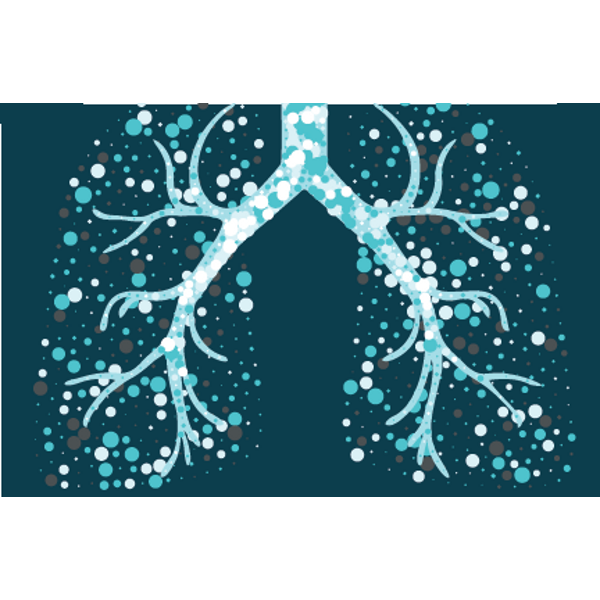 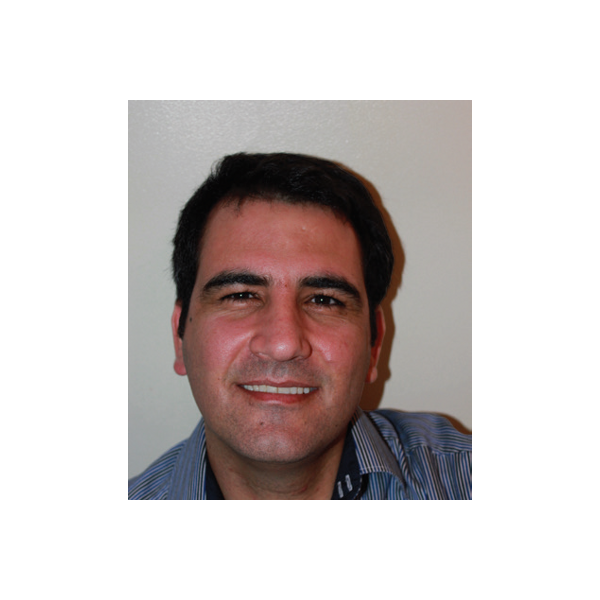