The power of microbubbles

Researchers in Canada have shrunk bubbles to 1μm diameters, which means that they are now suitable for use in ultrasound services – and possibly a host of other medical equipment. Dr Scott Tsai from Ryerson University talks to Andrew Putwain about what microbubbles are, exactly, and what these developments mean for the future of microfluidics.

Microbubbles are commonly used in ultrasound imaging, as they improve the visual distinction between blood and surrounding tissues. Bubbles are injected intravenously and, under ultrasound, they are excited at their resonant frequency. This resonance means they scatter a much higher proportion of the ultrasound than the surrounding tissues, allowing clear imaging of blood vessels. The process is often called contrast-enhanced ultrasound. This is the application of ultrasound contrast medium to traditional medical sonography. Among other things, it can be used to image blood perfusion in organs, and measure blood flow rate in the heart and other organs. Now, researchers are hoping to expand its applications even further.

At Ryerson University in Toronto, Dr Scott Tsai leads a team in developing microfluidic systems that generate microbubbles suitable for contrast-enhanced ultrasound imaging, in collaboration with colleagues from the university’s physics department, Dr Michael Kolios and Dr Raffi Karshafian. Tsai works at Ryerson’s Laboratory of Fields, Flows, and Interfaces as an associate professor. He is also currently the theme lead for biomedical delivery systems at the Institute for Biomedical Engineering, Science, and Technology, a partnership between Ryerson University and St Michael’s Hospital.

Tsai’s laboratory focuses on the feat of engineering small devices and ‘smart materials’ to solve problems in biotechnology. His research often features microfluidic platforms – systems of microchannels where the physics of fluid flow are dominated by viscosity and surface tension – with electromagnetic fields to manipulate the movement of objects inside the microchannels. Once this occurs, Tsai then applies small-scale fluidic systems; for example, to coat microscopic particles with the eventual goal of coating single cells with thin layers of polymers.

But back to the microbubbles. The bubbles needed for ultrasound are around 2μm in diameter. Current microfluidic techniques cannot produce bubbles this small, and the techniques used to generate these microbubbles generally use physical agitation or shearing. The bubbles produced often have a large size distribution and filtration is needed to separate out those suitable for use.

Microbubbles made microfluidically are typically greater than 10μ in diameter, but contrast-enhanced ultrasound requires microbubbles to be between 1–7μ in diameter, so that they can travel uninhibited in the bloodstream.

“Our team realised that we could use microfluidics to generate microbubbles that are too large,” Tsai says. “And then [we] shrink them via a controlled vacuum microchannel that is embedded in our microfluidic device to make microbubbles of a variety of sizes, including in the 1–7μ diameter range, and in a monodisperse fashion.”

This, he says, paves the way towards more monodisperse microbubbles for ultrasound imaging. It also shows the many ways that this technology can help with other developments in medical devices, especially in ultrasounds.

The published results from Tsai’s team show that, previously, the bubbles involved were too large. But their own work entails a microfluidic system with vacuum microchannels next to the main serpentine channel, which will fix the problem. They also believe that the current system doesn’t produce enough bubbles, which Tsai believes is a great benefit.

“Our system works nicely to shrink microbubbles to the size that is desirable for contrast-enhanced ultrasound,” he says. “However, the throughput, which is the number of microbubbles per unit time, of our technique is still too low. At the current throughput, it would take more than a year for our technique to generate enough microbubbles for a single contrast-enhanced ultrasound imaging operation. This is obviously not feasible for clinical implementation, so we are working on a massive scaled-up design now.” So feasible movement in rectifying these issues is a little while away yet.

There is still limited understanding of the use of microfluidics in medical devices. Often the manufacturing benefits are not properly considered, either by those creating the technology or those who could ultimately harness it in an industrial setting. This could be a cheaper and easier method to construct devices for those working in front-line healthcare services. Did Tsai and his team have any input from stakeholders in those fields in terms of the end goal that would be beneficial to their work?

“This would be interesting for us to consider as we progress more towards eventual commercialisation,” Tsai says. He has had little manufacturing input to the work but expects it would be easily used as the research progresses. “We did not have formal interactions with clinicians that use microbubbles, but we have now identified a few and will be working with them going forward to keep end-user needs in mind,” he adds.

This technology offers a variety of exciting opportunities to enhance increasingly complex medical devices. It also demonstrates how fields such as biology and chemistry are interacting with traditional manufacturing. Tsai describes himself as “definitely scaling up” in this regard.

However, there are still problems. “Without an innovative way to scale up the microbubble production rate dramatically, our technique will not make it to the market,” he explains. “We need to conduct in-vivo experiments to quantify the performance improvement of our microbubbles versus conventional microbubbles for ultrasound imaging.”

But he sees the technology is definitely going places in the near future. Tsai believes it will be mainstream within five to ten years and will be a viable strain of R&D for medical device companies. “Hopefully, we will achieve some kind of meaningful scale-up,” he says. “And we will be able to develop and commercialise the technology, so that hospitals can use our technology to manufacture and use microbubbles for their contrast-enhanced ultrasound imaging operations.”

A layman’s guide to microbubbles

Microbubbles are microscopic, gas-filled bubbles that are used as a contrast medium to enhance ultrasound technology. They consist of tiny bubbles of gas introduced into the vascular system or fallopian tubes to enhance the images obtained during medical imaging services. This is especially useful to image blood flow or dissolve blood clots. Microbubbles are defined as being bubbles smaller than 1mm in diameter, but larger than 1μm. In addition, microbubbles currently show promise in disease therapeutics.

Microfluidic devices have increased the ability to produce microbubbles with precise sizes, according to one Chinese study from 2016. Professor H Lin from the School of Pharmaceutical Sciences at Central South University in Hunan, says that the bubbles produced from microfluidic systems also have high monodispersity compared with microbubbles created using traditional methods.

Microbubbles oscillate and vibrate when a sonic energy field is applied. They may reflect ultrasound waves, which is partly what distinguishes them from other surrounding tissues and enables them to be useful in imaging technology.

Because gas bubbles in liquid lack stability and will therefore quickly dissolve, microbubbles must be encapsulated with a solid shell. The shell is made from either a lipid or a protein, such as Optison microbubbles that consist of perfluoropropane gas encapsulated by a serum albumin, or blood protein, shell.

With this in mind, scientist have figured out many ways in which microbubbles could be used in the medical field, such as drug delivery, biofilm removal, membrane cleaning or biofilm control, and even water and wastewater treatment.

“Although microbubbles were originally designed simply to improve conventional ultrasound scanning, recent discoveries have opened up powerful emerging applications,” says Dr Martin Blomley, from London King’s College Hospital. Some of those other applications include not just imaging, such as radiology and cardiology, but also the potential of microbubbles for therapy. 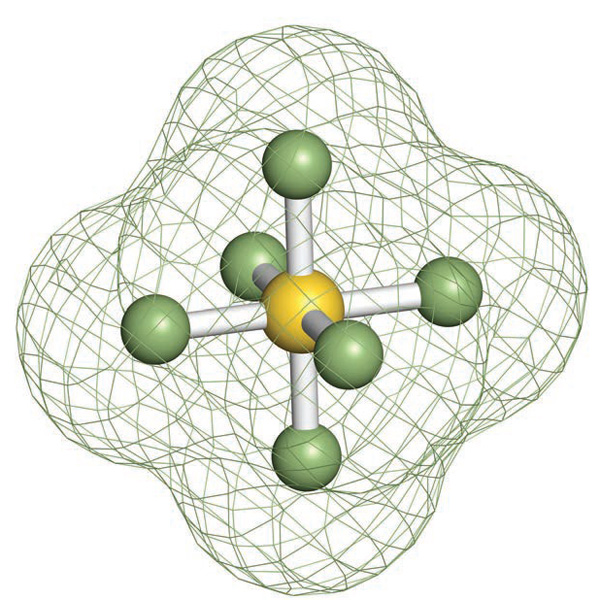 Microbubbles improve the visual distinction between blood and surrounding tissue during ultrasound imaging. 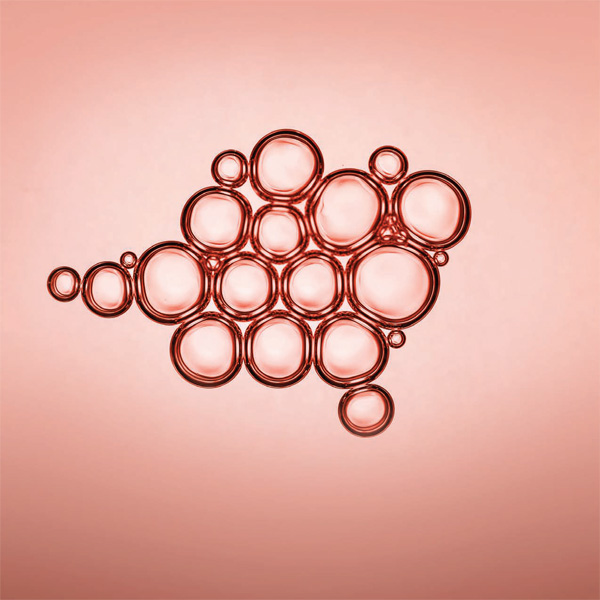 During an ultrasound, microbubbles can be excited at their resonant frequency, allowing clear imaging of the blood vessels. 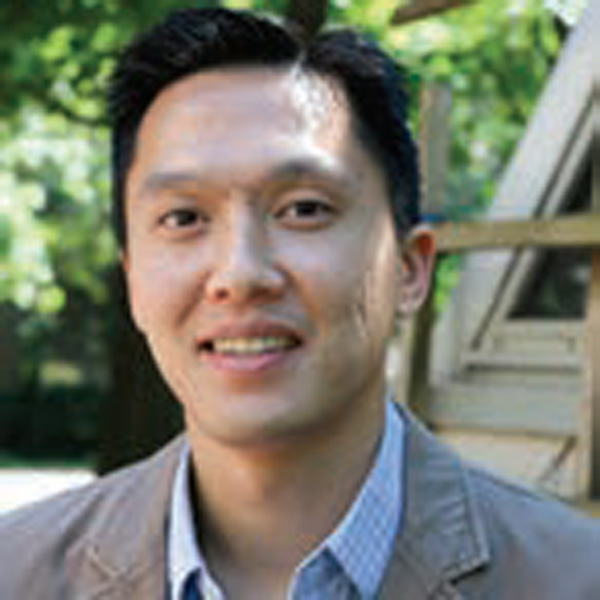 Dr Scott Tsai: Dr Scott Tsai is an associate professor in mechanical engineering at Ryerson University and an affiliate scientist at St Michael’s Hospital, Toronto. His undergraduate and graduate training are from the University of Toronto and Harvard University, respectively.
Post to: