While ultrasound has been a staple of medical life for decades, conventional machines suffer from considerable drawbacks. New ‘deep learning’ software promises to transform the technology, helping doctors to diagnose illnesses faster. Andrea Valentino talks to Dr Jonathan Rothberg, co-founder of the Butterfly Network, and Dr John Martin, the chief medical officer, about how their system could soon help patients at home – and how it has saved one of their lives already.

In 1941, as Europe ripped itself apart, Karl Theo Dussik changed the world. In a quiet corner of the Vienna General Polyclinic, Dussik argued that ultrasound could be used as a “diagnostic aid”. It was an unassuming phrase, and one which wholly undersold the colossal power of the technology.

In 1947, Dussik and his colleagues published the first ultrasound images, striking the first ground on a road that has transformed medical life. The NHS alone performed 750,000 such procedures in March 2016.

That is not the whole story, though. Two thirds of people, mostly in the developing world, have no access to ultrasound technology. Even in rich countries, many ultrasound machines are either frustratingly cumbersome or prohibitively expensive. But after years of research, a team in the US might just be edging towards a revolution in ultrasound – and with it, the ability to save money and lives on a remarkable scale.

Dr Jonathan Rothberg is used to trips to the hospital. At six months, his daughter was diagnosed with tuberous sclerosis complex, a rare genetic disorder that causes dangerous cysts to grow on her kidneys. Apart from worrying about her health, Rothberg quickly grew frustrated at the downsides of traditional ultrasound technology. “I wanted a better way to monitor [her illness] and someday intervene in a non-invasive way,” he remembers.

But Rothberg had a problem. Though ultrasound machines are safer than radioactive X-rays, they suffer from several drawbacks. For one thing, they are big. The average ultrasound machine is the size of a washing machine. Compact alternatives do exist, but they’re expensive. GE’s Vscan handheld technology costs $8,000–20,000, for example.

Ultrasound can also be tricky to use. Regular machines use piezoelectric crystals, which convert electricity into ultrasonic waves. But because their frequency has to be set in the factory, operators need to change the probe they use based on which part of the body they’re investigating.

Regular ultrasound machines look like steel sea monsters, with probes and wires flapping down like tentacles. Inexperienced users might use the wrong probe and miss serious problems. According to a 2002 study, ultrasound technicians in one hospital missed foetal abnormalities in unborn children 87% of the time.

The chips are down

Finding a way past these challenges would lead Rothberg back to a previous project. A decade previous, he had developed the technology to sequence DNA on a microchip. Apart from making a fortune, Rothberg realised the potential of computer chips for other parts of medical life. “My experience with semiconductors made me confident that we could move to putting ultrasound on a chip,” he says.

After eight years of work, Rothberg and his team at Butterfly, based in New York and Connecticut, are finally ready to show off their achievement: the Butterfly iQ. The first distinguishing feature of the system is its price. Rather than relying on expensive piezoelectric crystals, it uses a simple semiconductor chip, keeping overheads down. “[Our system] is low cost, because we made it in the same factory that makes the chips inside your computer,” Rothberg explains. “It’s very similar to cameras that were put on chips, which now allows a camera in every cellphone.” Hospitals can pick up the iQ for as little as $2,000, a price Rothberg hopes will slide further as microchips become even cheaper.

Patients come in incredibly concerned, and it’s often the worst time of their life. They need confidence in the technology.
– Dr John Martin

Not that Rothberg sacrificed size for cost: the whole system can be slipped into a surgical coat pocket. Because it dispenses with finicky piezoelectric crystals, the iQ can be adjusted on demand, making it easier to use.

Confusion about probes is no longer an issue, either. The device automatically calculates organ depth to work anywhere on the body. The system can be plugged into any iPhone, which can also be used to analyse and scan images.

While that’s all very impressive, it is perhaps the use of advanced AI that could help the iQ have the most profound effect. Fitting each machine with so-called ‘deep learning’ software allows the iQ to analyse hundreds of thousands of ultrasound pictures to learn what makes a good image, and what dangers to look out for. In turn, the devices can help users make sense of what the images show, guiding them towards what they might have missed.

As an example, Rothberg mentions the heart. “You can analyse a beating heart using iQ machines and it tell you how healthy that heart is,” he says. “You look at the probe, and the person in front of you, with the camera. You’re guided to take the correct image, then the computer analyses that image.”

Hearts are not the only thing Butterfly can examine. Instead of hardcoding a system for a single organ, Rothberg and his colleagues used a general framework that can be used across the body. Unsurprisingly, the FDA has been keen to work with the technology, approving iQ for use in 13 separate clinical applications, including musculoskeletal exams, obstetric exams and cardiac scans.

Rothberg adds that his system deepens with age. “It’s basically a collective intelligence,” he says. “Every time we sell a machine, every time that machine is used – just like your selfdriving Tesla – it gets better and better. We call it a virtuous circle. This is where you have a bigger network that learns from its mistakes more efficiently.”

The consequences of all this are revolutionary, Rothberg says. Combining a low price with simple design, he believes his machine can “replace the 200-year-old stethoscope as the window into the human body”. This is quite a claim, especially given the scale of the challenge. About five billion people worldwide have no access to ultrasound machines.

But if the transformative power of this technology remains to be seen, the benefits are alarmingly obvious to at least one doctor. Dr John Martin is a vascular surgeon and Butterfly’s chief medical officer. While he was working on a prototype of the device, Martin began to feel unwell. “I was doing studies for our FDA approval and I felt fullness in my neck,” he remembers. “Candidly, I would have blown it off normally. I had a bit of a cold at the time, and I thought it might have been a swollen lymph node.

I plugged the device into the phone and put the probe up to my neck. And lo and behold, it identified a tumour.
– Dr John Martin

“I realised I had the answer to what was going on in my hand. I plugged the device into the phone and put the probe up to my neck. And lo and behold, it identified a tumour.”

This quick diagnosis saved crucial time, Martin continues. “It empowered my doctor with the right information to speed up the diagnosis and delivery of care to me.”

Martin is convinced the device and technology can transform the speed and quality of medical care for everyone. “If you go an emergency room, they want to do a test to figure out what is wrong with you,” he says. “This involves time, expense [and] worry, and sometimes negatively affects the outcome. The whole point of the device is to put that diagnostic test in the hands of first responders. There is not a disease state in which an earlier diagnosis wouldn’t be better.”

Aside from the medical benefits of the technology, Martin believes the device can make hospital visits less daunting for patients. Rather than powering up one of those steel monsters, all doctors need is a probe and an iPhone. “It’s disarming,” he says. Patients are comfortable with a cellphone and one of the benefits of devices like this is the direct connection with the doctor standing right there. “He can actually show the patients the image. Patients come in incredibly concerned, and it’s often the worst time of their life. They need confidence in the technology,” Martin says.

Though the device is currently only available to medical professionals, the next step is give it directly to patients, something Rothberg is clearly keen on. “Once the FDA and others are comfortable with it, we’ll be able to release it without barriers,” he says.

Martin agrees, envisaging a world where ultrasound is even available to people at home. “Imagine a patient who has an aneurysm and is constantly worried about it rupturing. If you have a device at home, you can check yourself and feel better. This is not available at the moment, but will be in the very near future,” he says.

Broader technical developments are equally exciting. If the device can fit into your pocket now, future ultrasound machines are likely to be even smaller. By having patients swallow an ‘ultrasound pill’, doctors will be able to scan their GI tracts, and check internal organs from the inside. The sharpness of ultrasound images could also improve.

Though piezoelectric crystals are already at the peak of their game, Martin expects refinements to the microchip will keep pushing quality forward. “We’re just at the beginning,” he says.

He has every right to be optimistic. With such robust technology behind him, it is hard to put limits on what ultrasound could achieve. Even compared with Dussik in 1941, the ultrasound machines of the future promise to be far more than mere “diagnostic aids”. 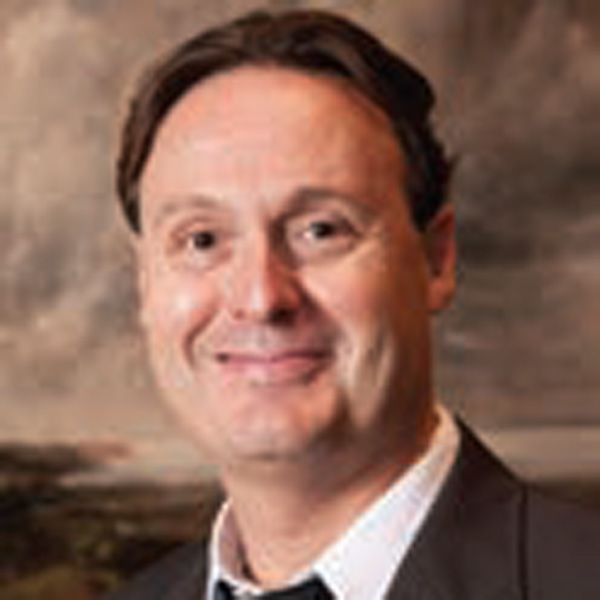 Dr Jonathan Rothberg is an American scientist and entrepreneur. His work with chip-based DNA sequencing won him the US National Medal of Technology and Innovation. Rothberg is also a professor of research of genetics at Yale University. 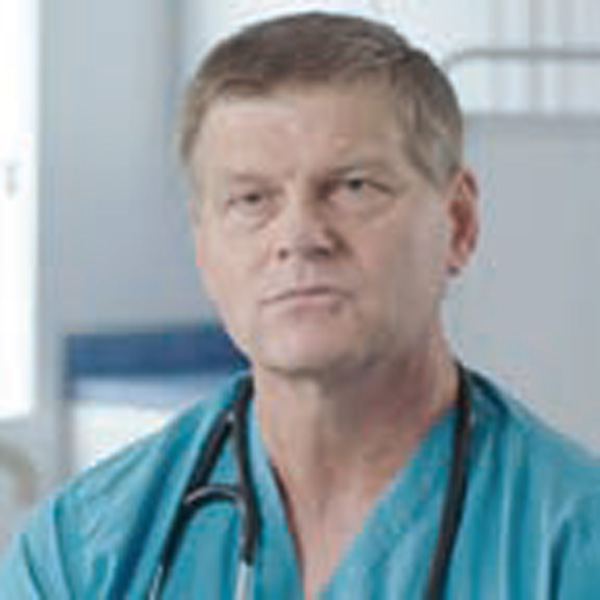 Dr John Martin is a vascular surgeon and the chief medical officer at Butterfly. He is also president of the Heart Health Foundation. Martin studied medicine at the UT Southwestern Medical School, Texas, and has held positions at the Anne Arundel Medical Center and Cardiology Associates, LLC. 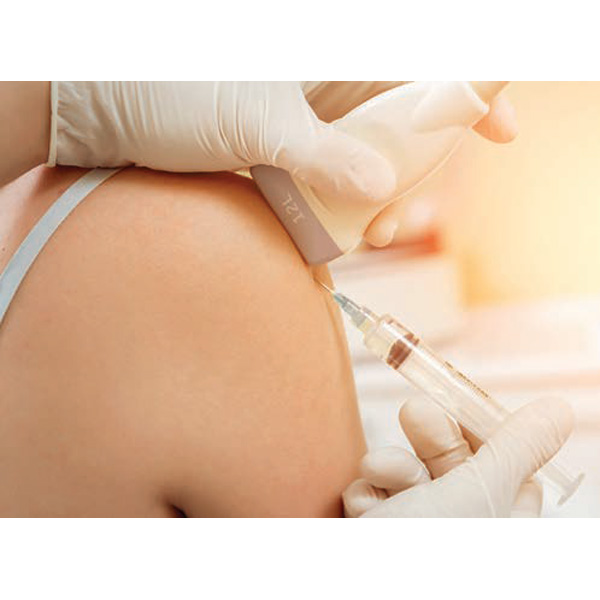 Ultrasound devices could be available to patients for home use in the future. 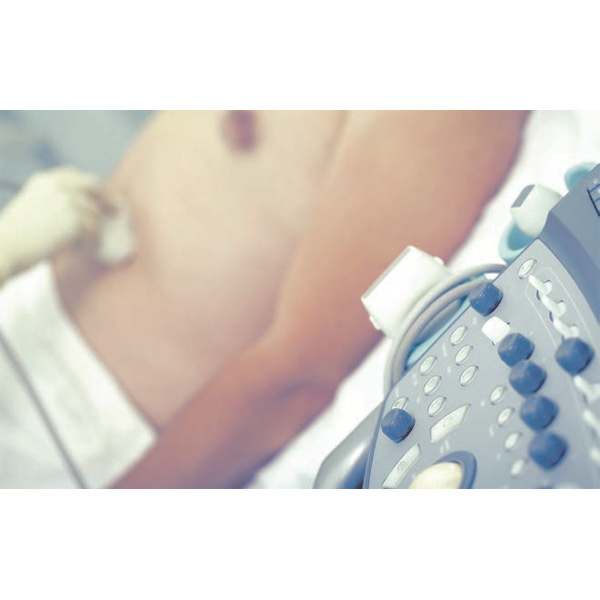 The iQ system enables doctors to share images immediately with the patient, keeping them informed at all stages of their appointment. 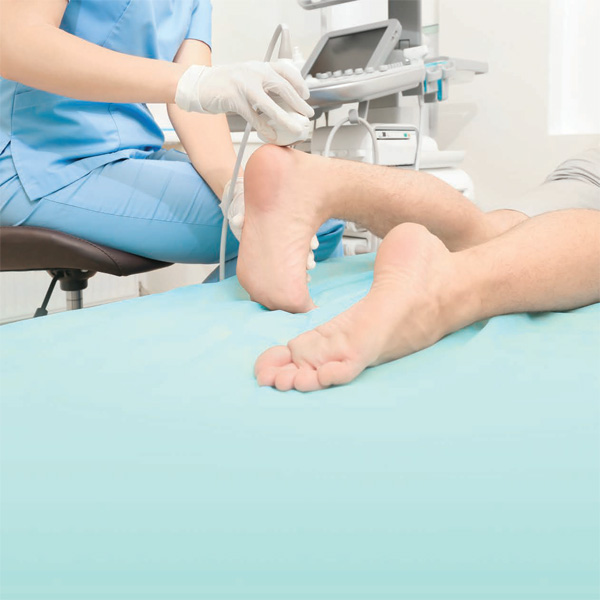