US health systems are building small, full-service hospitals to target gaps in the market – but they also provide patients with a low-stress hospital experience. Eleanor Wilson discusses the business case for micro-hospitals, and what they can do for patient care, with Dr James Nichols, medical director at Baylor Emergency Medical Center in Aubrey, Texas.

Dr James Nichols could be forgiven for rescheduling our interview: he’s just finished a 24-hour shift in charge of an emergency room. But not only is he happy to talk, he keeps chatting for over an hour, describing his job with words like ‘relaxed’ and ‘work-life balance’.

“I’m 52 and I’ve been doing 24-hour shifts now for three years, and you know, my life’s never been better,” he tells me.

Nichols is no stranger to the grind of ER work; he spent 23 years in an urban Texas hospital system, the primary emergency department of which received 90,000 visits a year. He worked his way up to chief of staff, but the pressure and lack of autonomy eventually began to take its toll. In late 2015, he started work as a full-time clinician at a micro-hospital in the Dallas-Fort Worth area – preparation for his current role as medical director at Baylor Emergency Medical Center (BEMC) in Aubrey, Texas, a town of just over 4,000 people.

The Aubrey facility is a tiny but fully functional hospital with 16 beds – eight for inpatients and eight for the ER – which are rarely all full at once. In 2016, 11,114 patients walked through the door and 373 were admitted. On a typical day, its roster of medical staff runs to one or two nurses, a lab technician, a radiologist and sometimes Nichols. That’s all it needs. The chaotic image of a US emergency room that most people are familiar with – either from real-life experience or from TV shows like ER and Grey’s Anatomy – involves patients waiting for hours to be examined by overworked medical staff. Attempts to fix this often emphasise meeting targets such as shorter wait times, but that tends to transfer a heavier burden onto doctors and nurses, who find it increasingly difficult to pay attention to the softer skills involved in patient care. Patients may be processed faster, but they can feel hurried, confused and voiceless. Micro-hospitals are designed to take some of the load off larger hospitals by welcoming loweracuity patients who still see the emergency room as their first port of call.

“From the time you come through the door to the time a physician is looking at you, it’s generally ten to 15 minutes, tops,” Nichols says.

BEMC Aubrey and its seven sister locations dotted around the Dallas-Fort Worth metropolitan area are run by Emerus, a private micro-hospital operator that partners with healthcare providers like Baylor Scott and White to run more than 20 facilities across the US. The idea is that larger hospitals aren’t always conveniently located and their resources are needed for high-acuity cases – but low-severity patients in the suburbs still need somewhere with inpatient capabilities that functions as a hospital. Micro-hospitals are placed in residential suburbs, equipped to be a single access point for varying levels of care.

Small facilities known as free-standing emergency departments (FSEDs) have been in use for several decades now, targeted to rural areas that could not support a full-sized hospital. In recent years, Texas has been at the forefront of a boom in suburban FSEDs. These and micro-hospitals are located for easy accessibility, but FSEDs have no inpatient department and must transfer anyone who needs to be admitted.

FSEDs and micro-hospitals are attractive from a business standpoint: they’re efficient, cheap and quick to set up, with initial costs ranging from $7 million to $30 million. They don’t need high patient volume to be profitable and, topping out at 50,000ft², they can be converted rather than built. BEMC Aubrey is housed in an older, leased building.

“They can build [a micro-hospital] and have one up and running in about 12–18 months, and that’s from final approvals to the actual doors opening,” Nichols says.

The American Hospital Association requires licensed hospitals to offer a minimum of six inpatient beds, continuous nursing, pharmacy services and fully licensed physicians who can admit patients and provide care. Because FSEDs don’t offer inpatient beds, they are not accredited hospitals and cannot accept Medicare – government-provided health coverage for those who are over 65 or have disabilities – or Medicaid, a similar programme that covers people with a low income. They have come under fire for charging the same fees as larger emergency departments when their running costs are significantly smaller. Despite the backlash, Nichols says the difference isn’t always obvious to the patients themselves.

“The general public doesn’t distinguish a free-standing emergency department from a micro-hospital,” Nichols admits. “That’s the challenge; getting it out there that we can take care of a lot of things here, even things that need to be admitted.”

Most of those patients are walk-ins – the centre is equipped to take ambulance admissions, but rarely does.

“We’ve had heart attacks, we’ve had gunshots walk in, we’ve had active labour patients, but overall our acuity level is relatively lower than a big facility. The people are more of the emergent and semi-emergent crowd: shortness of breath, emphysema-type exacerbations, we see a lot of chest pain,” Nichols elaborates.

The lower acuity and volume are two big factors in creating the relatively peaceful environment in which Nichols now works. That’s certainly better in terms of stress levels among patients and medical staff: when they’re not in a rush, physicians can spend enough time with each patient to build trust and answer questions. Patients leave feeling reassured and better informed, and gradually a sense of community and a regular patient base is formed. But it does raise the question as to whether ER doctors and nurses can keep their skills sharp when they are not regularly dealing with major trauma cases.

A lot of micro-hospital doctors come to the job in a similar way to Nichols: they’ve put in their time in highpressure urban healthcare systems and, while they aren’t ready to retire, they’re looking for something less intense. They have no lack of prior experience, but the medical community has raised concerns that older doctors may be less likely to keep their skills and knowledge fresh as progress marches on.

The American Board of Emergency Medicine requires doctors to be recertified every ten years. For those who are concerned about deteriorating skills, there are labs and refresher courses as well as opportunities for part-time work as an attending physician at a larger teaching hospital. But the bare-bones staffing set-up at a micro-hospital means that, no matter how infrequently they see acute cases, each physician must be ready to take on whatever walks through the door without specialist back-up.

“The lab tech is not just lab tech, but he or she may be doing an EKG, they may be cleaning a room, they may be placing a patient, they may be doing vital signs in anticipation of the nurses who do the triage,” Nichols says. “I’ve not put anybody on a ventilator since I’ve been in Aubrey, but that doesn’t mean I wouldn’t have to do it tomorrow.”

The micro-hospital can handle anything from colds and minor traumas to broken bones and heart attacks. Patients who can’t be fully treated at the facility are stabilised and transferred to a larger hospital within the same healthcare system. For BEMC Aubrey, this is the Baylor Scott and White network, which includes ten hospitals within ten miles of Dallas.

Nichols acknowledges that microhospital work is more suited to doctors and nurses with several decades behind them, but stresses that “this doesn’t just attract burned-out physicians. I have a new physician starting that we want to be orienting this week, and she is straight out of residence.”

While he still sees a traditional emergency department as a place for young doctors to cut their teeth, Nichols says larger healthcare systems could take a leaf out of the microhospital book to attract more young blood to emergency room work.

“A lot of medical students and future doctors are going into this looking at lifestyle – they’re going into radiology and dermatology, and the subspecialty fields where they envision a nine-tofive job and every weekend off,” Nichols says.

After volume and acuity, one of Nichols’ biggest stressors in his time as the chief of staff at a mainstream hospital was the bureaucracy. Decisions on staffing or new pharmaceuticals had to wait for infrequently scheduled meetings of various committees and slow progress up a long chain of administrators. At Aubrey, Nichols is the president of the medical executive committee, and things are more streamlined.

“Here, we can call an ad-hoc meeting anytime it’s needed. We can get a new physician credentialed in a matter of days – not weeks or months,” he explains.

The efficiency has an obvious appeal to patients, although Nichols says, with a rueful laugh, that “if people do wait over ten or 15 minutes, we do hear about it.”

And the catchment area is growing. Just south of Aubrey is the city of Frisco, part of the sprawling Dallas-Fort Worth metroplex, which is experiencing a tech boom and a population spike to match. But although each facility bears the brand of a nationwide healthcare chain, Nichols says the community focus is what really makes the micro-hospital concept tick.

“For a lot of people in the Aubrey area, we’re their doctor,” he says. “We’ve plans to get even larger, but that smaller, more intimate delivery of care has to be replicable and applicable across the board. You can’t grow so fast that you become just another brand.”

The regulatory landscape in Texas, Arizona, Nevada and Colorado has given small facilities there a big advantage – those states don’t require a complex application process to justify adding more hospital beds. Provider Mercy Health System has also applied for permission to build a micro-hospital in Illinois, where the process is a lot more involved. Whether or not that venture is eventually approved, Nichols sees a lot of potential in the micro-hospital concept.

“I think it’s a model that could work internationally if it’s incorporated appropriately,” he says. “Going forward, I think it’s the only viable bridge between the huge facilities and community medicine that there will be.”

Dr James Nichols attended UT Southwestern Medical School and finished emergency medicine residency at Carolinas Medical Center in Charlotte, North Carolina. He has been in clinical practice in the hospital setting for the past 23 years, and has been board certified since 1995 in emergency medicine. 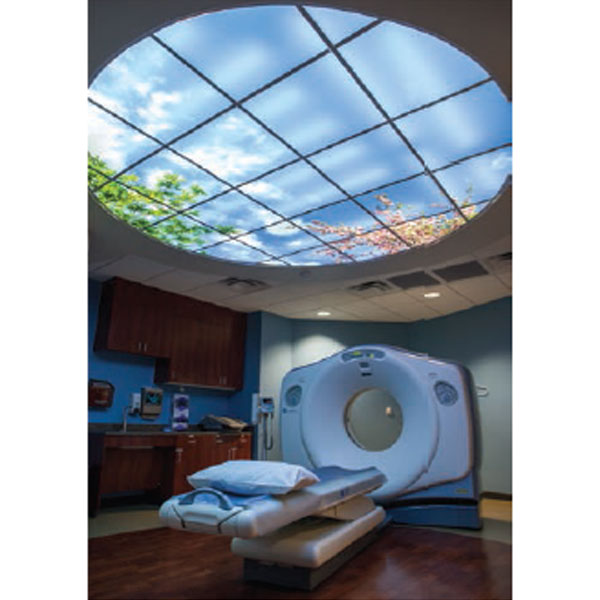 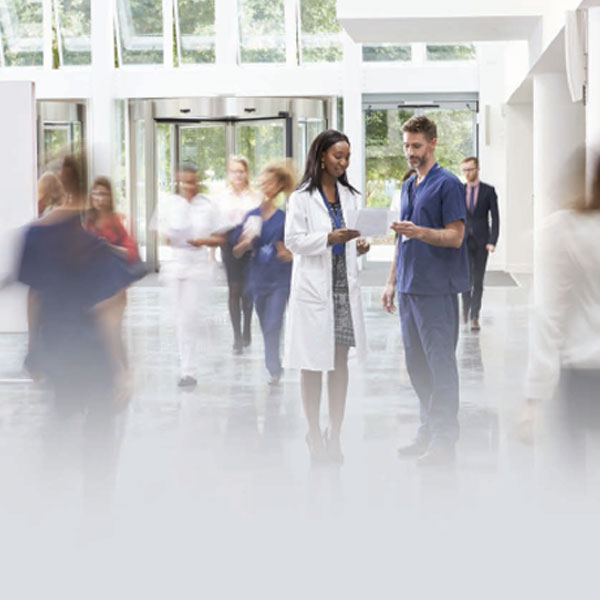 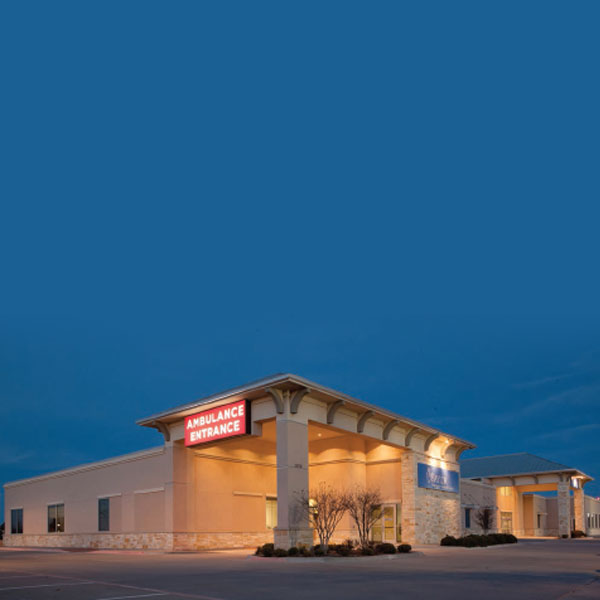 Most micro-hospital patients are walk-ins, but those at Baylor are prepared for every eventuality; including ambulance admissions.
Post to: