Skin in the game

Scientists have designed a new method for post-operative wound closing and healing that is fast and effective. It revolves around engineered ‘cell sheets’, layers of skin-based cells. The procedure results in a wound dressing that is custom-made for a specific cut or lesion that can be used to effectively treat open skin areas after surgeries. Dave Callaghan speaks to Junji Fukuda, a professor at the Faculty of Engineering at Yokohama National University, about the potential applications.

Surgeons and their theatre teams have long faced the problem of how to close open wounds quickly to avoid post-operative complications. There are often issues such as inflammation, tissues sticking together or occlusion of blood vessels, which prevent healing from taking place.

Now, however, scientists at Yokahoma National University in Japan have recently developed a technique that may provide a way to overcome these difficulties.

They have produced ‘tailored cell sheets’ or layers of skin-based cells, which are moulded to fit the particular wound or lesion created by the surgery. Unlike previous attempts to do this, it can work on curved areas of the body – such as the middle ear and intestine – and not just flat areas.

So far, the method has only been tested on mice, but there are plans to try it on larger animals and eventually adapt it for use on humans.

As good as gold

In simple terms, the procedure is a 3D cell sheet transferred to the surgery site. “We start out with a scan of the surgical site, then design and print a 3D mould of the surface that needs be covered,” explains Junji Fukuda, a professor in the Faculty of Engineering at Yokohama National University in Japan, who led the research. “This surface is then coated with thin layer of gold before cells are seeded and grown on the gold-plated mould. The gold cover speeds up the removal of the layer of cells that created the cell sheet, by using our original electrochemical approach.”

Technology using microstereolithography helps to create the mould before it is coated with a gold plating. It was found that conventional cyanide-based gold plating was unsuitable as it damaged almost all the cells. So, instead, a non-cyanide electroless gold plating was used, which was cytocompatible.

A new method using magnetic resonance imaging is being considered by the research team, as a possible enhancement on current techniques. It may give them an improved mould formation when they test the cell sheets on larger animals, where the wounds may have arbitrary shapes.

The decision on which part of the body to take the cells from is based on where they are needed. “For instance, you can take cells from mucous membrane lining in the mouth to treat the epithelial layer of the oesophagus,” says Fukuda.

In terms of the equipment that is needed to perform the procedure, a 3D printer (to tailor a mould), a gold-plating bath (to cover the mould surface with gold) and a potentiostat (to apply an electrical potential to transfer a cell sheet from the mould to a surgery site) are all essential items.

Also, most hospitals could cope with the demands of cell sheet dressings. “It will be possible to prepare ready-to-use cell sheets outside of a hospital,” says Fukuda. The potential necessary for transferring a cell sheet is about 1.0V, which is less than a typical dry-cell battery.

Quick and easy to apply

The apparatus that transfers a cell sheet into the body is deceptively simple. “There is no need to install any special equipment to a hospital,” says Fukuda. “We expect that it will be more like cultured skin.”

The procedure itself would be relatively quick to carry out. “It takes only 10 minutes to transfer a cell sheet from a mould to a surgery site,” explains Fukuda. “Although preparations of a mould and cell sheet take a few hours and a few days respectively.” The cell sheet technique could have a variety of applications.

Experiments were carried out by Fukuda and his colleagues by electrochemically detaching 3D cell sheets from the gold-plated moulds, and then transferring them into a subcutaneous pocket in the dorsal skin of mice.

All the experiments were approved by the Animal Care and Use Committee of Yokohama National University. Seven-week-old mice were used for the procedures, and they were anesthetised before the procedures.

Cell sheet engineering was proposed more than 10 years ago, and was successful in clinical trials for the treatment of the oesophagus, periodontal tissue, heart and cornea. A technique using a two-dimensional cell sheet and a thermo-responsive polymer was used, and it took 40–60 minutes to prepare. The problem was that the cell sheet could shrink and collapse in that time.

The procedure had to be carried out at a low temperature and a polymer supporter had to be used. It was also only really effective on flat areas.

A research team from Tokyo Women’s Medical University used this technique to successfully transplant cell sheets to treat an oesophageal ulcer in an 80-year-old man in 2014, following endoscopic submucosal dissection. The cell sheets managed to prevent any oesophageal stricture.

Fukuda is modest when describing the technique. “We usually don’t use the word ‘breakthrough’,” says Fukuda. “Almost all research is conducted based on lots of previous research. A lot of effort has already been dedicated to developing a new treatment with cell sheets.”

The key element of the current study is the electrochemical approach to directly transplant tailor-made cell sheets with suitable configurations.

“We hope to prove that this is beneficial to the treatment of post-operative adhesion and occlusion,” says Fukuda. “Our ultimate goal is to integrate this approach to endoscopic surgery.”

Ultimately, the intention is to try this new form of cell sheet engineering on humans, but Fukuda is realistic about this. “[There is] no plan yet,” says Fukuda. “We need to find a surgeon who will collaborate with us since we are in an engineering department.”

If the next step can be taken and the scientists are able to prove this technology can work effectively on larger animals, and there doesn’t appear to be any reason why they shouldn’t, then we will be getting close to a solution to some post-operative wound problems.

Surgeons around the world will be excited to hear that there is a possible answer to the difficult issues they face, trying to close the sometimes large lesions left by an operation.

Tissues adhering to each other, inflammation of the surrounding area and occlusion of blood vessels are all serious medical challenges faced by clinicians as they try to ensure patients recover from an operation.

There is also, of course, the risk of infection the longer a wound is exposed without being covered, so a cell sheet can be a vital shield against the risk of bacteria getting in and causing unwanted complications so soon after a procedure.

It is known from previous clinical trials using slightly different methods that cell sheets can work on the human body, so there is a clear way forward for the scientists using the new ‘3D model’. There is a higher risk of the sheets not being accepted, as the curvature of the site makes it more challenging to achieve a successful acceptance. But the signs from the first clinical trials are promising, and there appears to be every reason to be optimistic that the adhesion should be binding.

The tailored 3D cell sheets may well present the solution many surgeons and theatre teams have been waiting for. They may not be suitable or be effective on all wound sites, and to hope they would be is probably too ambitious, but they maybe extremely useful on many parts of the body.

It is a massive step forward, despite the modesty of the scientists involved, to be able to use the cell sheets on areas of the anatomy that are curved. Previously, they could only be applied to flat surfaces, and that was very limiting to say the least.

A form of cell sheet technology that is available to hospital theatre teams to use routinely is likely a year or two away. However, we appear to be on the right path towards that outcome, and this recent development of a 3D model of tailored cell sheets is a big step in the right direction.

It is now imperative to continue to drive progress in this area, which will include refining the technique and testing it further, before it is ready to use. Not only will theatre teams be grateful once this technique arrives, but patients will also appreciate the enhanced experience they receive following an operation. They will be able to see their wounds heal far more quickly and hopefully, without any complications.

When discussing tissue regenerative medicine, the main focus is on defective cell-dense tissues – such as cardiac muscle – or liver and kidney tissues, which are unable to regenerate and to heal by themselves.

Over the past 20 years, a unique technology to tackle the problem of material/tissue compatibility has been used. Autologous cells are grown and collected as a contiguous sheet of cells along with their natural extracellular matrix (ECM). This is a central aspect asset of cell sheet technology (CST).

In CST, cell sheets are collected without breaking them, keeping their naturally formed networks intact, without the use of proteolytic enzyme treatment or the use of instruments to detach the sheet from the surface.

Cell sheets are spontaneously detached and harvested from a thermoresponsive polymer, poly (N-isopropylacrylamide) (PIPAAm) polymer. PIPAAm is a non-ionic polymer that shows phase separation in water, when heated above a critical temperature, the so-called lower critical solution temperature (LCST).

This phenomenon is closely connected to the hydrophobicity of isopropyl side groups and makes the surface of PIPAAm capable of changing its cell adhesive properties as a function of temperature stimuli changes.

At a temperature that is higher than the LCST of PIAPPAm, 32°C, surfaces are hydrophobic and therefore suitable for cell adhesion. At temperatures lower than LCST, the surface becomes hydrophilic, inhibiting cell adhesion and making the cell sheets detachable. Cell sheets are usually collected and transplanted to a defective tissue in vivo – for example, to the defective tissue of a patient. The success of clinical applications using CST provides a strong argument for its wide use in the field of regenerative medicine. 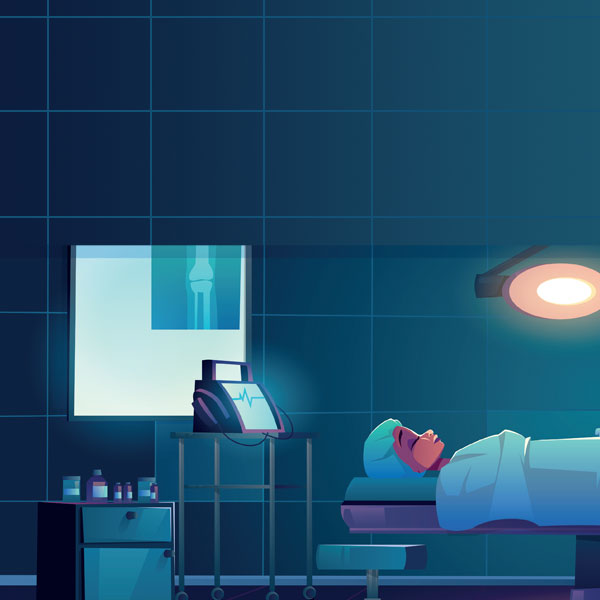 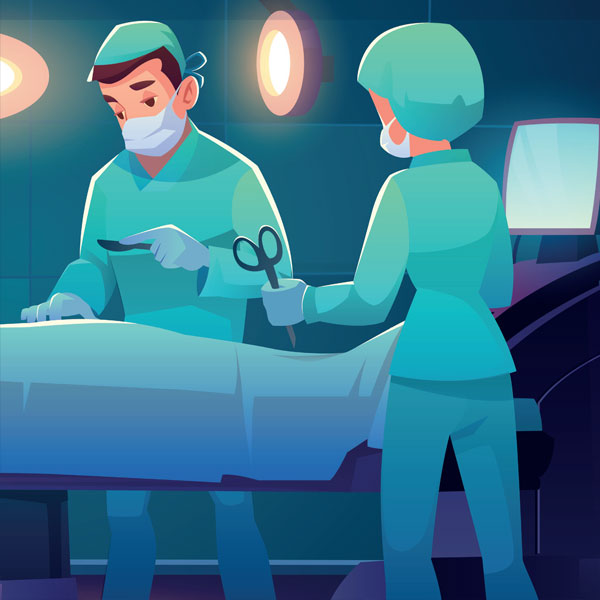