Sharpshooter: the potential of translational bioinformatics

Researchers at London’s Imperial College have made a breakthrough that could transform the way in which cancer is diagnosed. Using a new translational bioinformatics platform to interpret mass spectrometry images, the group is able to analyse tumours in more detail than ever before. Dr Kirill A Veselkov, co-author of the study, tells Jack Wittels about the workings behind this new technology, and its potential to provide a novel approach to cancer identification and treatment.

Based on methods developed in the 19th century, the staining processes currently used to analyse patient tissue samples remain stubbornly difficult to interpret, even for the most expert histopathologists. There are also only a finite number of tests that can be performed on a sample before a new one is required, results often take weeks to come back from the lab, and the whole process is painfully expensive.

But, though interpretative difficulties and seemingly exorbitant time delays and prices are frustrating for patients and hospitals alike, the most pertinent problem with histological staining is the lack of molecular detail it provides.

This is simply not detailed enough. The complexity of cancer's biological make-up, which includes multiple cell types and pathways, demands a diagnosis that provides a complete molecular picture. Only then can the most specific, effective treatments be administered to patients.

At Imperial College London, UK, Dr Kirill A Veselkov has recently made a breakthrough that could finally make this detailed level of diagnosis a reality. Funded by the college's Junior Research Fellowship, the European Research Council and the National Institute for Health Research biomedical research centre, his team has been working on the use of mass spectrometry imaging (MSI) to analyse cancer.

"MSI can diagnose cancer based on molecular composition, rather than cell morphology," Veselkov explains. "At the moment, the tissue diagnosis given by pathologists only indicates the types of cell that are proliferating, as well as the histological grade and some other features of the tumour. Also, the so-called advanced staining tests look just for the presence or expression of specific oncogenes and genetic mutations, providing very limited information.

"The results should be straightforward enough for an ordinary clinician to understand. You will no longer need an expert in histopathology to read them."

"But by studying the distribution of hundreds to thousands of molecules, MSI will eventually be able to provide the necessary molecular diagnostics and prognostics for biologically orientated personalised cancer treatments."

First developed in 1962, MSI involves the ionisation of a biological sample over a predefined array of coordinates. This then generates a mass spectrum, allowing scientists to map the spatial distribution of the molecules within a given section.

Once processed, this information can be used to identify what is going on inside a sample at the molecular level. More detailed than a purely morphological approach and unrestricted to specific molecule types, MSI has the potential to revolutionise the diagnosis and treatment of cancer.

"At each tissue location, you measure hundreds to thousands of different molecules, which gives you a kind of chemical map," says Veselkov. "Since cancer cells have quite a unique molecular composition - their cell-wall structure, for example, is completely different - you can reliably use this chemical map to identify them. It's a lot more sensitive and precise than just looking at the morphology."

But if MSI really has the diagnostic abilities Veselkov claims, why has nobody thought to use it until now? It is certainly not a case of the technology languishing in obscurity; MSI is often used in clinical drug distribution studies, as well as in forensic and materials science.

The answer lies in the sheer amount of information produced by the MSI process. According to Veselkov, the file for just a single tissue section sample can contain a staggering 40GB of raw data. This information is also difficult to interpret, and with current software packages limited to low-level pattern recognition and pre-processing, often involving simply browsing through selected ion images, MSI data analysis is an extremely time-consuming process, and nigh on impossible to perform on the scale required for effective cancer diagnosis in a clinical setting.

Veselkov's breakthrough has been to create a new translation bioinformatics platform - an innovative data analysis system that allows the "intuitive mining of MSI data" using interactive analysis and data-set visualisation.

Not only does this let scientists build up a detailed characterisation of a tumour's micro-environmental biochemistry, the software is also significantly quicker than its predecessors.

"Mass spectrometry-based tissue identification systems for digital pathology require a so-called training phase. This is when the computer algorithm learns the chemical patterns of the shades in the different tissue types," Veselkov explains.

"However, we have developed a framework to process MSI data for digital pathologies in a matter of seconds. And, on top of that, the new machine learning algorithms are much better at using biochemical information to discriminate between tissue types."

The result is a significantly more accurate cancer diagnosis that takes no more than two hours - a startling leap forward from the weeks often waited for histological examination results.

But the real success is still to come for Veselkov and his team. The new translational bioinformatics platform can co-register MSI molecular data with conventional histopathological information, allowing the construction of a large-scale molecular database composed of regional specific cancer biomarkers. As it grows over the months and years to come, this body of information will be used to advance cancer prognosis accuracy and therapeutic outcomes. It will also make possible a next-generation, fully automated approach to histology, based entirely on ion patterns.

"Automation is certainly the ultimate aim," Veselkov says. "Once the database has been compiled, the results should be straightforward enough for an ordinary clinician to understand. You will no longer need an expert in histopathology to read them."

"MSI will eventually be able to provide the necessary molecular diagnostics and prognostics for biologically orientated personalised cancer treatments."

Were this to happen, the logistical and financial burdens on existing pathological services would reduce significantly. Automation could also usher in a new era of quality control by minimising inter-observer variability.

So far, the study's results show a 95% accuracy rate in using MSI to detect colorectal and gastric cancers. The technology has also proved capable of distinguishing between slow and more aggressive tumours - Veselkov identified a specific set of metabolites in colorectal cancer that separated the two.

But, while impressive, this is still only the beginning for MSI. The technology will ultimately push scientists beyond classifying patients by tumour growth type. Instead, it allows stratification based on a tumour's metabolic or protein phenotype. The potential ramifications of this new approach are little short of astonishing.

"MSI lets you study how many different subtypes of tumour there are within one tumour type," Veselkov explains. "That will be a big advantage for the combinatorial drug therapies currently under development. In terms of prognosticated clinical outcome, I believe it will far outperform all existing tests."

As well as its huge potential for future combinatorial drug development, Veselkov's study claims MSI allows chemotherapeutic agents and/or their downstream metabolites to be compartmentally assessed on distribution and biochemical influence within different tissue regions. This should offer fresh insights into existing anticancer drug efficacy.

Veselkov is confident MSI can be used to diagnose all tumour types, though each will require individual validation. He also believes that because every tumour type has a distinctive set of molecular characteristics, unique sets of cancer biomarkers will be established for each one. Perhaps most encouragingly of all, though, he foresees an eventual amalgamation of MSI with other diagnostic techniques.

"It can be fused with other advanced staining methods and with genetic and immunohistochemistry tests to potentially provide an all-in-one tissue analysis," he says. "By collecting both MSI and advanced staining data sets from a representative group of patients, it's possible to derive a combination of molecular markers that can accurately forecast alterations in individual genes or proteins. Once established, models can be used to make these predictions using only MS data in an independent patient cohort."

The Imperial team hopes MSI will be applied in clinical settings within three to five years. Getting there, however, will require some hurdle-jumping. Though the equipment they are currently using is producing "reasonably good" data, Veselkov believes the technique's complexity will necessitate some improvements in instrument-to-instrument reproducibility before everything is ready.

"We're currently designing some new equipment to meet that need," he says. "Also, on the data interrogation and bioinformatics side of things, we will require some additional information about different tumour types, genetic and clinical laboratory tests, and patient details to deliver the system. It's still early days.

"The other major obstacle could come from histopathologists," he adds. "They might be against this technology because, ultimately, it will cost them their jobs."

One would hope that Veselkov's final concern poses no real threat. Cancer was responsible for the deaths of over 1.75 million people in Europe in 2012 - a statistic from the World Health Organization that does not even include non-melanoma skin cancer mortalities. If MSI has the potential to bring this number down, and this study strongly suggests that it does, no force on Earth should be allowed to halt its progress. 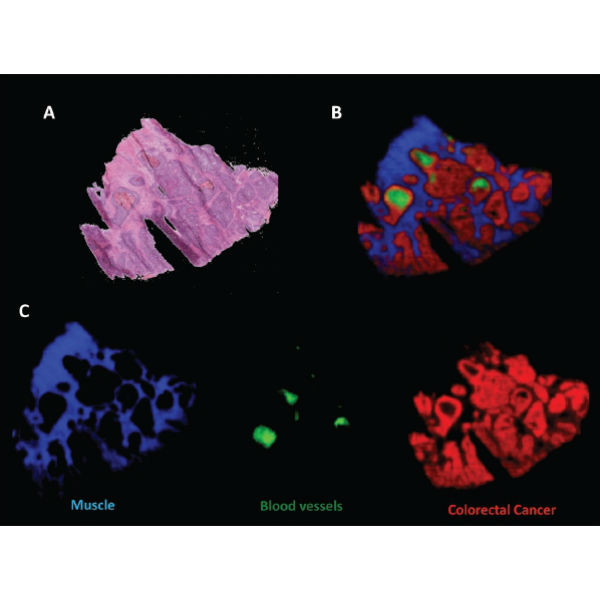 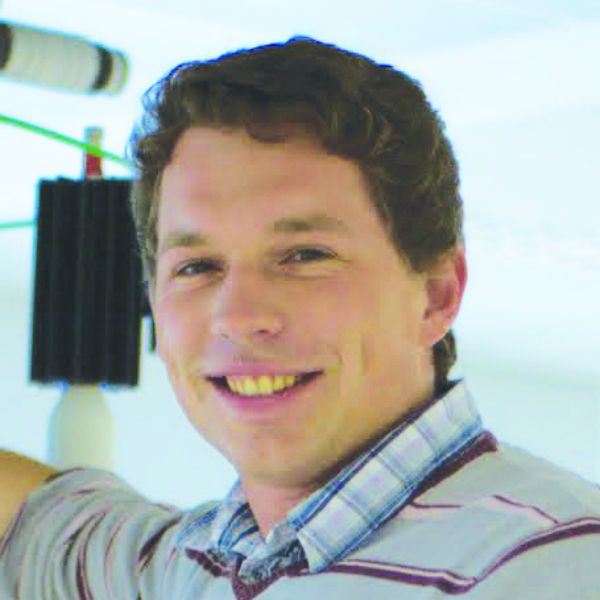