Despite efforts to improve chemotherapy and surgery, ovarian cancer prognosis is still poor because diagnosis often occurs too late for treatment to be effective. Natalie Healey talks to Ian Jacobs, principal investigator of the UK’s Collaborative Trial of Ovarian Cancer Screening (UKCTOCS) about the pros and cons of developing a national screening programme for the disease.

Often called 'the silent killer', ovarian cancer claims the lives of 4,400 women each year in the UK alone. Those diagnosed in the very early stages of the disease have an excellent chance of survival, but prognosis plummets if the cancer is detected at a later phase.

Because there are no initial symptoms, 70% of women with malignant ovarian tumours are diagnosed with advanced-stage disease and, of these, fewer than 40% of patients survive five years. An effective screening programme to spot the signs in time is the holy grail. But, unlike for breast and cervical cancers, such a strategy does not yet exist, because no previous effort has proven accurate enough for use in the general population.

Professor Ian Jacobs, vice-president of medicine and health at the University of Manchester, has spent the majority of his career researching women's cancers. As principal investigator of the UK's Collaborative Trial of Ovarian Cancer Screening (UKCTOCS), an 11-year project investigating the implications of ovarian cancer screening to postmenopausal women, he's trying to ascertain whether the benefits of such a programme will outweigh the costs.

"Early cancers in the ovaries are deep in the pelvis, and because of that they don't cause symptoms at the initial stages," Jacobs explains. "If they do, these tend to be quite vague and so can be misdiagnosed. Most women with ovarian cancer don't get any reliable symptoms so they don't present with the cancer to a doctor until it's at quite an advanced stage, when prognosis is poor."

Determining whether screening could prevent women dying in these circumstances is the rationale behind UKCTOCS, and the researchers want to find out which methods of screening are the most valuable. The trial began in 2001, when Jacobs and colleagues recruited 202,638 postmenopausal women to take part in the long-term study, screening volunteers until the end of 2012, who will be followed until the end of this year.

"The 2009 results suggested both methods were able to spot preclinical symptoms in the majority of women who developed ovarian cancer."

The volunteers were randomly assigned to one of three groups, including a control arm, which contained half the total participants, who received no treatment but were followed for the duration of the trial. The women in the second set had "multimodal screening", where they initially underwent an annual blood test for a biomarker called cancer antigen 125 (CA125). If this was positive, they were referred for a transvaginal ultrasound scan as a second-line assessment; this was the sole method of screening for the final group. In the two screening arms, participants with repeat abnormal screens underwent clinical evaluation and surgery. The final results of UKCTOCS will be available in early 2015.

There have been plenty of earlier ovarian screening efforts, but, as yet, no trials have been able to prove the methods tested would do more harm than good. The dilemma with all cancer screening programmes is that the benefits of early detection need to be balanced against potentially unnecessary treatment. This predicament is all the more prominent for ovarian cancer because, although it's the fourth most common cause of death from cancer among women, it affects only about 1% of them. Due to its relative rarity, a major problem with past trials was the appearance of an unacceptable number of false positives, which led to perfectly healthy women being referred for invasive surgery they did not require, occasionally with fatal consequences.

"Early studies using just transabdominal ultrasound back in the 1980s often resulted in about 50 false positives per ovarian cancer case suspected," says Jacobs. "This meant a lot of women were having unnecessary surgery. Some women, though not many, died from complications, even though they did not have cancer in the first place."

He says we're much better equipped these days. The ultrasound has been refined and the resolution of the machines employed is also much improved. While some previous studies used transabdominal ultrasound, clinicians now employ a transvaginal method to look for abnormalities in ovary morphology. Here, a hand-held device is inserted directly into the vagina, close to the pelvic structures, where it produces a less distorted image than can be obtained through transabdominal ultrasound, where the probe is located externally.

The blood test used in UKCTOCS has been enhanced too. CA125 is a tumour protein produced by some ovarian cancer cells and can be detected using a simple ELISA assay. Elevated levels (over 35U/ml) of the protein in a woman's blood used to be associated with the disease, but benign conditions such as endometriosis and fibroids can also result in a raised concentration of the biomarker, leading to false positives.

Additionally, not all women with ovarian cancer will present high CA125 levels. Researchers now believe that it's not the amount of tumour marker in the blood that's important; it's how levels of the protein fluctuate. So to personalise the blood test for each woman, Jacobs used a statistical calculation called the Risk of Ovarian Cancer Algorithm (ROCA), which takes into account the pattern of a woman's CA125 levels over time, to predict her chances of acquiring the condition.

"It turns out that if a woman has a high level of CA125 but it stays flat over time or falls, her risk of ovarian cancer is very low. If CA125 levels are low, but rise over time, that's what we now know suggests ovarian cancer," he says. "So if a woman had a level of 12, but it got up to 25, that would have been regarded as a negative using the old method. Whereas now, it would trigger a follow-up with ultrasound scan."

ROCA could call into question disappointing results from similar large-scale trials that failed to suggest any value in implementing a screening programme for the general public. An 18-year trial conducted by the US National Cancer Institute as part of the Prostate, Lung, Colorectal and Ovarian Cancer Screening Trial (PLCO) concluded that screening did not reduce ovarian cancer deaths, and resulted in an unacceptable amount of false positives and unnecessary surgery. However, in this study, CA125 blood tests were performed using the 35U/ml cut-off point but not the algorithm, suggesting UKCTOCS could reveal very different results next year.

The advances in CA125 testing gained by using ROCA were reflected in preliminary UKCTOCS results, published in The Lancet Oncology in 2009. The initial data indicated that the specificity of multimodal screening was greater than that of transvaginal ultrasound and resulted in almost nine times fewer false positives and, consequently, lower rates of repeat testing and surgery. The researchers suggest the higher number of false positives in the ultrasound group could be attributed to women who had benign ovarian cysts that were detected by the equipment.

Jacobs says: "From our preliminary results, it looks like if you use the blood test first with the risk of ovarian cancer algorithm followed by ultrasound, you end up with just two or three false positives per case of ovarian cancer detected, which is well within the acceptable range. So that's one of the problems we think we're overcoming now."

"There are so many women around the world suffering that it would be wonderful to do something to relieve that."

But the predominant challenge for Jacobs and his team is to determine whether screening allows the cancer to be picked up at an early enough stage for treatment to be effective.

So far, the evidence looks promising. The 2009 results suggested that both methods were able to spot preclinical symptoms in the majority of women who developed ovarian cancer. And, encouragingly, around half (48.3%) of the cancers detected were stages I or II of the disease, indicating that early detection could be possible with these techniques.

"Our published data so far suggests that, when using ultrasound alone in screenings, the proportion of cases we've predicted are 75-80%. Using a blood test as the first-line test, the proportion of cases we can pick up before symptoms emerge is more like 85-90%, which is pretty good," he says. "But it's important to emphasise that, until we've got the full results of our randomised trial, we won't know whether we're picking up the cancers early enough to save women's lives."

Saving lives is clearly the crucial factor but it's not the only aspect Jacobs and his team have to consider. If UKCTOCS is found to reduce mortality from ovarian cancer, will it be enough to offset the associated psychological implications? In order to determine the emotional upshot, UKCTOCS also includes one of the largest psychosocial studies ever conducted.

Surveys of women who'd had an ultrasound scan and a blood test at the screening, but who'd also experienced a mammogram and a cervical smear in their lifetimes, allowed the researchers to assess which methods were most acceptable to the volunteers. Results indicated women's acceptance of ultrasound is equal to that of mammograms
and smears, but is even higher for the CA125 blood test. Additionally, most of the volunteers recruited for UKCTOCS came back year on year to have repeat tests, demonstrating good compliance.

"If we show there is a reduction in the number of deaths, it doesn't seem likely that the psychological consequences of screening would be a major obstacle, but it's something we're watching very closely," says Jacobs.

Another obvious obstacle is the cost of the process, but, in terms of health economics, it doesn't look like that's going to be too problematic for UKCTOCS, as long as the trial proves beneficial. The CA125 blood test can be performed cheaply and in large numbers. And even with the addition of the ultrasound, Jacobs doubts the cost of screening would be beyond the limit NICE guidelines suggest per year of life saved. However, this is a moot point until it can be determined that screening really will reduce mortality.

And, while preliminary studies show potential, Jacobs is clear that he doesn't want to give anyone false hope. He is reluctant to predict what the final outcome of UKCTOCS might be, despite desperately hoping it will be positive. Until the results are released in 2015, no one will know for sure whether a screening strategy like this one will reduce ovarian cancer deaths.

"It's really hard to predict," he says. "I'm optimistic but I wouldn't have been doing this for 30 years if I wasn't. At the same time, it's frustrating to have to wait and see. There are so many women around the world suffering that it would be wonderful to do something to relieve that. Introducing a national screening programme alongside breast and cervical cancers really is the dream." 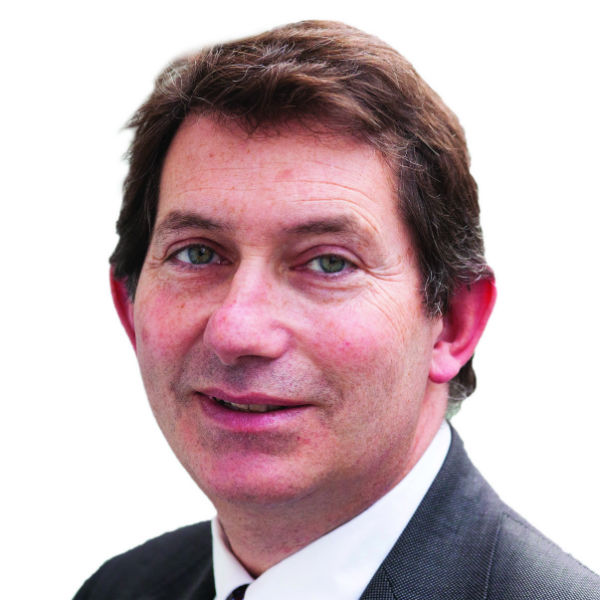