The first large-scale radiation dose management repository for patients undergoing CT scans is under way in the US. Abi Millar speaks to Dr Mary Reich Cooper, senior vice-president of clinical services at the Connecticut Hospital Association, and Dennis Durmis, head of commercial operations for radiology Americas at Bayer, about this project and how it will help to shape patient care.

The risks associated with CT scans have been well documented. Typically, patients receiving a scan will be exposed to one to ten millisieverts (mSv) of radiation, which is enough to raise their likelihood of cancer. According to the US FDA, for every 2,000 patients who receive a CT scan with an effective dose of 10mSv, one of them will die from a cancer they would not have developed. There is a clear need to reduce the harm as much as possible, in order to ensure that no unnecessary procedures are performed and that the dose applied remains as low as possible.

While this much is gospel in radiology departments, what is often overlooked is the effect of cumulative radiation exposure. Many patients, especially those with chronic conditions, are likely to receive multiple CT scans over the course of their illness, with troubling implications. In one 2009 study involving 31,462 patients, who had received a diagnostic CT scan in 2007, 33% of the cohort had undergone five or more scans during their lifetimes. One patient had received a staggering 132 scans.

The authors of the paper concluded, “Cumulative CT radiation exposure added incrementally to baseline cancer risk in the cohort. While most patients accrue low radiation-induced cancer risks, a subgroup is potentially at higher risk due to recurrent CT imaging.”

It stands to reason that patients and their physicians would want to keep track of their total dosage. This could help them develop a clearer picture of their true cancer risk, and perhaps alter their desired course of action. “If a patient walks into a hospital with a head injury, what we’d hope is that they’d be able to whip out their phone and look at their overall radiation exposure,” says Dr Mary Reich Cooper, senior vice-president of clinical services at the Connecticut Hospital Association (CHA). “Maybe they play sports every weekend, so they’re in hospital with a concussion more than others. If they’d already received a lot of radiation, they might ask whether there is another way of checking for pathologies.”

While this ambition is not a reality yet, it may not be too far away. The CHA, in partnership with Bayer, is rolling out the US’s first large-scale radiation dose management repository. The repository will help hospitals keep track of how much radiation is administered and understand how they might change protocols to minimise exposure. Ultimately, it should also help patients monitor their own radiation.

“As patients continue to have more influence over the physicians they go to and what therapies they want, they are starting to look at where and how they have procedures done,” states Dennis Durmis, head of commercial operations for Bayer’s radiology Americas division. “We believe we’re in a really good position to take the lead in this area.”

The idea for the repository came about several years ago, just as radiation overuse was becoming a hot topic. “About seven or eight years ago, there were several radiation mishaps where machines were not accurately calibrated because of a breakdown in technician training,” says Cooper. “People received far more radiation than they should have and they noticed there were some side effects. That brought everyones’ attention to the importance of looking at how much radiation people were getting each time.”

The CHA, which represents 27 hospitals across Connecticut, began to evaluate vendors that could help them build a repository. Following a year-long vendor selection process, it settled upon Bayer, which offered the best solution that matched its purposes.

“The repository will allow hospitals to automatically upload how much radiation was used, what type of procedure was performed and what type of scanner was being used, so they can compare that across the state,” says Durmis. “They can find out what hospitals are administering the lowest dose, the ones that are administering the highest dose, and begin to understand why. Is the highest dose giving them a better image quality or are they administering radiation doses at a higher level than they need to?”

Bayer’s software, Radimetrics, is a radiation and contrast dose management and analytics tool, designed to help radiologists establish imaging protocols. It has the advantage of being original equipment manufacturer neutral, meaning it can work with every type of equipment in a facility. It is also capable of gauging radiation absorption by organ, accounting for the fact that certain organs are more sensitive. For instance, the CHA is interested in establishing protocols for head and chest CTs. These have been associated with more negative impacts down the line than other types of scan.

The tool, now installed centrally at the CHA, takes data directly from the CT scanners in participating hospitals. From here, the information is aggregated, meaning that patterns can begin to emerge. “There are 27 hospitals in all, and 25 of those have signed up to go online as soon as possible,” states Durmis. “We would hope that this is fully implemented by the end of the year, or the first or second quarter of 2018.”

Tools of the trade

As of August 2017, the CHA received over 250,000 images, with new hospitals coming online every month. “We’ve already started looking at the data and providing hospitals with their own reports, so they can look at variations among clinicians in their hospitals,” adds Cooper. “As soon as all the hospitals in our patient group across the state are sending data, then we’ll start to connect the patients’ longitudinal records.”

Broadly speaking, the tool allows physicians to determine the optimum radiation dosage for each procedure, by comparing the different protocols. They can do this internally by comparing one physician against another, or externally by analysing their own performance against other hospitals. In the long term, this could lead towards benchmarking appropriate levels of radiation dosage nationwide.

“We would like to use it in an ongoing fashion, for comparison along and within organisations, so they can reduce the variation that they see,” states Cooper. “What we’ve seen, for example, looking at data not only for Connecticut, but also for other countries, is that when one starts looking at the data, it’s a bell curve and there are outliers on both sides. So our initial intent is to narrow that bell curve and reduce the radiation given to each patient immediately.”

Once the system is fully up and running, the CHA will be able to look towards its next goal: helping patients to track their own exposure. Although nothing has been decided yet, this will likely take the form of a mobile app that will enable data to be delivered to the patient’s phone. “There are lots of large hospital systems now that allow you, as the patient, to access your patient record, and we can work flexibly with those hospitals systems and make that information readily available,” says Durmis.

While all patients could benefit from this, the app would be particularly useful for some vulnerable subgroups. Since children are more susceptible to the effects of radiation, paediatric patients would form an important user base. The same applies to patients with weakened immune systems, along with those who have chronic diseases and are likely to require a lot of scans.

Before it can reach this point, the CHA will need to address a few teething problems, particularly issues surrounding nomenclature. For the time being, the protocols do not have standardised names, meaning that a ‘head scan’ and a ‘brain scan’ would read differently in the database. “We find that without that standardised nomenclature, there’s the possibility of us comparing apples to oranges, so we’re looking at having a standardised approach across the state,” explains Cooper.

They also have another goal in their sights – providing real-time feedback to the clinicians who are ordering the tests. “We hear stories around the country, especially of patients with abdominal pain or head injuries. Because they have undiagnosed symptoms, they frequently go to different emergency rooms, and potentially have images taken over and over again,” says Cooper. “We’d like to be able to solve this problem before we get to the patient-directed longitudinal record.”

While it is still early days for the project, Cooper and Durmis are optimistic about the long-term prospects, and feel it might translate well to different states. “We’ve already had inquiries from other states, and I think that, over the next five to ten years, we’re going to see more states start to do this,” states Cooper.

“While the CHA partnership is the first of its type, we certainly see lots of interest and opportunities to have a larger registry, which would give other hospital systems access to benchmarking information,” adds Durmis. “Hospitals are becoming more interested in how they stack up against other institutions, as everyone wants to be the best and do the utmost for their patients.” 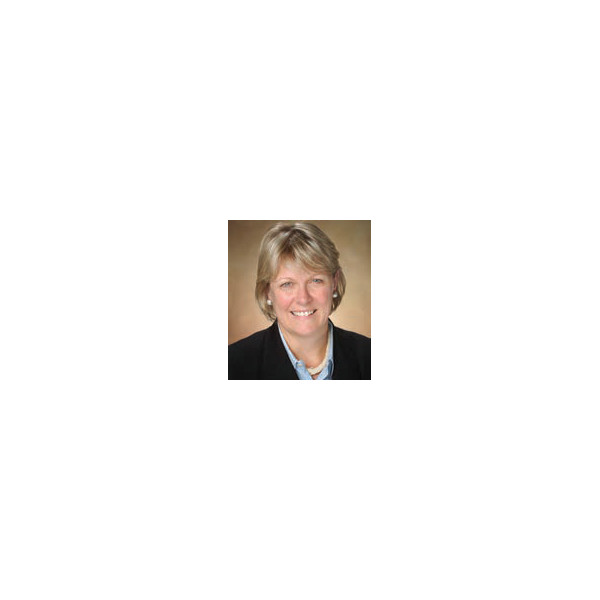 Dr Mary Reich Cooper is chief quality officer and senior vice-president for clinical services at Connecticut Hospital Association. She is an associate professor at Thomas Jefferson University in Philadelphia, Pennsylvania, where she also acts as programme director for healthcare quality and safety. 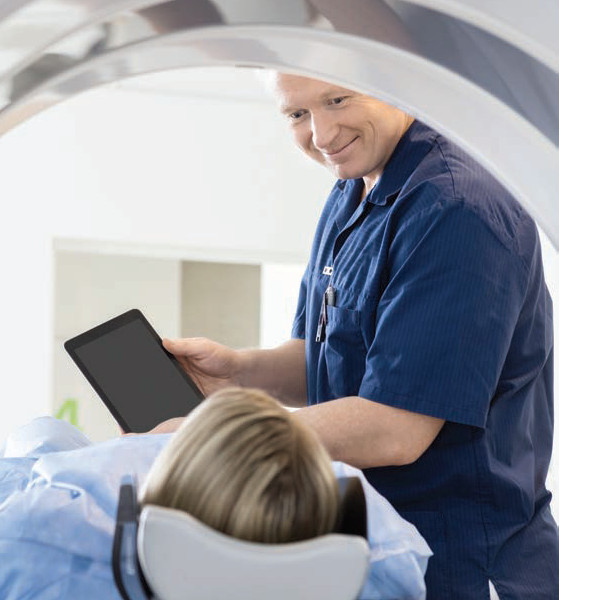 Patients with a chronic illness have multiple CT scans, with no way of monitoring their radiation levels. 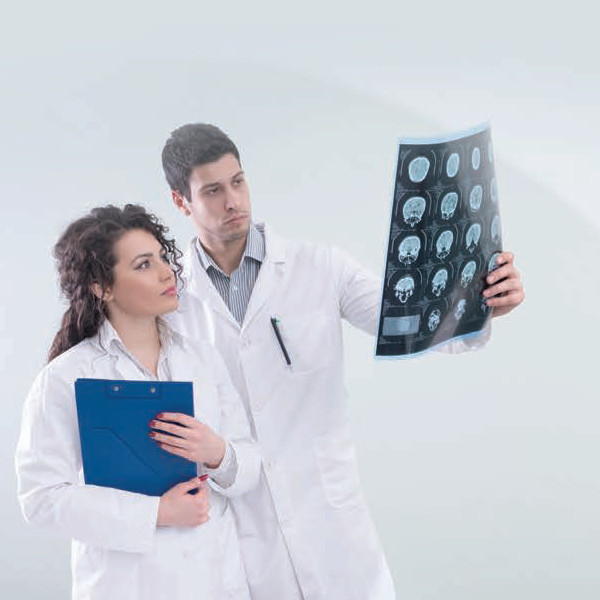 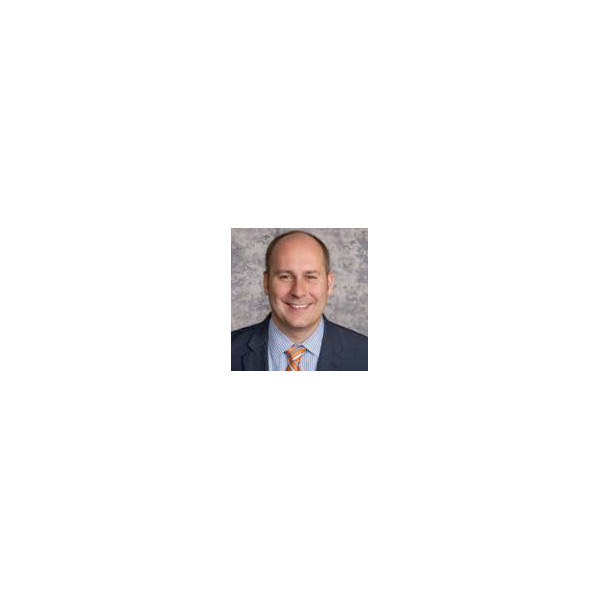 Dennis Durmis serves as head of commercial operations for radiology Americas at Bayer. He has a bachelor’s degree in electrical engineering from the University of Pittsburgh and an MBA from the Tepper School of Business at Carnegie Mellon University. 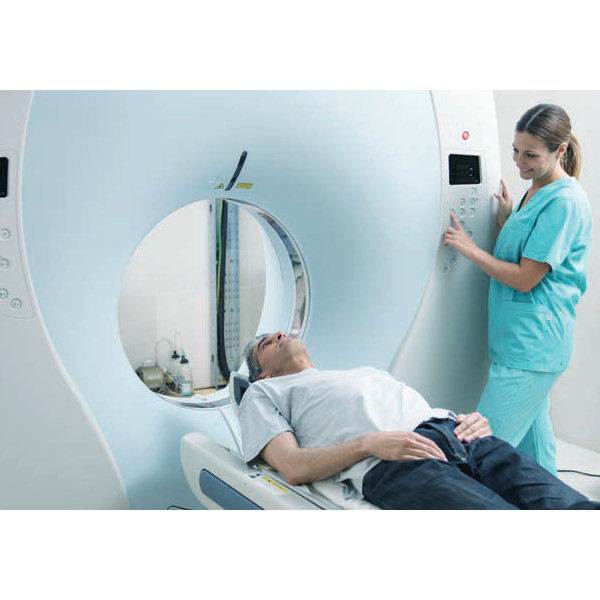 The CHA is keen to implement protocols for chest and head CTs.
Post to: