A huge number of medical devices used by hospitals are labelled as ‘single-use’. As a cost-saving measure, many hospitals rely upon ‘reprocessed’ single-use devices as a cheap, yet safe, alternative to buying expensive new equipment, but recent manufacturer efforts to halt reprocessing could lead to hiked hospital costs. Nancy Chobin, sterile processing educator and consultant at Sterile Processing University, talks about best practices when using this technique.

Following concerns regarding the safety of multiple-use devices in the 1980s, original equipment manufacturers (OEMs) began labelling their medical devices as ‘single-use’ rather than ‘reusable’. However, they didn’t make any structural changes to these medical devices, and amid escalating costs, healthcare providers realised that rather than simply discard them, the equipment could be reprocessed and made safe for use again, and again, and again.

During the subsequent 30 years, numerous medical devices have been taken apart, rigorously cleaned, thoroughly tested and resterilised before being returned to the medical market. The environmental impact of single-use devices (SUDs) was not given a second thought back in the ’80s, but with soaring costs for healthcare providers and landfill overflowing, repurposing them is now considered the responsible thing to do. In developing countries and those with limited resources, reprocessing SUDs is incredibly common; it can make healthcare affordable for those who would otherwise find the cost prohibitive and ensures there is a supply of necessary medical devices where access to them is not always guaranteed.

Reprocessing is not a new idea; historically most items in a hospital were designated as ‘reusable’. Some medical devices were made of glass, rubber and metal and were simply cleaned with a cleaning solution and wiped down before being reused; others were steam sterilised where applicable.

Some SUDs really are intended to be used only once and are therefore disposed of through hospital waste systems; others are just labelled so by the OEMs and can be safely reprocessed. A reprocessed SUD is an original device that has been used previously, and has been subjected to additional processing and manufacturing for the purpose of an additional single-use on a patient.

Disposable SUDs were introduced when the healthcare industry became concerned about devices that were used multiple times. Newly designed medical devices were also becoming increasingly complex and therefore more difficult to clean, and so SUDs became popular thanks to their convenience and ability to reduce the risk of contamination.

However, SUDs are wasteful and it can be expensive to dispose of such hospital waste, so healthcare providers felt a need to return to reusable items and to reprocess certain devices. After all, if an instrument has been properly cleaned, tested and considered functional, repackaged and sterilised, then why shouldn’t it be used again and again?

Reprocessing would originally have taken place at an in-hospital centre, but since the late 1990s, it is carried out by a registered third-party reprocessor, or occasionally the OEM. Outsourcing is advantageous to many hospitals and healthcare providers that would not otherwise be able to reprocess items adequately, or that may have downsized their own sterilisation department with the advent of SUDs. The Association of Medical Device Reprocessors (AMDR), a global trade association consisting of members of the commercial SUD reprocessing and remanufacturing industry, has described the practice as “a celebrated supply chain cost-reduction strategy for hospitals” that it says can help increase quality, reduce costs and improve patient care.

One rule for some

Not every device labelled as single-use should be reprocessed; in fact, only a small percentage actually are. Approximately 2% of all SUDs on the US market are thought to be eligible for reprocessing by a qualified third-party reprocessor, with the most popular being sequential compression device sleeves – drill bits, saws, blades and burrs; and biopsy forceps. Such medical devices are made of materials that can withstand repeated cleaning, high-level disinfection and sterilisation.

The vast majority of reprocessed SUDs are in Class II and include pulse oximeter sensors, ultrasound catheters, drills, compression sleeves and most laparoscopic equipment, for example. Other devices that are typically reprocessed include electrophysiological and ablative cardiac catheters, orthopaedic devices made of steel and titanium, and non-invasive devices like tourniquet cuffs, bed alarms and blood pressure cuffs.

Commercial reprocessing is essentially a remanufacture of the product; the device is disassembled, cleaned and tested for functionality, before being repackaged and resterilised. Only certain devices can be reprocessed, and only those submitted by a reprocessing company to the FDA may be remanufactured. A device may only be reprocessed if, once it had been remanufactured, it meets the specifications of the OEM. Reprocessed devices should be safe and reliable, otherwise they should be retired.

“The third-party companies develop proprietary protocols for each device,” explains Nancy Chobin of Sterile Processing University. “They also barcode each device and, through their testing, know how many times they can safely reprocess the device.”

$1 million
The average amount that could be saved, per hospital, on device costs annually with reprocessing.
Association of Medical Device Reprocessors

“If a facility sends back a device and it has exceeded the number of reprocessings, it is not reprocessed,” continues Chobin. “If the device fails the inspection/testing during the reprocessing, it will not be reprocessed. For example, a sequential compression sleeve might be able to be reprocessed five times but if on the third reprocessing it fails, the company will not reprocess it and the facility is not charged for it.”

“Manufacturers are losing money. So much so that two of the major manufactures who tried everything in the book to stop third-party reprocessing now own reprocessing companies.”

It is believed by some commentators that using reprocessed devices represents a lower standard of care, rather than a sensible reuse of costly and otherwise wasteful materials. Reprocessing might carry a significant risk to the patient and questions could be asked about the effectiveness of the cleaning efforts and whether product performance is compromised the more it is used, they argue.

The reprocessing industry is subject to a stringent and comprehensive regulatory scheme, says the Association of Medical Device Reprocessors, which played a key role in establishing the reprocessing industry. Providing all guidelines have been adhered to, the medical device should be as safe as a brandnew device. When submitting a pre-market submission, the third-party reprocessor will often have to include extra data that OEMs do not, validation data on cleaning, sterilisation and functional performance, for example, to prove that the reprocessed device is ‘substantially equivalent’ to the original. “By law, a reprocessed device must be the equivalent of a new device,” states Chobin.

Devices therefore must meet, or exceed, the requirements of the original manufacturer, and their unique barcode means they are 100% traceable, ensuring quality control and accountability. In some cases, reprocessed SUDs perform better than a new device.

A 2013 study by Banner Health, a non-profit health system in the US, found that OEM SUDs were defective 4.9 times more frequently than comparable reprocessed devices. They took 3,112 devices, 55% of which were reprocessed and 45% were new; they were considered defective if surgeons determined they did not function in a manner consistent with their intended purpose.

Between August 1996 and December 1999, the FDA’s Medical Device Reporting system chronicled 245 adverse events linked to the reuse of SUDs: seven deaths, 72 injuries, 147 malfunctions and 19 other incidents as reported by manufacturers. But there was no pattern of failures that differed in any way than those observed with their initial use. In February 2000, the FDA estimated that 464 of three million reported adverse events might be associated with reuse of an SUD, meaning 99.8% of reported adverse events may have occurred with new OEM devices.

Not only is reprocessing SUDs often safer thanks to strict guidelines imposed on those preparing the devices for reuse, it allows healthcare providers to maintain patient care quality while also saving vast amounts of money. A reprocessed device can cost almost half the price of a new device – estimates suggest on average, $1 million per hospital can be saved on device costs annually – and it is as safe as the original product. It is also more environmentally friendly as 50,000lb less medical waste is going to landfill annually per hospital in the US.

“In addition to saving 50% of the cost of a new device, facilities also save on medical waste because the companies remove it from the facility,” says Chobin. “It’s a win-win.”

But if reprocessing SUDs is so beneficial in terms of reducing the skyrocketing costs healthcare providers are faced with while also preventing completely unnecessary waste ending up in landfill, why are manufacturers trying to stop the practice?

“Manufacturers are losing money,” states Chobin, who has been in the sterile processing profession for 37 years. “So much so that two of the major manufactures who tried everything in the book to stop third-party reprocessing now own reprocessing companies.”

Many OEMs now reprocess their own devices; the Association of Medical Device Reprocessors lists companies such as Stryker and Cardinal Health as members who offer remanufactured SUDs as part of their overall business model. There are also several third-party reprocessors such as Vanguard and Medline ReNewal that offer the same services. But what steps should be taken when choosing who to reprocess devices?

“Verify the company is registered with the FDA and how long they have been in business,” suggests Chobin. “Have they had any citations from the FDA during the FDA inspections? Ask for a listing of their customers and contact them to see if they are satisfied with the service.”

The benefits of reprocessing are obvious; not only does it save hospitals and healthcare providers a vast amount of money, is it also more environmentally friendly than simply discarding a product that could be reused following a remanufacturing process. It is clear that the decision to reprocess SUDs is complex and contentious, with many commentators believing the practice is unsafe or offers a lower standard of care. It is important that hospitals and healthcare providers understand the risks and limitations of the process and choose a third-party reprocessor who adheres to the strict regulations set out by the FDA. 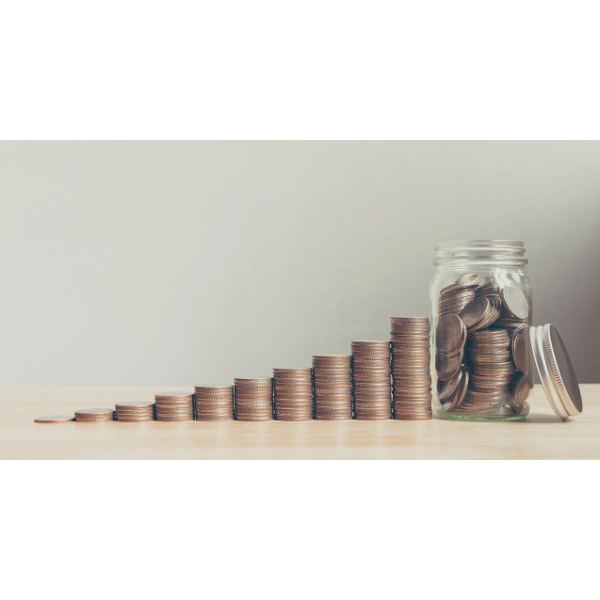 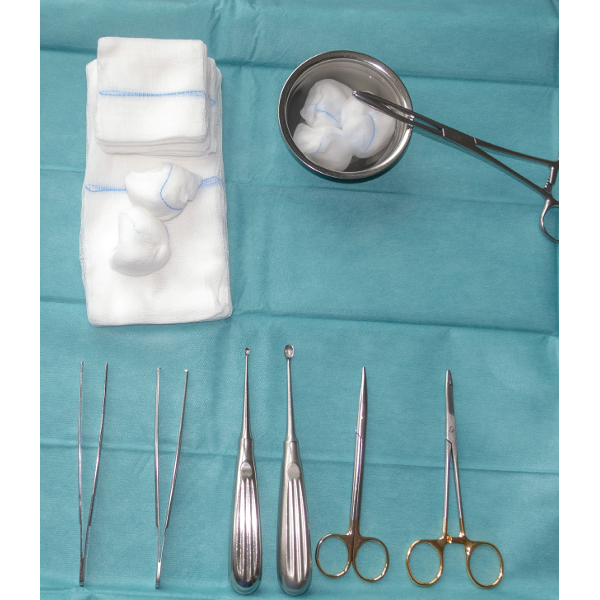