Rise of the automated lab

Confronted with the growing expectations of both patients and physicians, and mounting budgetary concerns, microbiology labs face a dilemma. Nic Paton talks to Dr John Rossen, medical molecular microbiologist at the Department of Medical Microbiology, University Medical Centre, Groningen, the Netherlands, about why automation is a viable solution.

Lab specialists are increasingly under pressure to produce more accurate results faster, and yet they are also expected to keep budgets under tight control, and constantly improve workflow and efficiency.

Within this volatile and somewhat contradictory environment, the role of automation is coming more to the fore, according to Dr John Rossen, medical molecular microbiologist at the Department of Medical Microbiology, University Medical Centre, Groningen, in the Netherlands.

Alongside the use of technology, more sophisticated workflow processes and techniques are also growing in importance, including the introduction of Lean methodology adopted from the automotive and manufacturing sectors.

"Automation means you can implement much better quality control and tracking of samples; there is less chance of samples becoming mixed up than when they are constantly being handled manually," says Rossen. "Automation can also result in fewer mistakes, so your error rate is reduced."

The need for speed

In the lab setting fast reporting is, of course, essential; it's what Rossen describes as the "need for speed". In his lab, as in most, there will normally be a multitude of laboratory-developed and commercial assays being run, samples will be arriving throughout the day from many sources, and there will be varied biological material and tube formats.

"When a patient is waiting to find out about where there is a need for treatment or intervention, or an infection that needs to be controlled, it is necessary that you get results as fast as you can," Rossen explains. "The speed of processing has improved immensely within molecular microbiology.

"Automation and workflow have also been exerting a growing influence on how we work in the past few years; we are working much more in a batch-wise way, and it is automation that really makes that possible," he adds.

Within this, the concept of 'one-piece flow' is becoming more important. This is a key concept within Lean manufacturing, originally created by the Toyota Production System (see 'How Lean can change the lab', below) to generate a 'just-in-time' manufacturing system for the automotive industry or, in the case of lab work, just-in-time testing and processing.

"There is much more emphasis on Lean processes and techniques," says Rossen. The biggest challenge with Lean principles is, he adds, beginning to think outside the box. For him, it is about questioning what you do, and not sticking with habits just because that is how things have always been done.

"For example, people often tend to work in a batch-wise way; it is not just machines but people too," he says. "So you take the samples out of the bag, put them on a rack somewhere else, take the bag and enter the information into the computer. But if you take them straight to the department that is going to do the processing, that can immediately save time. Then there can be better use of automation in terms of helping simple work processes and organising lab workflow better."

He continues: "So if you have sample 'X' arrive, it can be that you have to walk 30m to the machine that needs to process it. But why not then simply put the machine closer to where people arrive? It is about creating spaghetti diagrams to bring machines closer to the people who need them.

"If a sample stands on a bench for an hour before it can be processed, that is, of course, not good for infection prevention. Or if you have a patient in the ER or if the patient needs to be kept in isolation, the longer it takes to process the sample, the longer they are going to be occupying that space or the longer the hospital is going to need to allocate somewhere special as an isolation room."

"There is more ability, through computers and automation, to carry out processes actually on wards, so there is less of a concentration on the lab."

Rossen argues that being able to work in a leaner way is often cheaper for the healthcare unit, emphasising that it is not just about automation, but also about changing working practices and improving workflow efficiency.

"Lab workers used only to think it was about the test, but that is no longer the case," he says. "Molecular microbiology tests, for one, are more expensive, so that has to be a consideration too. Healthcare costs are under pressure across the globe, and are rising.

"We now try to calculate things in what we call 'euro-hours', so it is multiplying the cost of the test against the time it takes and getting a result from there. A test, for example, can be ten times as expensive as another one, but if you can do many more of those tests in an hour, then the euro-hours equation has to be considered in a different way to a test that is perhaps cheaper but you cannot do so many of," he adds.

Move with the times

As to the future, Rossen predicts that technology will increasingly help to move the lab from its current environment to the bedside.

"I can see labs becoming less centralised within the hospital setting," he says. "Traditionally, you have had the hospital lab, where all materials and samples are brought. But we are now seeing more point-of-care testing. There is more ability, through computers and automation, to carry out processes actually on wards, so there is less of a concentration on the lab."

Rossen accepts that all results still need to be stored centrally on a computer system so that there is a repository, and so that people who need advice on how to treat patients can access them. However, how those results are accessed may be different, with more use of machines on a network or even the cloud, at the point of care. "It is not happening yet, but I do think that will be part of the future," he says.

"Technology and automation, I suspect, are also going to change the way tests are done. So you might have a sample, pull it up on your touch-screen and then be able to put some new results into the computer," he concludes.

How Lean can change the lab

Lean 'just-in-time' process management systems originated in the automotive sector and were pioneered by the Toyota Production System with the simple aim of creating fewer processes that used less effort and reduced time to market.

Historically, this approach was often considered not applicable (or only in minor ways) to the highly regulated healthcare environment. But this has started to change in recent years, with the development of the 'Lean laboratory' concept, with the Lean element focused on reducing the time it takes to test incoming samples.

Areas where Lean techniques can often make a difference include tackling long and variable lead times in sampling, volatility in the workload (with peaks and troughs) and high levels of work-in-process.

Lean techniques, in particular, can help to identify and categorise activities by their value, identify the most important 'value streams', level the load and mix of work, and eliminate waste. 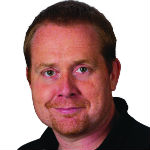