Ovarian cancer is hard to spot in the body and difficult to operate upon, with surgeons often failing to extract the minuscule tumours from patients the first time around. Now, a new optical imaging method promises to reduce the disease’s grim mortality rate. Greg Noone talks to Dr Neelkanth Bardhan from the Massachusetts Institute of Technology about how his laboratory’s scanning technique improves the accuracy of not only the diagnosis of ovarian cancer, but also its treatment.

The symptoms produced by ovarian cancer are subtle, and often missed. The progression of the disease starts deep inside the ovaries, with tumours as small as 200 cells or less. It is a while before its presence is signalled. The patient may lose their appetite, or feel unusually full after eating. Pain may be felt in the abdomen, small enough though to be dismissed as a stomach ache. Bloating is common, in addition to unexplained weight loss and exhaustion.

By the time an oncologist comes to the conclusion that these disparate symptoms add up to ovarian cancer, statistics suggest it may be too late. This is partly because the disease overwhelmingly targets the old; the majority of cases occur in patients in their 50s and 60s. At that stage in life, the survivability rates dip significantly. While women up to the age of 40 can expect an 85% chance of a full recovery, the elderly can see their chances dip to just over a third, with the cancer already having travelled from the ovaries to more distant organs. At that age, treatment options – such as chemotherapy or surgical intervention – can be too taxing for the patient.

Currently, the disease is mostly diagnosed by the combination of a trans-vaginal ultrasound to identify suspected tumours and a blood test. This method, however, is flawed in that typically only tumours up to 20cm3 in premenopausal women (or 10cm3 in post) are considered abnormal from the scan, and the presence of malignant tumours can only be confirmed by the blood test, since the ultrasound can’t distinguish between malignant tumours and cysts. Even after this, surgeons don’t always succeed in removing every tumour, especially those tiny clumps missed by the scan. Like weeds in a garden, oncologists know that all malignant tumours have to be removed to diminish the chances of the disease’s reoccurrence.

Fortunately, scientists at the Massachusetts Institute of Technology (MIT) believe they have discovered a way of imaging ovarian cancer at a much earlier stage in its progression than previously thought. By injecting fluorescent probes into the patient that emit light along a narrow wavelength and bind to the disease’s tumours, they can image the location of the growths and potentially operate at a much earlier stage in the disease’s progression.

The team, led by the head of the university’s Department of Biological Engineering, Professor Angela Belcher, have developed two similar systems using this method: a scanning method, nicknamed ‘DOLPHIN’; and ‘SWIFTI,’ intended to be “used as a tool for guided surgery for ovarian cancer patients” that presents “the surgeon with a real-time map of where the cancer is located”, according to one of its creators, Dr Neelkanth Bardhan.

The use of these systems could increase the chances of all ovarian cancer tumours being removed in a single operation. Finally, it seems, surgeons will be able to excise the disease from the patient at the best time, rather than the most uncertain.

The man for the job

For Bardhan, the project is an ideal application of his talents. A postdoctoral fellow at the Koch Institute for Innovative Cancer Research at MIT, his expertise lies in materials science and engineering. When he began his PhD, Bardhan looked for ways in which he could use his knowledge to improve patient care across the general population. The Belcher lab’s research into optical imaging techniques was a good fit. By using only light, as opposed to the ionising radiation used in X-ray and CT scans, it promised a simpler, harmless and more cost-effective way of exploring the interior of the human body.

Particularly exciting in this respect were the properties of sodium yttrium nanoparticles. By exciting them with a 980nm laser, these materials emitted light in the so-called ‘near-infrared window’ of wavelengths. What was more, even in this narrow band of illumination, the nanoparticles were still detectable through several centimetres of material.

“The reason for this is there’s less autofluorescence background in the near-infrared range of wavelengths, and also less scattering of light by water molecules, haemoglobin and other stuff in the body,” Bardhan explains.

His team tested the detectability of the probes in mice, tracking the nanomaterials as they passed through the test subjects’ digestive systems. In a paper published in the March edition of Scientific Reports, they demonstrated that their specially formulated probes could be traced in tissue up to 8cm thick using a hyperspectral scan. The resulting imaging method was christened ‘detection of optically luminescent probes using hyperspectral and diffuse imaging in near-infrared’, or for the short of time, DOLPHIN.

Precisely what condition the method could be best used to diagnose or treat was unclear until the Belcher lab talked to Dr Michael Birrer, then director of gynaecologic oncology at Massachusetts General Hospital. He explained to them that nanomaterials could make a positive difference in the treatment of ovarian cancer. The key to their success in doing so, however, lay in finding a way to make the probes bind to the disease’s tumours.

Therein lay the challenge. “The human body consists of 37 trillion cells,” explains Bardhan. “You’re trying to find a small tumour out of that, so a 0.1mm-size tumour in the order of 100 to 200 cells.” In other words, Bardhan and his team were not just searching for a needle in an incredibly large haystack – they were searching for a way to make the spindle glow while forcing all the dead grass to disappear from view.

Their solution was to combine carbon nanotubes – which emit light in a similar way to the sodium yttrium fluoride nanomaterial’s, once excited with a laser – with M13 bacteriophages, a genetically engineered organism designed by the Belcher lab to target SPARC, or ‘secreted protein acidic and rich in cystein’, which is overproduced by ovarian cancer growths. The resulting formulation would be injected into the patient, who would wait for 24 hours before undergoing a hyperspectral scan where, in theory, all their tumours would light up on a computer monitor like so many stars in the night sky. The technique is capable of locating growths as small as 200μm. “Without knowing what the different sources of contrast will be, our imaging-processing algorithms can analyse the data and tease out spectral bands of interest,” says Bardhan. “Then, we perform some more custom-image processing on that to identify features of interest that might be useful as a method of detecting cancer early.”

The team tested their new system on mice implanted with ovarian cancer tumours. 10 days after undergoing operations to remove the growths using the method as a guide, there were no signs that the disease was still present in the test subjects. Meanwhile, the control group, which was operated on using conventional methods, were left with several residual tumours.

This team dubbed this new optical imaging method SWIFTI, short for ‘second-window infrared fluorescence triband imager’, and saw clear applications for it in surgery. The method “actually enabled researchers to see while they’re performing surgery where to get most of the tumours – the metastatic disease – out, and aim for optimal debulking”, says Bardhan.

Now for the humans

The Belcher lab is currently in the process of filing a disclosure with the US FDA to commence human trials, which Bardhan is confident should take place within the next two years. That will give some time for his laboratory to refine the accuracy of the imaging probe which, while successfully latching onto SPARC in most cases, still needs some tweaking. Currently, explains Bardhan, the team has attained a specificity of 71% – a fairly high rate of false positives that he suspects may be complicated by the generation of the same protein in pancreatic tissue. The use of carbon nanotubes also has to be rigorously tested before being deployed to market.

“Up to this point, they – when functionalised well – have been shown to have very low immunogenicity, or low toxicity, at least in the published literature,” says Bardhan. “However, for this specific case, we will need to do additional testing to show that it is safe for human use.”

In addition to SWIFTI’s use in surgery, Bardhan anticipates that a modified version of DOLPHIN could be used in diagnosing ovarian cancer. Notwithstanding the method’s accuracy, however, the symptoms of ovarian cancer are fiendishly difficult to identify in the first place. How will surgeons know to use it to look for the disease at such an early stage in its development?

“What we think, here in the Belcher group, is imaging technologies such as DOLPHIN and SWIFTI are, at least initially, best suited for high-risk patients,” Bardhan replies. “Carriers of the BRCA 1 or 2 mutation, or who have a family history of breast or ovarian cancer, for example, would be prime candidates for this screening technology. However, if a patient is arriving in the clinic already with the diagnosis of ovarian cancer, most certainly our imaging technology can help and achieve the optimal site of debulking.”

This would certainly improve the chances of beating the disease among a select number of patients. Could the deployment of a modified version of DOLPHIN help push down mortality rates if deployed in a wider-scale population screening programme? Bardhan concedes that the jury is out on whether that even works using conventional methods. According to a clinical trial that tested this principle in the UK using trans-vaginal ultrasound, there was a reduction in mortality of up to 15% among those regularly tested. A similar programme in the US, however, failed to find any improvement.

Voluntary uptake, meanwhile, would also have “a lot to do with cost and who pays for it”, says Bardhan, with patients in the US having to justify the scan to their medical insurance companies, as opposed to the UK where it would be more likely to be free at the point of use through the NHS. Nevertheless, if this optical imaging method developed by Bardhan and his colleagues withstands the rigours of human trials, its deployment could drastically improve the diagnosis of ovarian cancer and prevent this pernicious disease from claiming more victims. 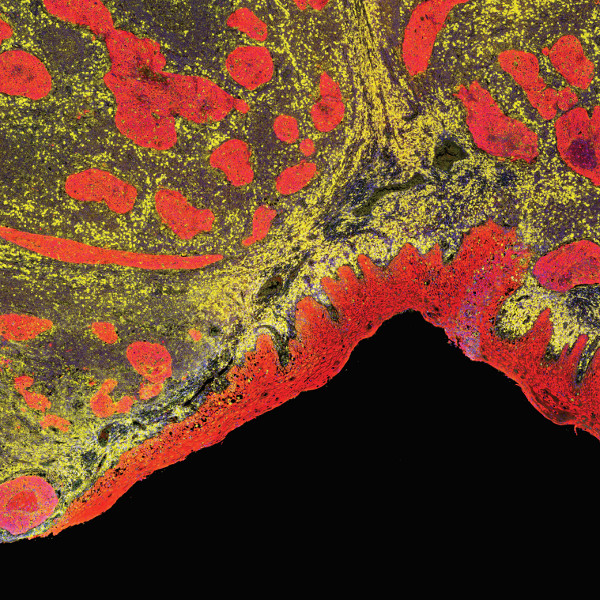 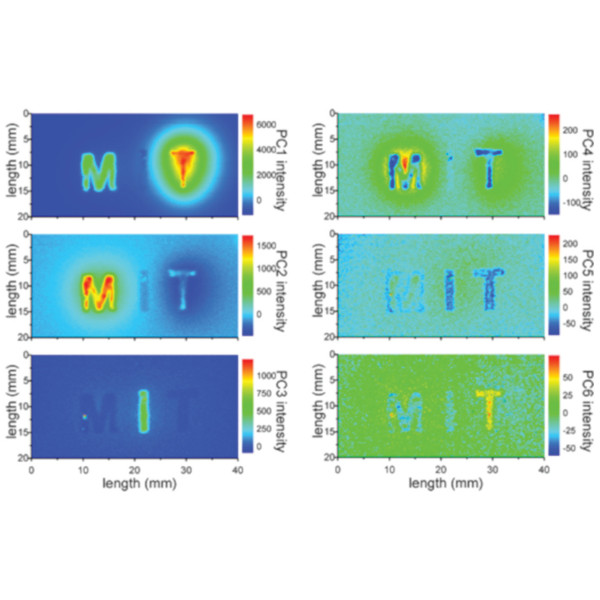 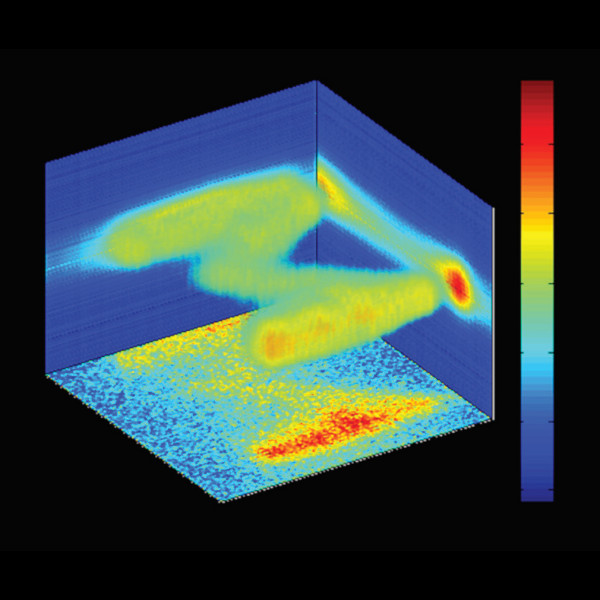