Hot on the heels of the success of the NHS’s 100,000 Genomes Project, which finished at the end of 2018, the NHS Genomic Medicine Service is due to be launched later this year. It aims to bring equitable access to genetic and genomic testing to patients in the UK to improve the diagnosis and treatment of cancer and rare diseases. Professor Clare Turnbull, researcher and consultant at the Royal Marsden Hospital, speaks to Emma Green about how this technology can enhance diagnostic strategies.

Over the past decade, we have witnessed dramatic technological evolution, transforming a number of industries. In October 2018, the UK health and social care secretary released a policy paper outlining his tech-vision for the UK NHS to modernise both its practices and services delivered. As part of this strategy, there has been pressure for the NHS workforce to expand their skills and knowledge to be able to take advantage of these advances.

One of the areas most affected is genomics, the branch of molecular biology concerned with the structure, function, evolution, and mapping of genomes. Professor Clare Turnbull, a senior researcher at The Institute of Cancer Research, fuses genetic sequencing technologies to identify and characterise genetic predispositions to a number of different cancers. Her team investigate ways to optimise nextgeneration sequencing (NGS) and analyse the resulting data to identify novel cancer predisposition genes.

Turnbull has been heavily involved in the NHS’s 100,000 Genomes Project, which aimed to capitalise on these recent improvements in technology. One of the key advantages of NGS is that researchers do not have to know the question they are asking before carrying out the sequencing. “Until next-generation sequencing, if we wanted to look at a gene, we could only look at one chunk at a time,” says Turnbull. “This meant you had to know which gene or part of the genome you were interested in before being able to amplify and sequence it.”

The capabilities of NGS not only allow the use of different sequencing techniques but also to carry these out at a much larger scale than was previously possible. “The technology shift completely changed what we were able to do,” explains Turnbull. “It allows you to sequence an entire genome in one experiment. If there are a few genes you are interested in, you could sequence them all in a way that wasn’t possible before.”

Within genomics, the speed of technological advancement and reduction in costs has massively outpaced predictions. “Before the human genome project, it was shotgun sequencing, so they were having to sequence each chunk separately. Each would be sent to a different lab for sequencing, and it took 10 years to get the first draft assembly and cost $2.7 billion dollars,” explains Turnbull. “Now, in a very high-throughput laboratory, they can do a test for a tiny fraction of the price.”

NGS, although well established as a technology, has only recently been implemented into the NHS due to a lack of infrastructure, tools, skills and funding. In late 2012, then UK Prime Minister David Cameron announced the provision of financial support for several important projects, as part of the Olympic Legacy Funding.

One of these was the 100,000 Genomes Project. Following consultation, it was decided that rare disease and cancer research would stand to gain the most from the technology and thus became the focus. In order to deliver the project, a new sequencing site, the Genome Campus in Hinxton, near Cambridge, was built and funded by the Wellcome Trust.

An upgrade of software was also needed to deal with the huge amount of information generated by the research. A major element was building the informatics infrastructure to process, analyse and interpret the sequencing data and to distribute the results out to NHS centres. This also enabled UK researchers and partners from the industry to access the genome data in a secure research environment, where it was held in a de-identified format.

Clinical staff received special training to ensure that this data could be accurately and ethically interpreted. “There was a lot of work to create a knowledge base to ensure that we could make the best clinical inferences from the genomic data,” explains Turnbull.

The 100,000 Genomes Project was completed at the end of 2018. Researchers even managed to overreach their target number of samples and are currently finalising the analysis of the data. The next stage involves rolling out the first UK genomic medicine service, which is due to go live in 2019.

One of the key aims of the project was to make a significant impact within rare disease, which has been the mainstay of clinical genetics since its inception. Rare diseases are defined as those affecting less than one in 2,000 people. Roughly 75% of these conditions are diagnosed in children before the age of five and most are life threatening or involve serious disability.

As the majority of rare diseases are due to a single gene defect, genomics offers huge potential to diagnose these conditions more efficiently. “Our work has tried to identify genetic causes for children with congenital anomalies, intellectual disabilities or unusual dysmorphic facial features, and then involves using testing to identify that genetic cause,” says Turnbull.

Conducting genomic sequencing allows clinicians to make better predictions about which treatments are likely to be most effective. “Sometimes, that will point to a treatment, especially if it’s an enzyme deficiency,” says Turnbull. “If it’s a particular pathway, there will be a drug to treat, and if it’s a metabolic disorder, there are certain dietary approaches where the patient will respond favourably.” Even if a suitable treatment is not available, genomics allows for the identification of additional symptoms that may be experienced by the patient and pre-empt complications.

A genetic diagnosis can also provide the family with information about the probability of reoccurrence in subsequent pregnancies. “It may be important reproductively for the couple, particularly if the condition is recessive; they will have a one in four chance of a subsequent pregnancy being affected.”

The major advantage of NGS is not only the value of the insights themselves but also the speed at which they can be delivered to patients and families. “It’s a big step forward that we’ll be doing whole genome sequencing in these children and doing it while they are young,” says Turnbull. “This means that if there’s an identifiable genetic cause, you will get that quickly, while you can still treat the patient.”

Put it into practice

The other key impact of the 100,000 Genomes Project has been upon cancer diagnostics and treatment. Although not always conceptualised as such, cancer essentially is a genomic disease.

“Tumours have very disordered genomes because the first mutation will trigger a process in the cancer that gradually releases it from the ‘policemen’ that control the division of cells,” says Turnbull. “Once those policemen are knocked out by gene mutations, cells reproduce in an increasingly uncontrolled fashion, and so the tumour grows and eventually metastasises.”

There are two key ways that NGS can positively influence cancer, by sequencing the tumour and the blood. “Sequencing the tumour itself is informative because, as well as giving us a blueprint of how it developed, the changes can tell us which drugs will be effective,” explains Turnbull.

$1k
The current cost of sequencing a genome, down from $2.7 billion for the first fully sequenced genome.
National Human Genome Research Institute

The ability to conduct this sequencing has not only informed predictions about treatments but also changed the terminology used for these diseases. “We used to classify tumours by what the cells look like, on histology, whereas now we make a molecular classification,” says Turnbull. “Increasingly, rather than describing cancer as a ‘non-small cell lung cancer’, you’ll see it’s called an ‘EGFR-positive lung cancer’ because that lets you know that it will respond to an EGFR inhibitor, which is important.”

In conducting NGS in the blood, specific genes can be identified, which is valuable even if the person does not have cancer. “BRCA1 and BRCA2 [brought to public attention by Angelina Jolie when she found she had a genetic mutation in these genes] can tell you that you’re at high risk of particular types of cancer,” says Turnbull. “They can be identified when the person is completely well, particularly if it runs in the family, and then you can offer high-risk screening.” Additional action can be taken to prevent specific cancers, such as surgery to remove of the ovaries or a mastectomy.

As a result of improving diagnosis and treatment, the prognosis for a number of cancers has been significantly improved in recent years. “Previously, the prognosis for someone presenting with non-operable lung cancer was a few months and now it is two, three or four years,” explains Turnbull.

Look to the future

In light of the rapid, ongoing changes in technology and the parallel reduction in costs, there is huge potential for NGS to have a positive impact beyond rare diseases and cancer. To facilitate this, it will be necessary to become less reliant on clinicians and instead make greater use of online resources.

“I’ve just put in a grant with other researchers to do BRCA testing end-to-end on a saliva sample, with the patient and the workflow managed by an app, rather than serial appointments with a clinical geneticist or genetic counsellor,” says Turnbull. “The information and consent would be given via the app and the results, if negative, would be delivered by the app, and if they were positive, would ask patients to attend a clinic.”

With the increased drive for person-centred approaches, including the desire for patients to take greater ownership of their healthcare, it is only a matter of time before genetic testing for a range of conditions is a normal part of life. 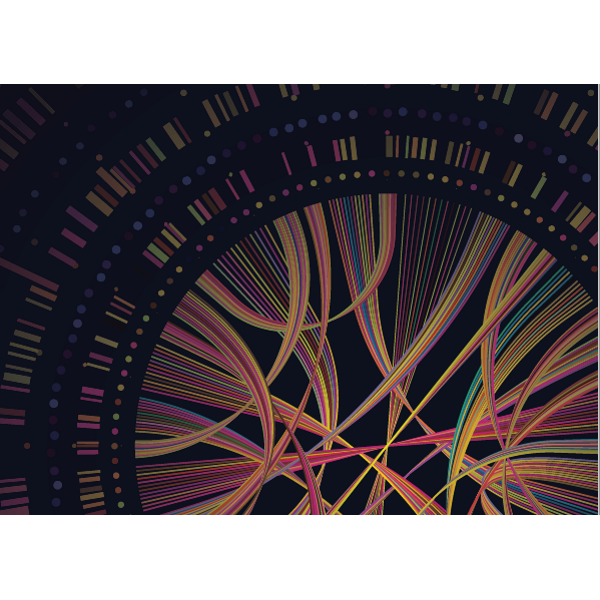 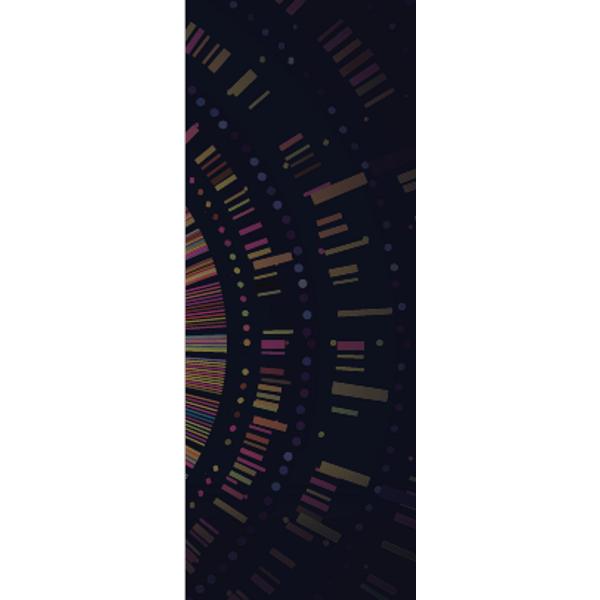