It’s in the genome

Current testing of patients with neurodevelopmental and congenital anomalies leaves a number of cases undiagnosed or unexplained. A new sophisticated computational model, developed by scientists at Lawson Health Research Institute, is bringing an innovative method of diagnosing rare genetic conditions. Emma Green speaks to Bekim Sadikovic, associate scientist at Lawson and head of the molecular genetics division in the department of pathology and laboratory medicine, London Health Sciences Centre about the implications of these findings.

Genomics, a rapidly developing discipline, involves using genomic information about an individual as part of their clinical care. DNA was first isolated in 1869, but it was not until more than a century later that the first genomes were sequenced. The field as we now know it truly began in the 1970s, although there were a number of significant milestones before this decade.

In 1871, Friedrich Miescher published a paper that identified the presence of nuclein and associated proteins within the nucleus of cells, which we now refer to as DNA. Around 30 years later, Walter Sutton and Theodor Boveri discovered that chromosomes occur in matched pairs, with one inherited from each of the mother and the father. This was termed the chromosome theory of heredity.

Another significant moment came in 1910 when Albert Kossel was awarded the Nobel Prize in Physiology and Medicine for the discovery of the five nucleotide bases: adenine, cytosine, guanin, thymine and uracil. The 1950s saw Erwin Chargaff further develop knowledge of these nucleotide bases. He found that there were always equal amounts of thymine and adenine or cytosine and guanine in DNA samples. He subsequently deduced that adenine forms chromosome pairs with thymine and cytosine forms chromosome pairs with guanine.

In 1952, Alfred Hershey and Martha Chase showed that DNA, rather than protein, was responsible for carrying genetic traits that may be inherited with a series of experiments. The following year, James Watson and Francis Crick discovered the double helix structure of DNA.

In the 1960s, Marshall Nirenberg and Har Gobind Khorana led a research team that identified what is now known as the codon of DNA, a block of three letters in DNA that correlates to a specific amino acid. It is when amino acids combine, during translation, that proteins are made. They won the Nobel Prize for Physiology and Medicine in 1968 for cracking the genetic code, along with Robert Holley, who sequenced the first transfer RNA molecule.

The 1970s saw Frederick Sanger develop a technique to sequence the first complete genome, called phiX174 virus, which opened the door for the field of genomics. He won the Nobel Prize with Wally Gilbert and Paul Berg for pioneering DNA sequencing methods in 1980. A few years later, Kary Mullis created a technique used to amplify DNA, known as the polymerase chain reaction. This was closely followed by Alec Jeffrey, who discovered a method to profile DNA by counting the number of repeating DNA sequences at specific regions of the genome.

In the 1990s, techniques for testing embryos in the womb for genetic diseases were developed, enabling parents to find out whether their child was likely to have a diagnosis of cystic fibrosis or haemophilia. Midway through that decade, the first bacterium genome sequence, haemophilus influenza, was completed, shortly followed by the genome of yeast, saccharomyces cerevisiae.

It was also this decade when The Human Genome Project was launched, which aimed to sequence all three billion letters of a human genome. Chromosome 22 was the first chromosome to be sequenced as a part of this work in 1999. The research concluded in 2003, confirming that humans have 20,000–25,000 genes.

In 2007, there was a breakthrough in the technology used to sequence DNA, which led to a dramatic increase in the output of DNA sequencing in one year. This led to the launch of the 1,000 Genes Project the following year, which aimed to sequence the genomes of a large population group of 2,500.

Genomic medicine has already started to make waves within the fields of oncology, pharmacology, infectious disease, as well as rare and undiagnosed diseases. The latter is particularly exciting as current testing often leaves patients, their families and healthcare professionals with unanswered questions about their condition. At present there are limited treatment options for rare and undiagnosed diseases but improving diagnostic procedures can help physicians better predict the outcome of the condition, allowing for better planning and support for the patient.

“What we have discovered is that in addition to there being a genetic defect, that defect causes a disruption of the function of the protein and there is a consequent change in genomic DNA methylation.”

Bekim Sadikovic, associate scientist at Lawson, and head of the molecular genetics division in the department of pathology and laboratory medicine, London Health Sciences Centre (LHSC) is passionate about genomics. In his current role, he oversees multiple diagnostic labs, including clinical, biochemical, cytogenetic and molecular genetics. He focuses on neurodevelopmental and congenital disorders, helping to diagnose, offer an accurate prognosis of the condition and sometimes to modify therapies.

1%
Of the total genome that is interpretable through whole genome sequencing.
London Health Sciences Centre

Sadikovic has been working on paediatric genetic testing within a clinical setting for the past 20 years. He is driven by the desire to generate insights from the data produced by these tests. “We know that when we do extensive genome testing, the diagnostic yield is maybe 50%, with some subtypes of conditions where it is as low as 30%,” explains Sadikovic. “Clearly, we still don’t know how to interpret the vast majority of genetic findings.”

Whole genome sequencing, whilst offering valuable insights, currently offers only a small amount of interpretable information, roughly 1% of the total genome. “The rest of the genetic content, we still don’t have the ability to interpret,” says Sadikovic. “Although we can sequence it, we don’t know what it means.”

“Whole genome sequencing and a full range of genetic assessments were done in these patients but they didn’t find a diagnosis.”

Often such tests will be inconclusive. “In these cases, we will issue a report saying that we have identified genetic variants in that gene that may be associated with that patient’s condition,” says Sadikovic. “But we don’t know if it a pathogenic variant, a rare polymorphism or non-clinically relevant genetic variation.”

To overcome this issue, in recent years Sadikovic and his colleagues have been approaching genetic testing from a different angle. “What we have discovered is that in addition to there being a genetic defect, that defect causes a disruption of the function of the protein and there is a consequent change in genomic DNA methylation,” explains Sadikovic. “This is a layer of information that is in our DNA that helps to regulate how our DNA is effectively turned on and turned off in different tissues.”

Researchers began mapping and publishing these findings. This body of work has provided valuable insights about human genetics. “What we needed to do was develop large enough databases to know what is normal variation and what may be associated with an underlying genetic condition,” explains Sadikovic. “We then used a computational model to make use of that information to ascertain whether or not a patient has an underlying condition, not by looking specifically at their gene sequence but looking at the consequence of the defect in that gene: the DNA methylation.”

The most recent research conducted by Sadikovic and the team applied this new pattern recognition model, which uses machine learning, to DNA samples of 965 patients with neurodevelopmental and congenital anomalies. They published their findings in the American Journal of Human Genetics.

“Whole genome sequencing and a full range of genetic assessments were done in these patients but they didn’t find a diagnosis,” says Sadikovic. “We went on to apply this whole genome methylation profiling to identify clinically consequential epigenetic signatures and increased the diagnostic yield by about 30%, which is very significant in this patient population.”

There are exciting implications of this work. “This now allows us to use this genome-wide epigenetic or DNA methylation technology to screen for many of these rare conditions,” explains Sadikovic. “There are also many relatively common conditions, like fragile X syndrome, for which physicians would order single-gene assessment assays and that is no longer necessary.”

This can make a huge different for patients with rare genetic disorders and their families. “Sometimes they can go on for years, even decades, without a diagnosis, or an ambiguous diagnosis, simply because these changes are so rare that they don’t appear in other conditions as commonly,” says Sadikovic. “The computational model provides an effective way to do this, in a single patient, in the same DNA sample where they have the genetic test done. In these genes that we have so far mapped, there is no longer a need to ever issue a report of unknown clinical significance.”

Based on this research, LHSC will be the first site in the world to offer this type of genetic testing. “There are many laboratories that are currently doing genetic testing as there is a strong need to identify mutations,” says Sadikovic. “We have recently moved this research into a clinical setting, partnering with clinical diagnostic laboratories in the US and Europe.” The revenue from the collaboration between the US and Europe will be funnelled back to support local testing for patients and ongoing research. 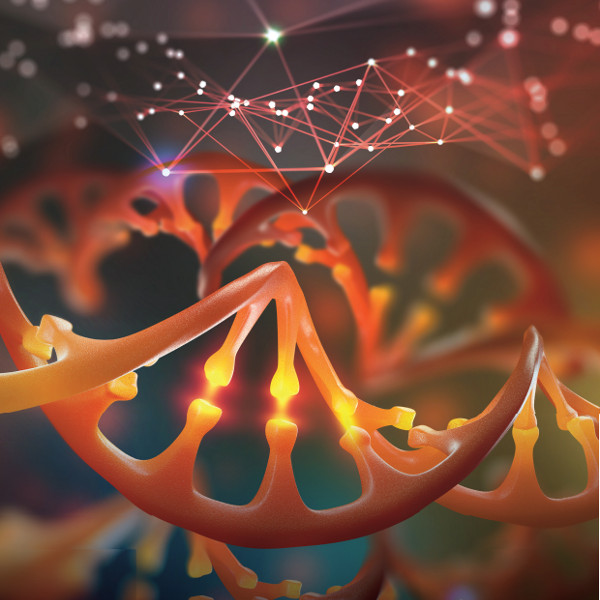 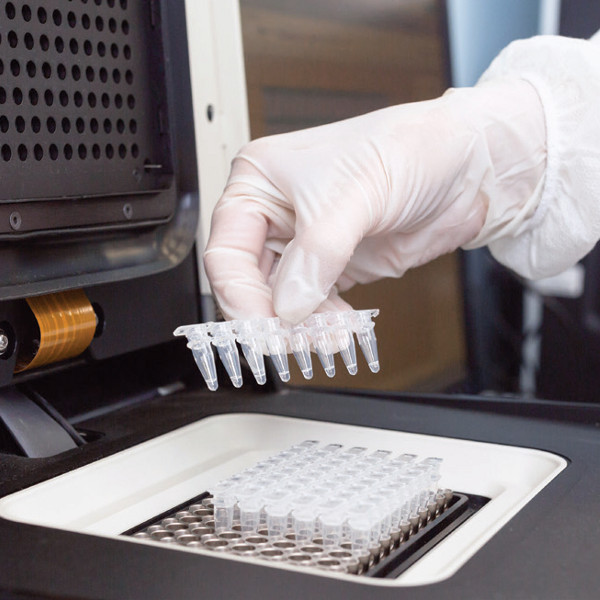 Genomic medicine has made waves within oncology, pharmacology and infectious disease.
Post to: