If Egypt can do it, so can others

Hepatitis C is a huge problem in many developing countries, but Egypt has suffered more than most. High infection rates and poor health education have resulted in millions of people suffering from the virus. But robust campaigning and cheaper medication are helping the country to fight the illness remarkably well. Andrea Valentino talks to Dr Manal el-Sayed, who is professor of paediatrics at Ain Shams University in Cairo, and a member of the National Committee for Control of Viral Hepatitis, about how government support helped to achieve success.

Egypt has been through a lot during the past few years, from a bloody revolution through to governmental changes, economic problems and continued attacks by militants. Unfortunately, the country’s circumstances do not seem to be improving, with inflation shooting up while wages stagnate. All of this is presided over by a regime that arrests and makes opponents disappear at will.

Amid these political and economic troubles, Egypt also faces a major health problem: hepatitis C (HCV). Since the 1960s, the virus has killed thousands of Egyptians and infected approximately 15% of the population. Poor education and hygiene have put millions of people at risk of the disease, while those who are already infected have limited means of receiving help.

Given all of this, Egypt might seem like an unlikely spot to start the fight against HCV. However, by working with the Ministry of Health and Population, a team of Egyptian clinicians have done just that.

The lessons they have learned speak to the importance of education for defeating the virus, and how other countries could win similar battles in the future.

Dr Manal el-Sayed, professor of paediatrics at Ain Shams University in Cairo, Egypt, does not claim that these advances happened overnight. She has worked on HCV throughout her extensive career; firstly by examining the virus for her doctoral thesis in the early 1990s, which came just after it was officially discovered. Sayed later published several papers on the disease throughout the 1990s and 2000s. In 2006 – when working with the Egyptian health minister – she became a founding member of the National Committee for the Control of Viral Hepatitis (NCCVH).

The intervention by the Egyptian Government feels appropriate. After all, HCV first spread in Egypt during the 1960s and ’70s, following an ill-fated government attempt to fight another disease. “Schistosomiasis was affecting a lot of people, especially in villages and rural areas,” says Sayed. “There was a [government] campaign against this disease, and it was given to masses of people in the villages. The needles that were used at the time were glass syringes, which had to be boiled and were not very well sterilised, and this started the whole HCV epidemic.”

So far, 1.4 million people have registered and received treatment through the government’s programme.

Local HCV figures then rose steadily. By 1996, 15% of Egyptians were infected with the virus. The consequences have been dire because it can remain hidden in the body for decades; victims remain oblivious of its long-term consequences, which include cirrhosis and liver cancer. As late as 2013, 30,000 Egyptians died annually from HCV or secondary diseases. It can also cause psychological problems, such as anxiety and depression.

Sayed had to act quickly, particularly with education being the most pressing concern. HCV’s spread can easily be contained by taking simple measures, including cleaning syringes and decontaminating medical equipment. Sadly, in a country with 25% illiteracy, many Egyptians were oblivious to these practices. To get round these problems, the NCCVH focused on the one medium that unites people: television. “I think TV, in particular, goes to every house in Egypt – even in rural areas,” Sayed states. “We had a lot of [campaigning] done by the media, especially through the TV over the years. Every single person in a survey was asked questions about their knowledge [of HCV], and almost everyone knew about it. Most of the population knows about HCV because of the huge campaigns conducted by the media.”

The internet was another useful platform, particularly for helping Egyptians to arrange treatment. By filling out a simple online form, the public can make an appointment to check their HCV status, and get treatment, if necessary. “Egyptians register on the system and are then referred to the centre nearest to their home,” Sayed explains. “If they need treatment, they can get it supported and subsidised by the government.”

When online registration was first touted, some in the Egyptian media were sceptical. After all, only two in ten Egyptians have access to decent internet, but Sayed and her team worked hard so everyone had access. “In every single village, there is at least one office that has an internet access point and [an official] to help register people,” she says. “We also have liver centres that we’ve developed over the years – there are almost 60 across Egypt – so no patient ever has to travel more than 50km to get help.”

These efforts clearly paid off. “When we opened registration, we had 100,000 patients on the first day.” Sayed adds, “On the second day, we had 100,000, and for the following four days we had 50,000 people registering on the system. It was huge. So far, 1.4 million people have registered and received treatment through the government’s programme.”

This breakthrough required careful collaboration between different stakeholders from the public and private sectors. “About 30% of the healthcare sector is under [the authority] of the Ministry of Health and Population,” explains Sayed. “Then we also have the Ministry of Higher Education, which [runs] the university hospitals, while other ministries have their own hospitals too. And then there’s the private sector. It’s a bit of a difficult healthcare system – of course it was a huge challenge. I think everybody knew we had a problem and had to find a solution, so everyone was enthusiastic. There was huge advocacy coming from government.”

A taste of their own medicine

The government also played a key role in fixing another crucial issue: medication. For years, Egyptians – like all HCV sufferers – relied on drugs like interferon to treat the disease. While reasonably cheap, interferon required weekly injections for almost a year, and was not suitable for patients with more advanced symptoms. At the same time, Egyptians’ special genotype meant it only worked 50% of the time. Although the NCCVH treated 350,000 patients this way, Sayed and her team were desperate to find better alternatives.

Providing cheap and effective HCV treatment in a country as troubled as Egypt is a remarkable achievement.

A breakthrough only came when the Egyptian Government struck a deal with Gilead, a US pharmaceutical company, to supply sofosbuvir, which is marketed as Sovaldi. “Things changed with the advent of [sofosbuvir], which has a response rate of more than 90%,” Sayed confirms.“We were the first country to negotiate the price with Gilead. It costs just 1% of the global market price. Part of our agreement with them was not to grant them any patents for the drug because [Egypt] has such high [rates] of HCV. Egyptian companies eventually began producing the drug as well. We now exclusively use Egyptian generic drugs in our programme.”

In conjunction with better hygiene practices, cheaper medication has transformed how Egypt handles HCV. The virus’s infection rate has decreased by around 30% since 2008 – a figure that jumps to 75% among young people. What was once a lethal epidemic is now just one problem among many, Sayed states. “I think the elimination of HCV [in Egypt] is possible,” she emphasises. “We can drop its prevalence down to 1% within the next five to six years.”

The kids are alright

Sayed has started to help a new generation of Egyptians. “We’ve just started treating children,” she says. “I think that this is an important issue on a global front. We’ve taken on almost 300 children so far. This is a small number, but we’re expanding. We need to start early before the disease progresses, and also before high-risk behaviours start [during] adolescence. We have licensed drugs [for children] above the age of 12, and I think it’s a good opportunity to start treating [children] as early as possible.”

Broadly speaking, these medical successes are bolstering Egypt’s flagging finances. With a package of medication costing just $80, foreigners are visiting the country for treatment. “There is a special medical tourism programme called Tour n’ Cure,” says Sayed. “[It’s] helping us attract more people from outside the country to get their treatment in Egypt. I think it’ll be great for the economy.”

Given the medical and economic benefits of Egypt’s HCV programme, she is unsurprisingly keen for her work to be copied elsewhere.

“My message is that it can be done,” she stresses. “This isn’t something that’s far-fetched. Governments are usually concerned that they cannot pay for patients or eliminate [the disease]. Elimination is possible, and I think it’s all about advocacy of the government and professionals working in the field, who should convince their governments that this is something that is doable. It’s been done in a resource-limited country like Egypt, so I think it can be done [elsewhere].”

Sayed has every right to be proud: providing cheap and effective HCV treatment in a country as troubled as Egypt is a remarkable achievement. It can only be hoped that others will follow her advice, taking the bold steps needed to fight the disease in their own countries. 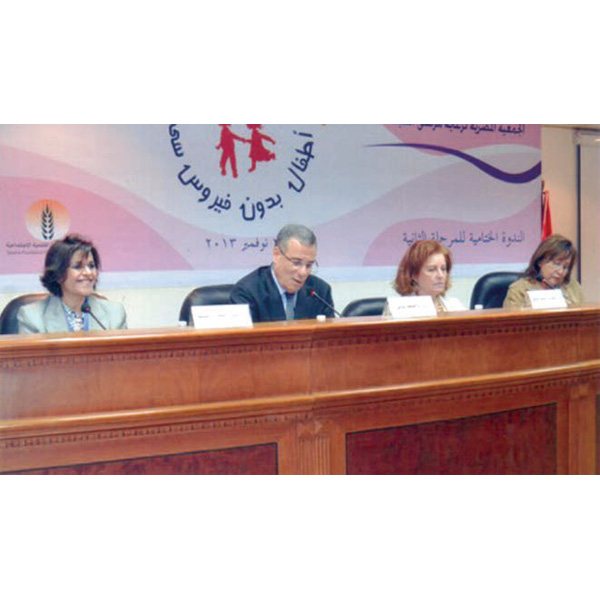 Sayed (far left) was a speaker at the Free C Child symposium, which was supported by the Egyptian Liver Care Society (ELSC), a non-governmental organisation. 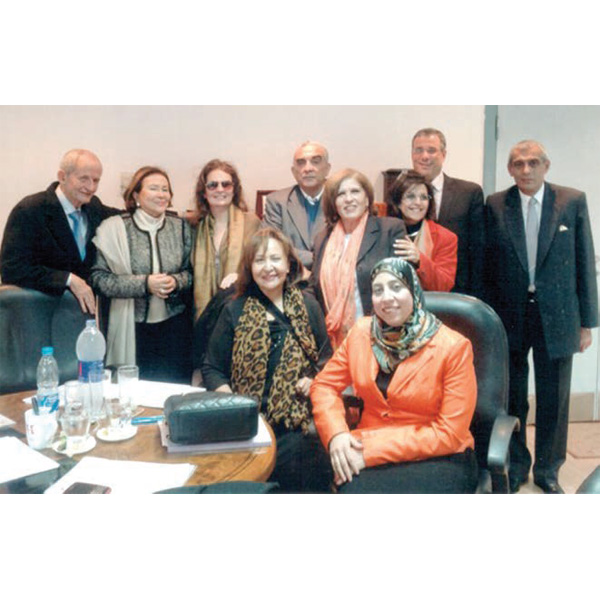 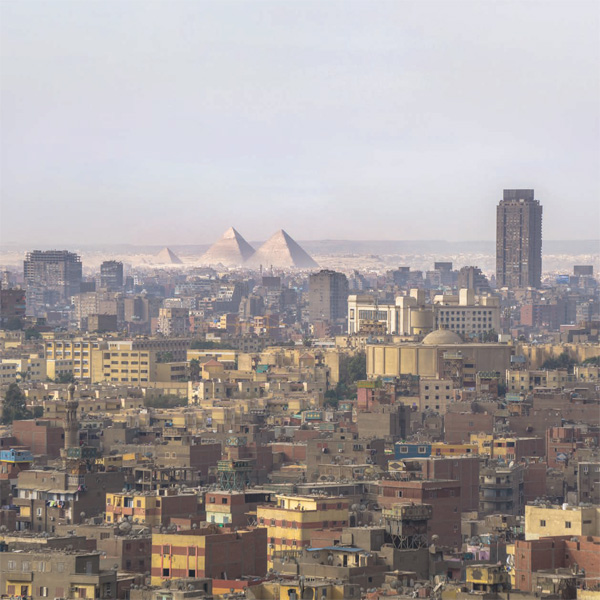 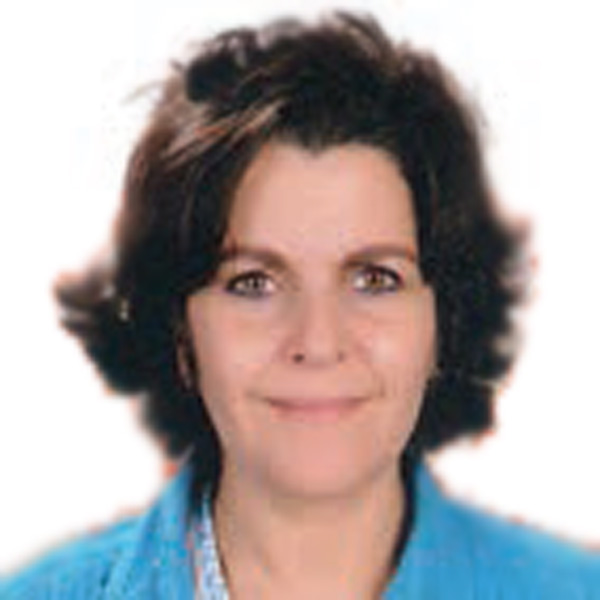 Dr Manal el-Sayed is professor of paediatrics at Ain Shams University in Cairo. Since 2006, she has been a member of the National Committee for Control of Viral Hepatitis, and oversees the planning and implementing of a programme for the prevention and management of this virus.
Post to: