Paper-based diagnostics at point-of-care are commonplace in today’s healthcare. However, they do have their limitations, something scientists are working to address. Andrew Tunnicliffe speaks with Professor Eden Morales-Narváez of the Center for Optics Research, Mexico, to find out how a variant of quantum physics could help.

For more than 200 years, scientists have been studying the use of papers to determine the health status of patients. In part based on work by Pliny the Elder shortly before his death in 79AD, the use of paper and dyes to gauge a patient’s condition became a scientific wonder at the beginning of the 19th century, when Joseph Louis Gay-Lussac first reported the use of litmus paper. Shortly after, a number of scientists began to develop dry chemistry test papers and dipsticks.

Much has changed since, and today, paper-based diagnostic testing is commonplace. They are used in most healthcare settings – from hospitals to doctors’ surgeries, from testing in professional sports, to determining whether a woman is expecting a child. However, its greatest achievement is to bring diagnostic testing to remote locations and developing countries, at a low cost and without the need for specially trained healthcare professionals.

At the beginning of 2015, an outbreak of the Zika virus gripped South and, later, North America. The disease, spread by mosquitoes, often resulted in mild symptoms for the patient but WHO declared it a public health emergency as evidence grew that pregnant women could transmit the virus to their unborn child, potentially leading to birth defects.

In May of the following year, a team of scientists from Harvard University’s Wyss Institute announced they had developed a paper-based diagnostic test they believed would not only benefit the fight against the Zika epidemic at the time, but also open new avenues for testing for Ebola, influenza, measles, SARS and West Nile virus thanks to a new ribonucleic acid (RNA) sequencing method. Although the diagnosis route was different to many paper-based tests, its development exhibited the benefit such testing kits offer, particularly in more challenging settings.

Though their use has revolutionised diagnostics, paper-based devices continue to present challenges according to Professor Eden Morales-Narvaez of the Center for Optics Research, in Mexico. The first, he explains, is they are generally qualitative, offering binary yes or no results. “Challenges include the development of novel devices with quantitative capabilities with high accuracy and precision, and the stability of bioreagents such as antibodies – for example, generally antibodies are not particularly stable at high temperatures, greater than 40°C,” he says.

Unlike the RNA device developed during the Zika epidemic, conventional devices often target glucose or proteins, or seek out antibodies or hormones relevant to certain diseases. “Paper-based devices take advantage of the hydrophilic character of paper, as well as capillarity-driven forces accompanied by specific reaction zones,” says Morales-Narvaez. “In this context, the sample flows throughout the device and reacts with specific bioreagents, thus triggering an electrochemical or optically active signal. They generally have lyophilised or pre-attached reagents or bioreagents that are able to specifically interact with clinically relevant analytes,” he continues. This interaction can be reported by an electrochemical or optical signal.

However, one of the biggest challenges current paper-based tests present is more to do with the limitations of conventional dyes. As well as potentially being toxic, leading to environmental concerns, the dyes can fade and not be bright enough to show trace amounts of analytes, the substance which is being tested for. This means concerns over test sensitivity are ever-present, potentially leading to false negative results.

“There are two types of sensitivity,” explains Morales-Narvaez. ‘The first is analytical sensitivity, which is related to the limit of detection of the paperbased device – the minimum concentration of the analyte that you can detect. A limit of detection around ng/mL or pg/mL is highly desired in paperbased devices.” He says the second is clinical sensitivity, related to the percentage of false negative results offered by the test. “A 100% of sensitivity means that the test has no false negatives.”

“Paper-based devices take advantage of the hydrophilic character of paper, as well as capillarity-driven forces accompanied by specific reaction zones.”

He says the aim is to improve sensitivity as some clinically relevant analytes (target molecules) are present in extremely low concentrations, for example ng/mL or even less. Morales-Narvaez and his team have been working to eliminate this by using metal nanoparticles (MNPs), amplifying light wavelengths to provide what the team say are brighter, longerlasting colour signals. To a degree, they are bringing an element of quantum physics to diagnostics through these metals, as the MNPs are up to 100 times smaller than the light waves themselves.

“These MNPs are tiny particles made of silver, gold, platinum and so on, with a diameter around one billionth part of a metre. That is, their dimension accounts for the nanoscale,” Morales-Narvaez says. “These nanoparticles offer a virtually limitless number of photons for sensing applications, since when hit by light they are able to amplify certain wavelengths according to their size, shape and composition. In fact, this precious optical property can be available for visual detection over long periods too.”

Although quite scientific, MNPs are comprised of what are known as positive ions and negatively charged free electrons. Together, they enhance a colour because the metal reacts to certain light wavelengths, making them vibrate, amplifying the light’s presence. The second critical advantage is the light wavelengths are adjustable, allowing for even greater sensitivity and ease of reading. These adjustments must be done during manufacture but mean paper-based devices are even more reliable, down to 30 molecules per drop of test sample to the naked eye.

“Nanoparticles offer a virtually limitless number of photons for sensing applications, since when hit by light they are able to amplify certain wavelengths according to their size, shape and composition.”

Morales-Narvaez believes once some of the challenges he has spoken of are addressed, these devices will enable the detection of molecular biomarkers via paper-based products, an asset in medicine at the point of care. He is confident they will also meet WHO’s ASSURED (affordable, sensitive, specific, user friendly, rapid and robust, equipment free, and deliverable to end users) criteria, making them an attractive proposition for healthcare providers the world over; in particular, in areas with limited resources.

“The ASSURED criteria is very important to operate in remote locations or in low-resource settings. Furthermore, biomarker detection is crucial in medicine as they are able to offer advanced information; for example, related to the pathologic status of a patient, the inherited predisposition of a specific illness, the status of a therapy or allergies,” he says.

As well as being affordable, in order to meet the ASSURED criteria devices must provide relatively quick diagnostic results, essential in helping prevent the spread of infectious disease. This is in addition to the ability for most people, without specific training, to use them, making it possible for countless more individuals to be tested for an array of conditions, in multiple settings.

This is not Morales-Narvaez first foray into the use of nanoparticles; indeed, he has been working in the field for more than five years now. “I have been working on this topic since 2014, at the early stage of my postdoc,” he explains. “I have learned to manipulate optical properties of metal nanoparticles embedded in paper-based devices in order to engineer new devices related to healthcare”.

He first researched nanopaper-based optical sensing platforms with the aim of assessing how they could be ‘tuned’, using nanomaterials, to exhibit plasmonic or photoluminescent properties that can be exploited for sensing applications.

In 2017, he and his colleagues developed a wearable nanoplasmonic patch that aimed to protect against the risk of overexposure to sun. The patch showed users when they had been exposed for too long, risking developing sun-related illnesses such as skin cancer. The UV-responsive agent, based on silver nanoparticles, of the transparent patch reacted to UV levels, particularly in subjects more prone to skin conditions: skin types I, II, III, and IV. It was a step towards developing the paper-based diagnostics he is working on today.

Morales-Narvaez is excited about the possibilities the work he and colleagues have been conducting, although he accepts it may be a little time before the benefits can be fully appreciated. Nanotoxicity is one area he identifies as a potential challenge; however, the issue is not exclusive to paper-based diagnostics. It relates to the possible exposure to quantum particles because of their size, although work is being carried out by academia in this field and, he says, their use is becoming increasingly common nonetheless.

“Silver nanoparticles are nowadays in hundreds of commercially available products, which are mainly focused on cosmetics and food products. Furthermore, gold nanoparticles are generally reported to be biocompatible,” he concludes.

Morales-Narvaez is clear there is much more to be done, and a lot to be gained. “Supported by my research team, we hope to discover new modulation mechanisms of metal nanoparticle optical properties. In doing so, we would like to develop innovative, highly sensitive and easy-to-use paper-based analytical devices.” The future is an exciting one for Morales-Narvaez and his colleagues, and for the treatment of patients, particularly in hard-to-reach parts of the world. 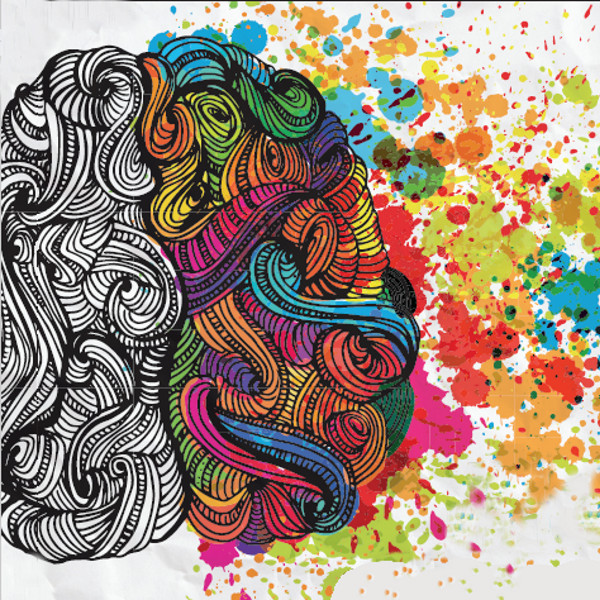 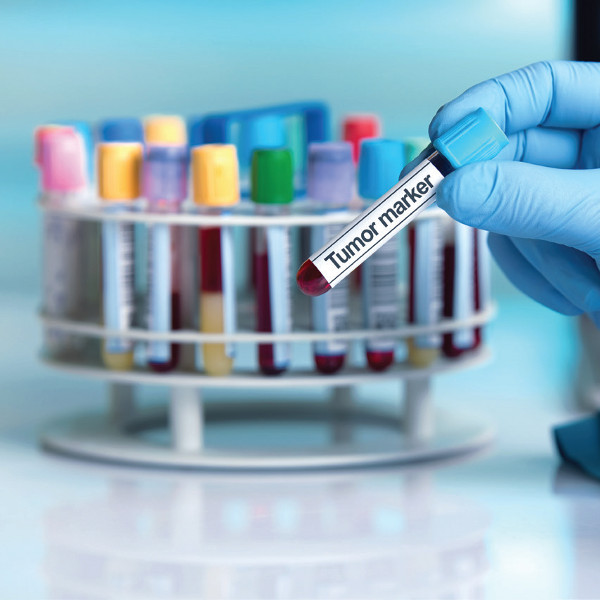 MNPs will enable the detection of molecular biomarkers via paper-based products.
Post to: