Doctors are misdiagnosing and mistreating obesity, and it is doing serious harm to society. This is the belief of Dr Nadia Ahmad, senior obesity solutions adviser for Ethicon and founding director of the Obesity Medicine Institute, who assesses the scientific elements and societal aspects that underpin obesity. She explains to Andrew Putwain how treatment options such as surgery can help to combat obesity and its associated conditions.

The first ever modern purpose-built suburb in the West was Levittown, Pennsylvania. An all- American picket-fenced utopia of big houses, manicured gardens, wide streets, children playing on the sidewalks and parks festooned with happy families having picnics, laughing gaily in the post-war sunshine. It all sounded idyllic.

It did not last long. The car-oriented, suburban-sprawl lifestyles that Levittown and its counterparts emphasised were soon part of the vicious cycle of poor health factors that culminated in a global epidemic that many believe is the worst that the human race has ever seen – yes, worse than the plague.

These are the words of Dr Nadia Ahmad, senior obesity solutions adviser for Ethicon, a Johnson & Johnson company. The Dubai-based physician has been monitoring the situation closely in her positions as founding director of the Obesity Medicine Institute, as well as internal medicine and obesity specialist at the Armada Medical Centre. With her extensive knowledge, she has reached conclusions about society’s management of obesity and where it is going wrong in preventing, diagnosing and treating the disease.

Accounting for individual and environmental factors

Her primary point of order, when speaking about her work with the disease, is that obesity is miscategorised. “Saying it’s a disease and treating it as a disease are two very different things,” she explains.

The diagnosis should be simple: people are overweight and need help. But that almost never happens and people still think of obesity as being a moral, rather than health issue. “The global trend is obesity. You’re going to have multiple environmental factors and some of them are well recognised by the public, while others are not recognised yet,” she says.

“It’s a range of things, including what we’re eating, the types of exercise we’re doing and our bodies trying to get used to not being as active anymore. This also goes into things like society’s stress levels and sleeping patterns being disrupted. It also goes even further into things like the invention of electricity – people use light bulbs at night that their eyes have not evolved to become accustomed to. These things all alter an individual’s metabolic function.”

These factors are individualistic, and one can try to control and manage them, explains Ahmad. “If I have an individual in front of me, I can say, ‘Ok, what food do you eat, let’s look at your intake and diet and try to make it healthier in its structure. Let’s also check your activity and stress levels.’”

She adds, “Then there are things like environmental exposure that are beyond the individual’s control; there is interesting data coming out for that, so we need more population-level evidence.” Research from around the world shows that chemicals, plastics, pesticides, air pollution and dust particles are interacting with our bodies and having an effect on our metabolisms. Even on a macro level, people are often not aware that these factors are related to obesity, which just adds to the confusion of why it isn’t thought of as a disease.

Ahmad says that some of this confusion is being addressed, albeit slowly. “One hypothesis is that people talk about as a cause is the environment,” she states. This is more specific to the issue of obesity in the MENA region. “The Middle East is a hot environment, it’s not as easy to go take a walk and exercise outside.”

She explains that, at the healthcare level, society is failing but there are at least some cultural changes to introduce. “I do see society making very big efforts to address these issues,” Ahmad says before elaborating on this by discussing the Dubai Fitness Challenge – a citywide programme that aims to get people active for half an hour daily over 30 days. This “creates momentum for people to engage in a [healthier] lifestyle”.

There is a growing cadre of physicians who have been around for decades, and were screaming from their pulpits that it’s a disease before anyone else said it.

Governments are also making an effort by offering plenty of physical activities. Ahmad says she sees a lot less of a barrier to exercising. The main reason behind this is the lack of training doctors receive. The miscategorisation and misdiagnosis of obesity as a disease, in particular, are lingering issues that are causing significant problems.

Healthcare needs to step up

Obesity is miscategorised, meaning that it is not viewed or treated as a disease. “What I think is very interesting is that there was a study in the US where people would say, when asked, that ‘yes, obesity is a disease’. And then you polled them further, asking, ‘Do you think it’s the person’s fault?’, to which they said, ‘Yes; it’s the person’s fault’.“ It is, therefore, abundantly clear that saying obesity is a disease and treating it as a disease are two very different things. “There is a growing cadre of physicians who have been around for decades, and were screaming from their pulpits that it’s a disease before anyone else said it,” Ahmad says.

The fact that society and the healthcare sector do not treat obesity as a disease is a problem because it means that fewer people are receiving treatment. “When doctors agree and believe that something is a disease, the first thing that they do, no matter their role in healthcare, is to treat and manage it,” Ahmad explains. “If patients are admitted to a hospital for something like chest pains, it’s normal practice to go through their medical history and make a list of every issue. So, a person could have a foot problem and a doctor will list it, even though it has nothing to do with chest pains, because they make a list of all of the medical issues. Yet people come in – and a high percentage of the population is obese – and obesity never becomes part of a diagnosis.”

Training and other solutions

In fact, obesity is listed between 0–5% of the time. Physicians do not even diagnose it – if they avoid doing so, how are doctors going to treat it? There are several modalities of treatment, but none of them have been applied as officially as they should, and there is no plan for further proper roll-outs.

Now doctors are learning to diagnose obesity as a disease, without deciding to offer weight loss schemes and vague exercise plans.

“We haven’t really trained professionals on how to deal with obesity and what to expect,” Ahmad explains, before expanding on a much more divisive topic. “There’s a role for pharmacotherapy, but the extent to which drugs are approved varies wildly, particularly in the Middle East. Medical professionals have a lot more to do to get these drugs on the market and used appropriately.”

There are certain authorities that are revising their guidelines and pushing to take this direction, Ahmad says. However, those who do agree to define obesity as a disease find that the legal framework and regulatory guidelines for drugs and medicinal intervention is limited, and will only focus on the patient losing weight, rather than the cause and effects of the condition.

Then comes the most controversial of all treatments. “Surgery is the most effective form of therapy and doing it for the right patients is by far the right procedure to do.” Ahmad goes on to say that obesity is an “epidemic”, so doctors need to act faster when considering surgery. “But again, there are issues surrounding surgical care, and the journey of the patient and how the they reach the surgeon.” This often leads to the patient self-referring for surgery, with 70% of people doing so.

A new breed of doctors and additional challenges to beat

In Ahmad’s view, if society was treating obesity purely as a disease, then there would be an accepted and appropriate pathway into the healthcare system. She states that this is an issue “not just in the Middle East, but also globally”.

Ahmad is hopeful and truly believes that education is having a profound effect. A new generation of doctors are coming through who are well versed in obesity-related matters, and more training and information is also becoming available. Now doctors are learning to diagnose obesity as a disease, instead of deciding to offer weight loss schemes and vague exercise plans.

While this is great and could ultimately lead to the disease being diagnosed properly, what we will see in the meantime is more patients struggling with obesity and being left to ‘figure it out’ on their own.

“A doctor might tell them to go and lose weight,” Ahmad concludes. “But there’s minimal guidance on what to do to achieve this in the majority of cases. The patient is left to whatever programme they find in the community or to the latest fad diet, and a lot of these programmes are not led by doctors or healthcare systems, so they are not necessarily evidence based.”

This means that they are not effective in the long run; patients become frustrated and very little is done to help them further. In the future, this kind of attitude will be something that concerns many. 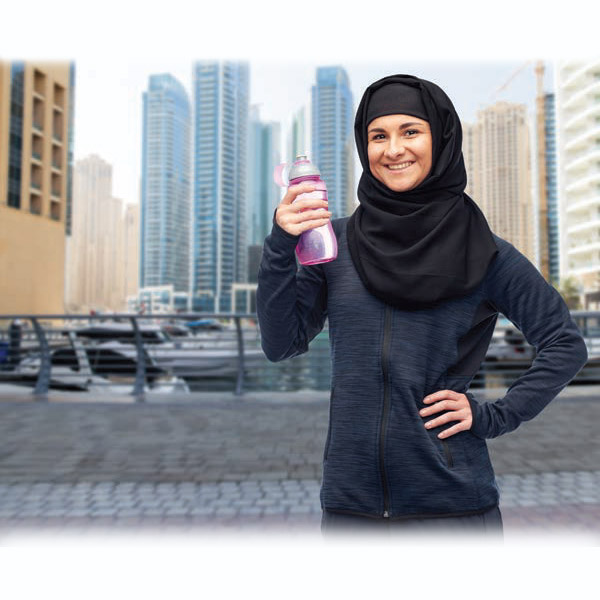 Programmes like the Dubai Fitness Challenge encourage people to be more active on a daily basis. This is a positive change, but more can be done – especially in the healthcare sector. 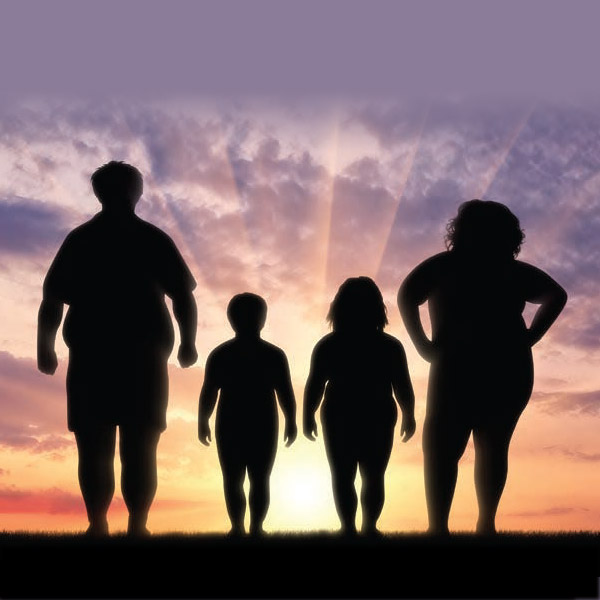 Misdiagnosis could be attributed to the belief that obesity is a lifestyle choice. In fact, air pollution, using plastic and many other extraneous factors are related to weight gain.

Dr Nadia Ahmad is an internal and obesity medicine specialist at Armada Medical Centre. The Dubai-based physician focuses on science and evidencebased treatments, and is the founding director of the Obesity Medicine Institute. She also works as a senior obesity solutions advisor at Ethicon.
Post to: