Electrotherapy units have been a part of doctors’ arsenals for decades, yet their use has long been hampered by technical drawbacks and dangerous side effects. But with the rise of nanotechnology, scientists finally have the chance to bring electrotherapy into our century. Andrea Valentino talks to Dr Xudong Wang, a professor at the University of Wisconsin-Madison, about how the humble bandage is now at the forefront of medical life.

Bandages have existed for almost as long as medicine itself. Centuries before Hippocrates, Mesopotamian doctors cleaned wounds with milk before dressing them with honey or resin. The great physician had his own ideas about how to heal a cut, advising his followers to boil wool bandages in wine.

Thankfully for patients, modern bandages tend not to be doused in claret, but this hardly means that they’re perfect. For example, though doctors now have access to over 6,000 types of dressing, made with everything from foam to hydrogel, none can heal chronic problems like foot ulcers or diabetic wounds.

Given that the NHS spends around ?650 million a year – or a full 0.5% of its budget – on treating diabetic ulcers alone, it is little wonder scientists have kept their noses in the hunt for possible fixes. This is especially obvious when you consider that 5% of all diabetic patients will end up needing medical help at some point during their lives. Even so, recent developments have come with their own set of difficulties. Electrotherapy, for example, is increasingly engaged to fight a range of wounds, including ulcers. But its use is stymied by unwieldy equipment and nasty side effects.

The situation is far from hopeless, though. By using minuscule, electrically charged bandages to target an affected area, doctors might soon be able to safely stimulate recovery in even the most serious of wounds, saving remarkable sums of money along the way.

Xudong Wang has long been interested in electricity. Over the past decade, the University of Wisconsin-Madison professor has worked on a range of projects, including harnessing current to power biomedical devices and charge batteries. But more recently, Wang began to reflect more carefully on the latent electrical power of our own bodies.

“We started to realise that all bodily activities are actually controlled by electricity,” Wang says. “Our bodies use all kinds of electrical signals to stimulate nerves and help cells grow. That led me to research how these electrical pulses could specifically facilitate those processes in our bodies.”

Doctors have known of these properties since the beginning of the millennium, but have had few methods of exploiting them. Instead, they have mostly relied on traditional electrotherapy units, delivering electrical signals to patients via probes. These machines can be beneficial up to a point. By sending electrical signals to wounded areas, the wound produces healing biochemicals and boosts fibroblasts – the type of cell that ultimately mends tissue.

Nonetheless, traditional electrotherapy units suffer from significant limitations. For starters, they are expensive. The cheapest models cost several-hundred pounds, while more sophisticated machines can set hospitals back more than ?2,300. Size is another problem facing electrotherapy. The height of a dinner table, wires and electrodes flapping like palm leaves, most electrotherapy machines are too cumbersome to move around. Even if they suffer from debilitating ulcers, patients will often have to travel in order for them to receive treatment.

Assuming that a patient can travel, the trip might end up doing them more harm than good. As the probes send powerful electrical signals through the body, the ensuing electrochemical reactions begin killing cells, causing aches and rashes. In some cases, electrotherapy can even stimulate cancer. As Wang puts it, this makes “regular treatment” with traditional machines impossible. At best, patients can manage about 30 minutes a day. For similar reasons, electrotherapy is not recommended for people with pacemakers and other implants, or pregnant women.

Talk to many doctors these days and a single word will be on their lips: nanotechnology. Though still in its infancy, tiny bits of sophisticated kit are already exploding the old ways of doing medicine, whether in fighting tumours or delivering drugs. This can be seen reflected by the extraordinary market growth. According to Market Study Report, the medical nanotechnology industry will jump to $225 billion by 2024, 9.7% up from 2019.

Wang and his colleagues flung themselves into this volatile world for their latest project. But if nanotechnology is, in general, a fiendishly complex field, the team at Madison tried to keep things simple. In essence, they created a bandage, not so different from those used by Hippocrates and the Mesopotamians.

“Our bodies use all kinds of electrical signals to stimulate nerves and help cells grow. That led me to research how these electrical pulses could specifically facilitate those processes in our bodies.”

By wrapping a stretchy nanogenerator around the chest of a patient, doctors can produce power from their breathing. Its triboelectric layer, which generates current by rubbing against the skin as it moves, makes the device remarkably sensitive. Despite being just 1mm thick, the tiniest movement can generate a 1V signal. After that, the electrical energy is sent through wires to a bandage over the wounded area, delivering a continuous flow of current.

From the beginning, it was obvious that Wang and his team were on to something. Because their system is portable and gentle, it can be worn all day, every day. This maximises the benefits of electrotherapy – producing biochemicals and helping fibroblasts – without any of the drawbacks of the bulky electrotherapy machines seen previously. Even so, the scientists were amazed with what they saw. The rats that were tested on their system were healed of their wounds in as little as three days, down from nearly a fortnight using old-fashioned methods. “I expected our device to give some help,” Wang says, “but the surprise is that it worked so fast.”

All of this could transform how wounds are treated. Apart from healing more effectively, the new bandages are light and simple enough to be used at home. It helps, too, that the devices are so cheap. Though Wang refuses to put an exact price on his dressings, given “the technology, configuration and materials, we don’t expect that the cost of the bandage would be high”.

“I expected our device to give some help, but the surprise is that it worked so fast.”

Similar trials elsewhere certainly support his case. How else can the success of nanogenerator bandages be explained in developing countries like Egypt, where scientists at the Zewail City of Science and Technology recently won plaudits for their work. It is no wonder then that Wang is keen to move his invention into the market as soon as possible. “There are a lot of things that need to be done, and can be done, in the near future,” says Wang.

That last comment is telling. As tempting as it might be to hang up their lab coats and grab a drink – hardly a challenge in beer-mad Wisconsin – Wang and his team are refusing to relax. Tweaking the energy source is one area of focus. At the moment, the nanogenerators are mostly powered by breathing, which explains why Wang wrapped the devices round the chests of his rodent patients. But if this approach works well in a controlled lab environment – “rats and other mammals breathe no matter what” – what happens if the patient has a foot ulcer? Hanging wires down from the chest is hardly practical.

The solution, Wang says, is to develop a bandage that “is very sensitive, to produce electrical pulses all around the body”. This would allow the nanogenerator and the bandage to sit snugly together away from the heart, generating energy from unconscious twitches and avoiding the sort of tangle that handicapped traditional electrotherapy units. On a more fundamental level, the team hopes to learn more about how electrical fields promote wound recovery. To this end, Wang soon plans to test his device on pig skin, which closely resembles the structure of human tissue.

With this kind of enthusiasm, it is unsurprising that Wang and his team are so excited for the future. “I think our bandages have great potential for the recovery community,” he says. Not that Wang expects electrotherapy of the future to be used purely on the traditional range of diabetic wounds and ulcers. “We expect to extend the technology for other chronic conditions, like burn wounds.” Even cosmetic problems, like chickenpox scars or acne, could one day be solved by nanoelectric bandages.

Nor do the dressings seem set to remain in civilian hospitals. After all, their speed and versatility make them perfect for rugged battlefield conditions. Speaking after Wang published his results last year, a colleague at the University of Wisconsin-Madison argued that, “The military is always looking for something that’s easy to transport and easily applied by anyone without advance training, and this is definitely something that could fit the bill.”

This is all good news. For too long, electrotherapy has been trapped by bad side effects and worse equipment. Thousands of years after bandages were first dipped in wine, the technology is finally joining our own time. 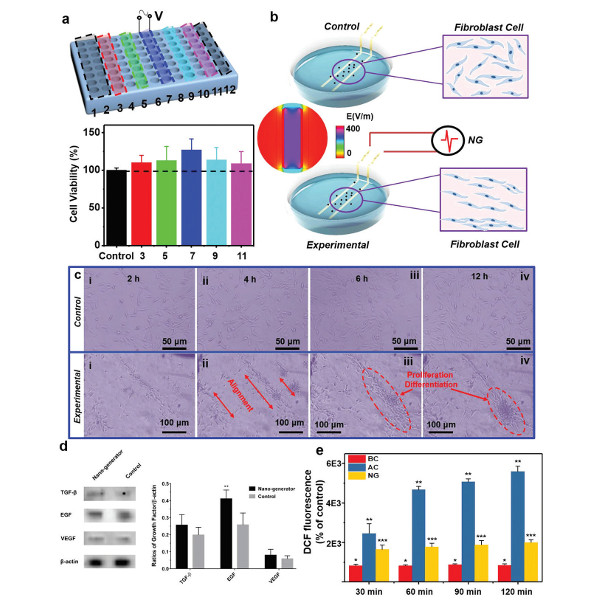 By applying nanotechnology to electrotherapy, researchers were surprised by its effectiveness in treating wounds. 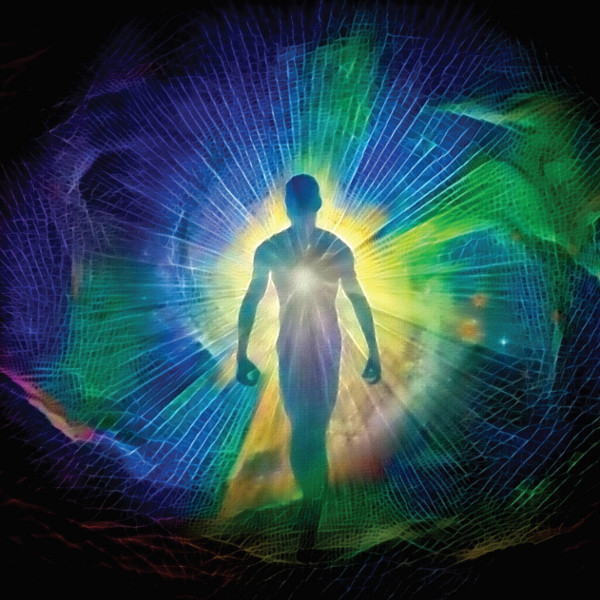