From past to present

Surgical site infections are the most common healthcare-associated infections, resulting in widespread suffering and economic loss. Adrian Gombart, author and professor of biochemistry and biophysics in Oregon State University’s College of Science, and Jingwei Xie, assistant professor at the University of Nebraska Medical Centre, discuss the opportunities of nanofibre-based dressings for wound care.

Infections occur in wounds from both traumatic injuries and surgical sites. The latter accounts for approximately 300,000–500,000 infections every year in the US, equivalent to 2–5% of surgical patients. The subsequent increase in hospital stays results in up to $10 billion annually in additional healthcare costs. It is thus imperative to address this issue to reduce infections, save lives and lower healthcare costs. Although wound treatment may seem to be a relatively recent phenomenon, it can be traced back to prehistory. Different herbal remedies for wounds were developed depending on the trees, shrubs, or any other type of plants located within their environment. Knowledge about effective treatments was passed down through generations by tribal healers.

Wound dressing through the ages

Within ancient Greece, as these healers developed into doctors, it evolved into a primitive pharmaceutical industry where traders would travel overseas bringing herbs that would be used for specific wounds. As with most industries, patients began to avoid the doctors altogether and instead purchased the herbs directly from traders, who would provide advise on the effects and quantities that should be taken. The Greeks also acknowledged the importance of wound closure, and were the first to differentiate between acute and chronic wounds, referring to them as ‘fresh’ and ‘nonhealing’, respectively. Galen of Pergamum, a Greek surgeon who served Roman gladiators circa AD120– 201, made a number of significant contributions to the field of wound care. The most important was the recognition of the importance of maintaining wound site moisture to ensure successful wound closure.

The clinical history of wound care can also be traced back to ancient Egypt. The Ebers Papyrus, circa 1,500 BC, details the use of a number of materials for topical treatments for wounds, including lint, animal grease and honey. The lint provided its natural absorbency, the animal grease provided a barrier to environmental pathogens, and the honey served as an antibiotic agent, all of which are important properties in wound treatment today.

The first major advances in the field occurred with the work of Ignaz Philipp Semmelweis, a Hungarian obstetrician who discovered how cleanliness prevented maternal deaths. This work was further developed by an English surgeon, Joseph Lister, in the 1860s, who treated his surgical gauze with phenol and was able to significantly reduce his surgical team’s mortality rate.

Building on Lister’s success with pre-treated surgical gauze, Robert Wood Johnson, co-founder of Johnson & Johnson, began producing gauze and wound dressings sterilized with dry heat, steam, and pressure in the 1890s. These innovations in wound site dressings marked the first major steps forward in the field since the previous advances of the Egyptians and Greeks.

During the First World War, chemist Henry Drysdale Dakin was consulted and invented Dakin’s Solution, sodium hypochlorate and boric acid, to wash the wounds of British soldiers fighting in France. In the 1950s, the advent of fibrous synthetics such as nylon, polyethylene, polypropylene, and polyvinyls provided new materials that could be used for not only treating wounds but accelerating the natural healing process, in line with the aims of modern treatment approaches.

When a wound occurs, it is imperative to quickly establish the skin’s structure and functions to maintain homeostasis in the body. Although the skin possesses self-regenerative abilities, many types of wounds do not heal by themselves. Wound dressings are thus necessary to enhance healing while being able to cope with microbes, specifically antibiotic resistant bacteria that could interfere with the process.

To overcome this issue, new bioactive dressings have been developed to mimic the skin’s native structure and are compatible with cell loading (keratinocytes, fibroblasts and stem cells). Depending on their ability to replace the epidermis, they are grouped as epidermal, dermal and epidermal-dermal substitutes respectively. However, the production costs of these are high and often the dressings are unable to fully re-establish all native skin features.

$10 billion
The annual cost in increased hospital stays due to postsurgical infections.
American College of Surgeons and Surgical Infection Society

Adrian Gombart and Jingwei Xie have been keen to approach this issue from a new perspective. “My group discovered that vitamin D induces the expression of an antimicrobial peptide gene (cathelicidin antimicrobial peptide or CAMP gene) in immune cells and skin cells,” explains Gombart. “We proposed that we could use this knowledge to improve immune responses in wounds to reduce infection.” Researchers published their findings in Nanomedicine.

In addition to boosting the immune system, vitamin D plays an important role in reducing inflammation and improving wound healing, making it ideally suited for this purpose. However, it cannot simply be used topically because it is rapidly absorbed and requires repeated application.

To address this problem, researchers used a different method to encapsulate drugs and other molecules in nanofibre materials that could be used to produce bandages, sutures and coatings for surgical materials. “By encapsulating vitamin D, we can provide a sustained release over time that obviates the need for repeated applications to wounds, thus stimulating the production of the antimicrobial peptide, reducing inflammation and promoting wound healing over time,” says Xie. “These nanofibre materials provide a scaffold for wound healing, and are safe and biodegradable.”

A novel aspect of this research was the use of the active form of vitamin D. Previous research with nanofibre-based sutures has used the inactive form, 25-hydroxyvitamin D3. In the current study, the dressings were capable of delivering vitamin D on a sustained basis over four weeks. These significantly induced production of a peptide, hCAP18/LL37, which kills microbes by disrupting their membranes.

The dressings work by enhancing innate immune responses rather than by containing conventional, single-target antimicrobial compounds. This means they are less likely to contribute to drug resistance. In the study, they were tested on human skin (in vitro) in a culture dish, as well as in vitro with keratinocyte and monocyte cell lines, and in a mouse model (in vivo).

A new tale is spun

Nanofibres can be prepared by a series of techniques, including self-assembly, phase separation and electrospinning. The latter is most common and has been applied in a number of biomedical contexts, including drug delivery systems, 3D constructs for tissue regeneration of cartilage, bone, heart valves, muscle, neural tissue as well as skin.

Electrospinning is not new. It has been widely used since the late 20th centuries but has since dramatically improved in terms of instrument design, material used, and nanomaterials produced. Since its inception, it has gathered increased attention in the scientific community and in industry, and is now considered to be a vital scientific and commercial venture with global economic benefits. Gombart and Xie used electrospinning to prepare the dressings containing the bioactive form of vitamin D. This fibre production method uses electric force to draw charged threads of polymer solutions or polymer melts up to fibre diameters in the order of several hundred nanometres.

“Electrospinning is a versatile, simple, cost-effective, and reproducible technique for generating long fibres with nanoscale diameters,” explains Xie. “It is difficult to encapsulate hydrophobic molecules inside hydrogels. In sponges, hydrophobic drug molecules usually crystalise after encapsulation, which slows down the dissolution rate and is unfavourable.” As a result, electrospun nanofibre wound dressings offer significant benefits over hydrogels or sponges for local drug delivery. “They offer ease of incorporation of drugs, particularly hydrophobic molecules, inside nanofibres, ease of control of release profiles by controlling the porosity of nanofibres and their degradation profiles, and exhibit an amorphous state for hydrophobic drug molecules, thus enhancing the solubility of drugs,” explains Xie. “The architecture of electrospun nanofibres mimics the collagen structure of the extracellular matrix (ECM) – a 3D network of collagen fibres 50–500nm in diameter; therefore, compared with traditional wound dressings, nanofibrebased wound dressings provide several functional and structural advantages including haemostasis, high filtration, semi-permeability, conformability and scar-free healing.”

Xie’s and Gombart’s groups have demonstrated that these nanofibres induce the expression of the antimicrobial peptide in vitro and in vivo, representing proof of concept. Researchers are now keen to build upon these findings in their future work. “With funding from the NIH, our collaborators, Dr Arup Indra and Dr Gitali Indra at Oregon State University, we are now testing the ability of nanofibre bandages to induce the antimicrobial peptide gene and improve wound healing in the mouse,” explains Gombart. “We are also exploring the potential of these bandages to reduce bacterial infections in the mouse. Xie is working on co-encapsulation of other molecules with vitamin D that could improve the function of these wound dressings.”

Aside from taking this particular research forward, researchers are looking to explore possibilities outside wound care. “The Gombart lab is looking for additional molecules; in particular, natural products that regulate expression of the CAMP gene,” says Gombart. “We hope to develop safe therapies for treating a number of conditions that involve immunity and inflammation, from infections to obesity and metabolic syndrome.”

There are a number of different wound dressings available, which are dependent on the particular injury sustained:
¦Dry dressings: these dressings are usually comprised of a gauze material and used for wounds with a small amount of drainage. These dressings are useful for keeping the wound covered after cleaning and to promote healing, as well as taking out small amounts of infection.
¦Wet-to-dry dressings: these are mostly used for post-surgical wound care as well as debridement of wounds. In this type of dressing, the gauze is soaked in saline, placed lightly inside of the wound and covered with a dry dressing. The gauze can be removed once it has dried.
¦Foam dressings: dressings that require additional padding use foam pads to help absorb and provide a moist healing environment. They also act as a shield to the wound and prevent any damage from occurring.
¦Alginate dressings: these dressings are comprised of calcium and sodium salts, and provide a moist environment for the healing process. They are most suited to larger wounds, such as ulcers or donor sites.
¦Hydro-fibre dressings: these are similar to alginate dressings in terms of absorption but they do not affect haemostasis. They are composed in sheets which contain polymer carboxymethylcellulose and can be cut according to the size and severity of the wound. A secondary dressing is always required.
¦Hydrogel dressings: this type of dressing is designed for infected areas and those in need of a moist environment to sufficiently heal. It helps promote the body’s own natural functions of removing necrotic tissue and is not advised to be used on dry wounds.
¦Self-adaptive dressings: these are highly absorbent and rely on the properties of smart polymers, which are sensitive to humidity levels. The material responds to changes in wound moisture in real time and can switch between absorption and hydration. They can be used on most open wounds.
Source: Biomedicine 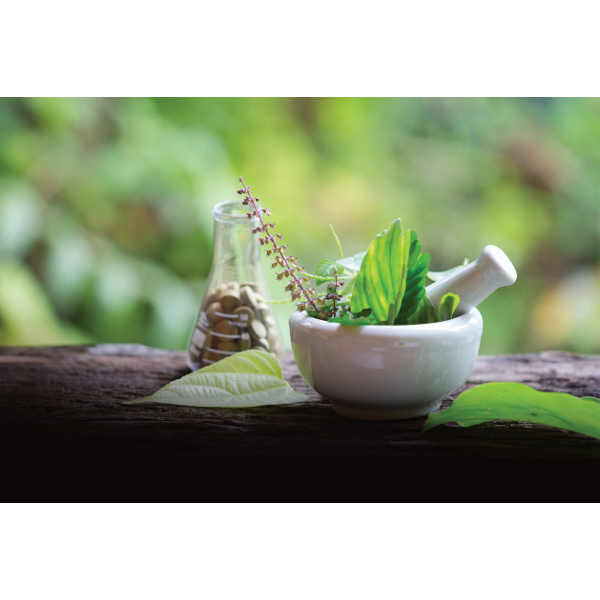 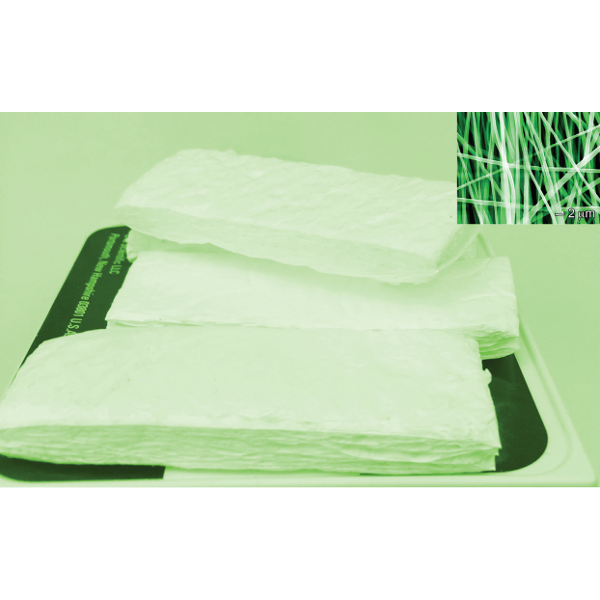