Despite being a major threat to both genders, cardiovascular disease tends to be regarded as primarily a male concern. Men are more likely to be screened for signs of symptoms and the classic indicators of heart attack that we are taught to look for – pain in the left arm, for example – may not even manifest themselves in women. As a result, there is a paucity of data on the early detection and prevention of cardiovascular disease in females compared with the amount of male-specific research. Women are, however, routinely checked for breast cancer and recent studies have shown that combining mammography with cardiovascular screening could have a hugely beneficial impact on female health.

Recent research into the association of breast arterial calcification and the risk of heart disease undertaken by a team of breast imaging experts, chest radiologists and cardiologists highlighted the potential crossover between the two diagnostic techniques.

The study, which was funded by the Flight Attendants Medical Research Institute, used the technique by which mammograms search for tumours in breasts to scrutinise arteries for the same tell-tale signs calcium build-up, which in the latter case can indicate cardiovascular disease.

“We essentially get a free look at a woman’s blood vessels each time we do a mammogram,” explains Dr Margolies chief of Breast Imaging at the Dubin Breast Center at New York’s Mount Sinai Hospital.

“Mammograms are designed to be exquisitely sensitive to calcium deposits,” she continues. “Calcifications in breast tissue can be a sign of cancer. Just as we can see calcification in mammary tissue, we can see it in the walls of the arteries that supply nutrients to the breast.

Having helped to establish the link between calcium in breast blood vessels and significant coronary artery disease, Margolies that this information will enable women and their physicians to take earlier action to help prevent heart attacks and strokes. Interventions may include medication and changes to lifestyle and diet, as well as a host of other options. Women may also be screened further for heart disease with calcium scoring cardiac computed tomography (CT) and even have a special scan of the coronary arteries to look for soft plaque.

These non-invasive tests have improved greatly in recent times and give doctors a detailed look at the health of a patient’s coronary arteries. Also, these additional measures coupled with blood tests can help a physician determine an individual’s risk of heart disease.

The study expands upon the theme of under-diagnosed women. It states that “the prevalence of disease is underestimated, which may lead to underuse of preventative therapies in appropriately higher risk cases”. Margolies stresses that this doesn’t mean that heart diseases has been seen as a more ‘male’ affliction, but that using mammograms can only help to increase the number of diagnoses overall.

“Women’s cardiac health has been relatively neglected in research and practice, she says. “We are presenting an accessible way, without extra time, cost or radiation, of determining risk. Our breast arterial calcium score included the number of involved vessels, the length of involvement and the density of calcification.

“It is easy to calculate on every mammogram. We correlated our novel score with risk assessment strategies including coronary artery calcium scoring from Cat Scan, the Framingham Risk Score (which considers factors including age, gender, total cholesterol, high-density lipoprotein, smoking history and systolic blood pressure) and the 2013 Cholesterol Guidelines Pooled Cohort Equation, which added race and diastolic blood pressure.”

“We found that breast arterial calcification was an equivalent, if not better, predictor of coronary calcium than either the Framingham Risk score or the Cholesterol Guidelines Pooled Cohort Equation. Thus, this study shows that it can be used to identify high-risk women, those who might be unaware of the likelihood of their suffering a cardiovascular event.”

The transition from analogue to digital mammography has also it easier for radiologists to magnify images to make small or faint arterial calcifications more conspicuous, and Margolies thinks this will also help push the technique further into new territory. “Radiologists have only recently begun to look beyond target organs for other signs of disease,” she says. “Now our research shows that chest CT scan for lung cancer can also be used to look at the heart and aorta for calcification, and the bones for signs of osteoporosis.”

“Using mammography to promote cardiac disease prevention strategies is a tool in its infancy, and radiologists and cardiologists are just at the beginning of learning how to use the information gleaned from them about vascular health,” says Margolies. “We will need to study thousands of women and follow them for many years to know how effective mammography is, or can be, at promoting heart healthy strategies.”

The results thus far are sufficiently encouraging to herald a potential change in standard procedure, however. “This way of looking at breast arterial calcification might parallel the reporting practices of breast density in the US,” says Margolies. “It is superior to standard cardiovascular risk factors in terms of predicting the presence of coronary calcifications; prevention is key to decreasing cardiovascular mortality.

“It is very reasonable to report breast arterial calcification on all digital mammograms and this provides the opportunity to significantly improve the identification of high-risk women by simple analysis of pre-existing images from a widely used screening tool.”

Margolies urges further research in order to ensure that reporting of breast arterial calcification becomes a routine component of a mammogram report.

“This was the methodology that proved that screening mammography saves lives from breast cancer,” she says, “and I hope that more studies are done on the role of breast arterial calcification detection on promoting cardiovascular health and survival.

“We need to remember that it is not only how long a woman lives, but how well she lives. There is a big difference between being active and being very limited in activity by cardiac disease, and taking action based on knowledge of breast arterial calcification may be one of the best ways we have of reducing cardiovascular disease in women.

“Ultimately,” she concludes, “it’s about using mammography to go beyond early detection of breast cancer to save lives that might otherwise be prematurely lost.” 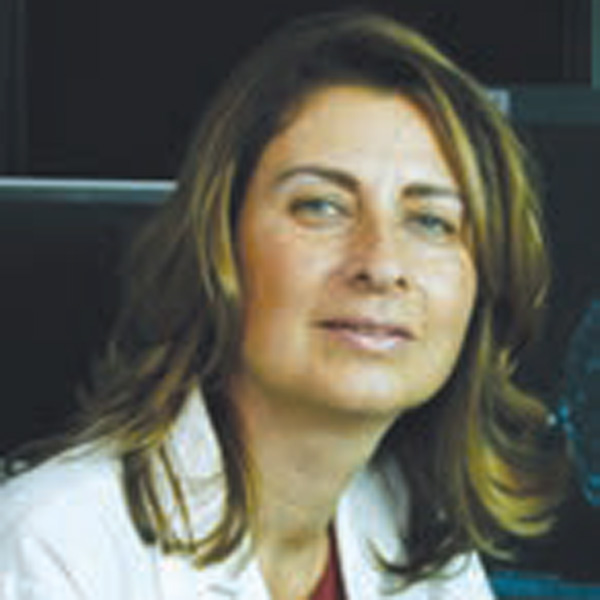 Dr Laurie Margolies is an associate professor and the director of breast imaging at the Dubin Breast Center in New York City’s Mount Sinai Hospital. She is responsible for teaching residents and fellows, guiding the centre’s clinical care facility and facilitating translational research. 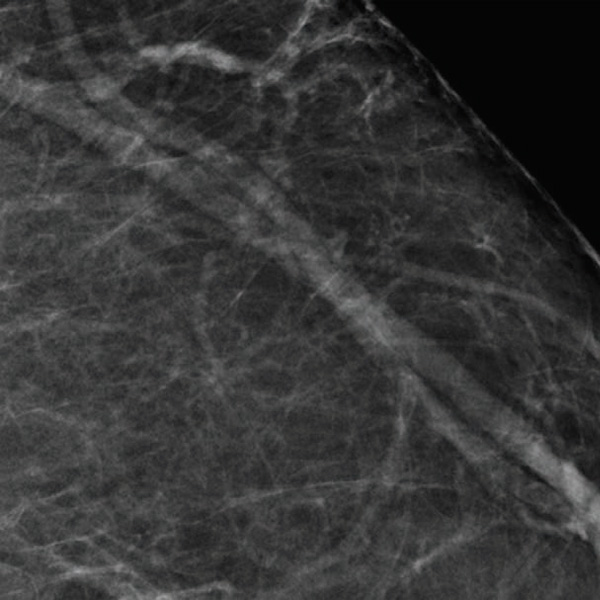 No calcium build-up was present in this scan. 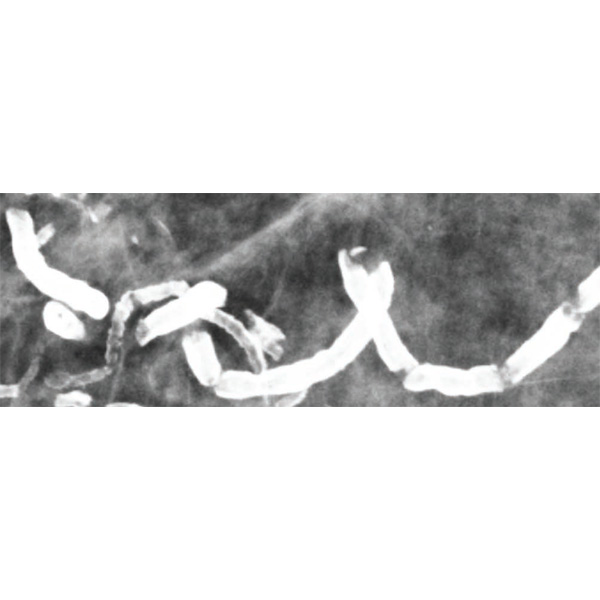 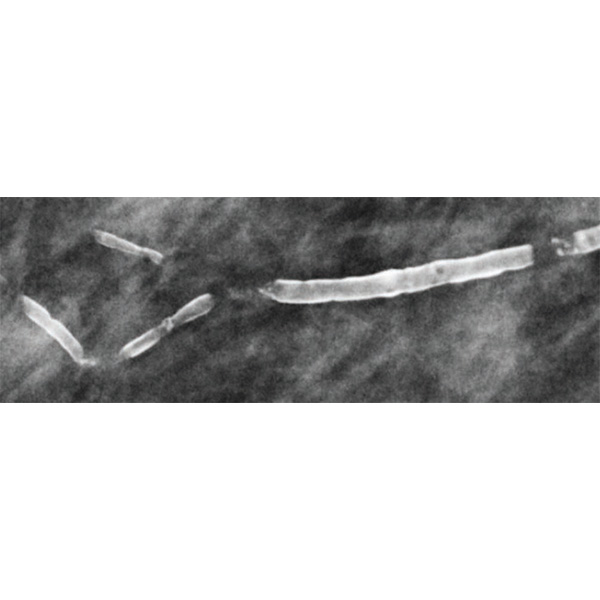 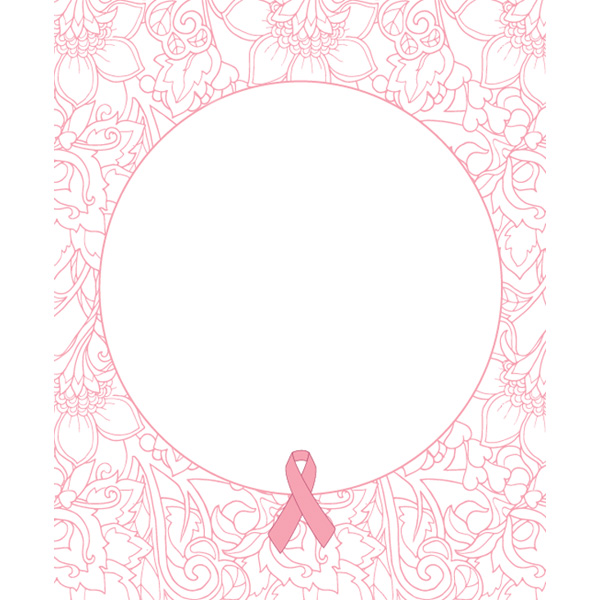 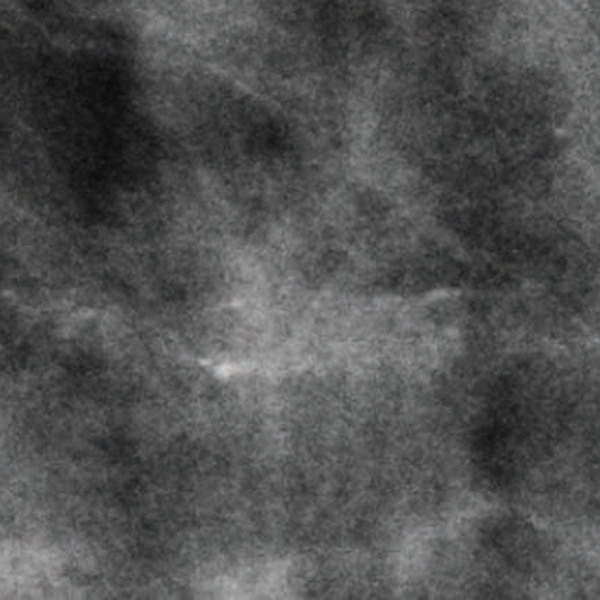