Space travel takes its toll on the bones of astronauts. As NASA plans for longer and riskier missions to other worlds, it is vital this phenomenon is better understood so that relevant countermeasures can be devised. Natalie Healey meets Dr Jean Sibonga from NASA’s Johnson Space Center to discuss medical imaging research on returning cadets, while Techshot’s Dr Eugene Boland introduces the first X-ray machine aboard the International Space Station.

In 2013, Commander Chris Hadfield had the general public captivated. The Canadian astronaut's five months on the International Space Station (ISS) saw him take social media by storm with his tongue-in-cheek David Bowie covers and tutorials on sandwich-making in microgravity. Hadfield proved himself a wonderful science communicator, but his goofier videos may have overshadowed his speaking out about a significant way space takes its toll on the human body.

Astronauts lose bone density as their skeletons adapt to weightlessness. We tend to think of bone as a rigid structure - just a component that provides a shape to our body - but really, it's a metabolically active substance composed of several types of cells. It's the balance between the roles of osteoblasts, which build up bone tissue, and osteoclasts, which break it down again, that determine the organ's density. By a process known as remodelling, our skeleton is constantly being created and replaced depending on the signals detected by both types of cells. In space, the messages sent to the cells that direct the remodelling appear to be disrupted.

"It's the old adage of 'use it or lose it'," explains Dr Jean Sibonga, lead bone medical researcher in the human research programme at NASA's Johnson Space Center. "As you're not subjected to gravity 24 hours a day, seven days a week, your skeleton just doesn't have to be as strong or carry all that bone mineral in order to resist the forces placed upon it. Why carry around all that extra mass when your body is hardly working?"

Studies of returnees from the Mir space station, which orbited Earth from 1986 until 2001, were the first to confirm that astronauts lose bone-mineral density at a rapid rate - 1-2% a month spent in flight, a rate far higher than elderly people in terrestrial settings. Loss of bone mass may lead to an increased risk of fracture. If such an incident occurs in space, it could be potentially life-threatening or, at the very least, assignment-compromising.

Sibonga's work focuses on mitigating the dangers to long-term health during a mission. Being an astronaut is a risky business, so it's her team's job to evaluate countermeasures - such as exercise routines and supplements - to problems like osteoporosis, particularly as cadets are poised to embark upon missions far longer in duration than previously attempted.

"Astronauts lose bone very rapidly at the hip and the vertebrae of the spine," she says. "Those changes may persist after they return to Earth, and if combined with age-related changes, astronauts may have fragility fractures at a much younger age than we would typically expect in terrestrial medicine," she says.

Hadfield's five-month excursion left him with approximately 8% loss of bone across the hip; at the time of writing, nine months later, only now would it be almost fully restored. He did important work during his time in orbit, but NASA has made no secret of loftier goals; the real target is exploration of other worlds, starting with Mars. But the journey to the red planet is an eye-wateringly long one that will undoubtedly have greater impact on bone health than Hadfield's experience. He got off lightly.

"Bone loss is a tall pole in the tent when it comes to long-term exploration of space. It could take nine months just to get to Mars," says Dr Eugene Boland, chief scientist at engineering company Techshot. "Because of the way the planets are always moving, you couldn't come back very quickly either."

"No one wants to get that 20-minute-delayed phone call saying, ‘Okay, how do you set a bone on Mars?'."

A return trip would be a significant exposure to far weaker gravity than normal, and that's just for exploration purposes - what if you're not intending to come back to Earth at all? If Dutch entrepreneur Bas Lansdrop is to be believed, by 2025, his private space-flight project, Mars One, will see the establishment of a permanent human colony on a planet where the gravity is 38% of Earth's, a decade earlier than NASA's Orion mission intends. Time is running out to solve the ensuing osteoporosis problem, so research needs to ramp up.

"No one wants to get that 20-minute-delayed phone call saying, 'Okay, how do you set a bone on Mars?'," Boland points out.

Sibonga's lab looks at scans taken pre and post-flight, and these results have led to exercise regimens that have had a positive impact on bone density during typical six-month stays aboard the ISS. But without real-time data - scans of people or animals completed during a mission - it's hard to understand when the application of a given safeguard would be most effective, so NASA has turned to animal research.

Rodents in particular make great test subjects as they age far faster than humans. In September, the first studies in the new rodent research facility on board the SpaceX CRS-4 Dragon cargo resupply mission to the ISS took place. Boland's company was commissioned by the Center for the Advancement of Science in Space to provide a special piece of equipment.

Techshot's bone densitometer is the first X-ray system for the ISS, and it will be used by astronauts to study bone loss in mice. Approximately the size of a conventional microwave, the device uses dual-energy X-ray absorptiometry (DXA) to determine the density of bone.

"It uses two different energy levels of X-ray and basically compares it. Our device takes a series of images at a high and low energy level, and compares the density based on mathematical algorithms," explains Boland.

Not only does the machine provide bone-mineral density readings, but it also calculates muscle mass and body fat - something previously impossible in orbit. The data that it helps to gather will enable scientists to study musculoskeletal phenomena related to space flight, and pharmaceutical companies will likely use the device in the future to test new therapies.

Sending mice into space sounds cruel, but the experimental conditions are actually less invasive than on-Earth tests, which typically use a hind-limb-suspension model, where the animal is hung by its tail, to observe bone loss.

"It's unfortunately putting a lot of stress on the animal, and we think we can overcome these physiological changes by letting the animal adapt to a space environment," says Boland. "The animal actually adapts to weightlessness much faster than they adapt to being hung by their tail, so we think we can actually get higher-quality data."

In it for the long haul

Obviously, designing an X-ray machine to work in microgravity on the unusual power sources aboard the ISS is no mean feat. Techshot stripped down the device, removing any materials that could pose harm - for example, replacing wires normally insulated with PVC with Teflon insulation to reduce the risks of toxic gas release. However, radiation, a common worry for NASA, which strictly monitors astronauts' exposure, was actually not a problem.

"The nice part of DXA is the radiation exposure is very fast, and the actual dosage is less than a typical dental X-ray," says Boland. "As we commonly joke in house, you'll actually get more radiation from eating a banana than you will from using our bone densitometer in space."

Back on Earth, Sibonga's team uses another type of imaging to monitor skeletal recovery for a few astronauts that have spent time on the ISS: quantitative computed tomography (QCT), which allows researchers to observe regional changes in bone.

"When you use DXA technology, it averages the total mass of the cortical [hard] or the trabecular [spongy] bone, but we're missing some information. If you can delineate those two compartments with another technique, you can evaluate whether or not astronauts are recovering when they return," Sibonga explains.

A 2010 study by Carpenter et al, published in Acta Astronautica, conducted the first long-term volumetric measurements of the hip and spine of eight crew members for up to 4.5 years after long-duration space flight. The difference between the two different types of bone was striking.

"While the bone-mineral density for DXA was showing astronauts were recovering during that time period, if you just looked at the spongy bone alone [with QCT], it looked as if they were still losing bone after they returned to Earth," Sibonga says.

The data suggests that skeletal changes could persist even after multiple years of recovery and has important implications for the heath of crew members, particularly those who make repeat trips to space. Clinical experts were concerned, as the trabecular compartment of the hip is an independent predictor of fracture. But further studies are needed for a more comprehensive examination of which bones are most affected.

"We can't afford the time, nor do we have enough astronauts, to count the number of fractures that might occur just to see if astronauts are at increased risk. After all, some fractures might not occur until ten to 15 years after return," Sibonga points out. "We need to learn as much as we can about what's happening to bones so we can develop models and maybe predict fracture risk - kind of like the models meteorologists develop to forecast hurricanes."

A solution to space-induced bone loss is desperately needed before NASA's longer missions begin. Research efforts like Sibonga's and the animal experiments aboard the ISS will give the space agency far more information to work with in order to establish the best protective measures.

"NASA has committed full speed ahead that its mission is exploration; the target is fully set on Mars," explains Boland. "And even if you just want to get a bit of red dust on your foot, Mars is still an 18-month round trip. That year and a half could be a loss of 36%, so even a healthy young astronaut could come home with a full-blown case of osteoporosis.

"We have to come up with a solution before these guys launch, because this isn't going to be a lunar landing where you just plant a flag and come home; this is about pioneering," he finishes. 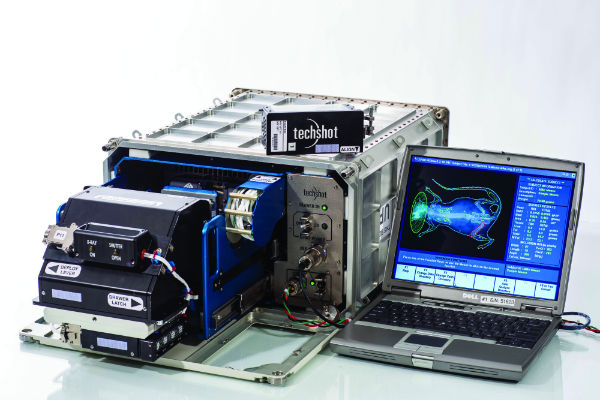 The Techshot bone densitometer will be in use on board the ISS to provide in-flight data for the first time. 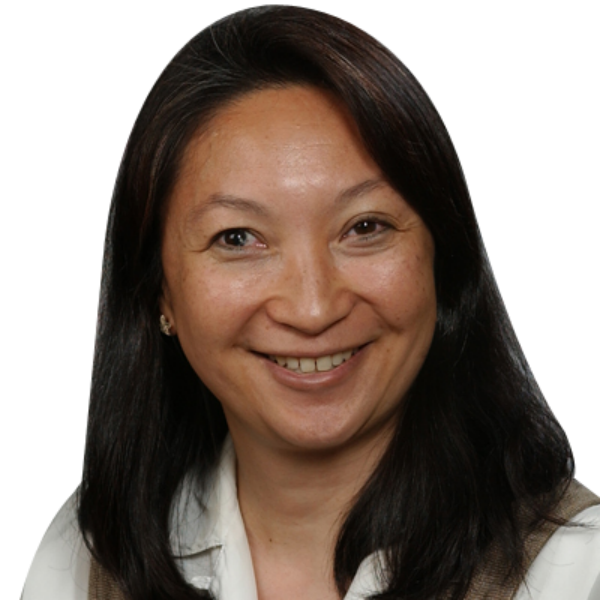 Dr Jean Sibonga is the NASA lead for the bone discipline in the human research programme at Johnson Space Center in Houston, US. Her association with NASA began at Ames Research Center in 1978. She is a lecturer in aerospace bone physiology at University of Houston and at the Johnson Space Center.

Dr Eugene Boland is chief scientist at Techshot, and has nearly 20 years of biomedical engineering and life science laboratory experience, with 12 years’ experience as a qualified principal investigator/project manager for commercial and government product solutions.
Post to: