The use of high-intensity focused ultrasound surgical ablation methods has grown significantly over the past several years, with the technique now spreading to other types of surgery. One such treatment involves the removal of tumours that can cause seizures in children. Colin Castle talks to Dr Prasanna Jayakar, chairman of the Nicklaus Children’s Brain Institute in Miami, about the revolutionary new applications for the technology.

In April 2017, a 21-year-old student was stricken with tumour-related seizures. Amazingly, the team at Nicklaus Children’s Hospital in Miami, Florida, were able to ablate it without a single incision.

Using MR-guided focused ultrasound – which was approved by the US FDA in March 2017 – doctors destroyed the tumour by using an MRI for real-time monitoring. They were able to ensure that healthy tissue was not damaged and the patient not only returned home the next day, but has also been free from seizures ever since.

It was not always like this, however. Undergoing complex brain surgery is among the most invasive medical procedures that a person can undergo; patients are usually hospitalised for days following their treatment and are at risk from a plethora of infections and complications.

“To reach that deep that you would normally have to go through ordinary brain tissue, and that’s what surgeons do by opening the skull,” explains Dr Prasanna Jayakar, chairman of the Nicklaus Children’s Brain Institute and one of the researchers behind this pioneering surgery.“To reach that site, you must go through the surrounding healthy brain tissue – there’s no other way.”

This procedure, which remains the global standard of treatment for seizure-inducing tumours, comes with an increased risk of bleeding, infection and possible damage to normal neurological tissues. For children who have had seizures before, there is a real chance of complications.

“These direct treatments have been used for a long time, and there are a lot of publications on the risk and complications of the standard approach,” says Jayakar. “This surgery offers a revolutionary way of avoiding all the risks and complications.”

Jayakar goes so far as to describe his methodology as a new frontier of non-invasive treatment that will have major implications for the future of these therapies.

“The technology that we are using enables us to destroy small lesions, such as small tumours, that produce seizures in the brain,” he adds. “We are looking to eventually focus other models where it can be expanded in clinical use.”

The research was also funded with support from the Focused Ultrasound Foundation, which has hailed it as a ‘critical step forward’.

“Expanding focused ultrasound’s reach into pediatrics is an important milestone for the technology,” said Dr Neal Kassell, the foundation’s founder and chairman. “It has been proved safe and effective in ablating tissue in the adult brain for movement disorders, and it is being investigated for soft tissue tumours and painful bone tumours in younger patients.”

One of the first cases the hospital worked on was one of hypothalamic hamartoma, a developmental lesion that causes epilepsy. It is typically located deep within the centre part of the brain, between the two hemispheres; using normal surgical techniques, it is very difficult to access.

Hypothalamic hamartoma is benign and very rare, occurring in just one out of 200,000 children and teenagers globally. In cases where the tumour does appear, it is known to cause seizures and cognitive, mood or behavioural problems.

“With this technique, it becomes completely non-invasive; there’s no skin incision, so the risk of bleeding, wound infection and trauma to normal surrounding brain tissue is minimised,” Jayakar explains.

From the comfort standpoint, this also means that the treatment is superior to current surgical methods. With no incision or actual brain surgery, recovery is virtually instantaneous and the child returns home the next day.

This new treatment is also preferable when accounting for the radiation therapy that is often required for removing tumours from the brain.

“When compared with radiation treatments, this is obviously very attractive to us because there is no radiation associated with using an ultrasound,” Jayakar says, adding that his technique means that clinicians can be more precise.

“Another benefit is that the ultrasound zones into a specific area and uses thermal energy or heat to destroy a specific location.”

The technology that we are using enables us to destroy small lesions, such as small tumours, that produce seizures in the brain.

As a result of this, doctors can monitor the progress of a treatment by employing high-intensity focused ultrasound surgical ablation methods, in combination with MR thermography.

“This allows us to simultaneously judge where the target is and if we absolutely need it, as well as the size of the ablation or the lesion that we are treating,” states Jayakar. “When combined with the fact that it is completely non-invasive, it becomes a really powerful new treatment option for many children and adults as well.”

Having been interested in this kind of technology and its possible use in treatment, Jayakar and his team approached the US FDA for approval to conduct the research. Thus far, work has been done on 18 to 22 year olds, who are seen as being the border between adult and pediatric patients.

“Once we’re done with the efficacy phase, we will go down all the way to age eight and above,” he says.

When compared with radiation treatments, this is obviously very attractive to us because there is no radiation associated with using an ultrasound.

The team at the institute are also interested in seeing how the technology can evolve for use in other treatments. “We are looking at expanding the clinical applications of the technology,” confirms Jayakar. “As well as lesions and the destruction of these, it is exciting to potentially open or change the blood vein barrier and the neuron network through neuromodulation. That is going to be the next phase.”

He regards this as an ongoing process, which would be able to explore treatment for younger age groups and eventually expand the scope for wider applications on neurological conditions.

“For example, there are tumours that may not respond to this kind of treatment as opposed to others,” he explains. “But there will be subsets that will be better treated with this.

There is a range of technical reasons behind this: the technique creates a certain amount of brain swelling, which prevents it from treating large areas, and it is important that the lesion can be heated.

“All lesions are not necessarily the same, so the effect of heating and the impact on blood vessels has to be considered as well,” says Jayakar, who also states that compliance limitations come into play as well.

“We are working with other institutions to expand nationally and globally, which means that we have to worry about other regulatory bodies.”

The team can employ several modalities to expand and improve upon its work, such as figuring out how to increase the focused ultrasound’s reach; thus treating the centre and surrounding areas of the brain. There are other possibilities, too.

“How can we implement this to start treating larger lesions?” ponders Jayakar, when asked about the key questions that the research may tackle in the future.

“How can we incorporate nanotechnology into this, so the two technologies can be more effective and complement each other when treating blood vein barriers and brain tumours?” he asks. “There are several parallel treatments that are being evaluated as we speak.”

Brain surgery is not the final frontier for medicine when it comes to highintensity focused ultrasound. In 2015, doctors at Keck Hospital of USC – which is part of the University of Southern California – were able to use the technology to treat prostate cancer and a kidney tumour, thereby avoiding the risky procedures that are commonly associated with these conditions.

There is little doubt that treatment will have a major impact on millions of patients. With the publicity that this breakthrough has garnered, enhanced treatment for children could be just over the horizon.

Focused ultrasound is a safe and effective way to ablate tissue in the brain. 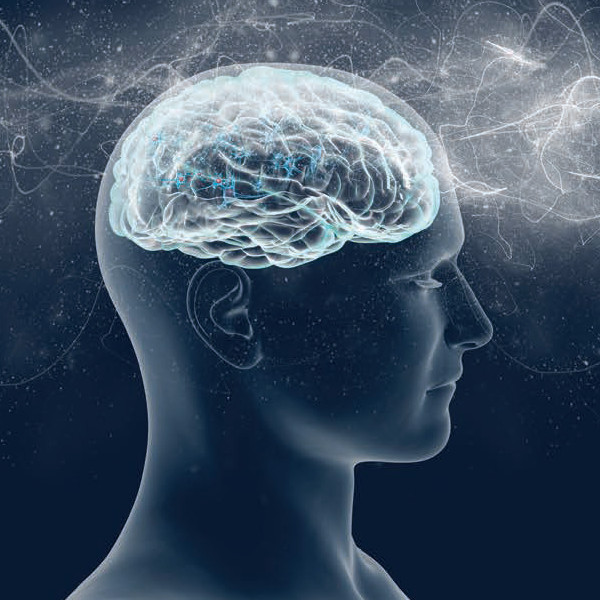 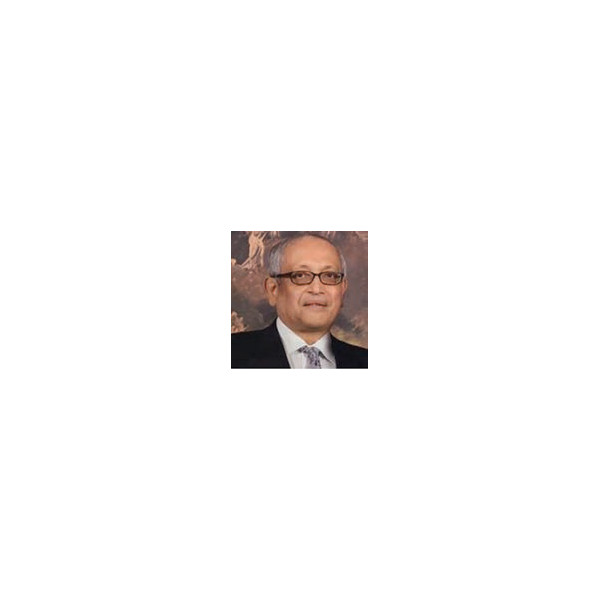 Dr Prasanna Jayakar is the founding chairman of the Nicklaus Children’s Brain Institute, where he is also director of the neuroscience center. Since 2003, he has also been a member of the Subcommission for Pediatric Epilepsy Surgery at the International League Against Epilepsy. 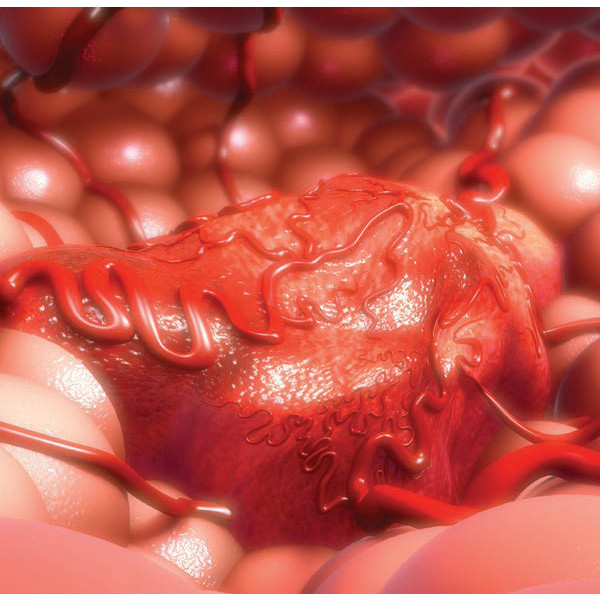