The struggle to diagnose rapidly is a significant cause of death from communicable and noncommunicable diseases in the developing world. Existing diagnostic tools usually require sophisticated infrastructure, stable electrical power, expensive reagents, long assay times and highly trained personnel, which are not often available in limited resource settings. BIVDA chief executive Doris-Ann Williams discusses the potential of point-of-care testing to address these inequalities.

Healthcare is dependant on information to help doctors and other healthcare professionals diagnose diseases or manage treatments and long-term conditions. About threequarters of this information comes from in vitro diagnostic tests (IVDs), which can be used to prevent disease by allowing pre-symptomatic treatments, screening at-risk populations and also be used to check for important markers, such as levels of immunity. IVDs are also critical in ensuring the safety of blood transfusions, making sure that the right blood type is chosen and that the donated blood is screened for infectious diseases.

The majority of people think testing is carried out in a laboratory in the hospital, and the majority of tests still are. However, tests are increasingly being produced that provide laboratory-level accuracy but are closer to the individual, allowing for more rapid diagnosis and onset of treatment. This is known as point-of-care testing (POCT) or near-patient testing (NPT).

Flexibility and ease of use

In higher-income countries, POCT is used in many settings within a hospital, such as accident and emergency, the operating theatre, critical care units and even on the ward. Such tests can also be used in the community, either by healthcare professionals within family doctor surgeries, at community pharmacies, by paramedics and other emergency services, or, indeed, by patients or their carers directly. They range from very simple tests such as urine dipsticks that show a colour change, to pregnancy kit formats and simple handheld devices such as blood glucose meters used by people with diabetes, right up to miniaturised instruments that function exactly like a laboratory instrument would. The main difference for POCT instrumentation is that it has been designed for ease of use by non-scientific staff. However, this does not mean that it is maintenance-free, so for POCT to be successful in patient pathways, training and support is required to ensure instructions for use are followed, the equipment is calibrated and checked, and it is kept well-maintained.

“POCT technology is being increasingly used to help people with long-term conditions to manage their disease and improve their quality of life.”

The other critical element is that the use of POCT is restricted to when it makes the best clinical sense to use them and that the tests are not performed just because they can be. However, with these caveats in mind, the use of POCT can transform patient care and relieve burden on healthcare systems. POCT technology is also being increasingly used to help people with long-term conditions to manage their disease and improve their quality of life. People taking warfarin can, if they want to, test their own coagulation times with a smallhandled device and then adjust dosage accordingly. This saves the person having to go and have this test done at a hospital or by a healthcare professional in the community.

However, it would not suit everyone, so it is an alternative rather than a replacement technology for conventional testing. Technology will soon be on the market that allows people with chronic anaemia to self-refer, only if their blood counts require medical intervention, which is better for them and also releases appointment times for other patients. There may indeed be a time in the next few decades where human diagnostics can be done at home, in a similar way to plugging a car in for diagnostic assessment at a garage.

POCT has been used by vets for longer than on humans. This is partly because veterinary medicine is practised differently to human healthcare, and partly because of different financial models and systems. However, hospitals are no longer being seen as the ‘solution to a medical issue’, but, with obvious exceptions such as accidental injuries, heart attacks and so on, referral to hospitals should be avoided if possible. This is particularly the case with older patients where they become weaker, more susceptible to nosocomial infection and often are unable to return from the hospital to independent living.

In Oxford, UK, for example, there have been emergency multidisciplinary units for some time. Geriatric patients are referred to these and POCT is performed, with about 80% of patients then being treated locally and remaining in their own homes. This has proven to be a win for the local population and the healthcare system, and is one example of how POCT can make a significant impact financially and socially.

POCT is also invaluable in a number of other settings. For example, it is much more desirable to diagnose and treat prisoners away from hospitals, where possible, for not only reasons of safety but cost as well as. Workers in remote locations such as oil rigs can be triaged rather than being flown straight to treatment, perhaps unnecessarily. One example was on an island off of Scotland where it was not thought to be affordable to purchase a POCT system for drugs of abuse.

It only took one patient, who claimed to have taken a paracetamol overdose and subsequently was airlifted to Aberdeen, to make the case for this equipment, as that one episode alone would have covered the cost of more than one POCT system.

“There may indeed be a time in the next few decades where human diagnostics can be done at home, in a similar way to plugging a car in for diagnostic assessment at a garage.”

However, POCT really becomes important in lower income countries where geography makes it difficult to access to clinics and hospitals. Therefore, POCT is developed to require minimal sample requirements by either volume (finger pricks to obtain blood instead of venepuncture) or by type (whole blood, urine or saliva being used instead of serum or plasma).

Tests are also designed to be as simple as possible without the need for water or electricity (although improvements in battery technology means this is less of an issue). They need to be durable to withstand extremes of temperature and humidity, with long shelf lives. Even simple aspects like not requiring accurate timing to give results can be important, as this has also be shown to cause issues in some locations. Tests also have to be very inexpensive in order to be affordable. A number of charitable foundations and WHO support economically deprived areas to enable testing, particularly for infectious diseases. However, all these technical requirements do come at a cost in terms of development and manufacture, which is particularly challenging for the IVD industry.

Other technology is also supporting the use of POCT. Drones are being used to deliver medical packages, including HIV tests, to inaccessible parts of sub-Saharan Africa. Many discoveries in the area of microfluidics and microelectronics have come about because of the need to provide support for armed forces in war zones. Power sources, such as batteries, are improving and harnessing solar power in order to recharge, while digital technology – that enables the transfer of results, remote consultations and data handling – are also making a difference. This has to be coupled with how healthcare in remote geographies will develop over the coming years in a different way to the hospital-centric model that the western world has relied upon.

Clearly, the lower-income countries all have very diverse health needs depending on population density as well as geography. There are also complex countries such as India and China, where there is great diversity when it comes to accessing healthcare. POCT can help provide information in many situations, but in urban locations where labour is available, laboratories can still be the cheapest and most effective way to get results, emphasising that accurate test information is critical, not the method by which it is achieved. The most important things to consider are the cost and the ability to manage the tests so that the results are accurate and reliable, ensuring the right clinical decisions can be made at the right time for each patient or individual.

Technology of all types is improving lives around the world and that includes population health. Information is a key driver of this and IVDs are a prime example of the need for this information to enable decision-making in clinical situations, whether these are at critical times or in the general management and day-to-day life. The use of POCT is an integral part of the delivery of test information for many settings and it should be seen as an adjunct, not a replacement, for a laboratory service.

Microfluidics as an emerging platform for point-of-care diagnosis

Over the past two decades, microfluidic technologies have experienced significant growth in applications in the field of diagnosis. Microfluidics-based instrumentation has shown promising results in several of the main laboratory techniques, including blood chemistries, immunoassays, nucleic-acid amplification tests and flow cytometry. Microfluidics allows the miniaturisation and automation of diagnostic devices and has been touted as capable of supplanting (or at least complementing) LFIA devices for healthcare applications in point-of-care settings. It presents several advantages compared with LFIA technologies. These include: the ability for extensive use of complex multiplexing approaches and formats; the capacity for inclusion of sequential sample preconditioning steps of different types; reagent storage; the use of multiple steps involving reagent addition, mixing and washing; the potential for incorporation of centrifugal steps at various speeds; and the application of a range of detection strategies, leading to greater sensitivity and clarity of results.
Source: Biosensors 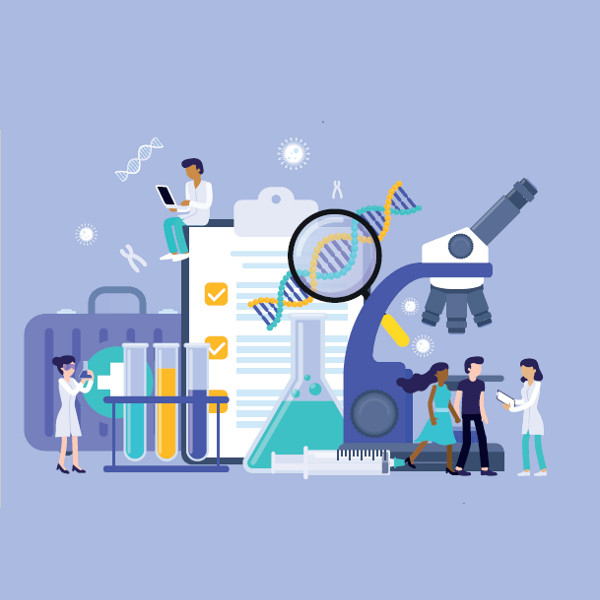 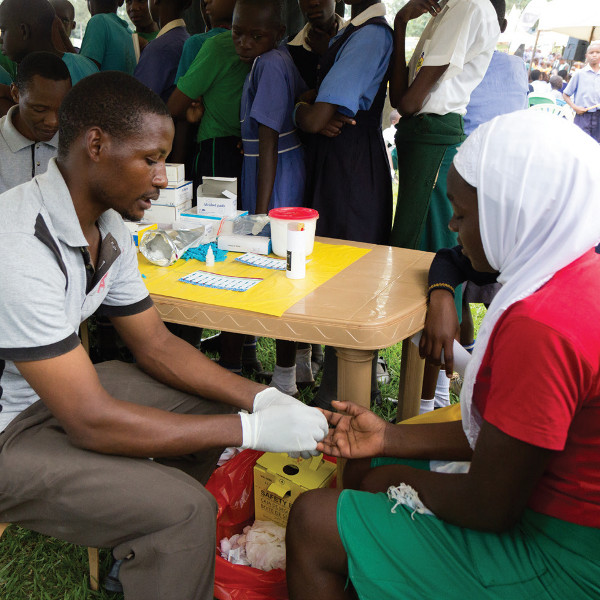 POCT developed with minimal sample requirements, such as finger pricks, are especially important in lower-income countries, where access to treatment is more difficult. 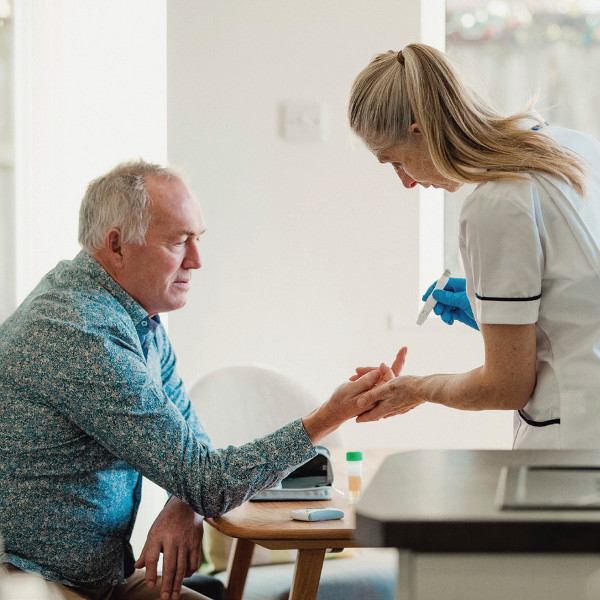 POCT makes a significant impact socially, allowing the elderly to be treated locally and remain in their own home.
Post to: